We are over the hump and past the summer solstice the days will begin to get shorter soon. Before then we have lots and lots of fishermen who need some sore hands from catching so many fish.  Every hand I have shook has been covered in cuts and bandaids from walleye after walleye.  The gill plate of a walleye has a thorn on the end and as you grab them they flare their gills and eventually you are going to get some cuts.  Especially with the numbers of fish our guests have been catching lately!  Fishing continues to be outstanding.  We have had a number of first time flyin guests recently and they have caught a ton of fish as well, one group which returned today from Jeanette lake said everything was beyond their expectations.

We have had big numbers as well as some trophies being caught and released.  A number of walleyes have been caught greater than 30 inches and the pike continue to be very aggressive in attacking walleyes by the boat.  Almost every group has come out of the bush reporting catching 2-7 pike over 40 inches.  43 seems to be the number lately with many trophy pike being caught and released measuring 43 inches in the past 10 days or so.

Here are some pictures from some of our guests taken in the past couple of weeks.

The Knip/Cradduck party have been with us for many years and fished their second home Blackbirch Lake.  They had an awesome time and caught lots of fish and welcomed a new member of the family to Blackbirch as well.  Burt’s grandson Justin.  During the first day he was already making plans for next year….. 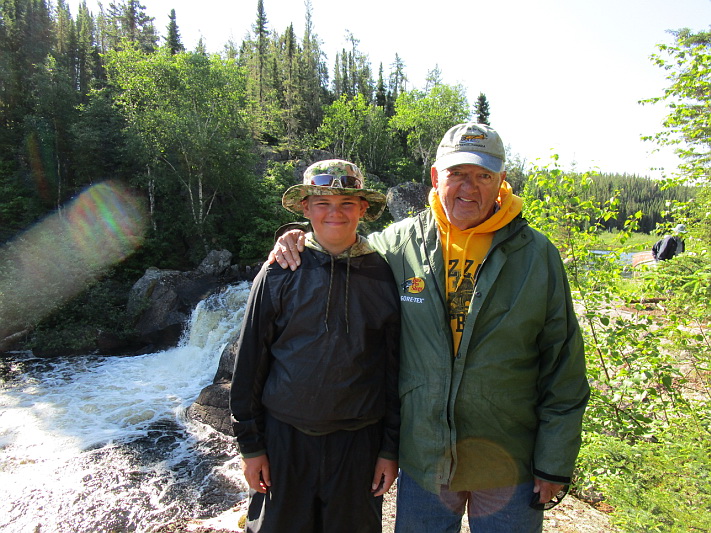 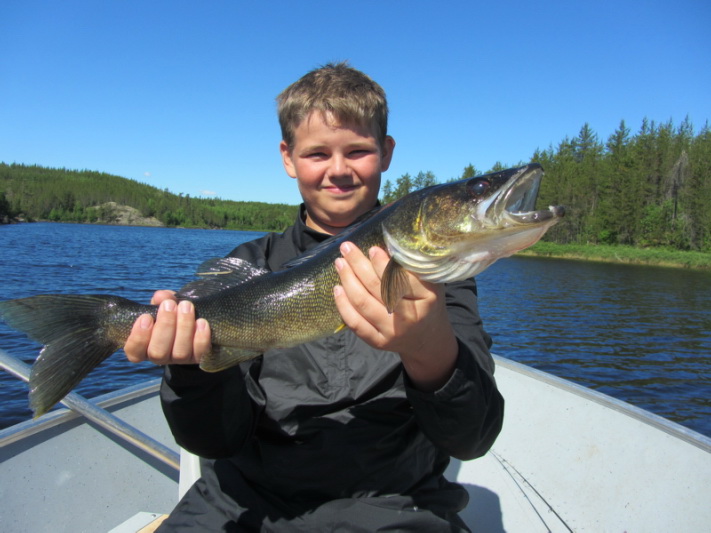 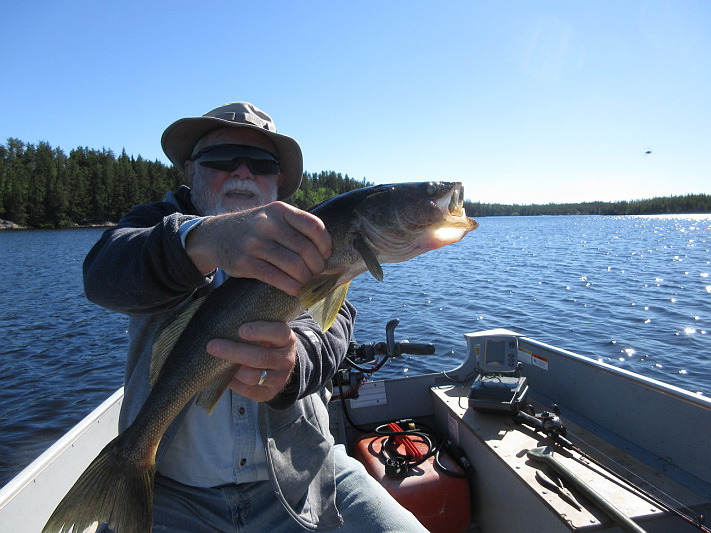 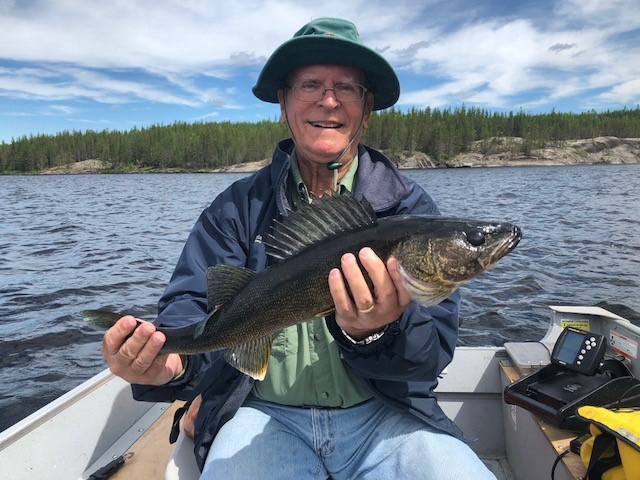 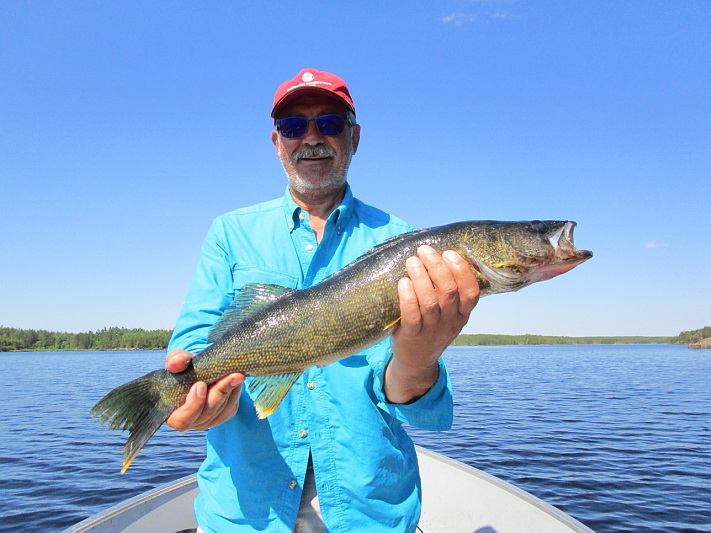 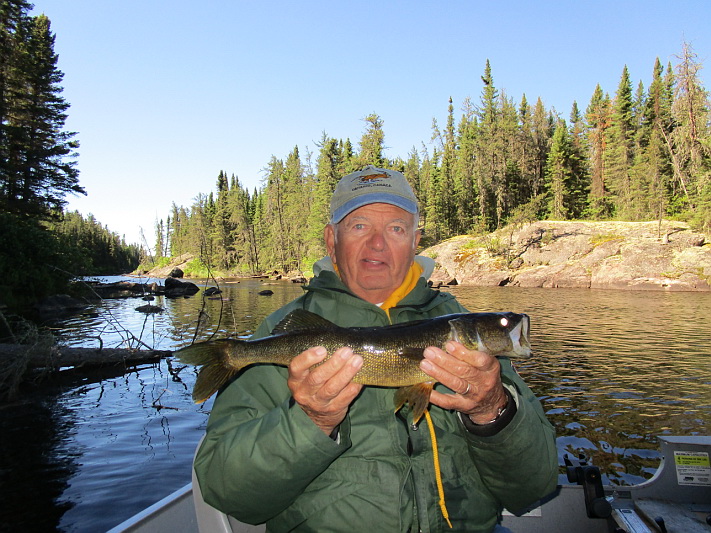 The Pusateri boys also fished on Blackbirch the week before and also caught some great fish and saw some beautiful sunsets. 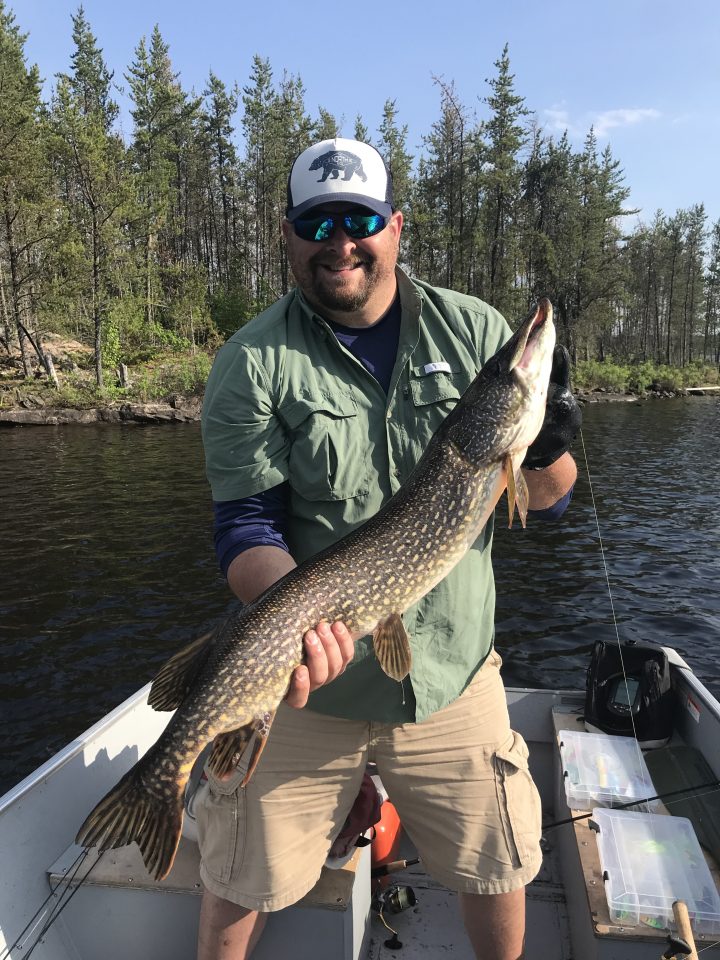 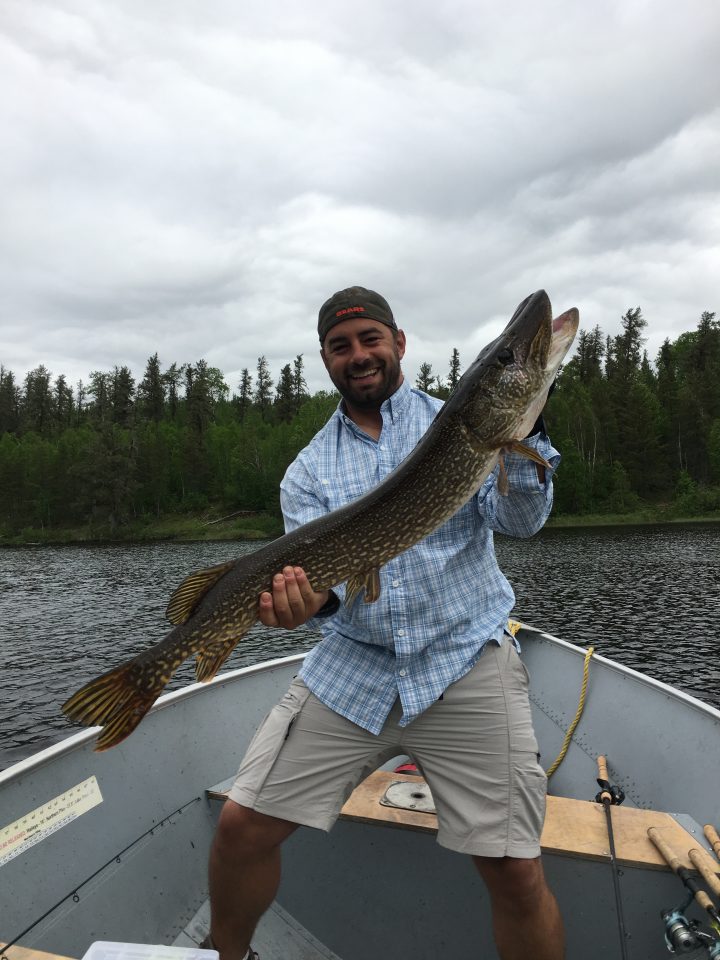 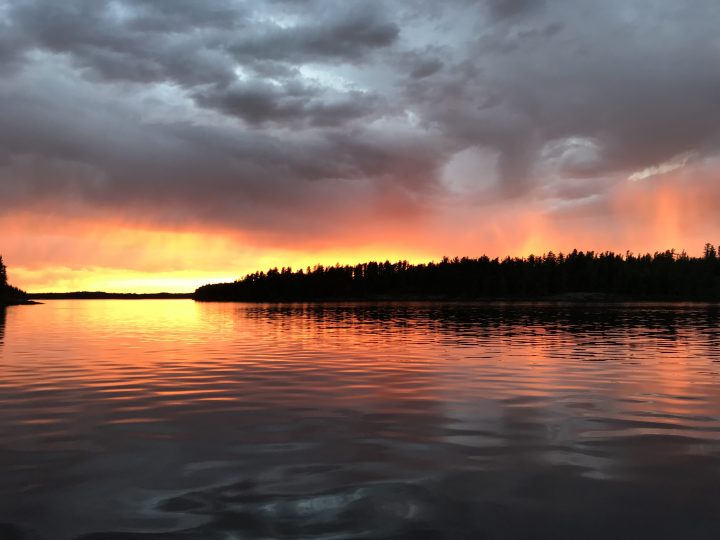 The Jorgensen Party fished on Cherrington and caught some nice lake trout measuring almost 30 inches.  They put up a great fight! 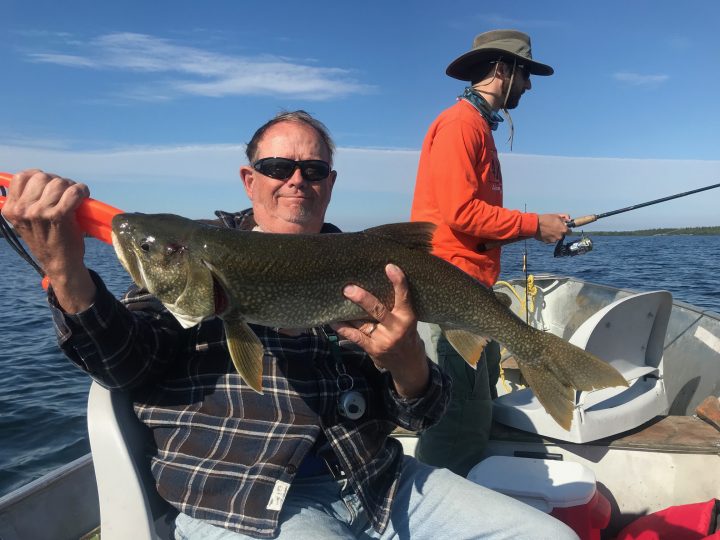 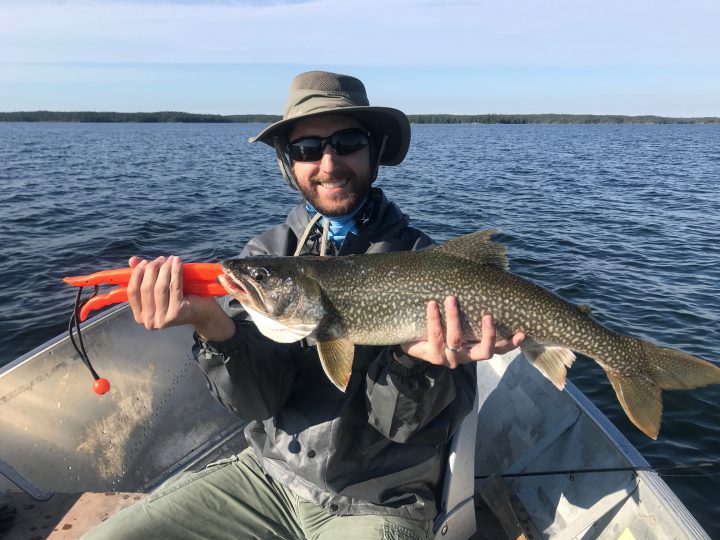 The Erickson Party made their annual journey to Cobham Daniel.  They had a great time and caught some huge fish in the heat! 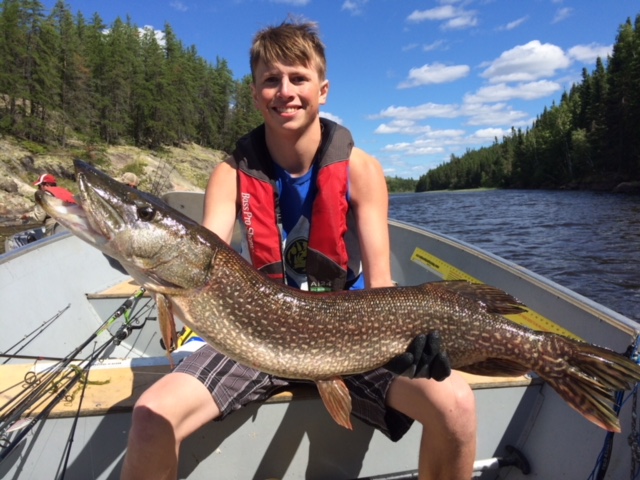 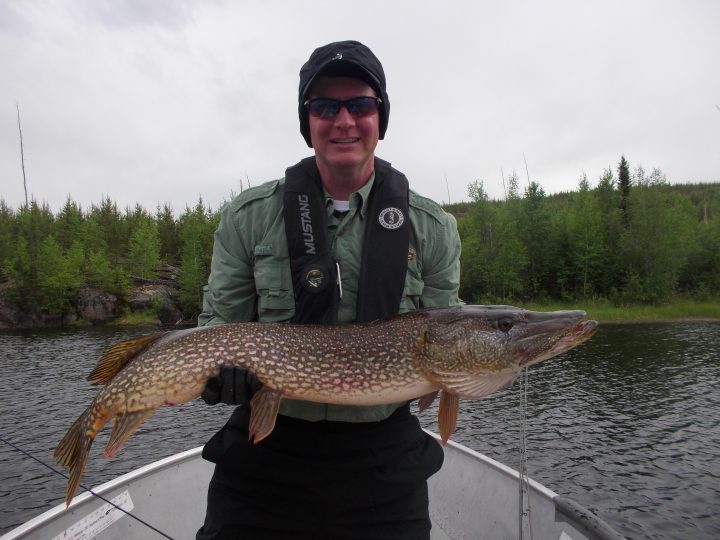 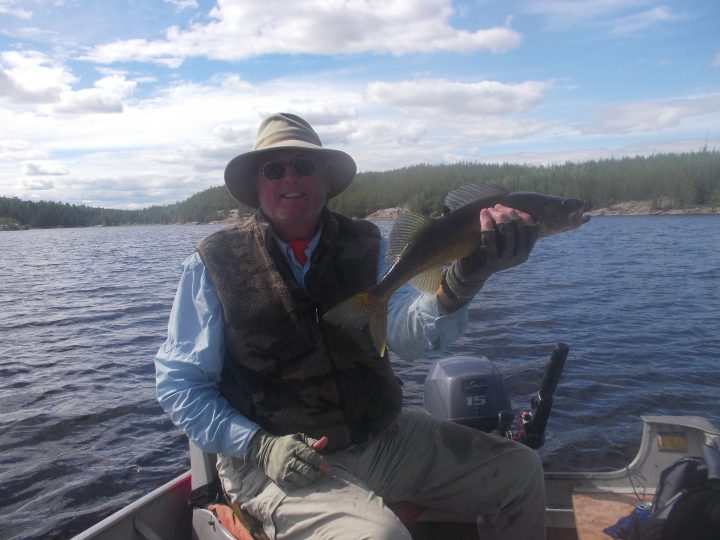 We have 2 prime August dates available on the Cobham in August!