The extreme heat has finally shown up in the north.  Yesterday was 90F and well over 100F with the humidex.  We have finally had more than a couple days in a row without rain.  Hopefully we can go on a dry stretch for awhile.  The stable weather seems to have settled down the fish and is keeping them in a pretty consistent depth of water.  12 feet or less seems to be the depth and sometimes in or near the cabbage weeds.  And as per normal for this time of year, the biggest Pike have been caught while walleye fishing.  Lots of fun on light tackle.  Big walleye are still pretty quiet for the most part with the biggest on most lakes being 22-24 inches.  There has been some 26 inch walleye caught on a few lakes.  The numbers are pretty much back into the crazy category at times so the heat has been good for fishing!!

The Lampe Family made their annual trip to Findlay Lake, just coming out this morning.  They had a bit of a delay with a foggy start to the day on the way in… 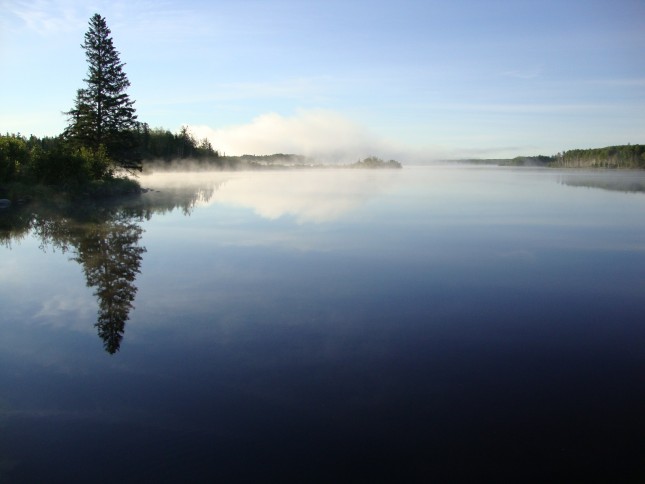 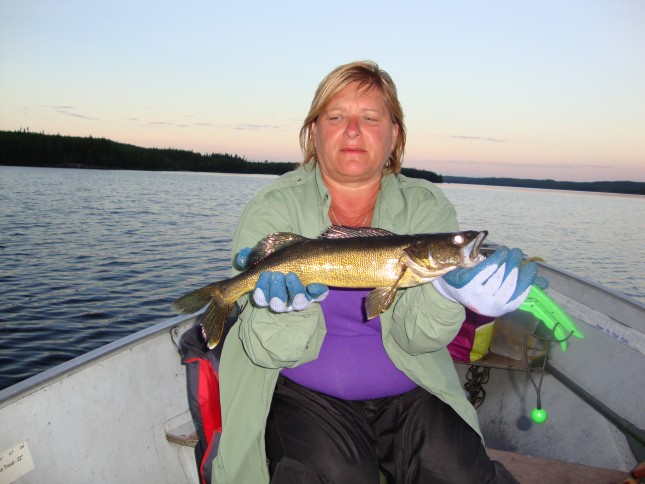 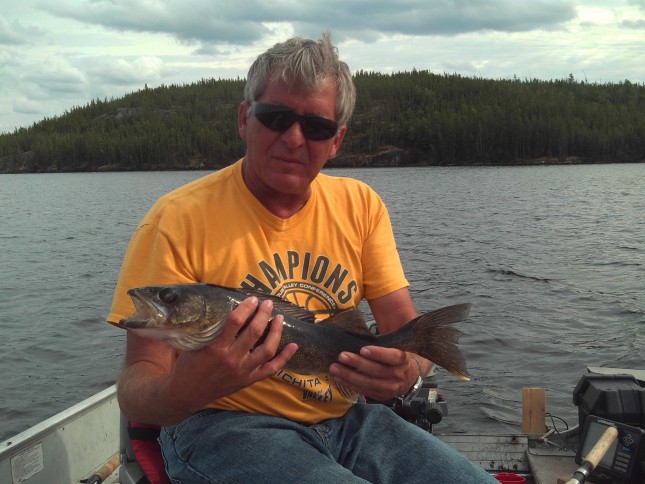 They caught lots of fish as usual but Findlay saved the biggest until the last day.  A 39 inch Pike!! 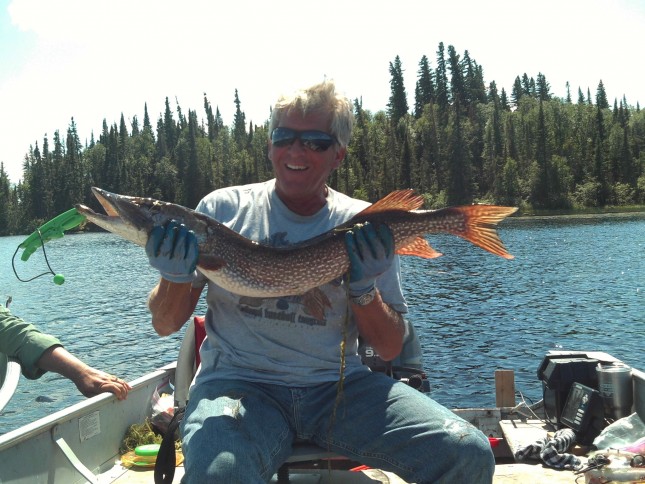 Here is an awesome picture from Mitchell Peppers of an eagle getting what he was looking for on Cherrington Lake. 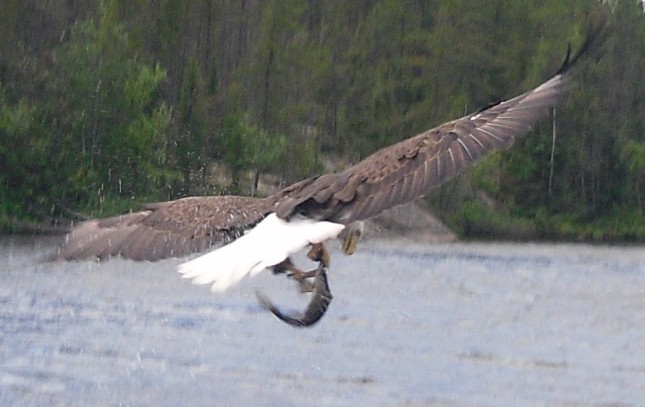 The Toft party fished Cherrington as they do every year in July and love to fish the Big Lake for walleye!  This year due to some windy days they fished more around the cabin and caught bigger fish than normal in spots where they don’t usually fish.  They caught some dandy walleye as usual. 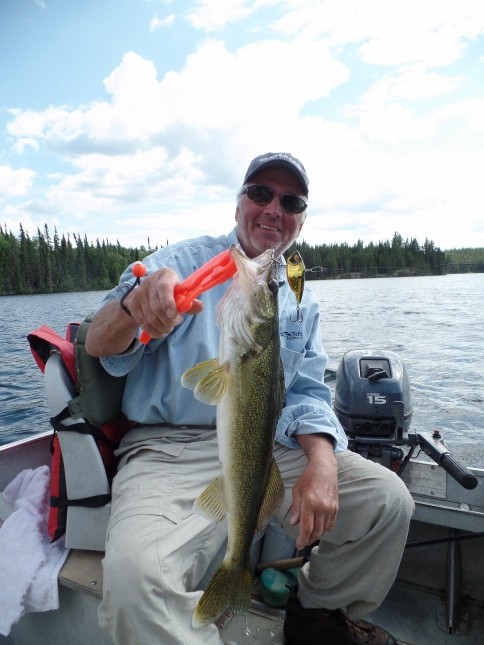 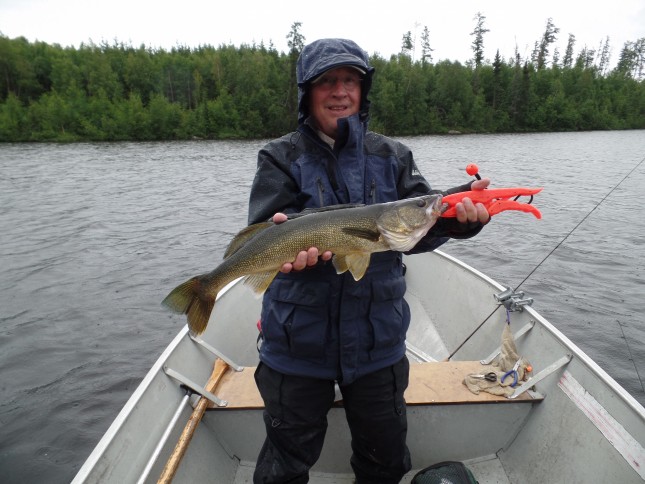 Even the perch are aggressive!  Jim had a double header! 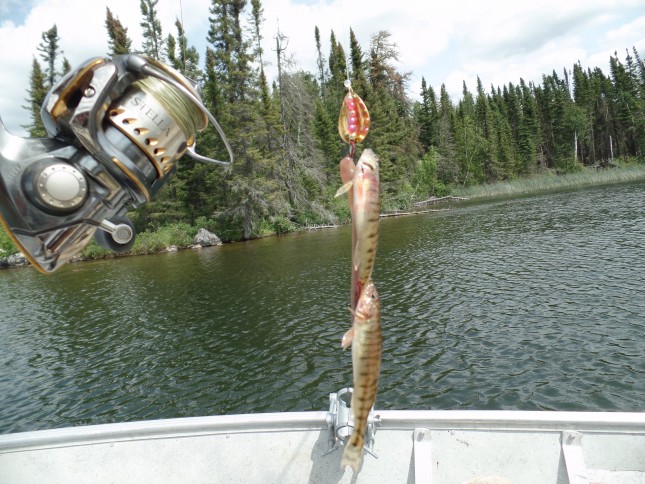 The Dougherty boys were at Loree Lake for the first time last week.  Terry and Dan have been our guests since we had a lodge on Deer Lake more than 20 years ago and now bring their nephew Ryan along.  They always have had good fish stories but never shared any pictures with us.  Ryan has broken that trend and sent us a few pics he took while fishing/ learning Loree Lake. 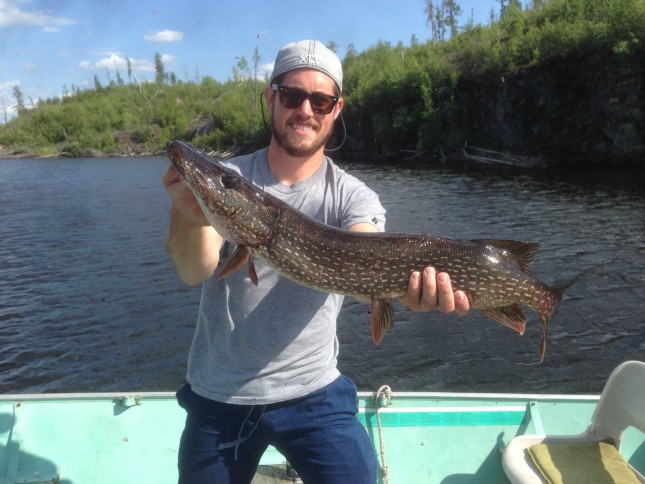 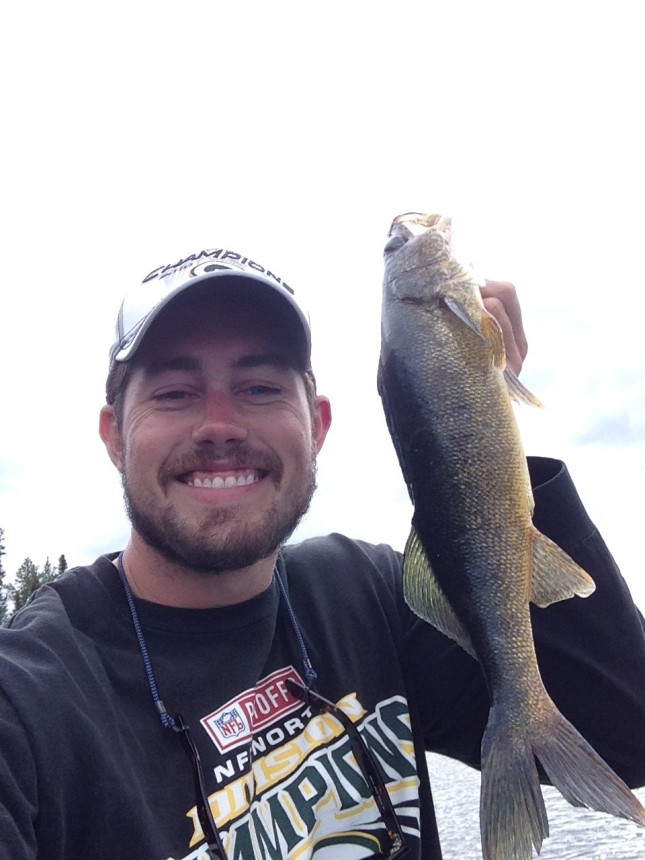 The Severy Party are Pike hunters and love the Cobham River.  They had another great year catching some Big Ones.  Here are a few pictures. 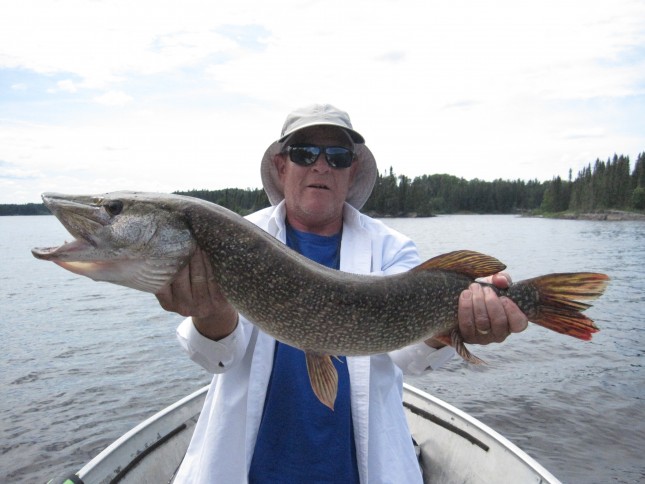 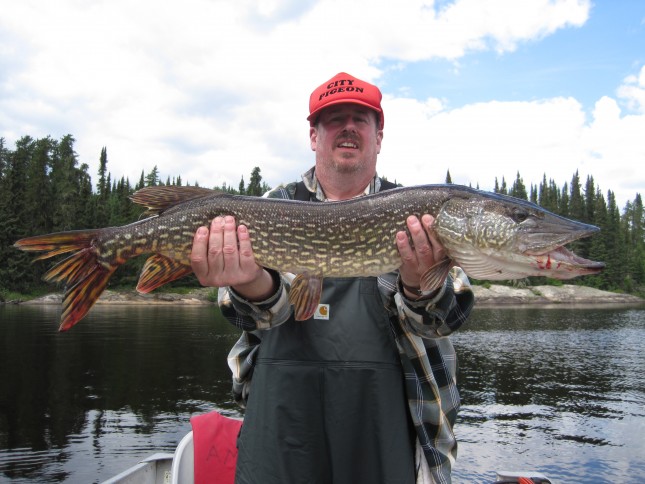 As we stress to all of our guests.  Please handle the fish as little as possible, getting your pictures and measurement as quickly as you can and get the old girl back into the water.  That fish will make someone else very happy one day to be caught again, only she will be bigger!

These guys have a homemade lure contest.  This one was pictured many times.