We have had a very good stretch of weather, sunshine everyday.  Not too much time has been spent inside the cabin at our outposts recently.  With weather like this everyone is out on the lake or on the deck.  All fishermen/women returning from the bush are sporting healthy tans and sore hands!  Fishing remains good, slower than normal from a couple of camps during the hot still days.  Many different depth still being reported as well.  The pike are also gradually getting bigger as we move closer to fall, more 39-42 inch fish caught last week than we have had in quite awhile.  The same goes for the walleye.  26-27 inch fish are starting to be caught and released more frequently.  Water levels are dropping as we have not had much rain in awhile up north, just enough to keep the fire bugs away.  Water levels further south at Jeanette and Dark Water are just right.

The season has gone by like a flash.  The end of the season is getting close.  A few more busy weeks of fishermen and then it will slow down and we will be closing and working on the camps, moose hunting and then it will be over for another year.

Here are some recent pictures from around the bush. 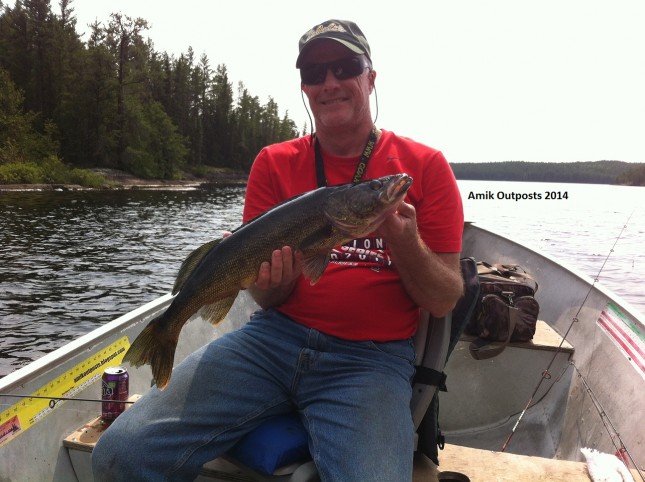 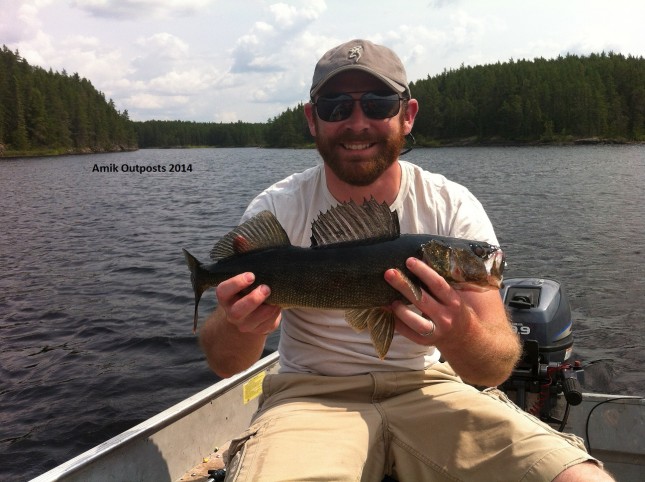 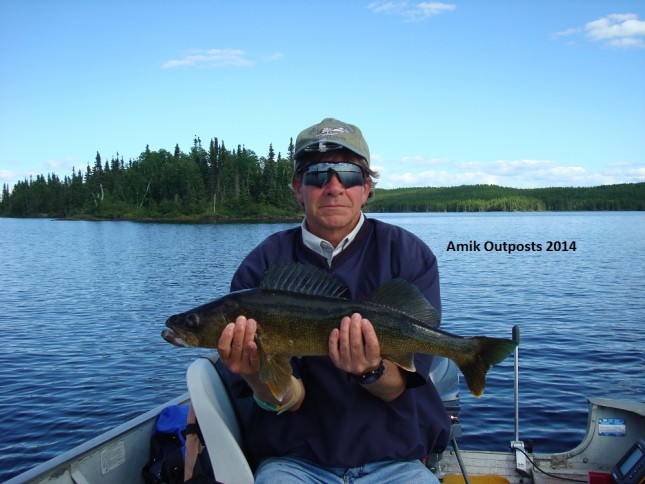 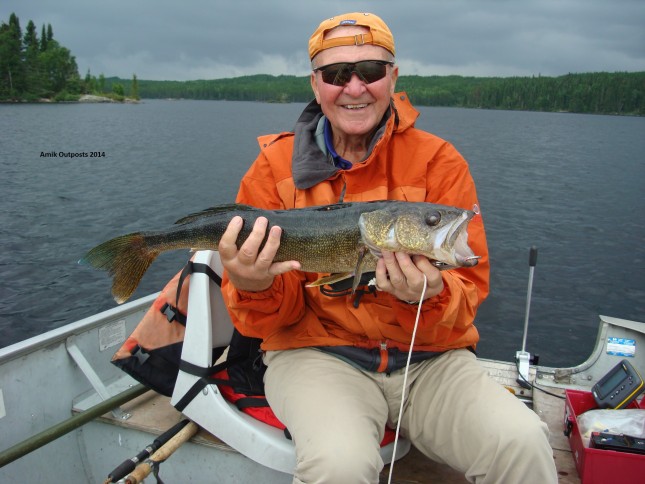 Loree Lake,  Patenaude Party, happy to be back, already looking forward to next year! 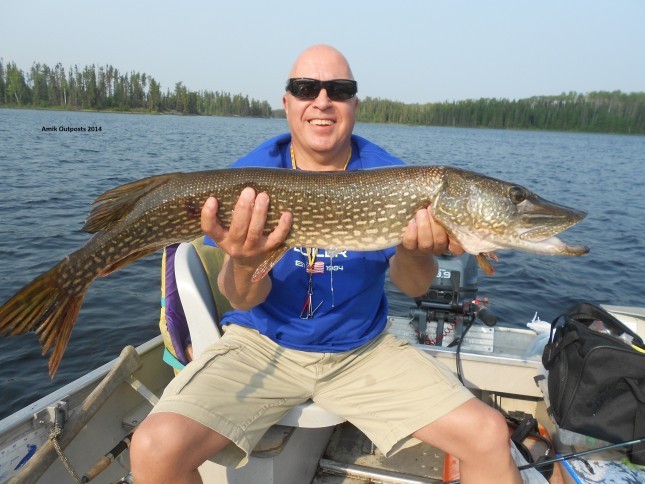 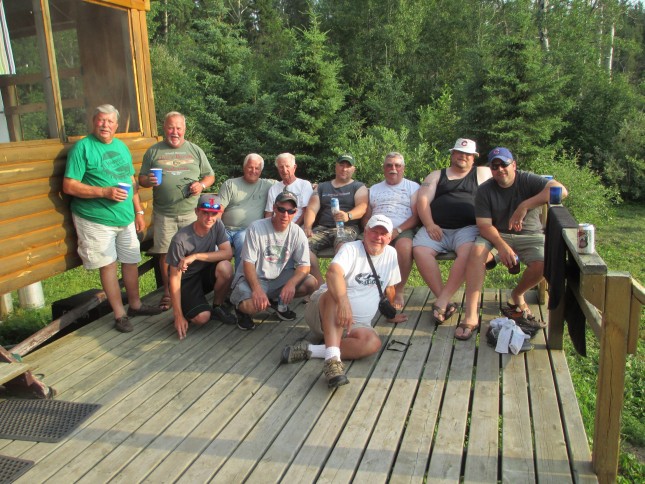 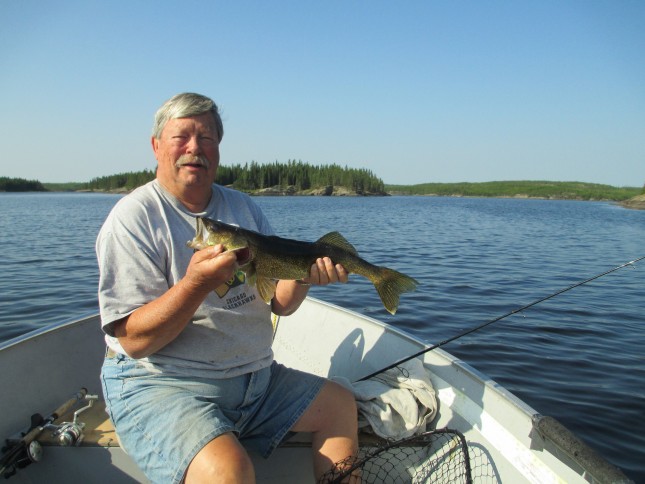 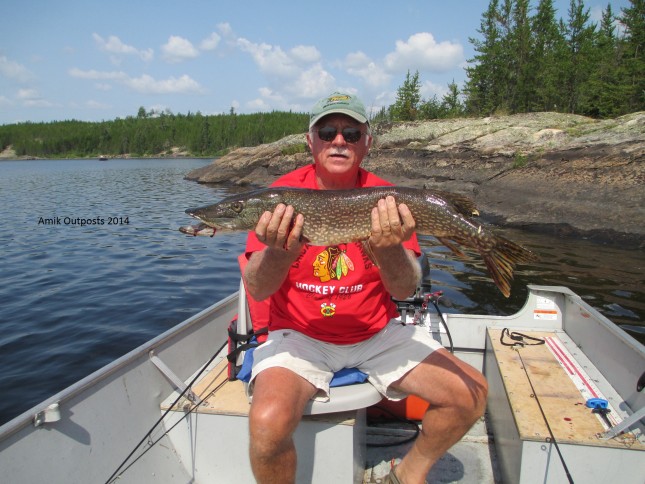 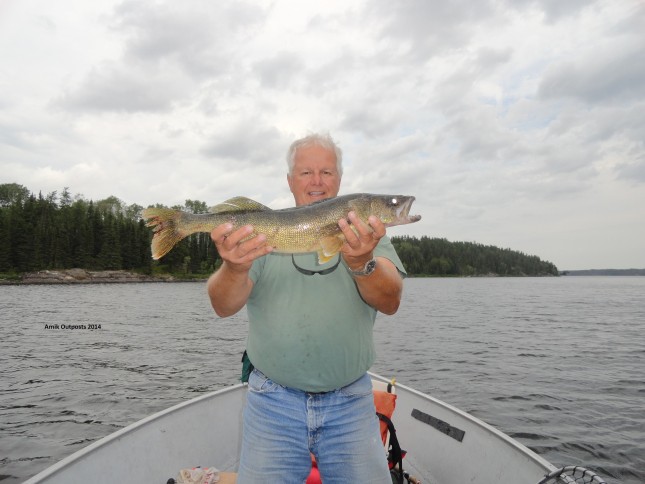 Dustee was happy to see these guys come back from camp. 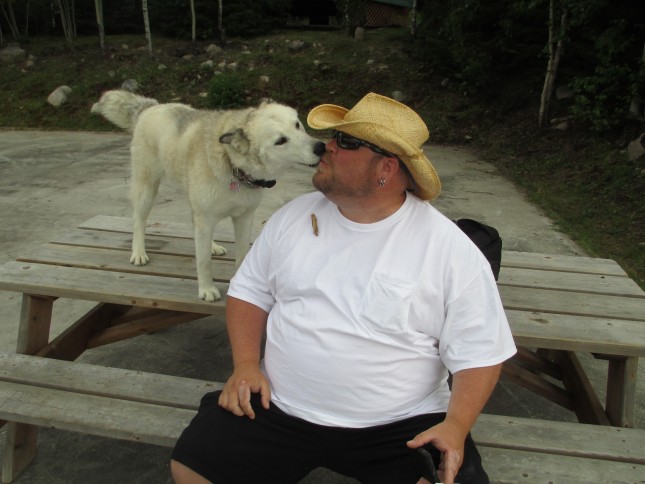