The season is almost half over.

The season goes by in a hurry when you are busy.  We have seen many new first time flyin fishermen lately and many old friends who have been with us for over 20 years.  Fishing has been very good, trophy walleye are being caught and released more frequently as time passes and big pike have been on the prowl too!

The Toft party loves Cherrington lake. They always catch some nice fish and this year was no exception.  Numbers were slightly lower than normal at times but the quality of fish was as good as ever.  Here are some of the pictures, 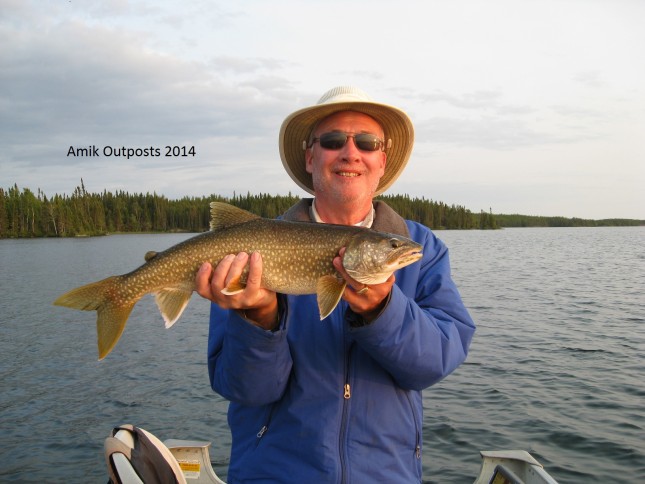 Marc doesn’t always make the trip with his dad, but when he does…he has the luck!  Here is a monster pike he caught last week on Cherrington lake.  A 42 incher!! 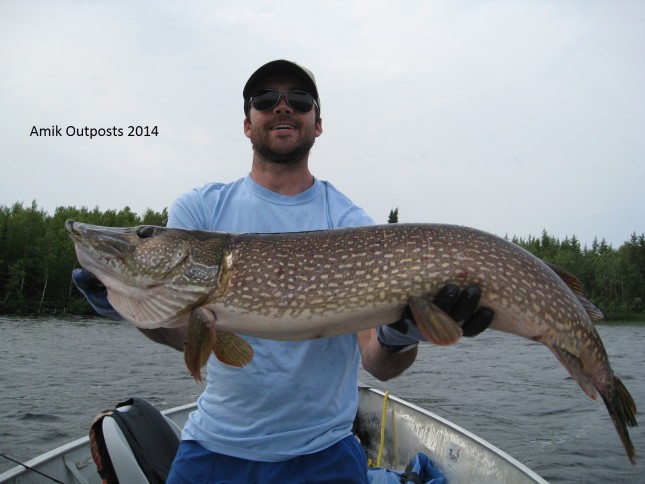 The Plesano party took their first flyin fishing trip to Dark Water lake.  Long time friends who have fished bass together for 20 years but had never caught a walleye before.  They had no trouble on Dark Water.  The fish were everywhere and they found out that pike like walleye as much as they did with a number of big pike attacking walleyes right next to the boat.  They learned a lot and hope to make another trip in the future.  Being all by  yourself on a remote lake is a unique experience. 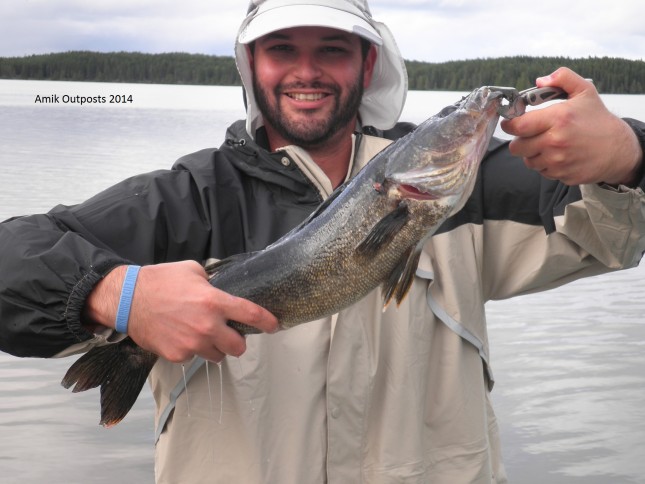 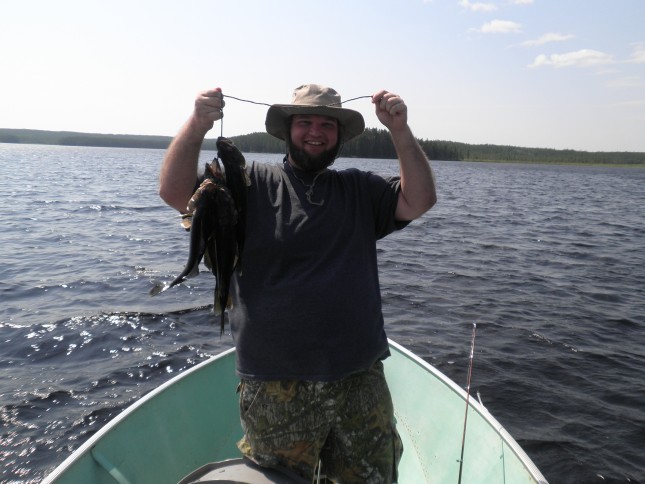 The Weber party has fished many of our lakes but seem to have found a home on Cherrington Lake.  They know where to fish since they have learned the lake well and now it becomes a hunt for the trophies each time they go back.  This year they had no troubles finding big fish.  People are always amazed at the average size of the walleye on Cherrington…BIG and THICK! 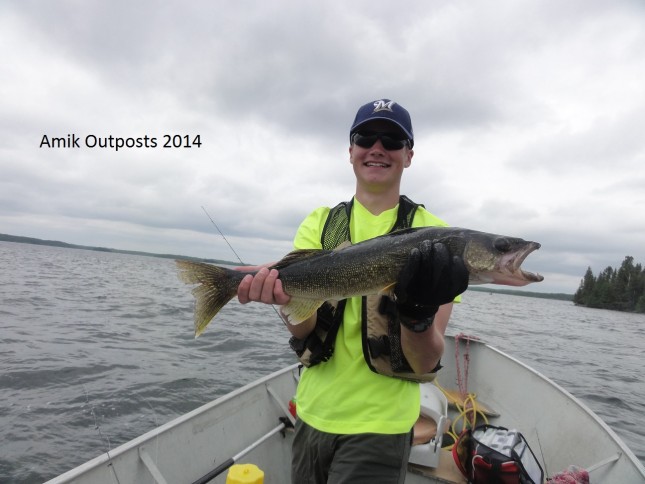 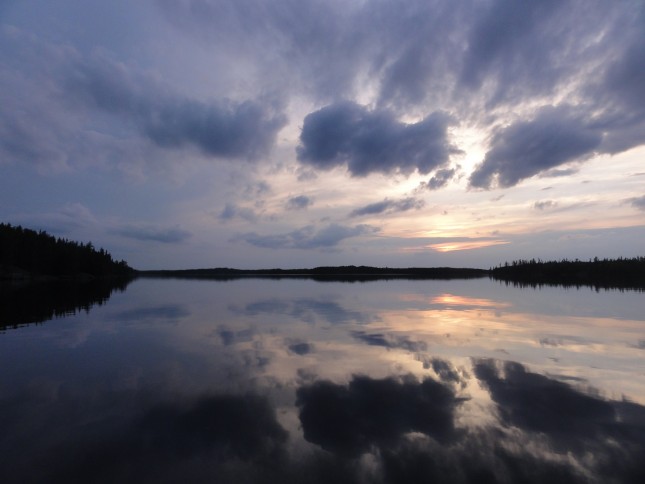 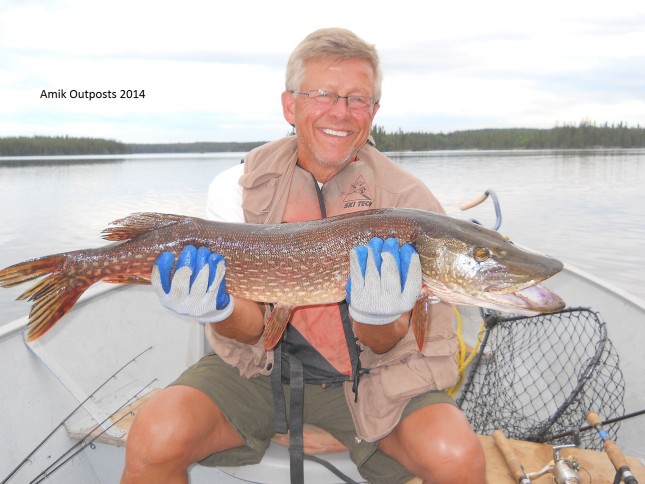 We continue to have lots of wind up here.  Wind is good for fishing but sometimes it can be too much.  It can be hard to keep the boat in control to stay near the fish, you may drift too fast and not be in touch with the bottom, and the driver usually gets soaked back trolling in the waves.  Our lakes are generally not too rough but it is still harder to fish in heavy winds.  Hopefully we will get back into some stable weather in the weeks ahead.