One of the rarest sights you will ever see.

The Dubblede party has been fishing with us for quite a few years.  They have found their home on Loree Lake.  They know the lake and have no trouble finding fish.  This year was no different.  They caught fish all the time but due to the unsettled weather over the past couple weeks they had to be constantly adjusting their tactics.  It rained at some point on them everyday while they were up there but the fishing during the rain was exceptional.  At one point while all 6 of them were fishing together in the rain they had a double, then before any fish could be landed, a triple, and before Mom could say “It would be great to have 4 at once”, they had the quadruple!!!  They caught quite a few big ones too.  Scott had the biggest walleye of the trip measuring 26.5 inches. 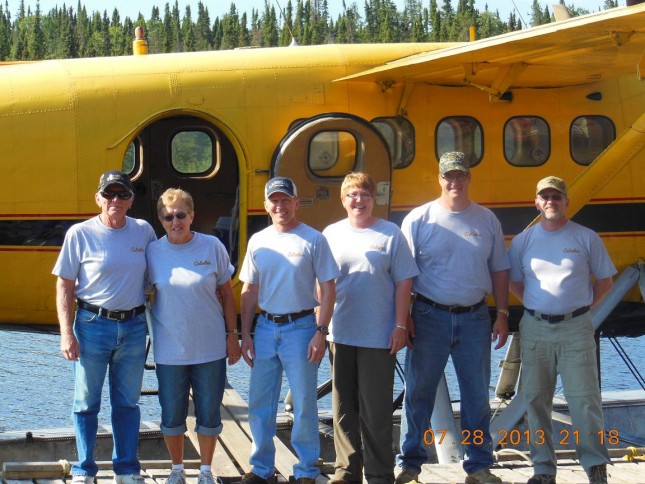 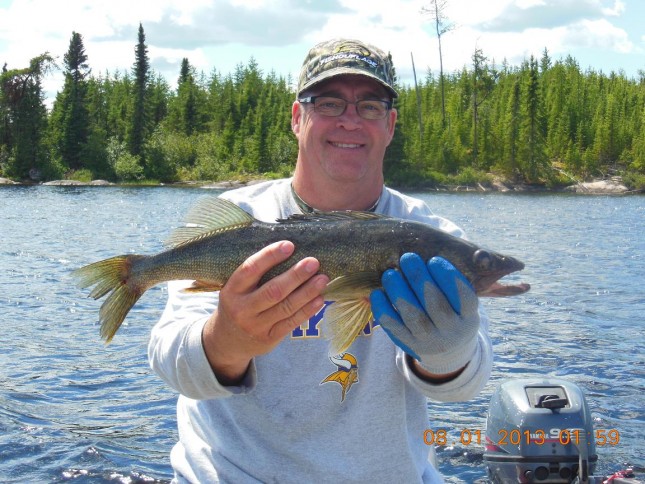 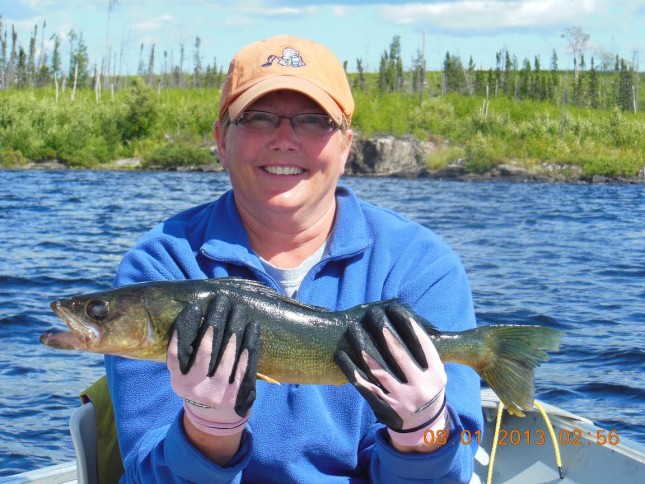 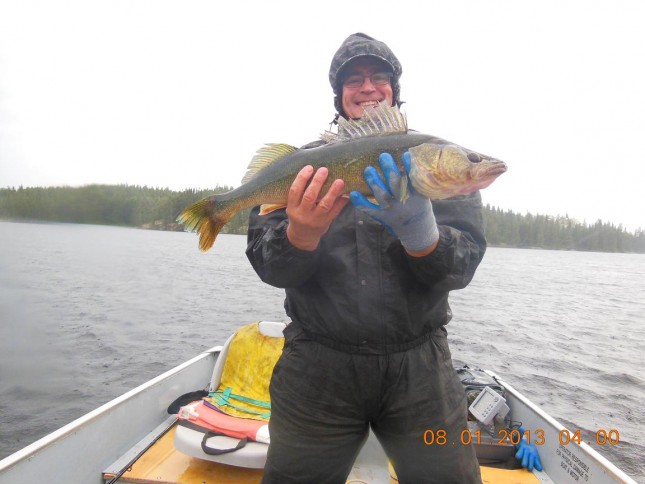 During their stay on Loree Lake they adventured to check out the outgoing falls.  Other guests of ours reported seeing a dead moose in the rapids with his horns on.  Moose do died in the ice during the winter from time to time.  Either getting chased out onto thin ice by wolves or by crossing the lake and falling through.  This moose must have died between November and January because his horns are in prime shape.  Since the fire it is pretty tough to get along the edge of the falls but the Dubblede’s forged forward to see them. 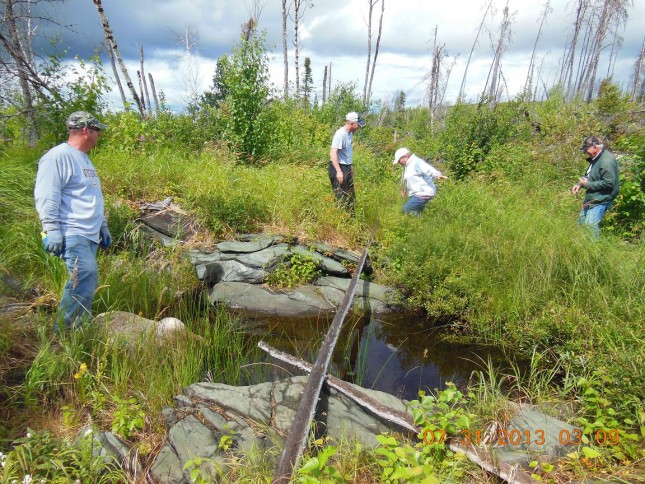 As they got to the edge of the falls they saw this unbelievable sight! 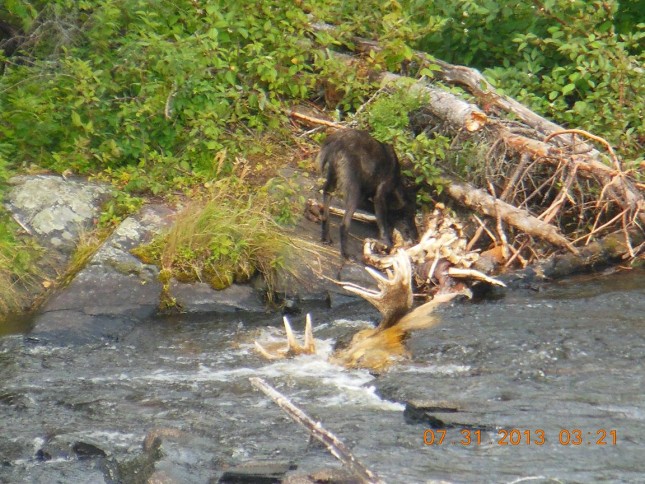 Seeing a wolf feeding on a moose carcass is a sight that very few people will get to see.  A black one at that, the dominant. Look at those eyes!!! 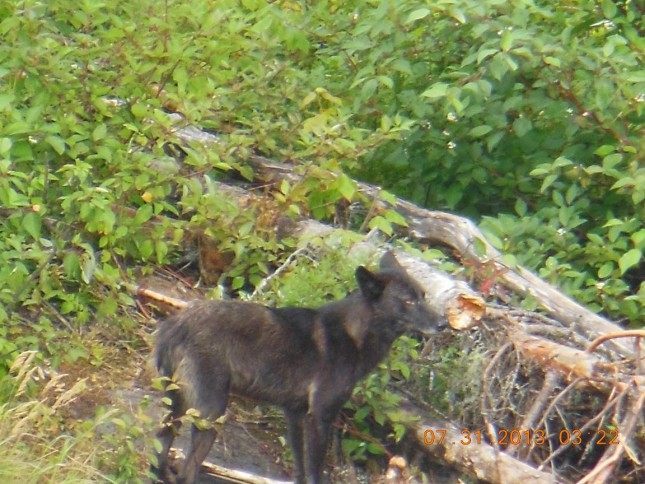 After a couple of quick pictures they snuck back to the boats and left the wolf to finish his meal.

Thank you for the fantastic pictures Diane.