Hockey players love to fish too!

My old buddy Dick Hoene was back last week and brought some friends with him. A bunch of old and young hockey players. Dick is a great fishermen and had his work cut out for him with a few novice fishermen in the group. When the first fish was caught one of the new guys pulled a pair of channel lock pliers out of his pocket to remove the hook. Not exactly your ideal tool to remove a deep lodged hook from a fish. But by the end of the week that same fishermen caught the biggest fish of the trip! Is it the guide or is it the fishermen?

Here are some pictures of the great time they had:

How would you like to face off against these 2 monsters? 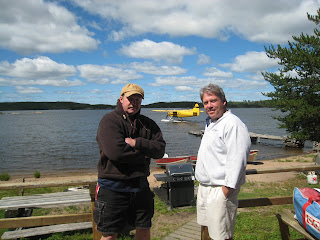 A couple of young wingers from Minnesota were in the group and were pretty excited to start catching fish. They caught a lot! Here is a nice walleye! 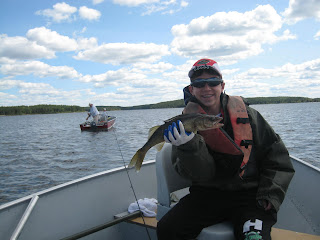 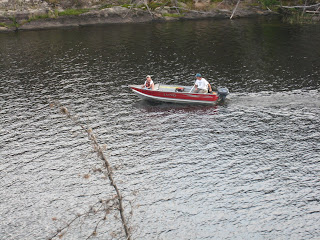 It was very hot at times last week and the best way to cool off is just like this! Please make sure the water is deep enough before attempting the cliff jump though! 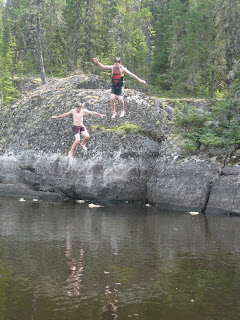 There were hundreds of fish caught this size. Dick alone caught 850 fish for 7 days of fishing! 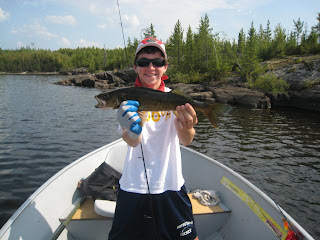 A giant pike is the sure way to ensure a return customer. This is a very healthy fish. Head the size of a shovel! 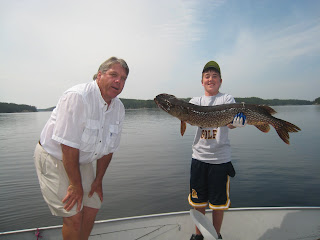 With the young guys along there was lots of exploring to do! This is up in the old burn from 4 years ago. 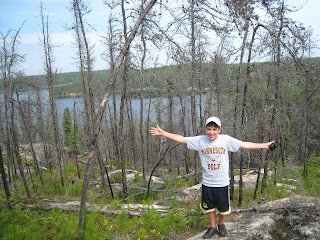 The rookie with a beautiful golden walleye. A fat 26 incher! Great fish. 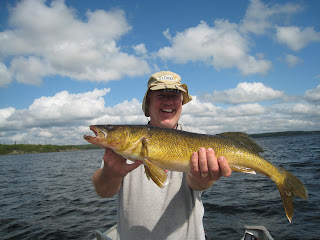 There continues to be thunderstorms every few days. This one in the distance is almost done. You can see the anvil shape at the top as it blows out with a nice “red sky at night, sailors delight!” 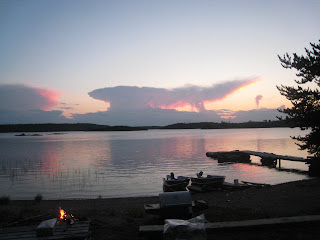 Good times had by all, and good for the boys to spend some time in the bush. 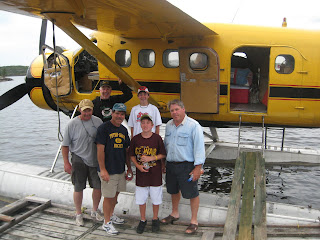