It has been very windy up here for a couple of days which makes it hard to hold the boat in the spot you want to be but fishing has been good enough that it didn’t matter. Findlay lake continues to produce huge walleyes! Here are big ones that speak for themselves. These guys just came out this morning. 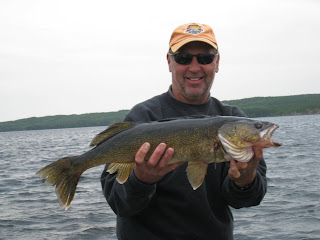 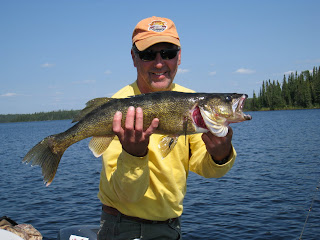 This sure looks familiar…..Here is last years post. They catch these quality of fish each year! 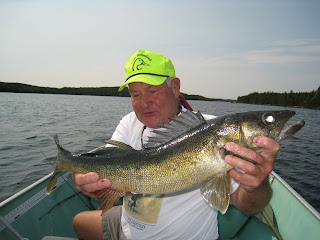 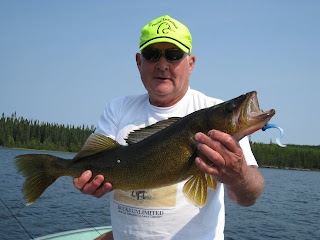 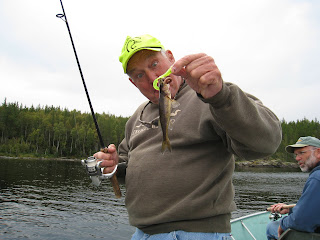 Cherrington had the Halepeska boys there for 8 days and they saw many types of weather and caught a lot of fish. The biggest northern were caught in a short period of time. In 4 hours Mark and Don caught a 39, 2-37’s, a 36 and 30 inch northern pike. The walleyes had to be hunted with the ever-changing weather but they caught mostly 20-22 inch walleye.

Loree has the widest variety of visitors from around the globe! Austrians, British, Danish, Canadian and American fishermen have come to fish the waters of Loree lake this season and last week we had some more Danes from Toronto. Never had they been on a flyin before but were prepared and ready for their adventure. They learned plenty and said they caught lots of fish during the last week. Smiles from ear to ear! It is great to see someone who was not sure what they were getting themselves into on the way in to the bush and then so happy when they return.