Things are pretty normal in the North.

Here is a video from the Berg family who fished Shearstone recently. 4 brothers and their sons spending some time in the bush. They had a great time and are looking forward to the next one!

We continue to give our guests memorable vacations as the summer seems to be flying by. The end of July is fast approaching and it is Norseman Days this weekend. Hopefully the weather will cooperate and Rena and I will be able to go to town for a few hours Saturday night to enjoy the festivities. 🙂

Fishing has been great lately, numbers have been as good as ever with a few big northerns being caught on all of the lakes. The trophy northerns have been caught on light tackle mainly, when walleye fishing, of course. It makes for a better story when you land a 40 plus inch northern on 8 pound test, no leader, on a jig!

Here are some pictures from the Parke party, from California. 3 years ago they made a once in a lifetime trip for Alex`s graduation…. They loved it so much, they have been back every year since then and hope to return in 2011. This year they drove to Calgary Alberta and flew to Winnipeg, then rented a car and drove the rest of the way to Red Lake. There are many ways to get yourself to Amik Outposts for your “once in a lifetime” trip! 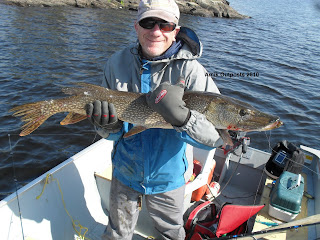 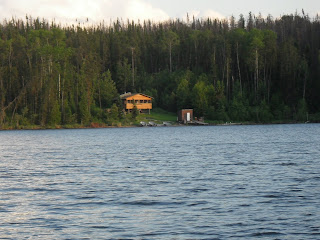 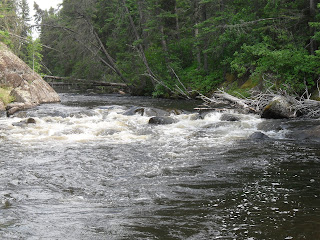 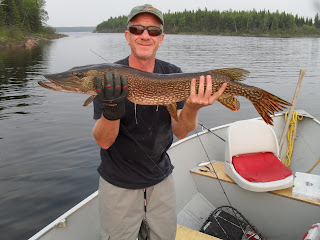 There has been a lot of happy people as always fishing our lakes, here are a few highlights:

Weber party, Findlay Lake. These guys try a new lake each season and had some good luck on the walleye factory called Findlay Lake. Gary, the leader, schooled all of his buddies… one day alone he caught lots of big fish! 22, 23, 23.5, and a 24.5 inch walleye. He also had the largest walleye of the trip a 27.5 inch fat walleye.
Hundreds of walleyes were caught by everyone in the 20 24 inch range. They were really impressed by the fishing on Findlay.

Rizzo party, Cobham River. These guys are very easy going and love the peaceful serenity the north has to offer. They never elaborate in much detail how many big fish they catch but this year they reported catching at least 5 fish in the 40 plus inch range. This group has fished all over Canada but have been our customers since the very beginning, since Rena and I were at the original Amik Lodge on Deer Lake.

Van Houweling Family, Cherrington Lake. Don from Iowa is another customer whom we have gotten to be close to since he has been with us since the Deer Lake Amik days as well. Fishing a number of our lakes but falling in love with Cherrington and those big walleyes it has to offer. Don always brought up a company trip for years but has begun bringing his sons and more recently his wife and his daughter in-laws as well. Last year was the first time for the girls and as many of our customers know, last season was cold and wet. I hoped they would have better luck with Mother Nature in 2010! I was thinking a lot about these guys and girls this week as it rained off and on for 3 out of their 4 day trip this year. The saving grace this time around was that the temperature was a lot warmer and the rain was not so hard that they could not fish out in it. So many things play a factor in a vacation in the outdoors, the weather being the biggest, but Don and his family experienced some of the best fishing they had ever had. Walleyes were BIG, at least 50 walleyes were 4 pounds or better and the numbers were awesome! I was happy to hear that! Hopefully the weather will be nicer to them in 2011!!

Springpole Lake continues to be one of our Hidden Gems. Fishing has been awesome there. The Rigalto party came out recently and like every other group that fishes there commented on how round and fat the walleyes are! The fishing was the best they had ever seen and hope to be back in 2 years. The biggest walleye was 26 inches but they had at least 30 that were 20 to 24 inches. The largest northern was 38 inches and they had 3 lake trout on the line but were not able to land any after getting them to the surface.

I always enjoy my early morning flights and get to see some awesome sights. Here is the view from a few days ago. 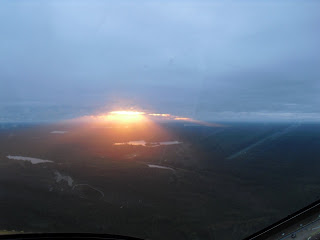