How would you like to be stared down by this guy!

The Rockford party has been with us many times as I have written about before, but this year they had a new visitor visit them in camp! Have a close look. 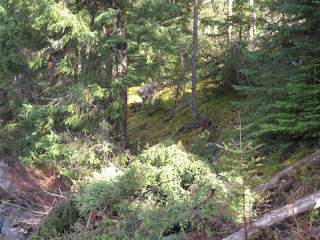 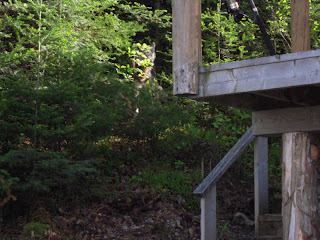 They saw this old looking wolf a number of times but none more closely than the first time. 6 feet away. He was headed straight for the fish guts, except they were still being filleted! Everything and everyone gets old, even the wolves. I suspect this wolf was a loner, pushed from the pack or could not keep up with the rest. Poor old guy. He never bothered anything, just went and licked the rock where the fishguts were dumped, looking for something to eat, probably never to be seen by human eyes again. 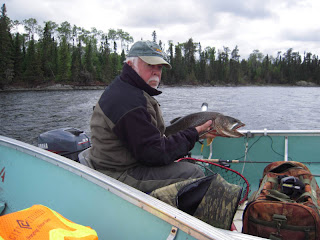 Thats right. Lake Trout! Right in front of the cabin.