Fishing is steady, walleyes beginning to move out a bit.

It has been mostly sunny and warm up here recently, but not to hot. The fishing has been quite good with the walleyes in 6 to 12 feet of water. I fished for awhile on Shearstone last week and caught lots of walleyes in 9 feet on a overcast day.

I brought the Weston party out of Daniels today and Larry, the leader of the group was ecstatic! This was their first trip with us, although he has been fishing Canada for 40 years, he had never caught a northern over 40 inches. Many 39’s but never breaking the 40 barrier. Well this week on the Cobham, he not only broke the 40 inch plateau, but caught and released a fat 43.5 inch northern. His boys said he did not fish as hard after that satisfying feat that was a long time coming. Troy caught a couple nice fish as well, 38 and 39 inch northerns and walleyes were nuts right in front of the cabin by the fish gut rock on the last night. What a perfect way to end the trip!

Here are some pictures from last week on Vee Lake. Mike W. and his buddies fished there for their first time and caught some big fish. 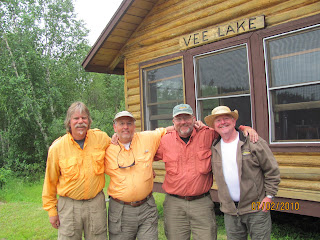 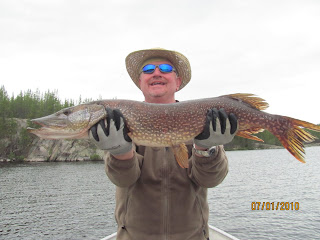 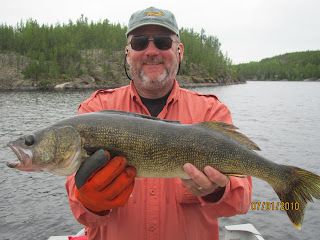 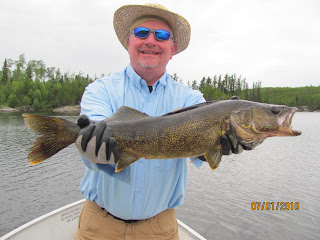 I love it in July when the best lure for walleyes is a 5 of diamonds!! 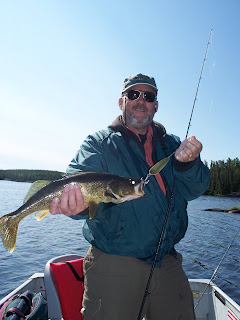