Most of our outposts changed over in the past few days and the fishing reports have been coming in as well. Most camps reporting slower then normal fishing early in the week and pretty good to great overall later in the week, a couple of lakes said the fishing was slow compared to normal for this time of year. We have more new pictures and stories to tell, I will get them up this week. There are some good ones!
The weather has turned to summer in the last couple of days and we had some fog around at 5 a.m. on Saturday. I landed to wait it out south of Blackbirch and it took 3 hours before it lifted but it was good after that and everyone got moved in and out safely, just a little late. 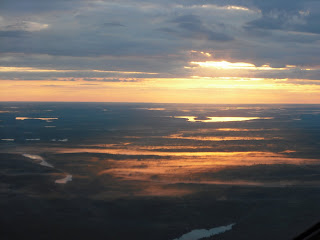 On Friday the team I was cheering for won the Cup, the Penguins! We were just leaving Cobham Daniel after working up north for the day as game 7 started. I was hoping for a good tail wind to take us home so I could watch! 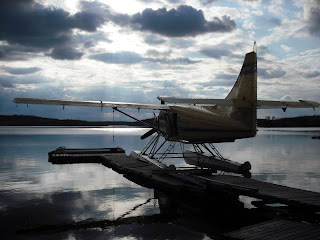 I went fishing with Nick on Thursday and he was so certain that the Red Wings would win!! The underdog prevailed. Fishing Findlay lake for a week will help heal the wounds of a crushing home ice defeat in game seven of the Stanley Cup Final!!!! 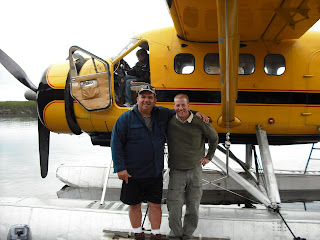