It is as cold as a witch’s you know what here in Manitoba, Minus 45 windchill!! Great weather for working outside allday!! And for Playing Hockey, we have one of the coldest rinks around. Sometimes it is colder inside than out!

Billy Mosienko who is from Winnipeg, scored 3 goals in 21 seconds for the Chicago Blackhawks in 1952 and that record was beaten on Sunday by a 11 year old winger on our team. We won quite handidly but Riley was on fire scoring 3 goals in 20 seconds! It was so cold in the arena that it was a good thing we only have 2 lines so no one has to sit on the bench very long:)

Here is Dradon, he didn’t see many shots so we had to keep him warm as he watched the play in the other end! 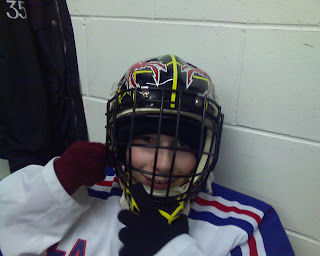 The Ice looks cool when you can see the cracks. 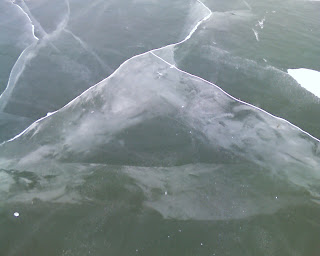 We found some more fish too. A place called Ernie’s reef, we always set there but never usually catch much for fish. There is a first time for everything!!! Usually by this time of year the fishing is not so good. Feels good to still be catching walleyes like crazy! 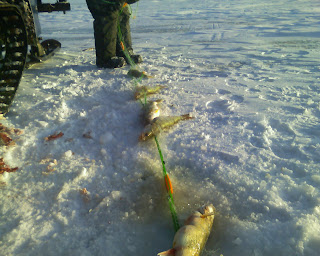