What were you doing at 5:15 this morning?

The days are definitely getting shorter now. My departure times are usually 5:30 but today I had a milk run on the first trip so I left a little early. There was 4 camps changing, Blackbirch, Vee Lake, The River and Loree Lake. All groups had an awesome time and will be back next year. Joe and his son, who were at Vee came all the way from close to Queens New York. They had never seen anything like this before. More walleyes than you can shake a stick at. And the Miller Party was at Blackbirch, a great group of people including David’s Mom who is 84. She is making plans to be back next year and we look forward to seeing them again. Loree lake had Juan and Tim B. Party. Juan is a good friend of another guest of ours who goes to Blackbirch and is very well outfitted for the bush and I noticed on the way in that Henry had borrowed Juan a lot of his gear, because his name was on it:) Henry is due up here next week. Nice to have friends like that eh! These guys came from all over to meet up and go to Loree. Michigan, Ohio, Minnesota, and Arizona I think, Hope I got it right. Anyways, they had a lots of young guys and they had a Blast. Making plans for the next trip.

Some old friends went to Vee today. Rob and Diane. Diane unfortunately broke her leg a few days ago and was bound and determined to make the trip. This is Rob’s second trip, usually he goes to Loree where he entertains some clients from Denmark (where I am a celebrity apparently) 🙂 I ended carrying Diane from the Otter to the picnic table. She was much lighter than a Propane tank. Rob commented that she should not expect that treatment all week.LOL But she was impressed how flat and level it was there and she would have no problems with getting around.

The best story today came from the Cobham River. The McDaniel Party was in there for 7 days and had seen it all, weather wise and fishing wise. They had 5 big Northerns come and attack fish that were already hooked. Landing just one of them but getting pictures of several still in the water.

I will let the pictures speak for themselves. Remember to click on them to enlarge them. The first 3 are from this morning as I gave Balmertown its wake up call. Nice sunrise today. 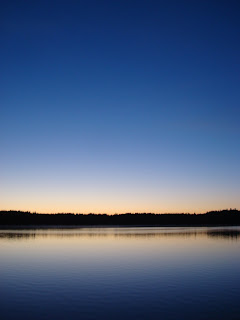 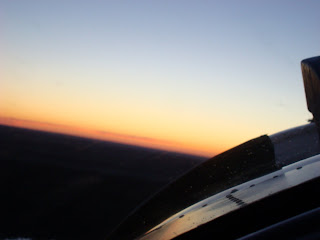 So smooth this morning I went all the way to the water on Blackbirch with out touching the controls, keeping her straight with only the rudder and trim. 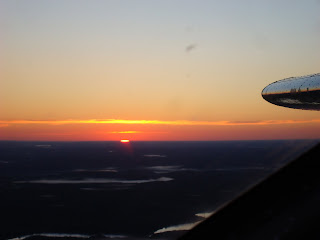 Here are the Pictures from the River Boys 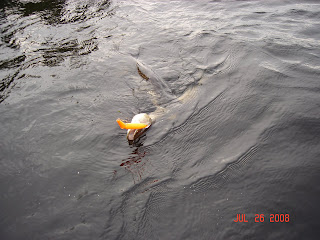 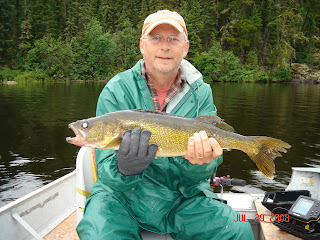 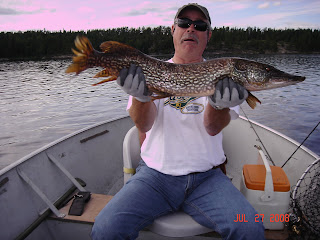 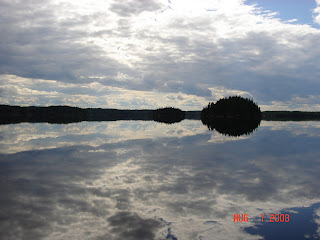 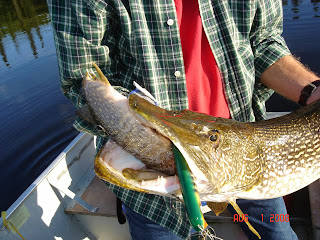 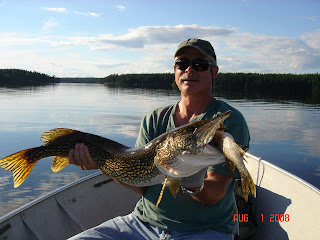 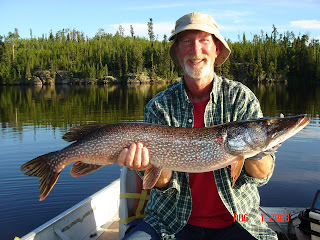