I love having my coffee watching this happen! 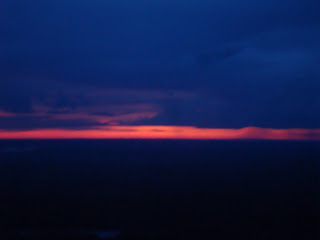 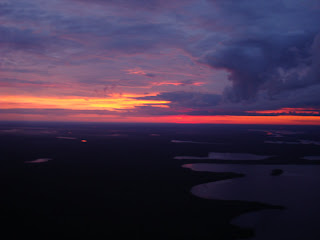 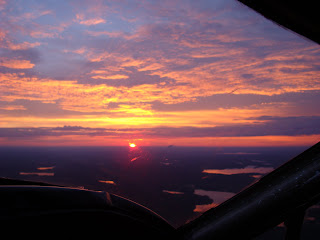 The weather was pretty nice today, I had 3 trips to do and it is always appreciated to have good flying weather. Nice and warm and very light winds. No taxiing today! Had 3 camps change over and fishing was quite good this past week, even though there was 3 days with hardly any wind and really sunny. Good for drinkin beer but usually not the best fishing weather. The fishermen this week proved that theory wrong! The main reason is that they kept moving from place to place or tried trolling to locate a few fish. Walleyes were caught anywhere from 6 feet to 20.

The Trewyn party came out of Springpole and reported that the fish this year were bigger on average but they caught a smaller number they figure overall. They had a great time and explored the lake from one end to the other. They even took home some more Pristine lake water to make the Finest Springpole Ale!

Findlay Lake had some experienced Blackbirch Lake fishermen on it this past week. The White party has been frequenting Blackbirch for many years and decided last year that they would like to give another lake a try. They were not disappointed! Landing a 27 and two 26 inch Walleyes. I bet next year they will do even better as they learn Findlay better.

The Novotny boys had a very enjoyable trip to Vee Lake these past 4 days. It was fairly calm and warm but it rained almost every afternoon to cool things down. Most nights they came back to the camp at dark…. Which is 10:30 at night. They had a 23 1/2 inch walleye as the biggest and a nice 38 inch Northern! Andrew told me on the way out that there were many times where they had trouble catching fish under our 18 inch size limit. All walleyes were 19 21 inches at times. Here are some pictures courtesy of Andrew. 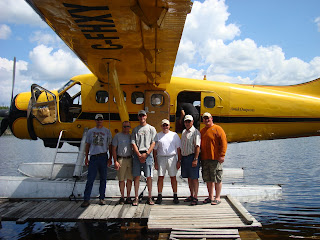 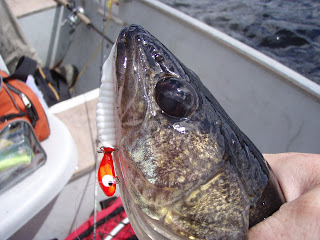 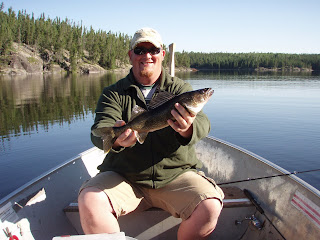 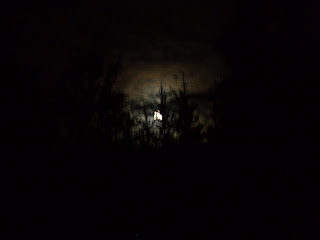 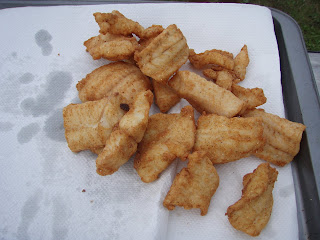 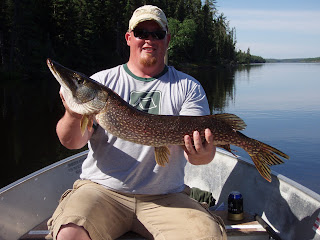 When it gets hot, the Spruce Beetles start to fly around. I wonder how they taste? 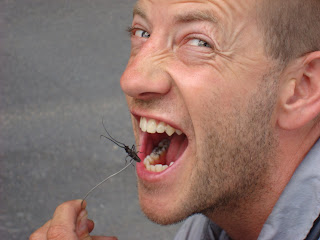