Cherrington, Cobham, Blackbirch as good as ever!!!

It is nice to have Great Fishing… but I notice that people are much happier at the end of their trip if you have great fishing and great weather as well. It does not have to be a solid week of sun either. As long as the people in the bush have had a mixture of everything from cloud and sun with a little wind, they are generally alot happier than if they had 3 days in a row of rain… go figure:) The temperature this past while has been great. Not to hot but warm enough to fish in a t-shirt. Nice tans all around.

Blackbirch had an old acquaintance return for his annual trip. Wes P. has been fishing Blackbirch since Charlie Weyhauser built those cabins in the 1980`s. He always makes the portage over to Namiwan and did very well in there this year. Catching a 28 inch walleye and a 39 inch northern. Preston, Wes` grandson who is 7 years old, made his first trip to Canada and was sooo excited going in and out. When I picked him up I could see that he had a story to tell me! A Bear had come through the camp! He took me up to the cabin and walked me everywhere the bear had been. He showed me where the bear sniffed and licked the BBQ and Fishcooker and where he left. His eyes were huge! Definately nice to be a part of that experience.

Vince`s Italian Kitchen was open for business this past week at the Cobham River as well. The Rizzo Party made their way north and had some good times. Good weather and great fishing. My crew and I stopped there this week to do a little work and were invited in for lunch. It is nice to be able to spend some extra time with our guests and get a little extra work done on the camps. Largest fish for the week was a Huge 43 inch Northern(hope to get those pictures soon) and a 28 inch walleye. Elliot had a average 27 1/2 inch northern on the line when all of a sudden away he went. There was a battle taking place and finally Elliot won. But the real loser was the poor 27 1/2 inch northern. Rena saw the picture and she said that it was almost shredded. Elliot told me that the head of the attacking northern was Monstrous.

The Van Houweling party fished Cherrington recently and had perfect weather for fishing out on the Big Lake. Light winds up there and lots of big walleyes. The water temp out there was 5 degrees cooler than the water closer to the cabin. Meaning the walleyes were shallower and sometimes in 4 feet of water. Pretty much every walleye was over 20 inches. July is a great time out on the Big Lake of Cherrington.

Here are some pictures from a recent trip on Shearstone Lake Lonnie and his son shared with us. It was his sons first trip to Canada and he loved every minute of it. They had ever changing weather but the fishing was Perfect! 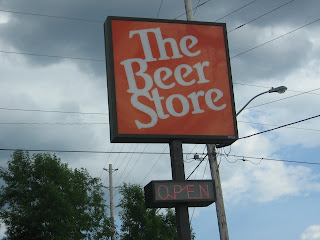 I just had to put this one up.. Most trips start here when they start shopping! 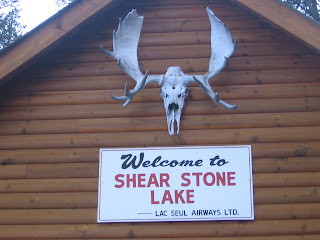 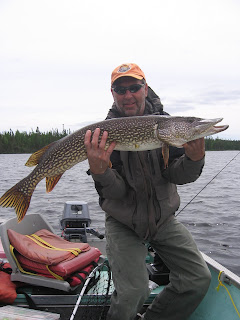 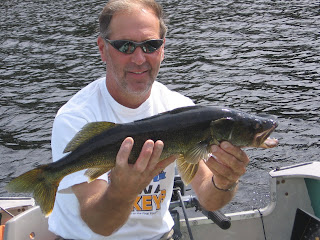 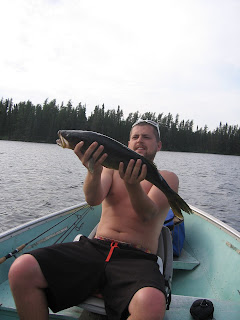 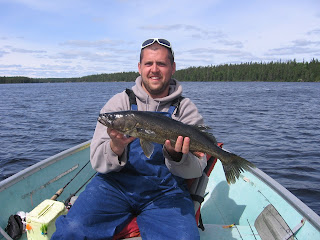 The Walleyes on Shearstone are so dark. The water is slightly more stained than some of our other lakes. The stained water in all of our lakes helps keep the walleyes biting all day long. 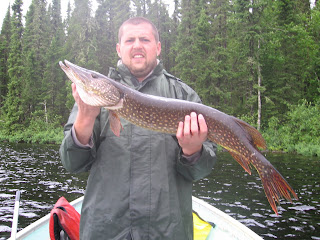 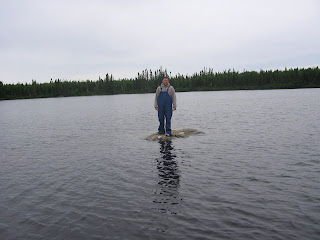