Amik Outposts now has their own account on Instagram! Rena and Taina are going to maintain our new account and keep up on the content from a different point of view.  Please tag us in any of your new or old photos taken while fishing with us in the past.  Pass the word around to your group as well as your families.  We would appreciate it.  Here is the link.  @AmikOutposts 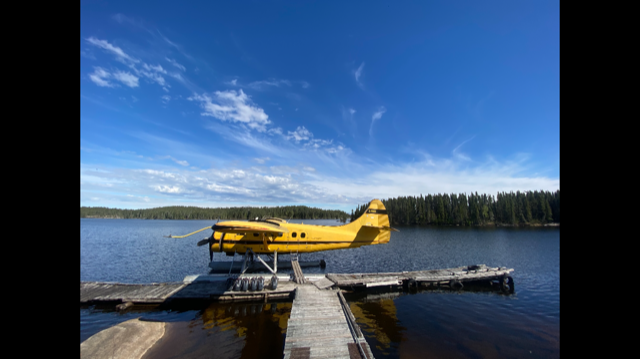 This is a sight that will make everyone jealous…. or angry.

We are back in the bush!  We have the airplanes in the water and have been in the bush a few times.  Water levels are slightly down but we have had some rain.  The bush has turned green now and with the moisture, we are past the risky time of forest fires for now.  There was a number of fires already burning but have since been put out by the last rainfall.  The sky is clear and clean.

We took a load of motors to Cherrington and spent the night on the weekend.  Of course we had to take our newest addition George for his first airplane and boat ride. 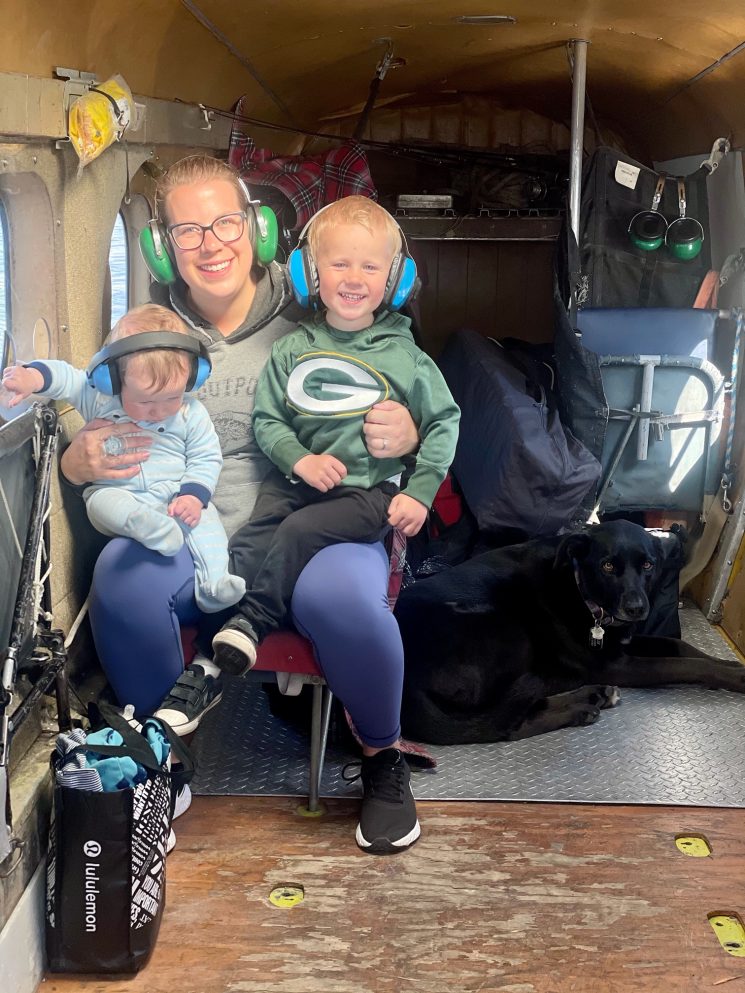 It was a crazy windy day but we once we had unloaded and got the camp fired up we were going fishing! 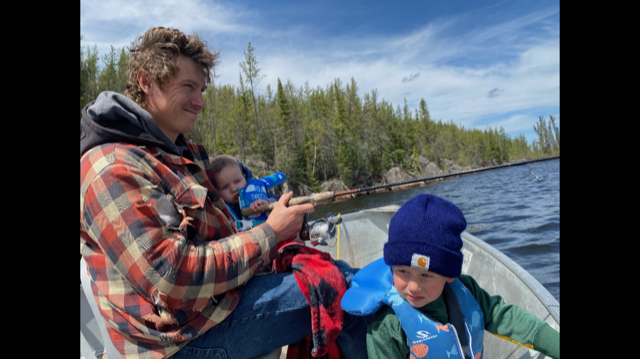 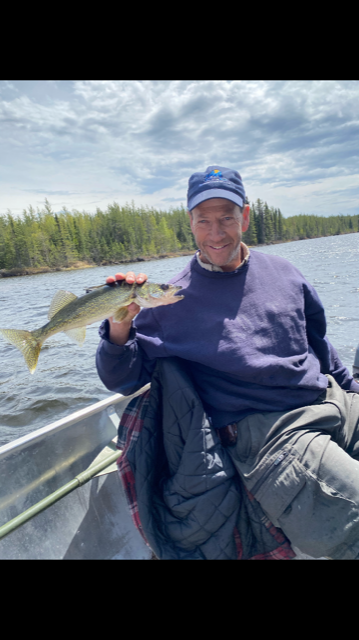 We had a tough time staying on the fish in the big wind so we headed to the rapids and fished from shore.  The fish were biting hard there.  So were the black flies but it was windy enough to keep them at bay most of the time.  Jack is already a good fisherman. He fished hard with his little rod but didn’t catch any fish that day but he sure had a good day. Fishing with us, being in the bush, and an Otter ride. 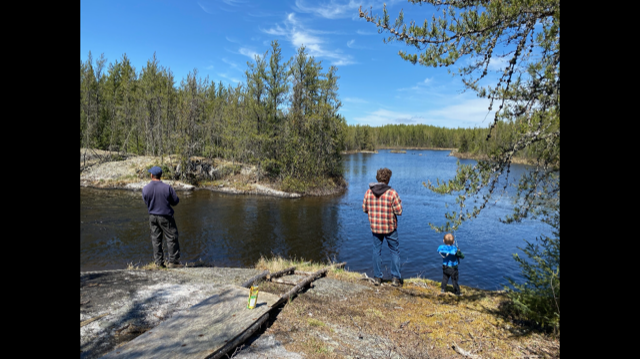 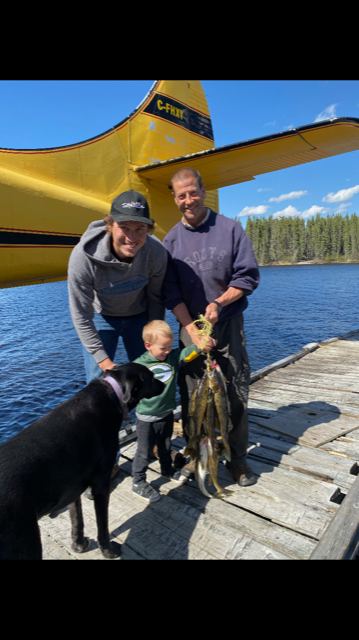 It is cool to have our Grandkids walk in the same footsteps our kids did at Cherrington.  I have taken the place of my Mom, being the patient one who gets asked a million questions.  It is great. 🙂 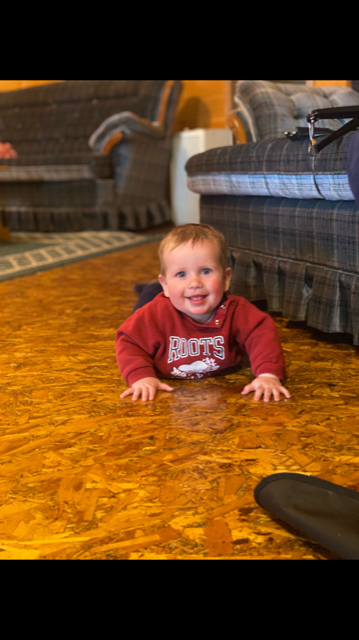 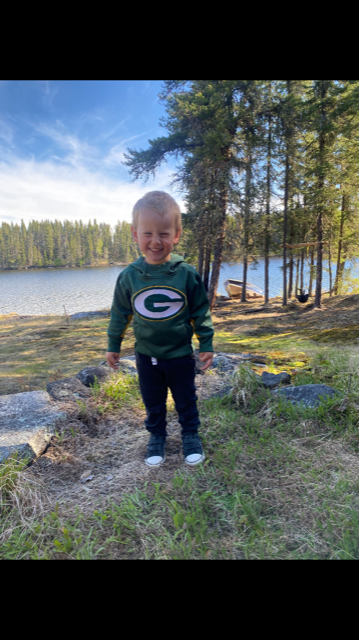 As for the serious part of our life.  We have to say that we have such great and understanding guests who care about us and our business.  We appreciate you so much.

We are rolling our people and deposits over to 2022 as we hear more on each unconstitutional border closure as it is pushed upon us.  We are only addressing the groups right now that are affected up until June 21st.  Some guests have re-booked for later in the season, hoping for the border to open soon and some have moved over to 2022.  We are holding out hope for some better news one of these days but that seems to be a tall order in Canada.

We will survive.  We are smarter than your average bear and willing to do whatever it takes.  We will keep in touch and be ready to go when the border finally opens.  In the mean time, we have been fortunate enough to get a little flying work for the Otter, flying for some construction companies in the north. It isn’t much but at least it is a start.