We have been going hard, flying everyday and moving happy people to and from the bush.  There has been many stories of awesome fishing, t-bone attacks, countless walleye.  Large pike were feeding heavy more than a week ago but have slowed down a bit in the heat.  The biggest pike have been caught walleye fishing, which is what they are eating 🙂 The fish have been in every depth from 2 feet to 17 feet in the last couple of weeks.  The walleyes are in about 12 feet now and will come up shallow for awhile in July soon, right near the fast growing weeds.

It has been hot and dry and water levels are going down.  Some rain would be nice.  There are a couple of fires burning and depending on the wind we may experience some smoke in the air.  There is no fire ban on yet but we are telling our guests no fires unless it rains.  It looks like we should get some soon.

Here are some pictures our guests have shared with us recently.

Trey M. and his crew from Texas were up with us in the very early 90’s when my Mom and Dad were first getting the main lodge on Deer Lake running and Findlay was a day fishing lake from the main lodge.   He has been planning on getting back up here for awhile now, trying to explain to his friends how great it is to be in the bush, but pictures don’t do it justice.  Once you experience the silence and superb fishing, you will be hooked.  These Texans are already looking forward to the next one 🙂 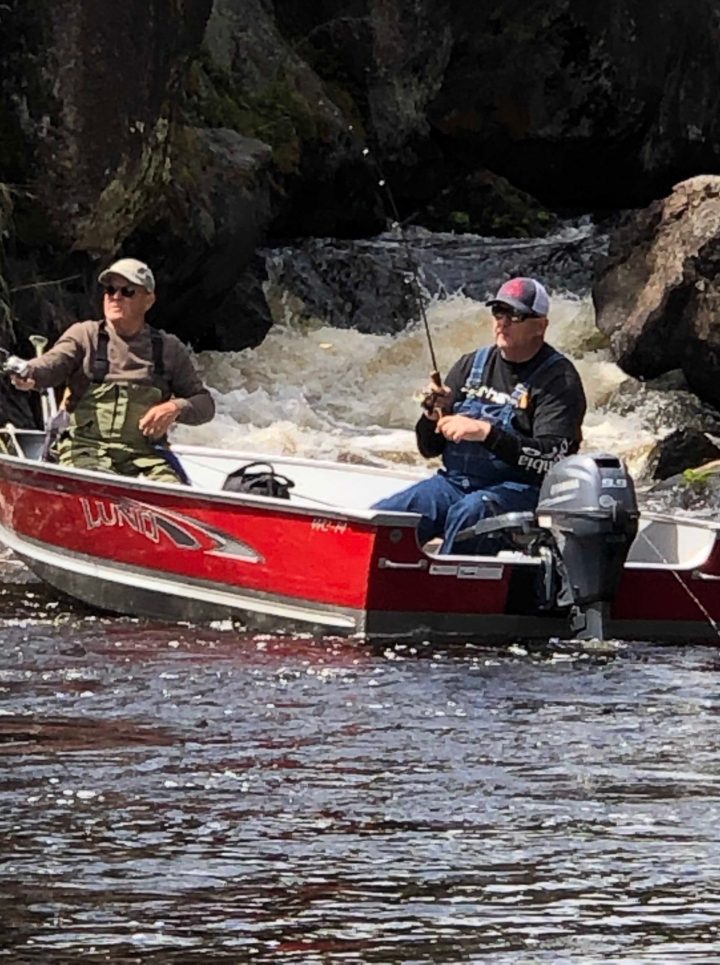 Jarret was one year old when Trey first came up with Amik OUtposts.  His first walleye of his life…… 23.5 inches!  Not a bad start eh? 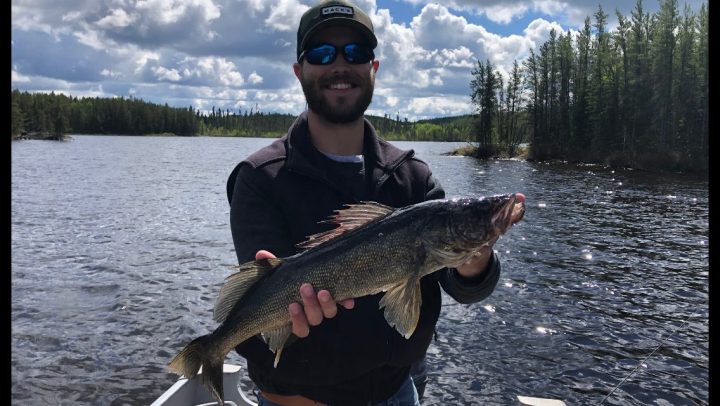 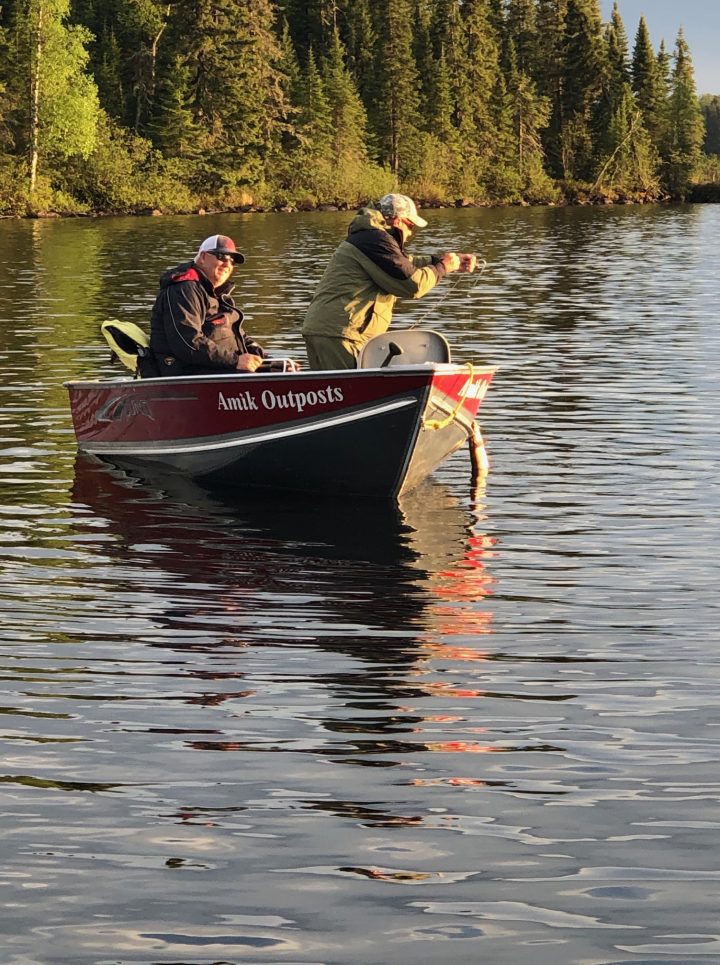 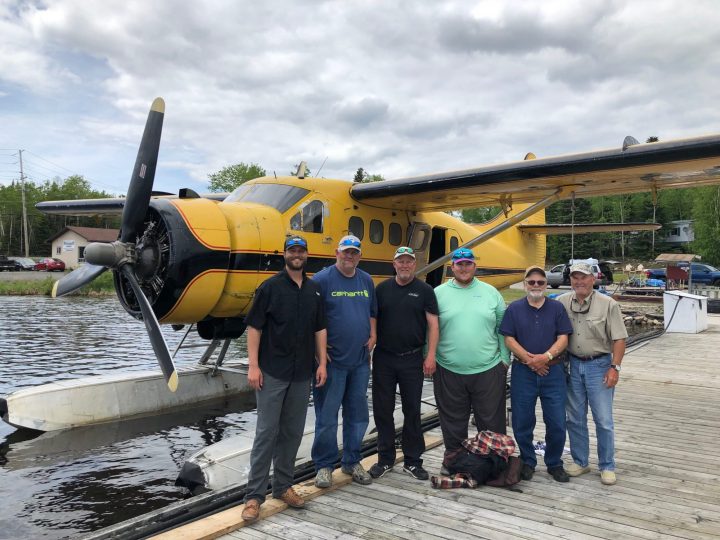 These guys have been on here many times.  The Lindberg party has fished every one of our lakes and are now going through them again!  Cobham Morley seems to be their home for the next couple of years at least.  They caught lots of fish and some pretty nice ones as well. 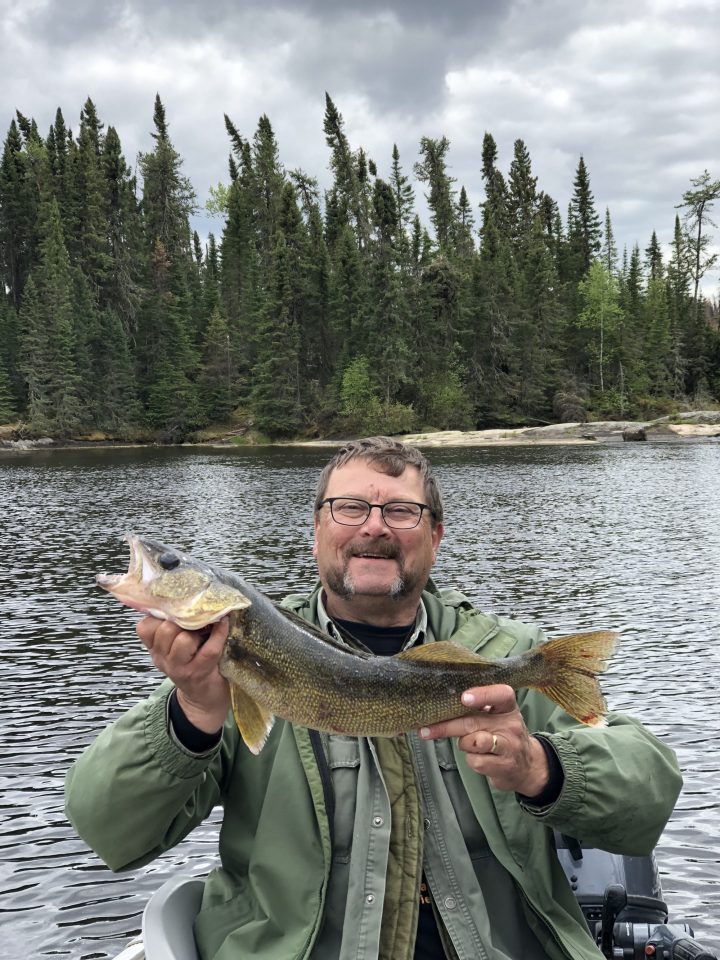 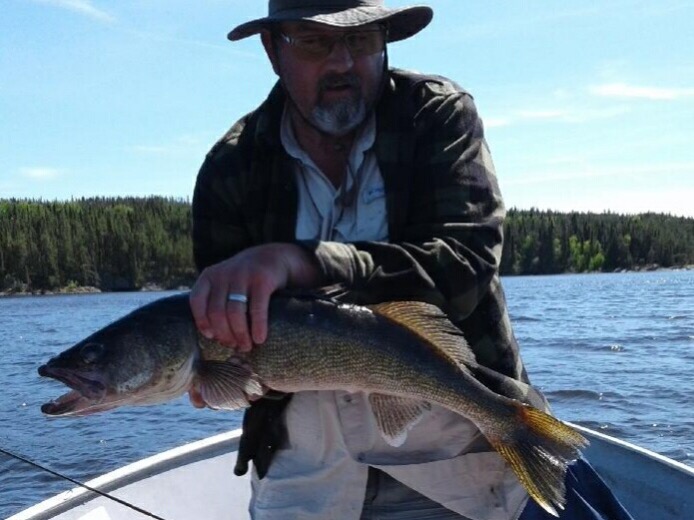 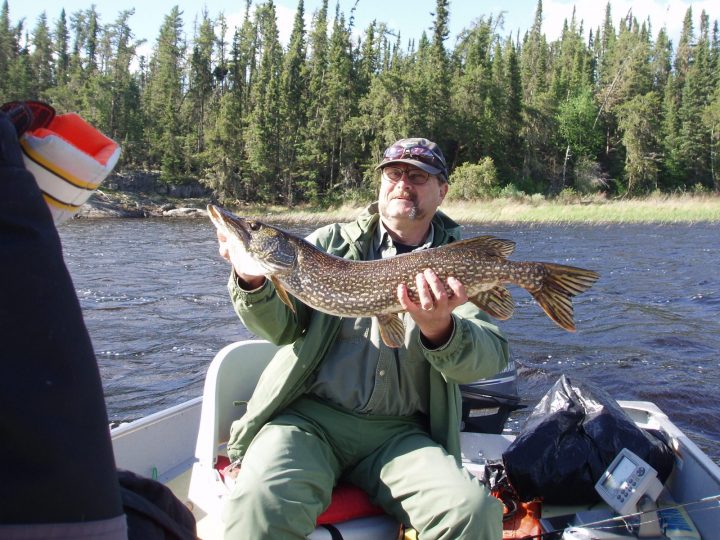 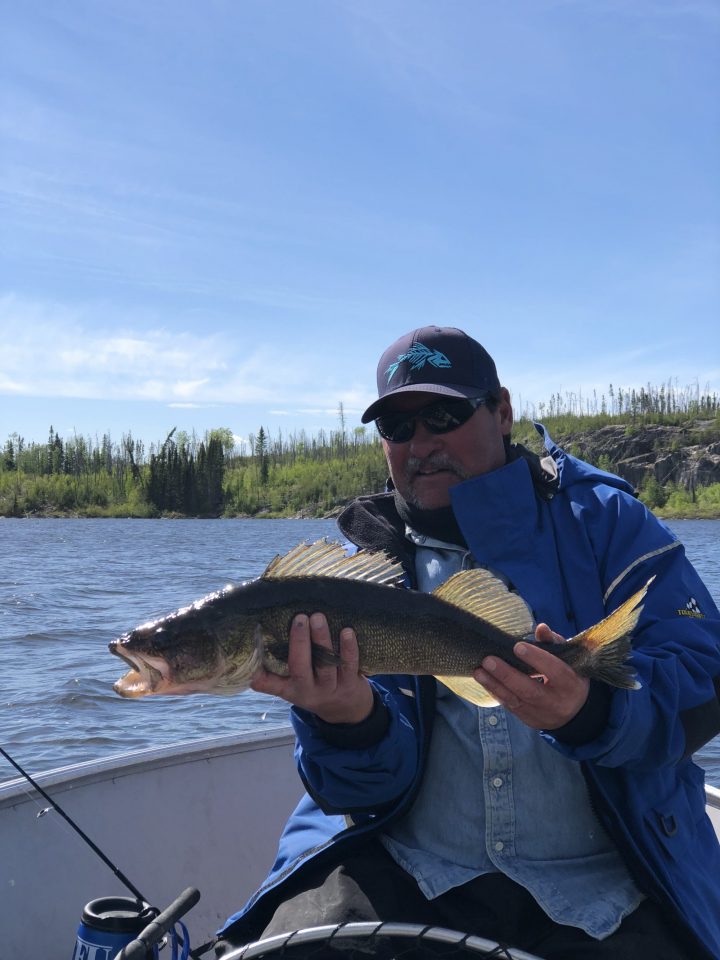 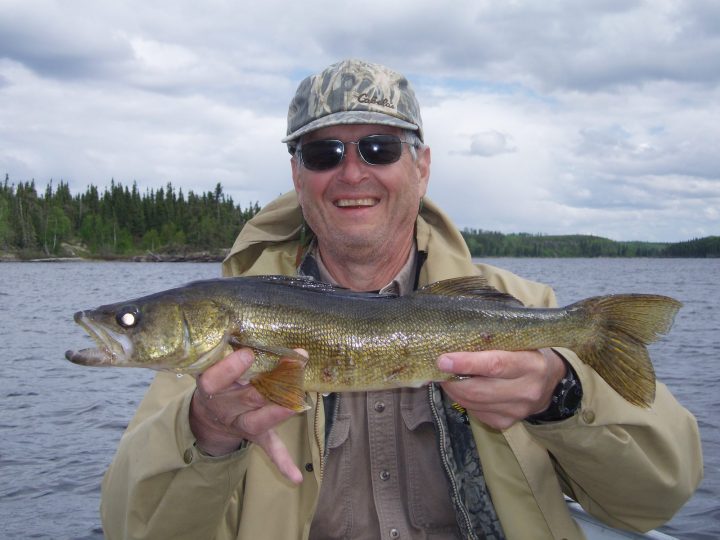 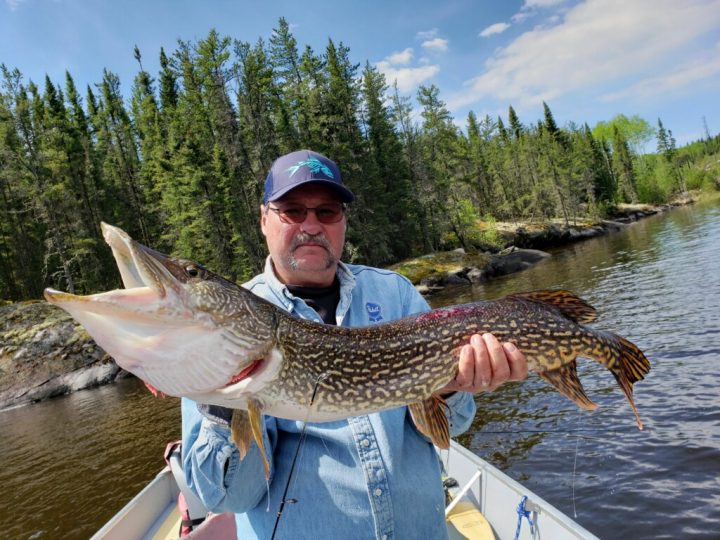 On the last night, they had some issues.  After using the same motor all week, the prop, nut and washer fell off.  We are not sure if another guest had taken it off and lost the cotter pin or if it just broke.  They had the wind against them so they were going to wait until the wind went down to paddle home. 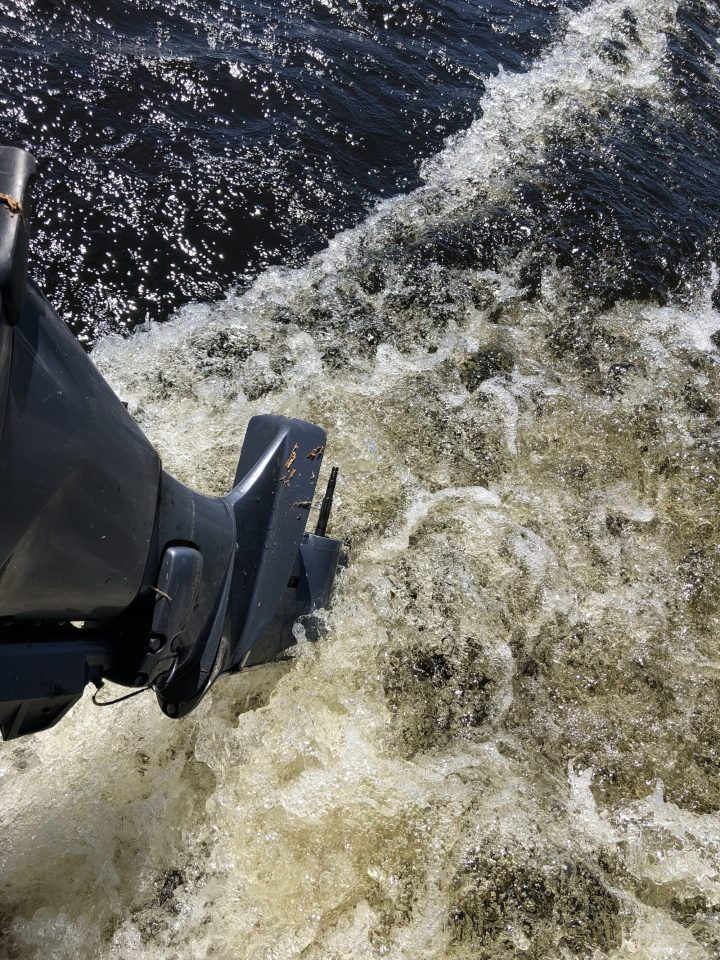 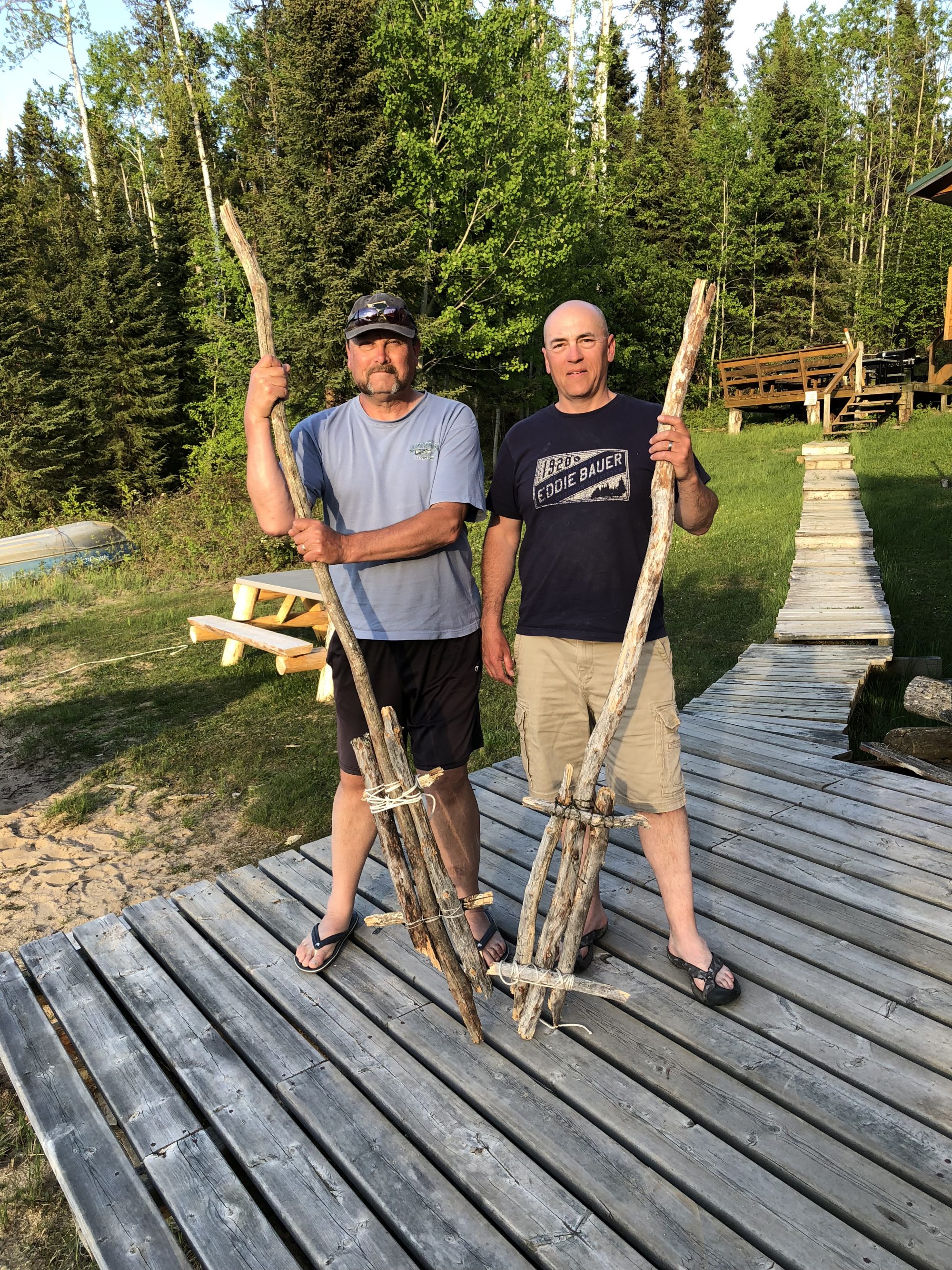 There was 3 of them in the 16 foot boat so they made some extra paddles to get them home, but luckily they communicated with their buddies where they were going and what time they were to return.  After being overdue, their buddies went and found them and towed them in.  They took the paddles home along with a good story.