As one goes out another comes in! 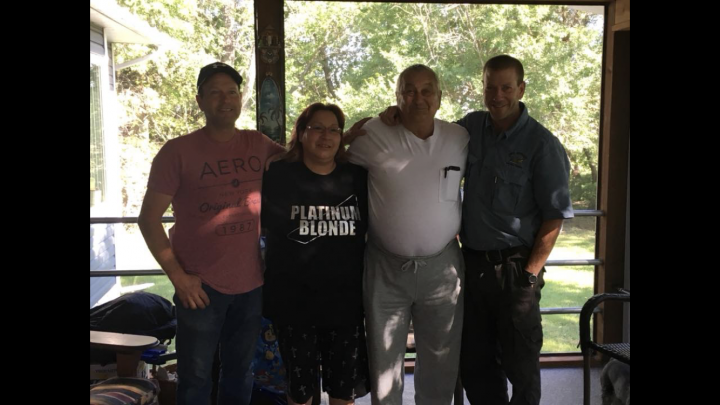 Amik Lodge/Outposts was first owned by the Arnason family and my dad, Wayne, worked part time on heavy equipment building roads for them was the man who brought Amik Lodge to its feet in 1991.  A dilapidated main lodge on a northern reservation, this posed many challenges which he met head on and the people of Deer Lake grew to love him and were also very sad to hear of his passing.  Through many hours of hard work the lodge was a pristine environment by the end of the first season.  In 1992 Amik began opening  up some new lakes and Wayne was the guy to build them from scratch.  And Amik Outposts was born.  I am happy I am here and it is all because of him.

I remember this hunt like it was yesterday.  A big snow storm and I shot a jack rabbit! 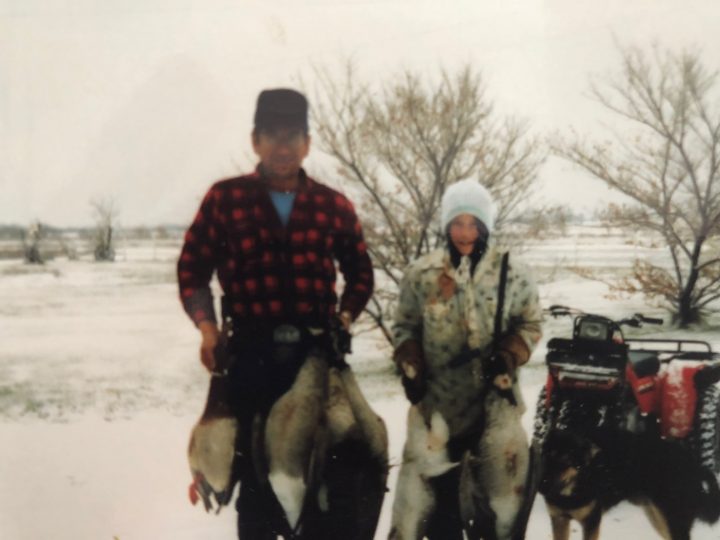 Quite a few of our guests had a connection with Wayne.  Many of our guests were booked by my dad at the Sportshows and believed his stories of fantastic fishing and great times in new cabins with “Solar!!” power, lights and water at the tap.  These same guests are still fishing our lakes and continue to have a great time with us.  Just like Wayne said they would 25+ years later. Not much has changed at the camps, Wayne had it right the first time.

Wayne wore many hats in his lifetime and was not afraid of anything.  Raised by his bachelor Uncles, he had to be tough.  He was a Farmer, a machinist, heavy equipment operator, commercial fisherman, both on Lake Manitoba on the ice as well as on the Pacific Ocean long line fishing, a hockey coach for 20 years and a pilot.  But Dad always said he wanted to own a gold mine in the mountains.  That’s exactly what he did the last 10 years of his life.  He loved it and was in his glory. 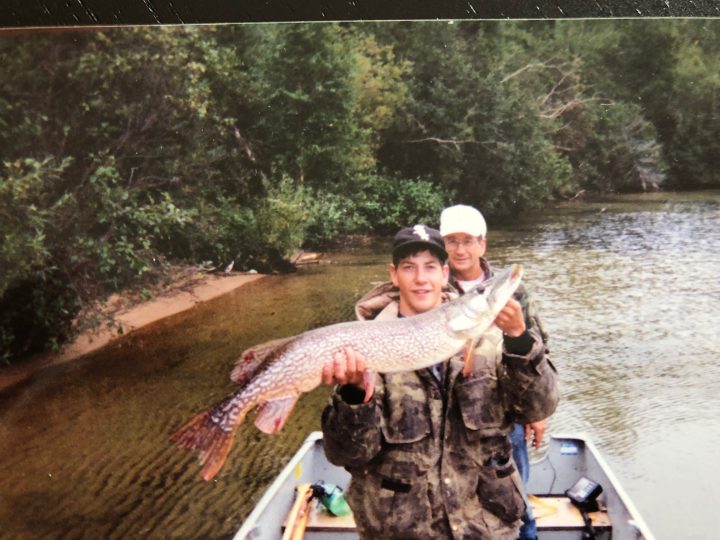 We are all going to miss him greatly but I feel fortunate that he showed me the things that I am passionate about.  The biggest thing he taught me was that anything can be accomplished if you work hard enough. 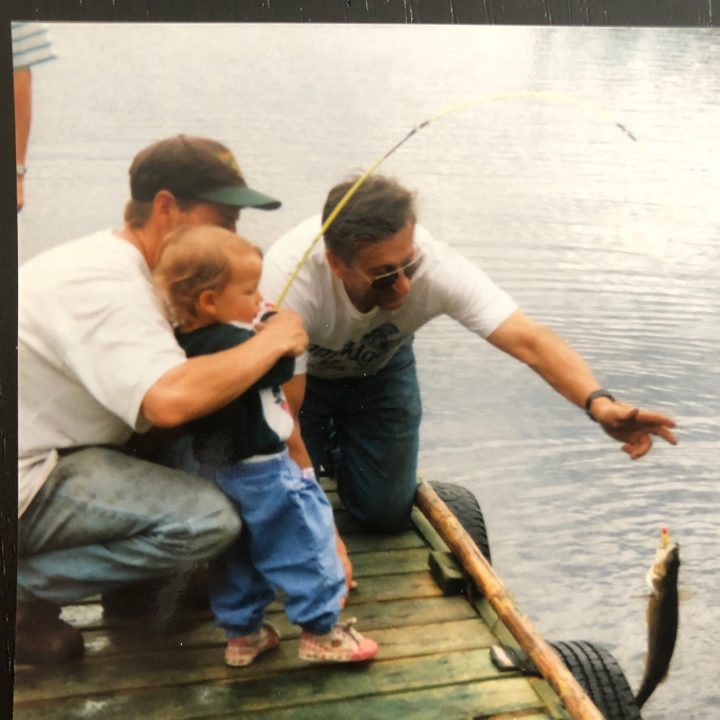 As one generation passes on, the next one shows up.  It is too bad that Dad couldn’t make it to meet his Great Grandson.  Jack Dean came into the world on Oct 29, 2018.  Our first grandson!  Rena and I could not be happier! 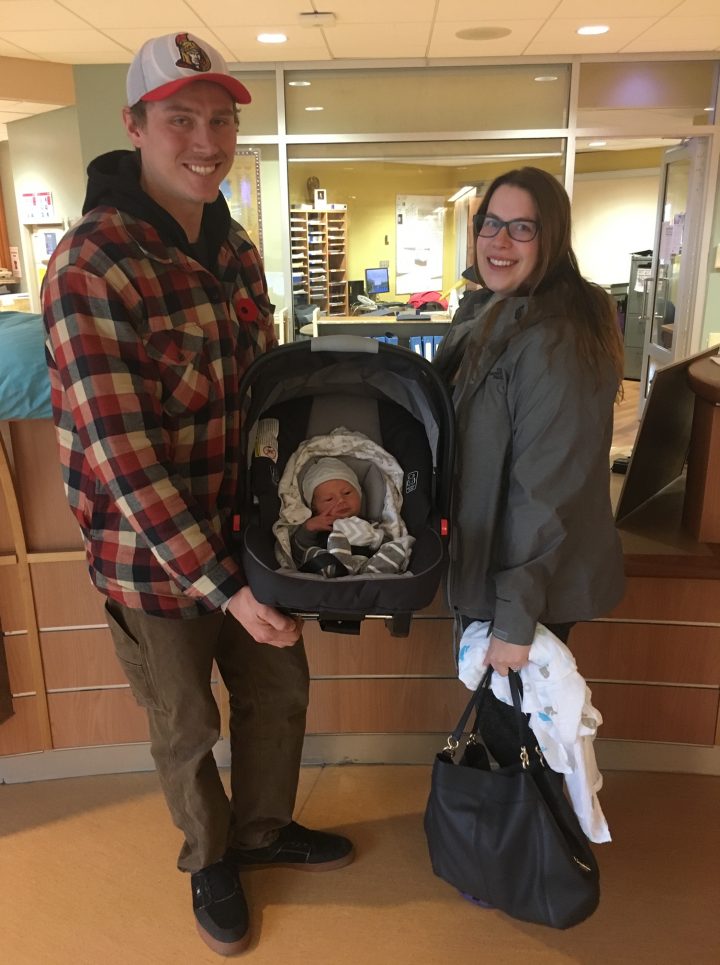 Our kids tell us how they loved growing up in the bush and the life of moving back and for each season.  Well, we would like to announce that our Daughter Taina and her soon to be Husband, Aaron will be working with us in 2019!  Taina and Aaron will be starting right where we were 25 years ago.  A new baby, a new pilot and a lot to learn.

We are looking forward to what the future holds.  It will be great to have Taina, Aaron and Jack so close. 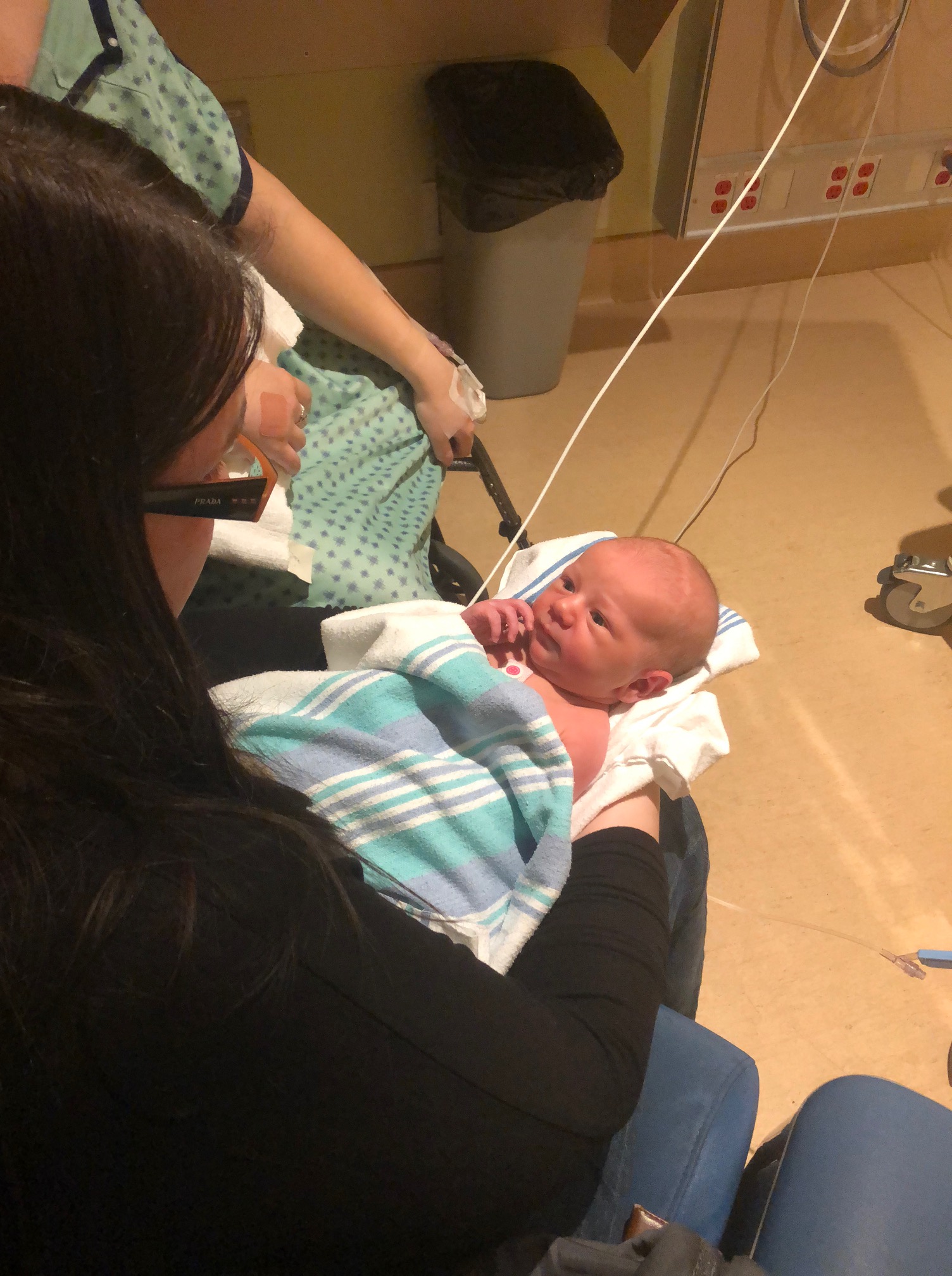 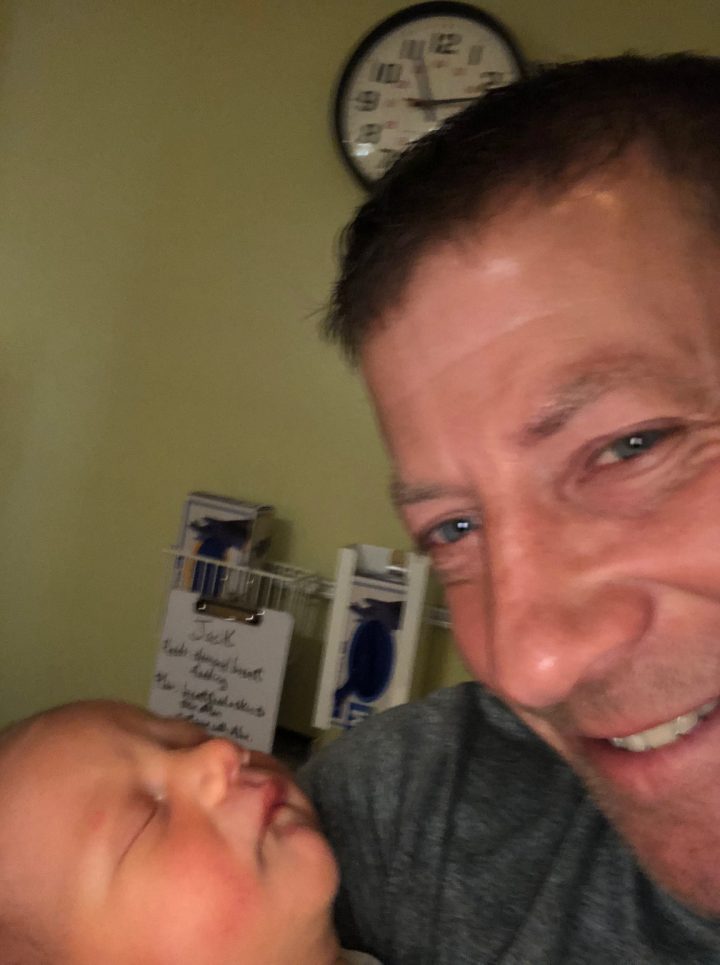