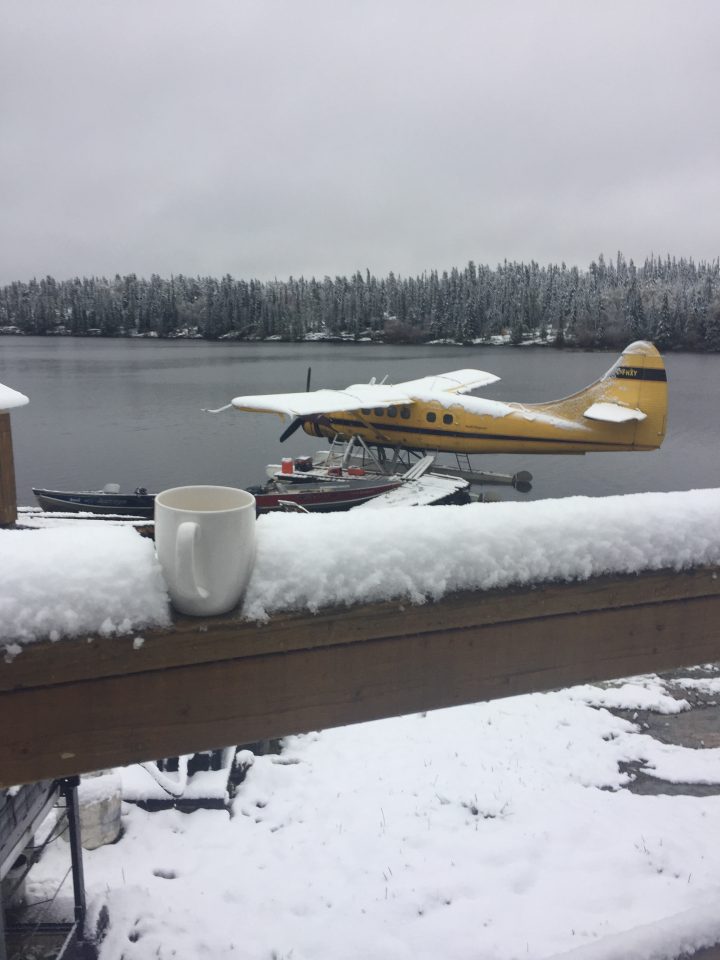 Another moose hunt is complete!  Mother Nature made it difficult as always.  This was the 2nd coldest October on record, and we were out in it trying to get close to the big black beasts in the snow and cold.  It snowed or rained 5-6 days each week for more than 3 weeks.   Temperatures were just barely above freezing during the day and cold at night.  We burnt lots of firewood this year!

This year the moose rutted very late.  They do not breed like most animals.  We had cold weather and some calm times but the moose were not very active during the first 2 weeks of our hunt.  They started to come to life during the 3rd week of our hunt but we did not get a bull to come out until the last day.

Hunting these animals takes great perseverance and a strong mind.  Keeping your spirits up and getting out there early each and everyday can be tough.  This year was no different.  I was guiding Greg and Tom, and as we approached the last days of the hunt we had to stay sharp.  The moose had started to make more noise each day and I knew we were still in front of the rut so it was going to happen soon.  As I remember all of the moose we have harvested over the past 25 years, most of them had been shot on sunny days.  Oct 6 was my birthday, and I got to see the sun that evening, and we heard a bull nearby…. 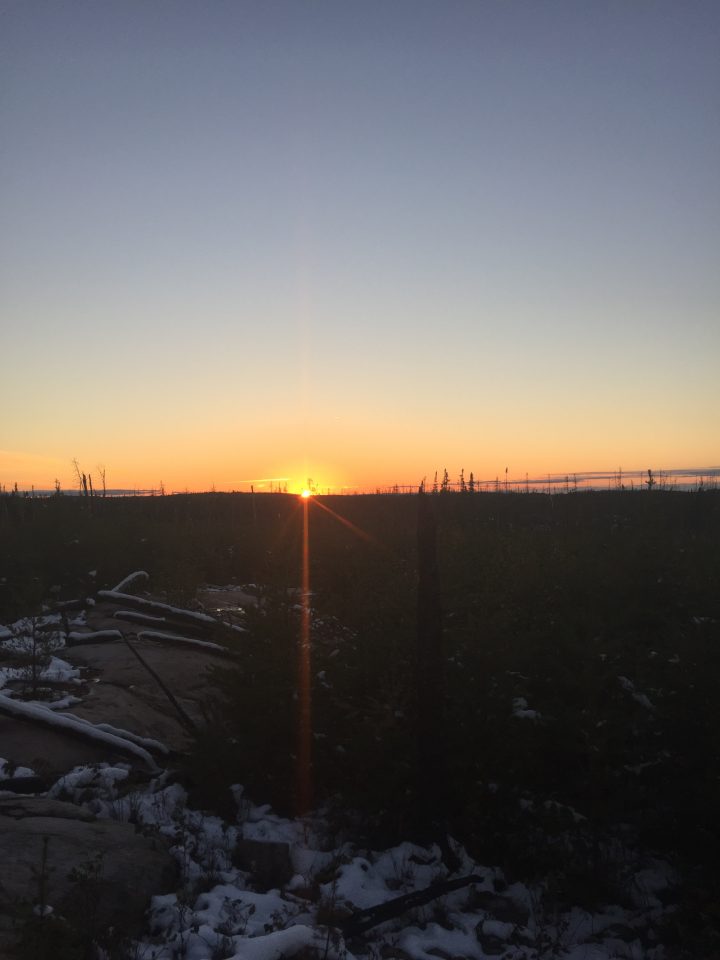 The last morning we headed out and it was pretty windy.  On the way to our hunting spot we decided to change locations as the wind was a different direction down the lake.  I dropped Tom off on a nice point in a calm bay.  Greg and I continued down the lake about 1000 yards and I began grunting and raking brush.  After my first calls, Tom heard the Bull start coming.  No grunting, just antlers going through the bush like a piece of plywood.  Each time I raked brush, the bull came closer.  Before he came out of the willows Tom could see the white paddles of the antlers.  He had time to range him at 197 yards and he was plenty ready, laying across the rock with a perfect rest for his 300 Win Mag single shot.

The bull came out and stood, looking down the lake towards my call.  Then I heard it…. Boom, Boom, Boom, with a slight delay between shots for Tom to reload.  I was not right beside him but he said I trained him well.  Take him on the shoulder and keep shooting until he goes down.  Tom did exactly as I instructed.  3 shots.  The first one was right on the shoulder and then the bull turned around.  He gave him 2 more in the exact same spot on the other shoulder less than 2 inches apart!  This beautiful 48 inch bull only went 25-30 yards and was a 30 foot haul to the boat! 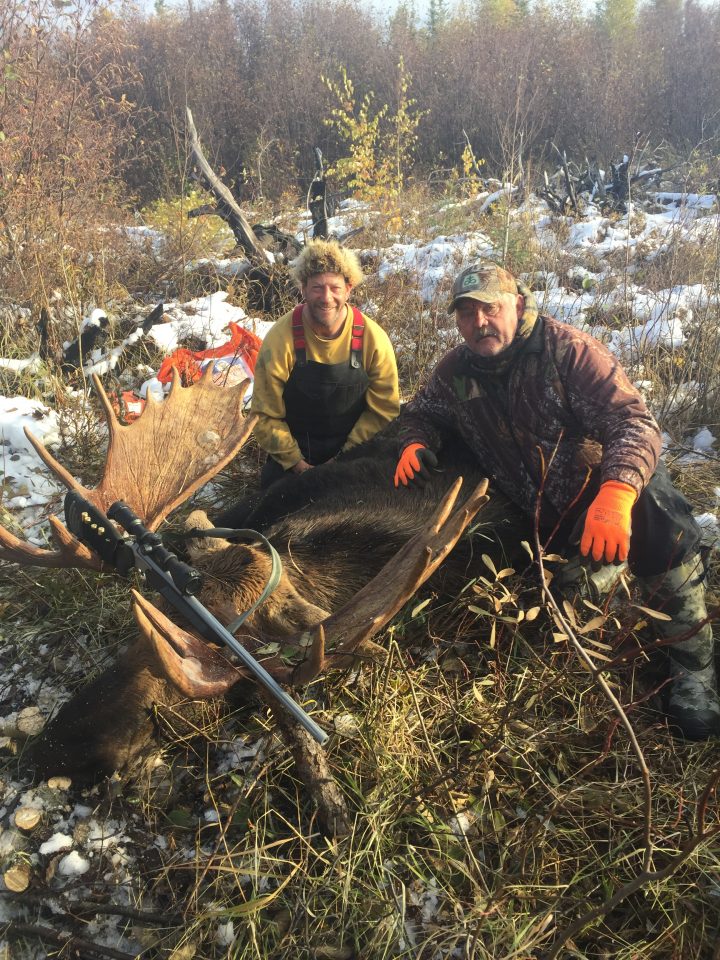 The one bad part about shooting from your stomach with a large caliber is that sometimes you get touched by the scope! 3 shots, 3 cuts but they were all perfect.  His smile and blood dripping off of his nose when I picked him up were priceless!! 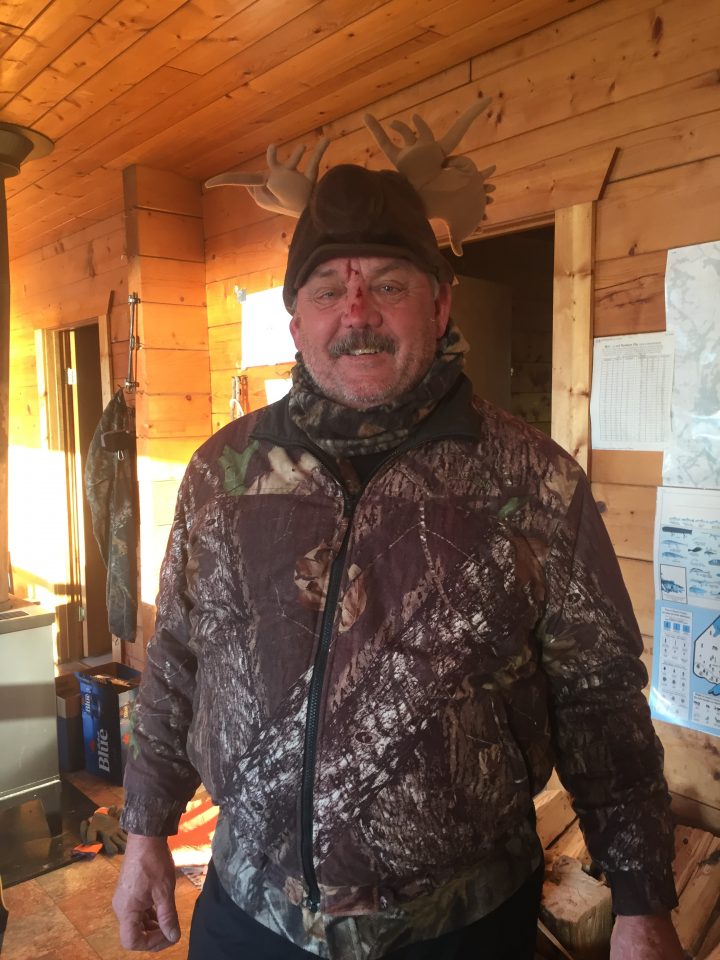 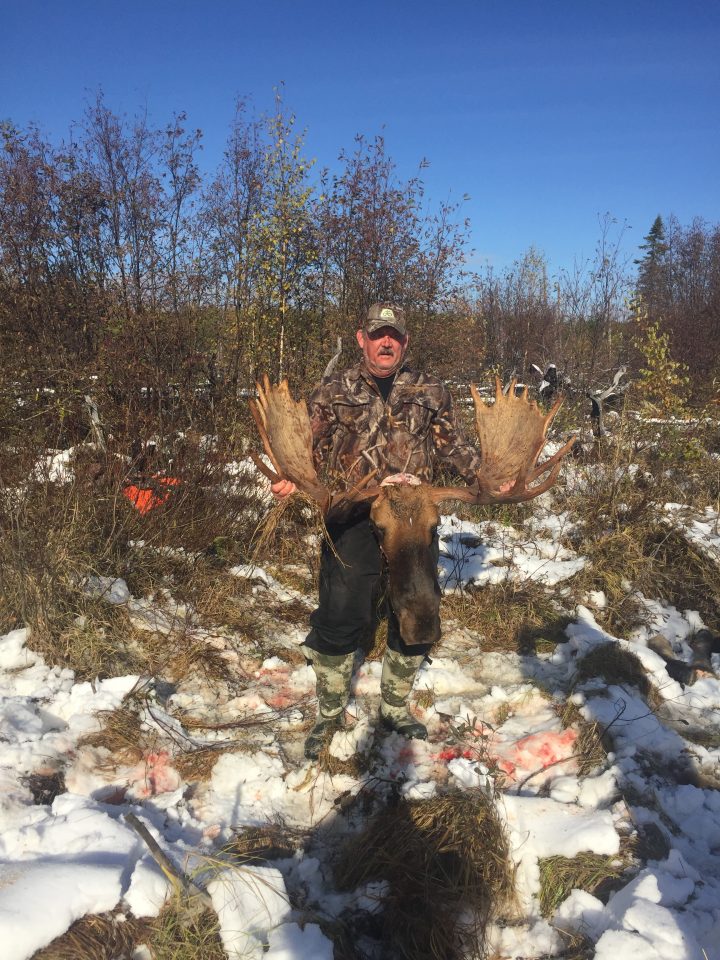 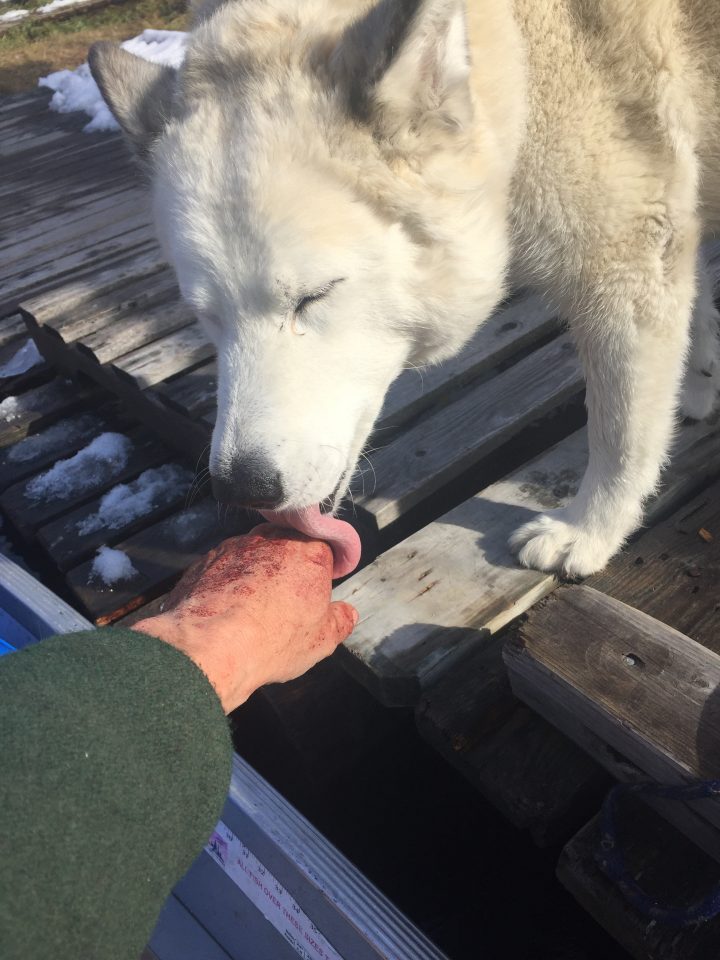 Dustee had her part to do as well to clean off the head for Tom.  She was happy to oblige. 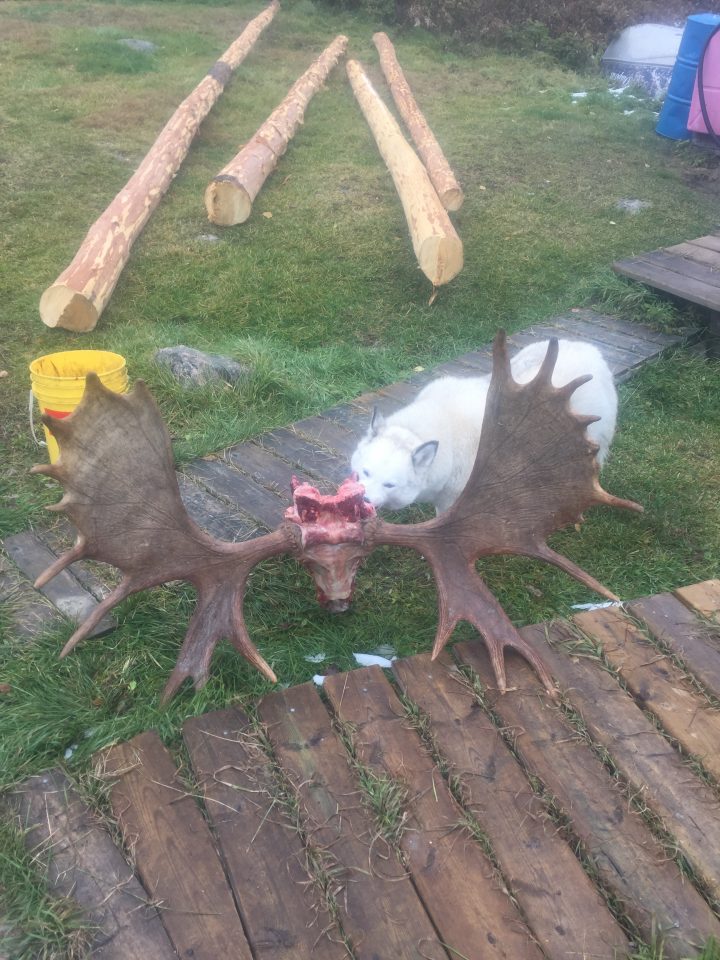 Dustee and I headed back up north to close the last few camps and do some work but the forecast was for more bad weather. 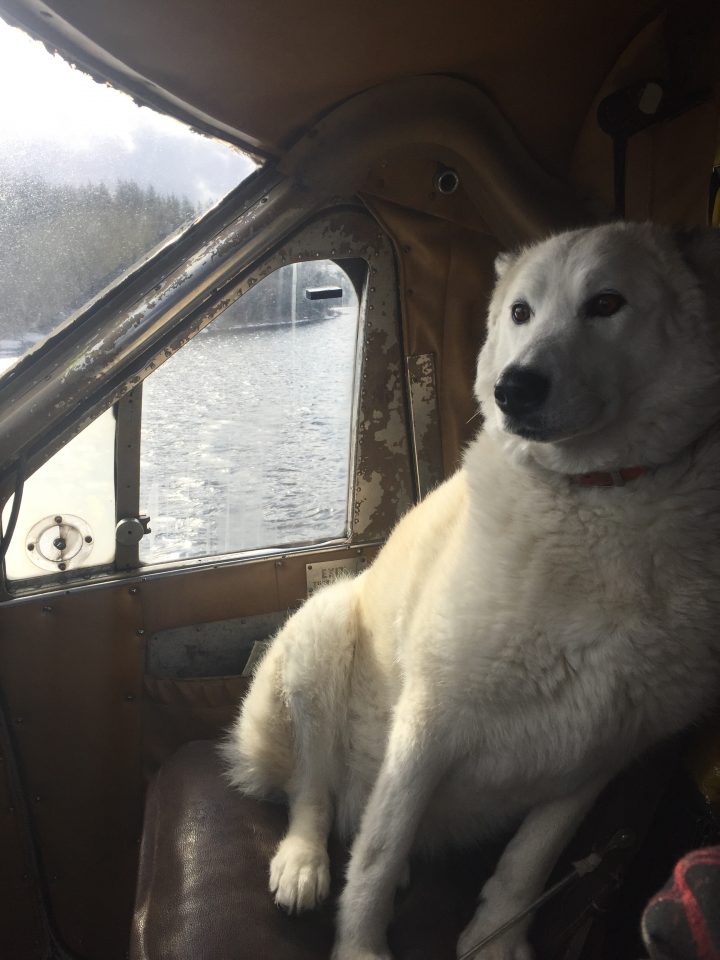 I hunted the first night we got back up north and saw a bull and couldn’t get a shot and also called a cow and calf in.  That night it started snowing and didn’t stop for 3 days.  Windy and snowing, it was a full time job to keep the fire going and snow off of the Otter. 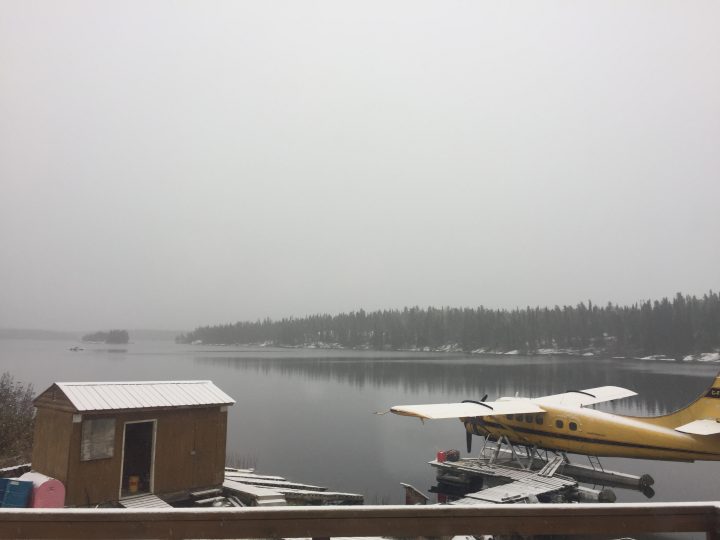 We were able to get most of the work done but some of the jobs will have to be done in the spring.  Mother Nature was closing the door on our season and it was time to get out of the bush. 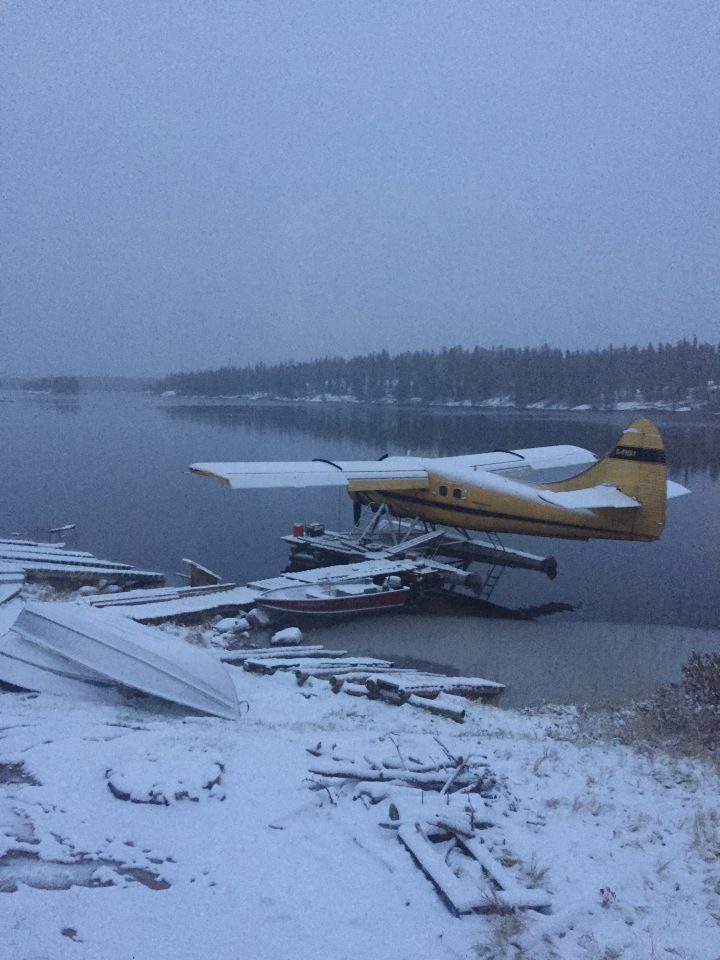 As we finally got a break in the weather to get home, the area towards Shearstone had quite a bit more snow and most of the lakes were beginning to freeze over as the water temp was very low after this much snow. 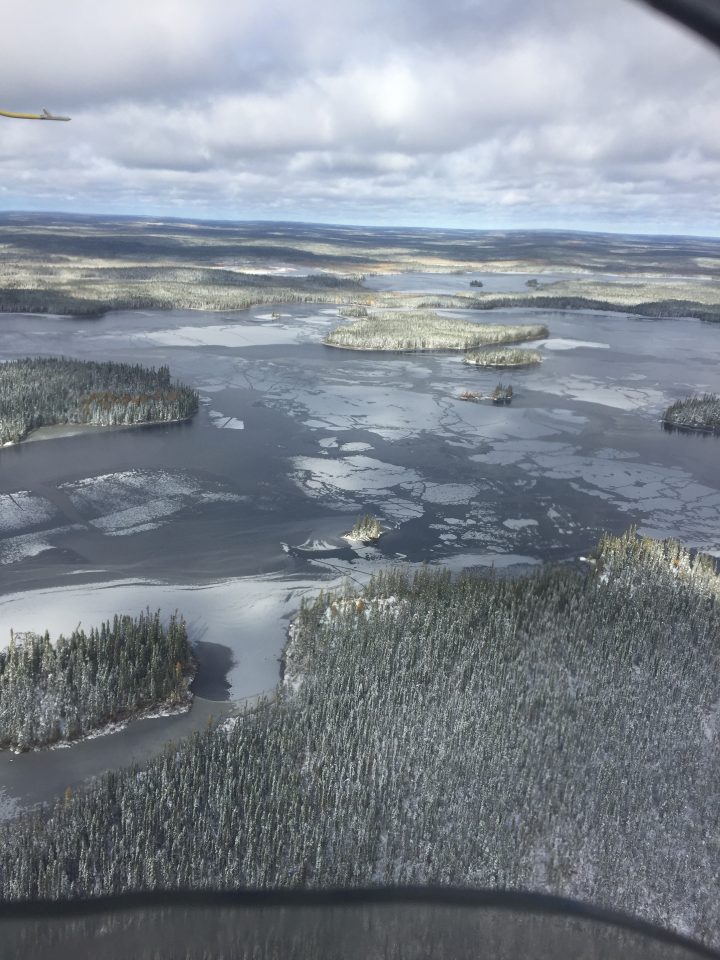 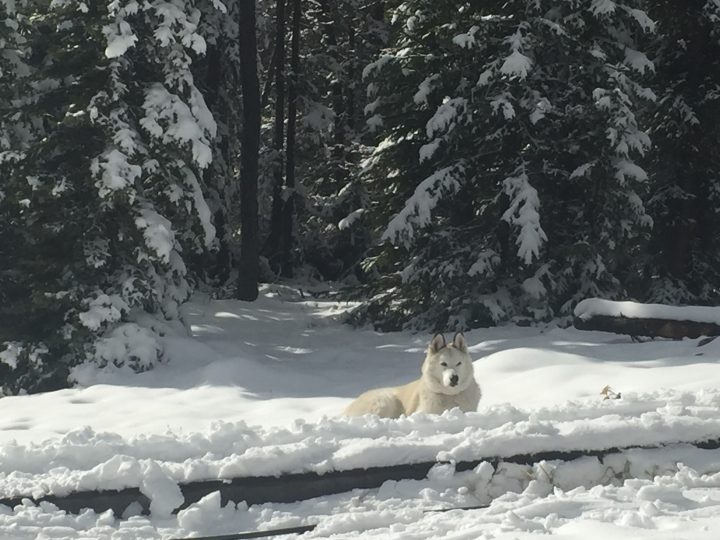 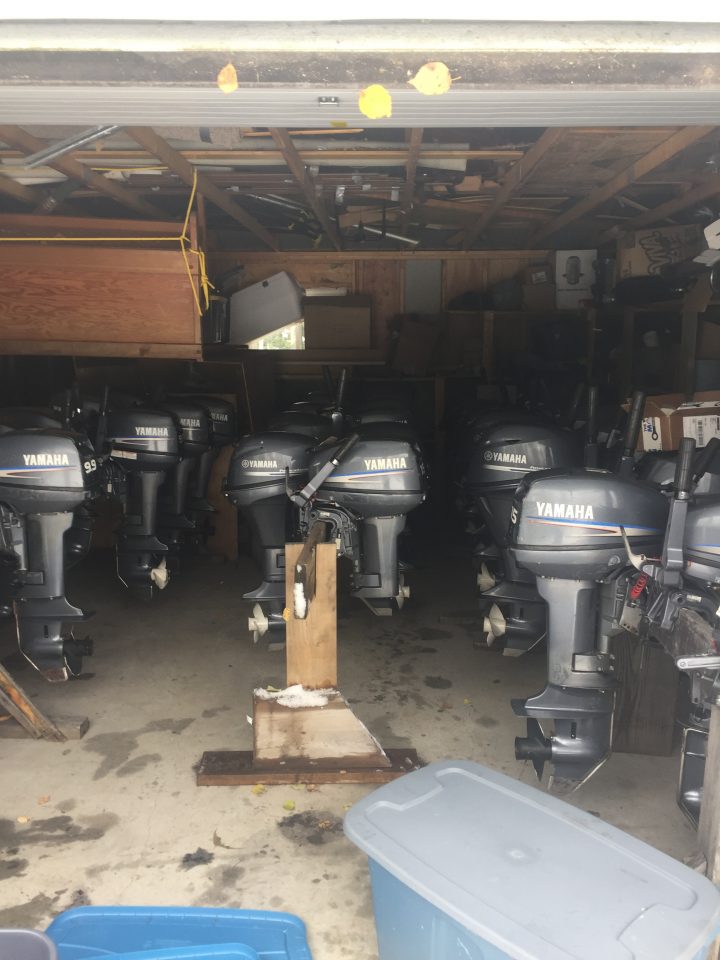 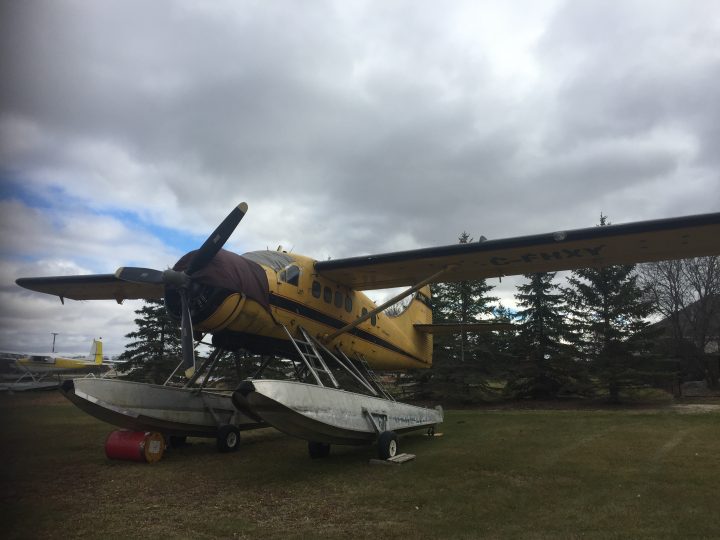 The motors are all serviced and the airplanes are put away for the winter.  It was a great summer and we would like to thank all of our guests who came to see us this summer.  We hope you enjoyed your time in the bush and we look forward to seeing you all soon.

Please keep an eye out for our newsletter that will be coming out near Thanksgiving.  If you would like to sign up to for it, please click here.