That is the only way to describe how fishing has been at Amik Outposts so far this season.  Every fishermen who has returned from the bush has many stories of catching lots of fish and plenty of them have been BIG.  Pike have been attacking walleyes regularly and some have even been landed while t-boning a walleye.

Another group of guests also rescued a 40 inch pike from certain death!  This pike had eaten a 20 inch sucker and could not fit it down his throat.  Floating on the surface they noticed it and took the sucker out of its mouth and nursed the Big Pike back to life and away it swam.

Walleyes have been very active in anywhere from 4-12 feet of water on any windy shoreline.  We have had some 29 inch walleye caught and released and some 27’s as well.  The monsters are becoming more and more active as the summer moves on.

After such a dry start to the season we have had some much needed rain and cooler weather.  Overcast skies and misty rainy days have been the best days for fishing.  The fire ban is off and the forest is lush and green after 4-5 days of rainy weather.  Water levels are just perfect now as well.  The flow has picked up from all of the rivers and feeder creeks also drawing the fish close to shore.

Here are some pictures from the Holland Party who have fished Findlay Lake for 20 years, this year they moved to the Cobham River.  I think they have found a new home….. 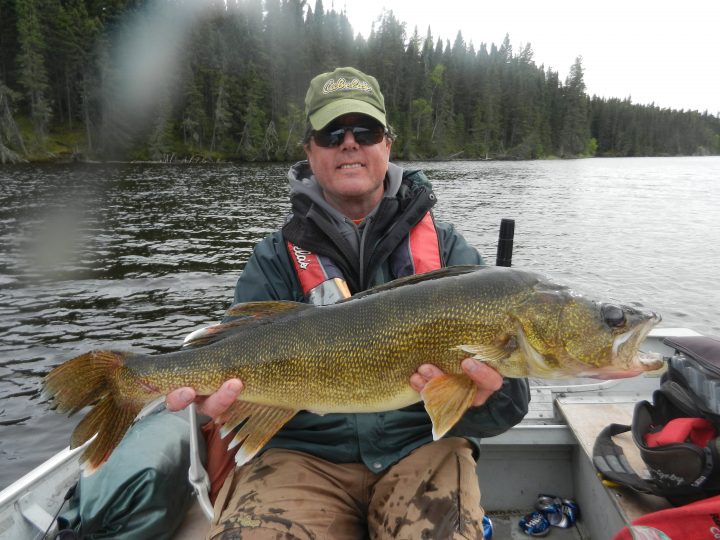 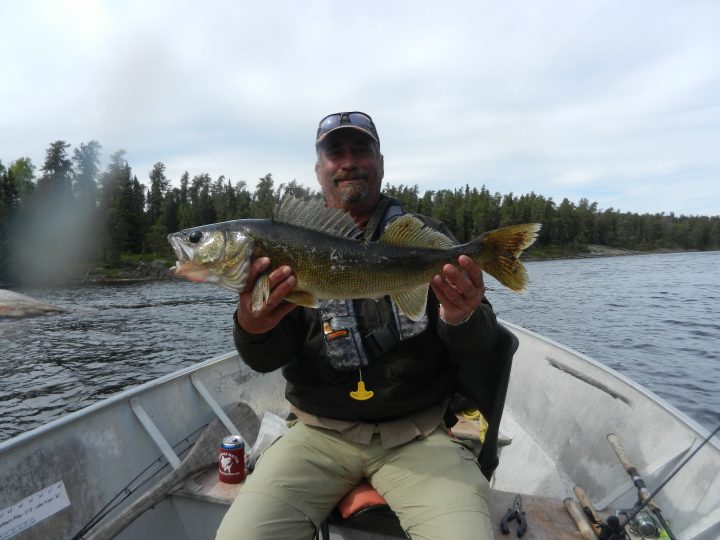 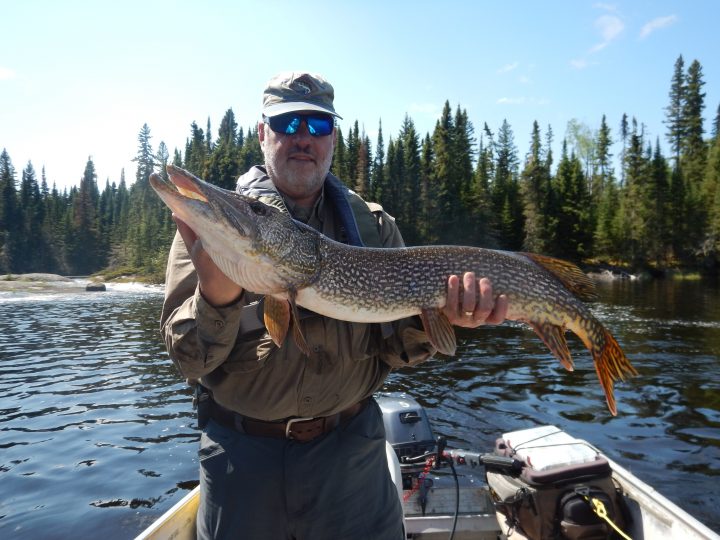 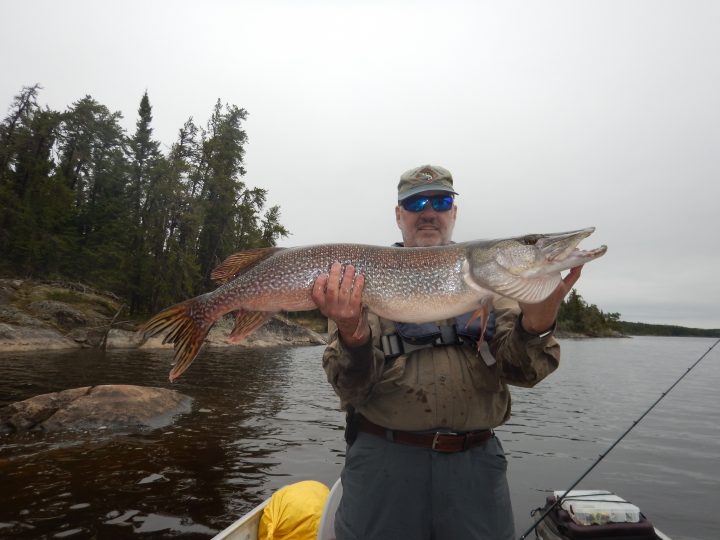 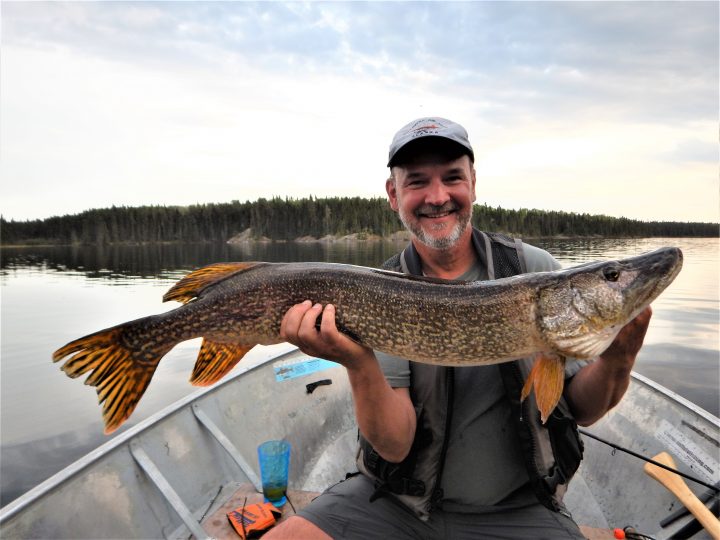 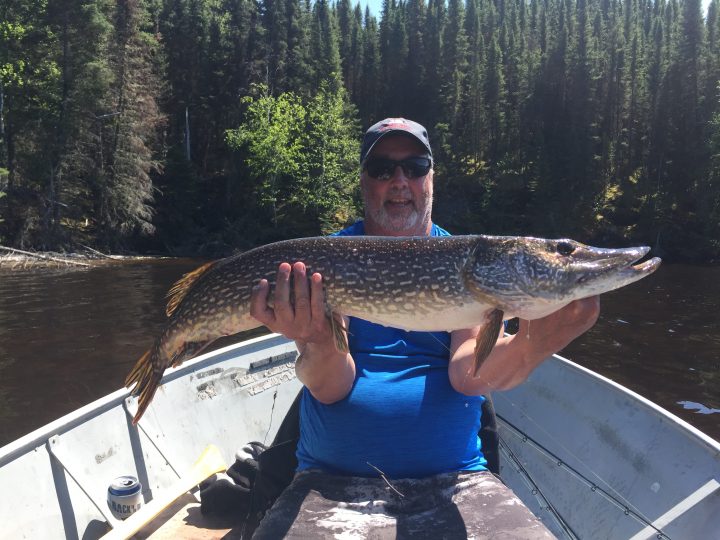 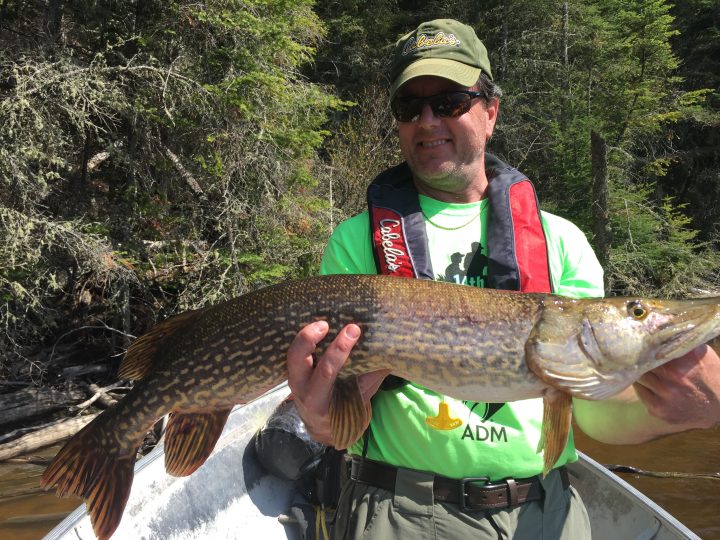 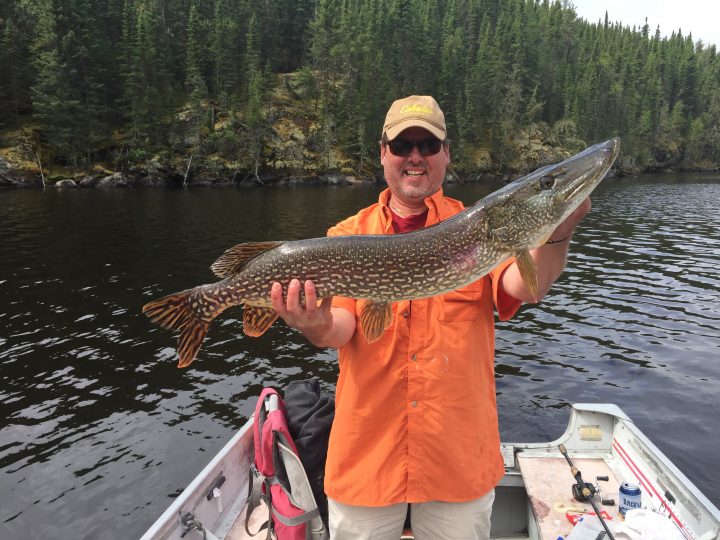