The Midget hockey team I have been coaching for many years had a great season this year.  15-17 year old kids from 2 small towns.  We don’t have any try-outs, we take whoever wants to play.

This year we started out as one of the weakest teams I had ever coached but one of the most talented, winning some losing some with a few problems amongst the guys during the first month of hockey.  After a couple of poor games and players acting like individuals, I lost it!  “For the next 5 months we are family! Now start acting like it!”  That was the clean version of my yelling. 🙂

After that day and months of hard skating practices, we started to come together.  We improved each month and peaked a month before playoffs.  Everyone knew their role and every one believed we could win.

We won our 2 best of 3 game series to represent our region at the Manitoba Provincial Tournament.  10 teams from towns smaller and larger than ours.  The competition is always stiff.  Our team did very well and could have been the gold medal winners but ran into a tough team 2 times including the semi final.  This put us in the Bronze medal game which we won easily.  We were not the biggest team in the tournament but we were meaner and hungrier than any other team and we played a rough style of hockey.  No one wanted to play us because the knew every time they touched the puck one of our guys was going to crush them.  It was awesome to see.  It reminded me of when I played. 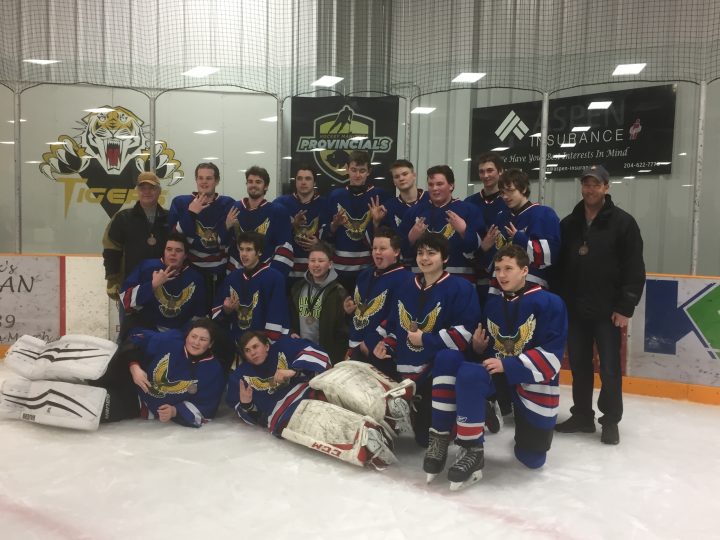 Our 8 team league had one undefeated team this year.   It wasn’t us.  Gimli is a town 3 times our size and has enough kids for 2 teams.  They hand picked an “A” team this year.   Gimli never lost all season and beat us all 3 times we played them.  Twice by large margins but one game we scared them with physicality and they only beat us 4-3.  We smelled blood and we knew we could beat them.  We took the series 2 games straight, winning 3-1 and 4-2.  During the entire series we held the lead and played so well that I never had the feeling that we were going to lose.  I could just feel the win.   These boys really came together this year and were very coachable.  It was a great season. 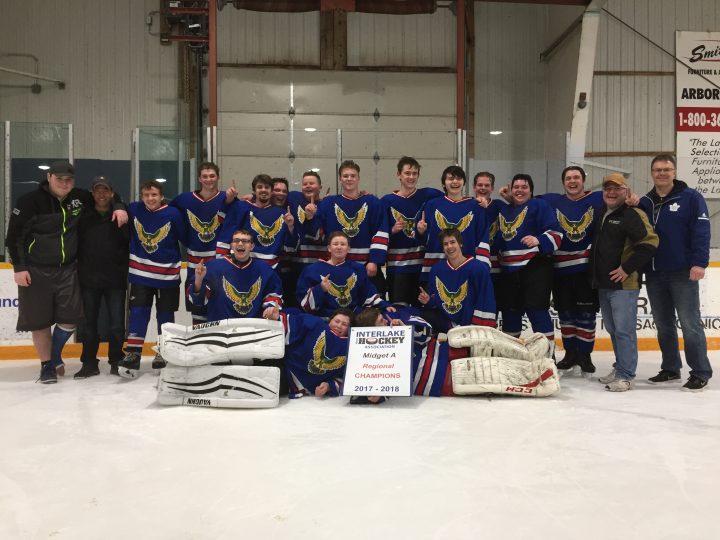 20 years of coaching Minor Hockey.  I think it is time for a break.  Thousands of hours and even more miles were put in, but I loved every minute of it.  Next season I will not be at the rink 3-4 times per week.  It is going to leave a big hole.  I have been involved in organized hockey since I was 4.

I am not retiring. 🙂 Just taking a break.  I still have plenty of hockey left in me.  Who knows, maybe I will come back to coach 5 year olds.

We have had some awesome weather lately.  It has been flat calm and sunny for at least 2 weeks.  The temperature is above freezing most days and the snow has started to shrink.  Although today it is at the freezing mark, snowing and blowing 40 mph.

The long term forecast shows a gradual melt for the next couple of weeks with lots of sun.

Spring is here!  The geese, the crows and the Eagles are back.

We will be back in Red Lake soon and back in the air!