Did you get your Big Buck?

December is here and most deer seasons are over.  Hopefully you were able to get a chance at a nice one or at least put some meat in the freezer.  The rut was early in our area, with the main rut going on right after Halloween.  Our deer herd has made a great recovery with numbers back up to decent.  There were lots of medium sized bucks and a few bigger ones on trail cameras in areas that I hunt.  2 bigger bucks were in the same area and I decided not to take the smaller of the 2 and wait for the big one.  Spending quite a bit of time out in the stand,I passed him up a couple of times.  On what seemed to be the day that the big one was going to show up in daylight and big deer came right to my call right at day break.  Looking against the sun it looked like it was him!  Boom.  In the bag and down the chute.

As I walked up to him, he shrunk.  Ha ha ha.  Still a respectable buck and the big one is still out there only to be bigger next year.  Rena is happy I finally put some meat in the freezer!

Our local deer head party is tonight except I don’t have a head to take in.  I left the head outside and the coyotes came in when when Dustee and I were not here and took it away! 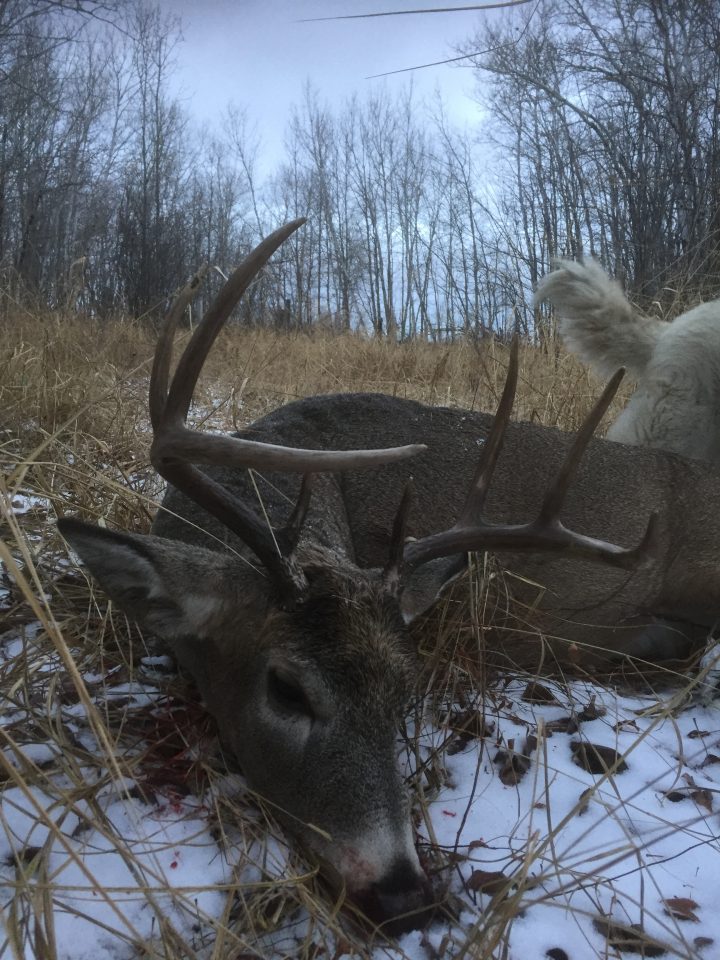 This is who I thought had finally showed up!!!  Next year land again for the big one. 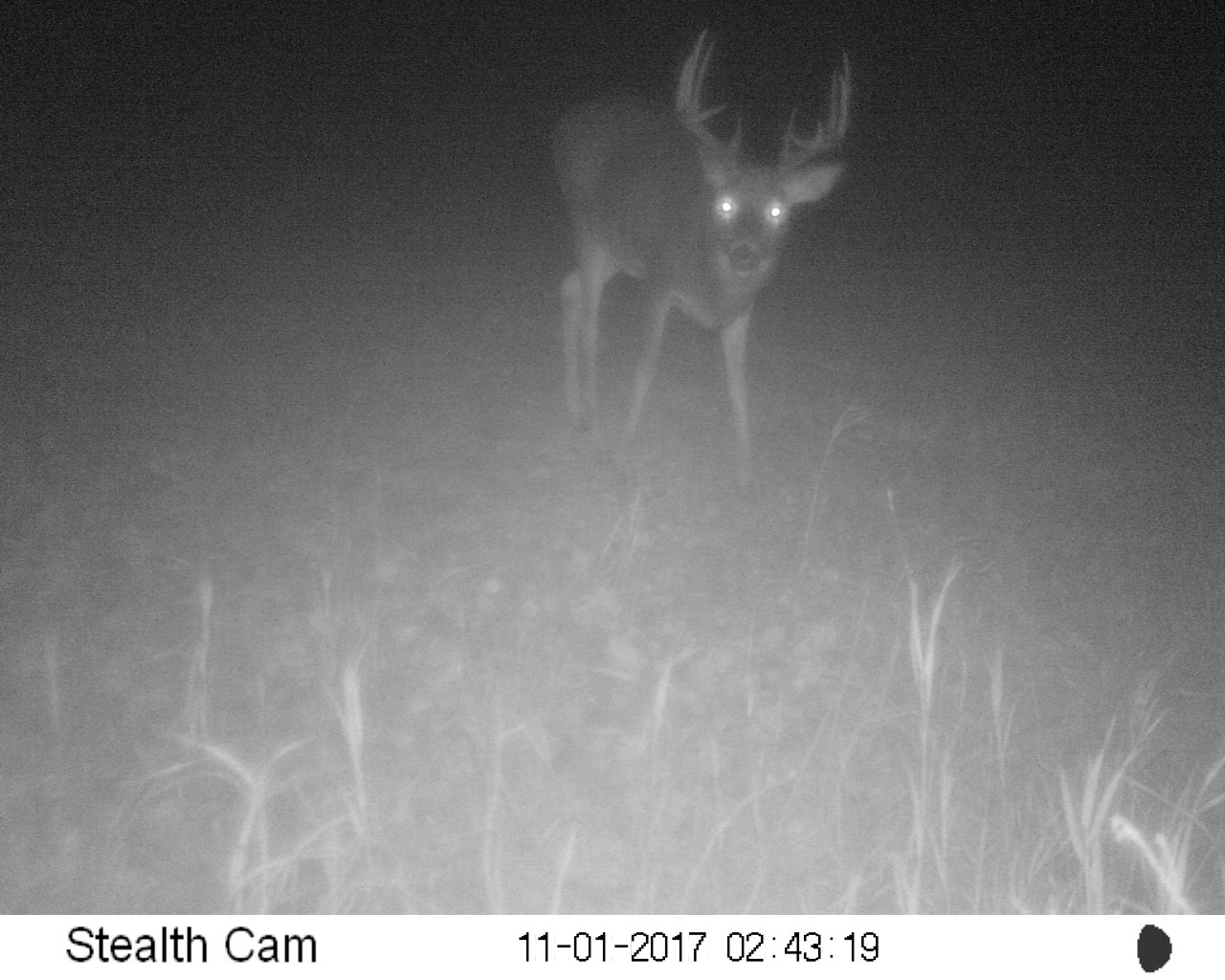 My hunting season was cut short this year because we had a bit of vacationing to do. 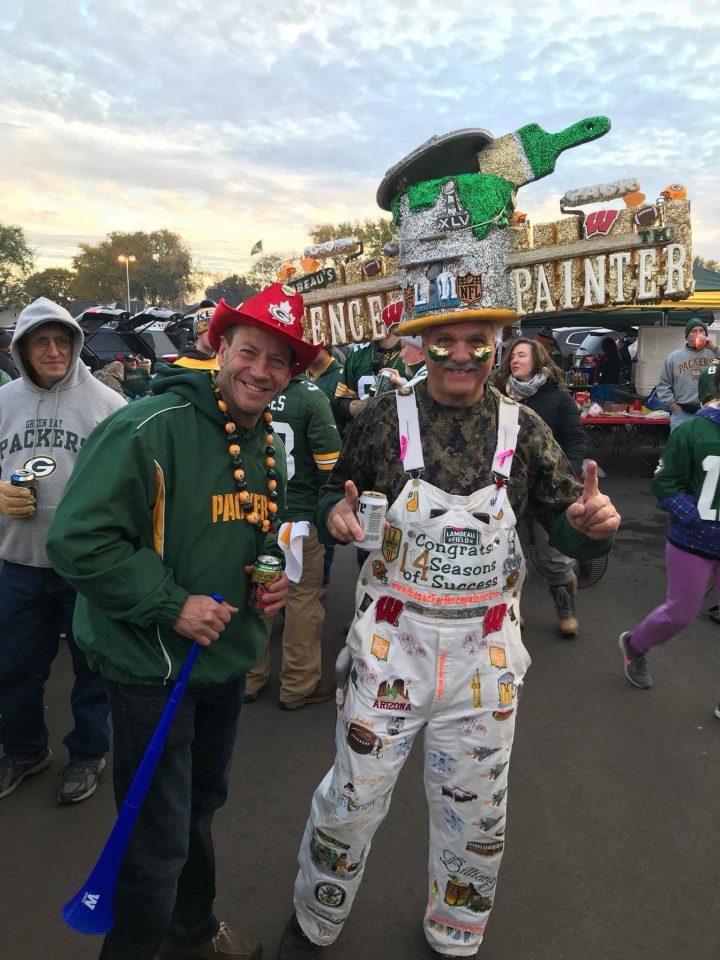 I went to the Packers vs Lions game with a bunch of my buddies.  It was a blast even though they lost.  Lots of good times.

From Monday Night Football to a Friday Night Hockey Game in Vegas!! 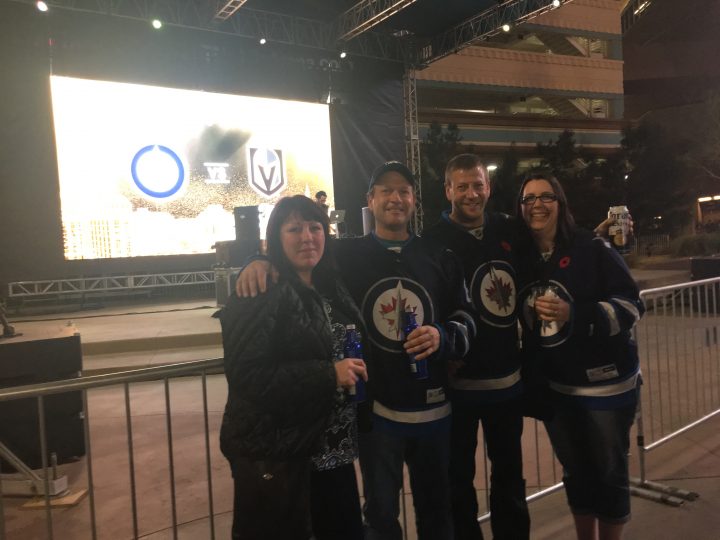 Winnipeg Jets fans travel like Packer fans!  There was 6-7000 Jets fans in Vegas to watch their team play.  It was very awesome to be a part of the Jets Army for that.  As good as our team has been playing we came up short that night.  But it is Vegas and the boys were there for a couple of days prior.  I expected the loss. 🙂 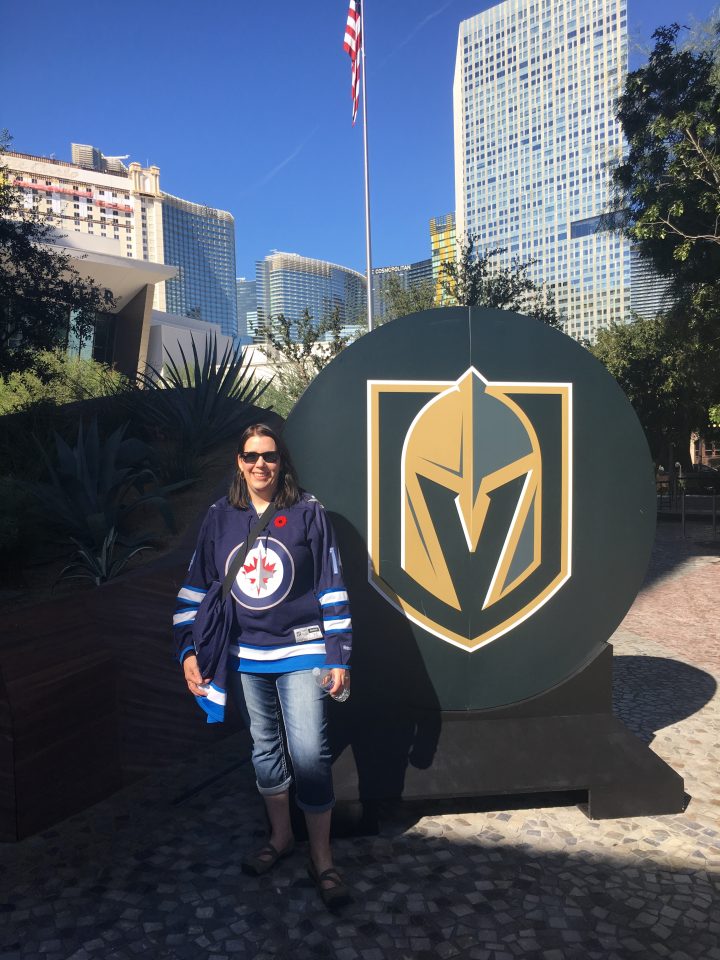 We have also been getting ready for next year.  The engine from the Otter ran great until the end of the season and we took it off to go for overhaul.  We have another engine waiting to be put on and this one will be back by spring as our spare.  The prop also is heading in for overhaul. 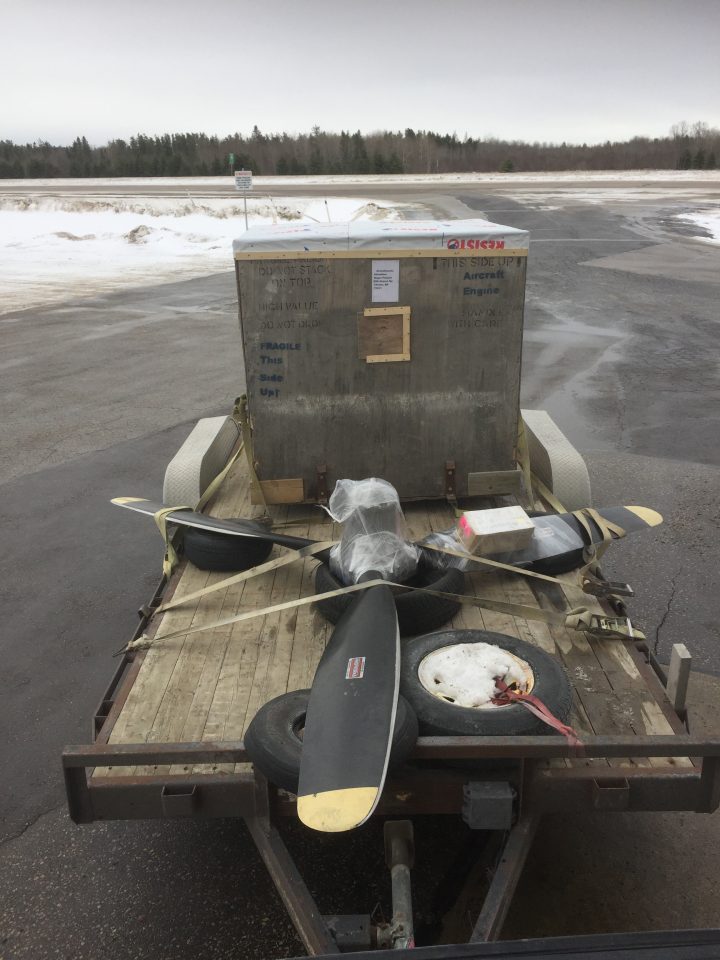 We already have 12 inches of ice out on Lake Manitoba.  Being a shallow lake it freezes early and the water cools down fast.  On my drive into Ontario, many of the lakes were still open because they are so deep and it takes longer for the water to cool off.  Dustee is back in Heaven,  running miles and miles and eating frozen fish whenever she wants. 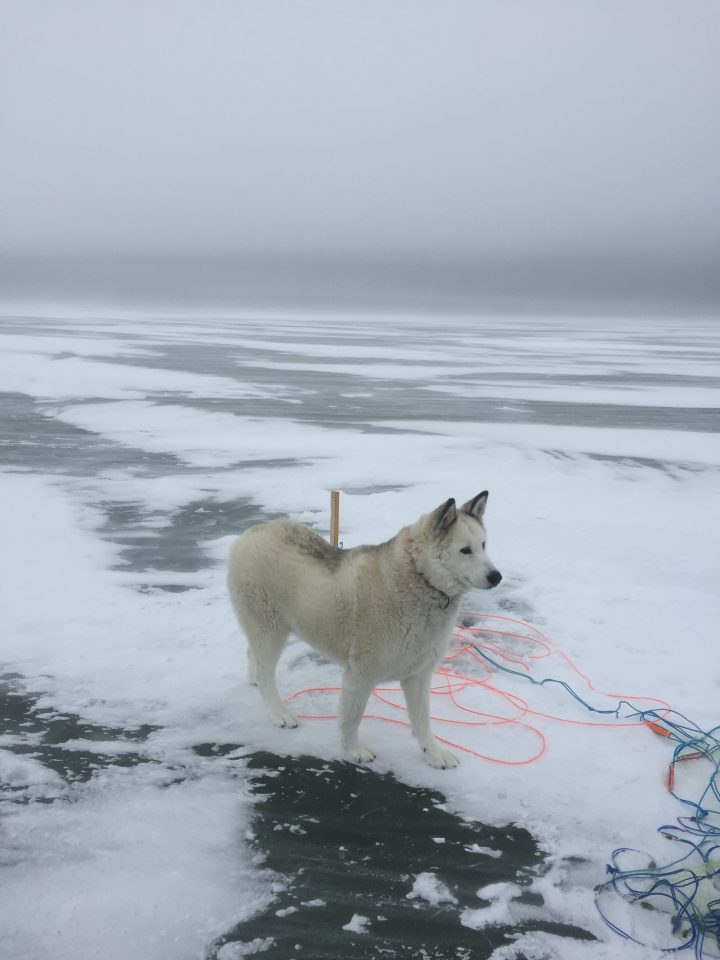 The dark cloud over the horizon tells us that the lake is still open in the middle.  We also have a fair bit of current when the wind blows.  Which is all the time on the Prairies!! 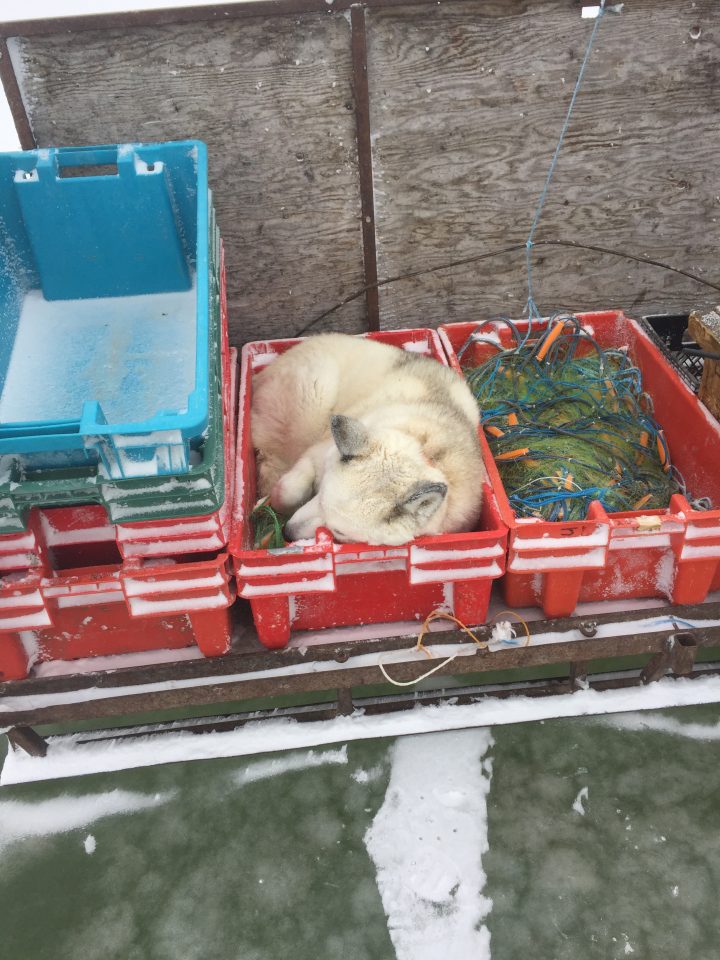 Dustee gets tired of the wind sometimes too.  She will find the place out of the wind in the afternoon and have a snooze.  She isn’t a pup anymore, 6-7 miles a day tires her out but she still loves it.  We let her ride on the way in now.

Next year is shaping up great.  Please let us know if you would like dates for 2018.  We are putting the pieces of the puzzle together for another great season.

Just another reminder, if you are booking a trip with us or have a trip booked and are sending in your deposit with a check.

Checks are payable to:

Please make sure that you have enough postage to send to Canada.