Another Season is in the Books

Another season has come to a close, the camps are all closed up for the winter and the Otter is put away for a much deserved rest.  We would like to thanks all of our guests who made 2017 a success.  It was a great summer of fishing, and weather.  It’s always bitter sweet to see another season end but the next one can not begin until we go through another winter.  Anyways, the best time of year is upon us.  Hunting season!

Our 2017 moose season was as hard as they come.  We had almost solid wind for 4 weeks straight.  There was only one or two mornings/ evenings each week where the wind actually went down which makes any kind of hunting difficult.  Hunting moose in the vast area we hunt in is extremely difficult even in perfect weather.  For only the second time in our history we were shut out.  No moose.  It wasn’t that we didn’t see moose or have opportunities, it was just more difficult in the windy weather.  We had a a few hunters see moose and not make a decision quick enough to take the shot and  then the shot was gone.  We also had one hunter pass up a small bull early in the hunt….. only to not get another chance at another bull.  Somebody once told me, “Don’t pass up on Monday what you would shoot on Friday”

It is very disappointing to have such a tough year but that is hunting.  The weather plays a huge role in our success and this year it made it hard.  Almost every hunter saw or heard moose but the wind makes them very leary to come out into the open, especially in the daylight.

I hunted for a few days after the hunters had gone home and had the same luck.  I got close to 2 different bulls but couldn’t get close enough for a shot.  One was within 25 yards in the thick willows and the other came within 100 yards 3 different days but just wouldn’t come out to where I could see him.

The sting of defeat goes away after a few days and then it’s time to focus on next season.  They will be bigger next year.  Moose hunting takes patience, persistence, perseverance and positivity.  Looking forward to next moose hunting season already.

Here are a few pictures I took along the way.

There was plenty of sign of moose around us.  There was a couple places where the rubs were 8 feet in the air.  I think only the real big bulls make rubs like this. 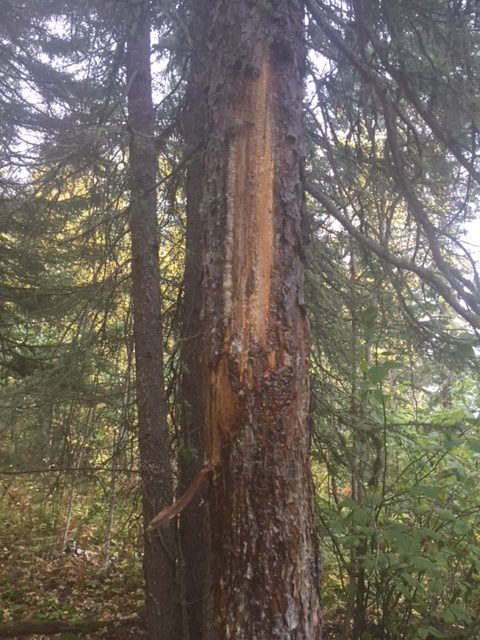 The bull I was close to for the entire hunt made this wallow.  I will connect with him next season….. 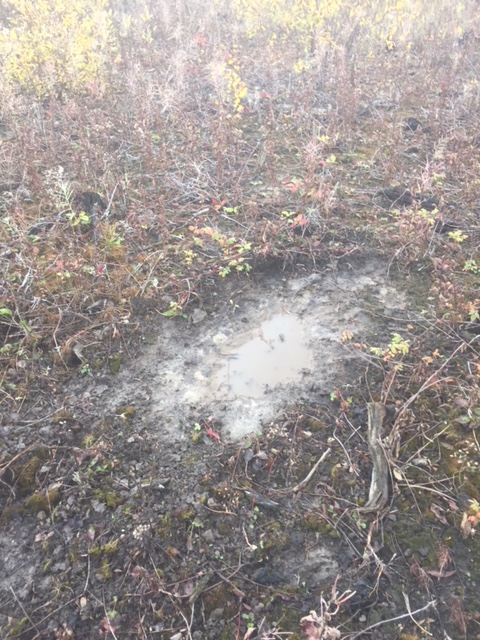 The burn leaves behind some neat looking wood. 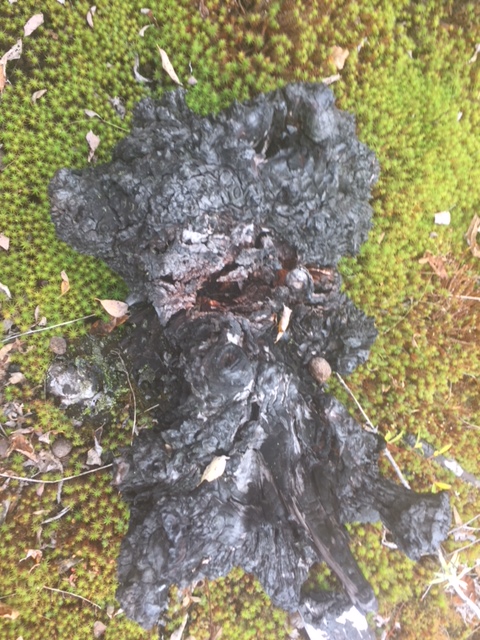 It was pretty warm during our hunt.   Warm enough for thunderstorms which is uncommon for this late in the year.  We went for this dark sky….. 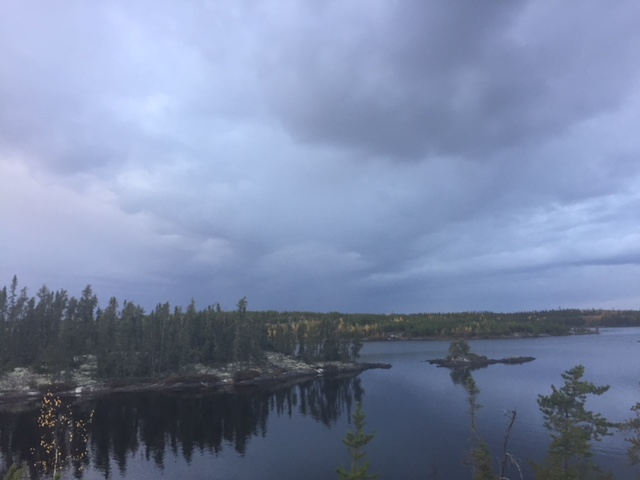 To this beautiful sunset…..

To getting chased off the lake by the storm as it came back on us, making it back 10 minutes before the downpour!

I was 10 feet away from this bear during the hunt.  I was sitting on the rock about a 1/2 mile from shore and he walked right up to me.  We saw each other at the same time and when I stood up he was gone in a flash. 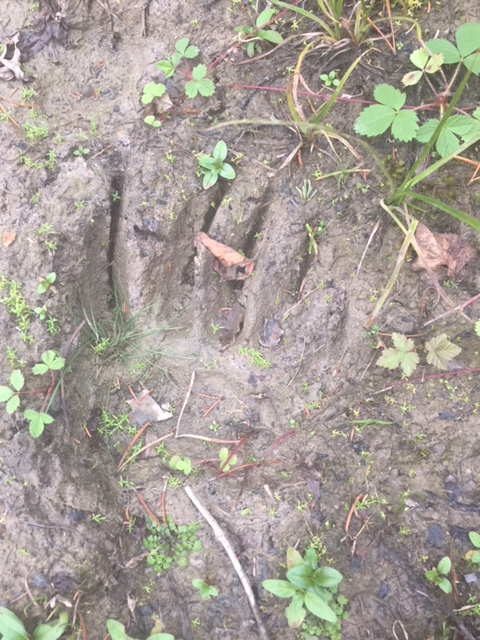 Dustee and Scott had a great fall.  Dustee is the perfect bush dog.  She feels like she is protecting us. 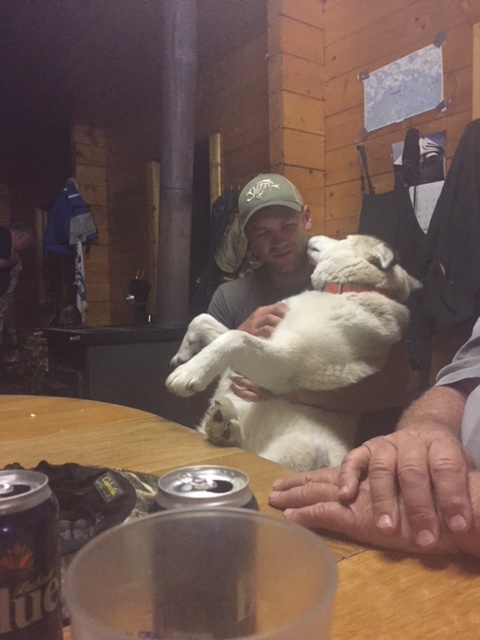 Scott is a great worker and very handy.  He put a lot of time and effort into a new boat ramp at Loree Lake.  Skinning and dragging these long straight logs from the island back to camp to build a good solid boat ramp.  This will make it much easier for our guests to get in and out of the boat and for pulling them up at night. 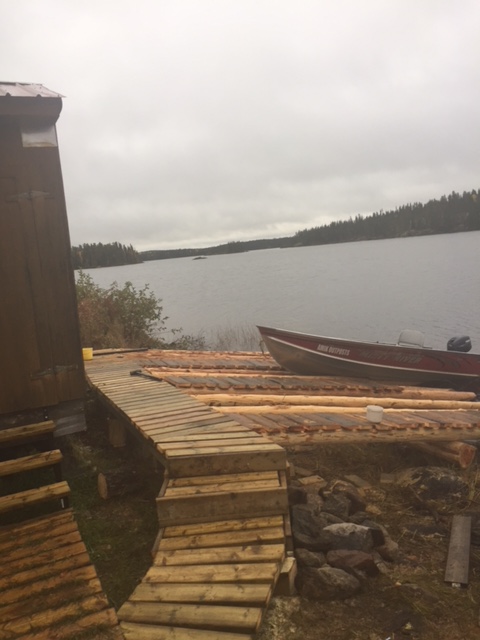 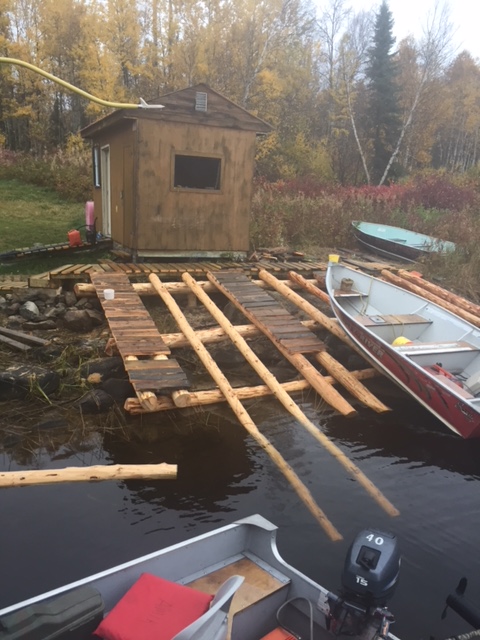 While hunting at the end of the season, I took Dustee one night.  She was perfect, she knew we were hunting and just sat and listened.  And also kept a close eye on the beavers milling around us. 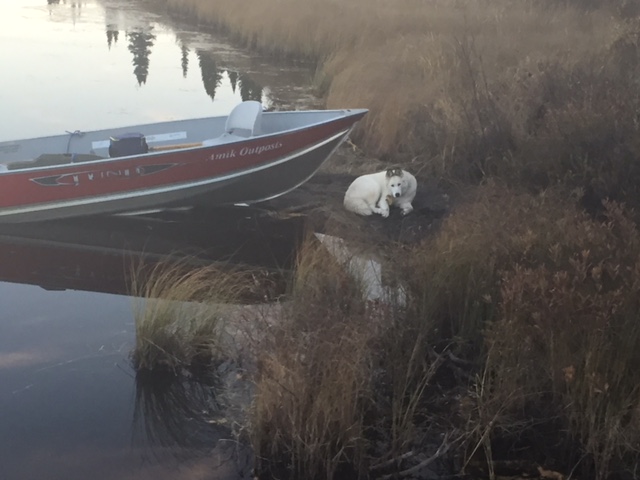 We have also been busy servicing the motors for next season.  We are in good shape motor wise.  Our guests did a pretty good job this year of not hitting rocks and looking after our equipment.  Next year should be another trouble free season.  We are looking forward to 2018! 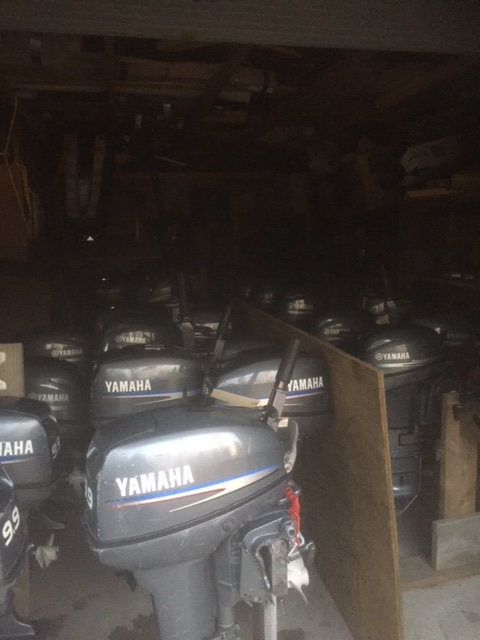 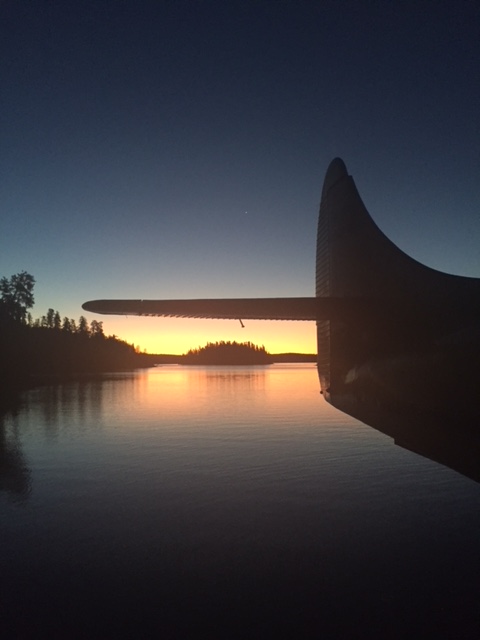