Time flies when you are having fun.

I apologize for not having any new blogs lately.  We have had one of our busiest July’s ever.  Lots of flying and lots of happy fishermen!!

It has been pretty hot in the North and the fish have been active.  Fishing has been excellent!  Lots of fish and plenty of big ones.  Some camps who didn’t catch as many as other years reported catching more big ones than ever.  Other camps seemed to have a ton of fish but not quite as many big fish compared to normal.  Fishing is fishing and its better than working.  Everyone has been having fun and enjoying their stay in the bush.

Walleyes continue to occupy a wide range of depths on all the lakes from the farthest north to the farthest south.  Walleye have been caught in 4 feet of water one day in the weeds on a hot sunny day and then the next day they would be found in 20 feet of water off the points.  One thing for sure is that the fish are where you find them.  Pretty much every group coming out reported catching lots of walleye from 20-23 inches with quite a few up to 26-29 inches.

Big pike have been caught walleye fishing for the most part, on a jig.  Mid summer pike fishing can be a bit tougher and most of the time the best bait is a walleye you are bringing into the boat!  There has been many reports of big pike attacking small walleye or pike right at the boat!  We have had quite a few 40 plus inch pike caught throughout July with the biggest measuring 43 inches.

The Short party have been with us a few times and just may have found the lake where they will call home.  They went to Jeanette Lake and had an absolute blast!  Tons of big fish, awesome weather and great family time.  These pictures and these smiles speak for themselves. 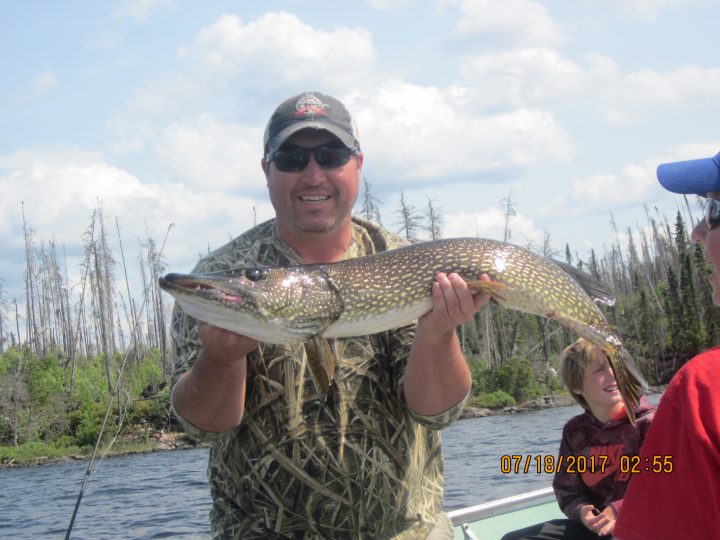 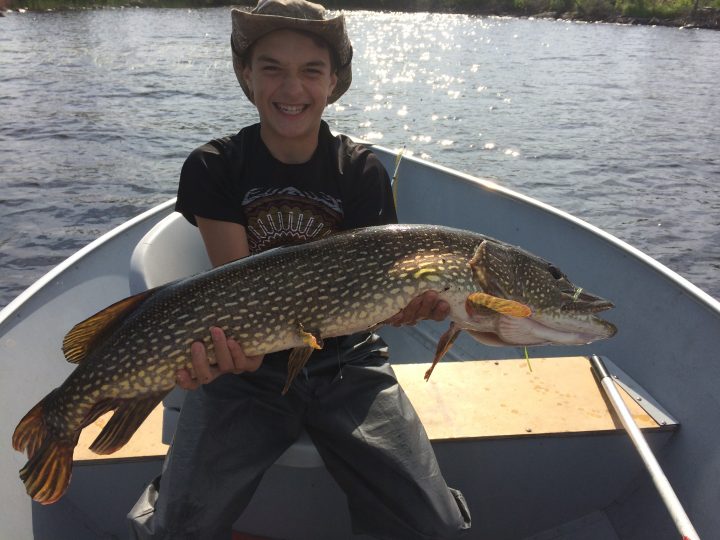 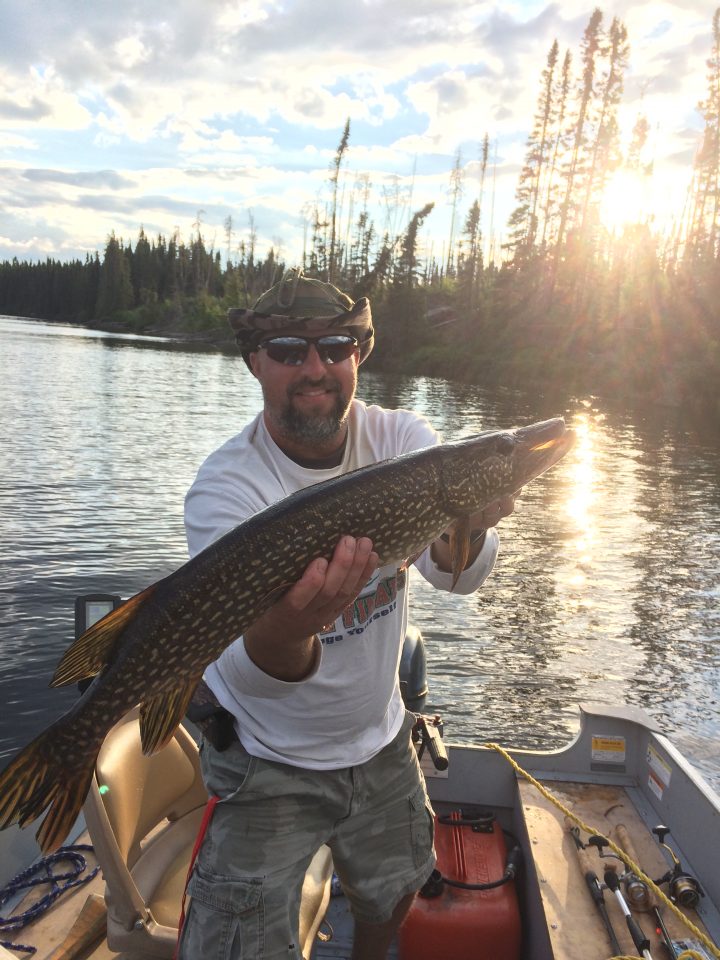 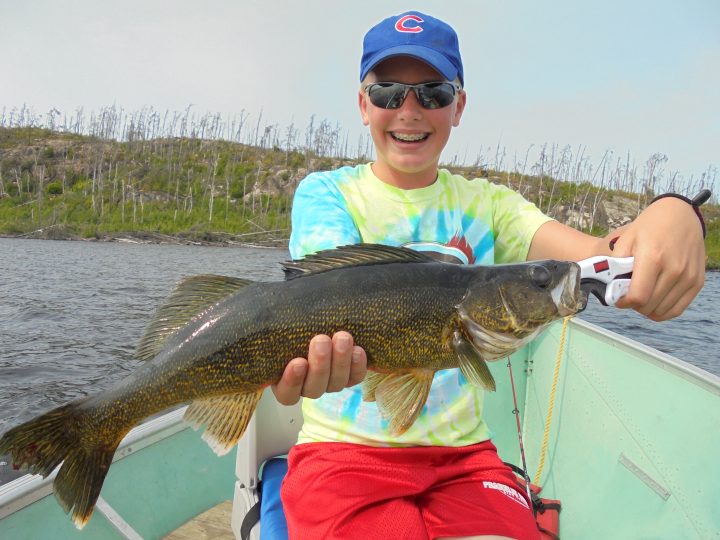 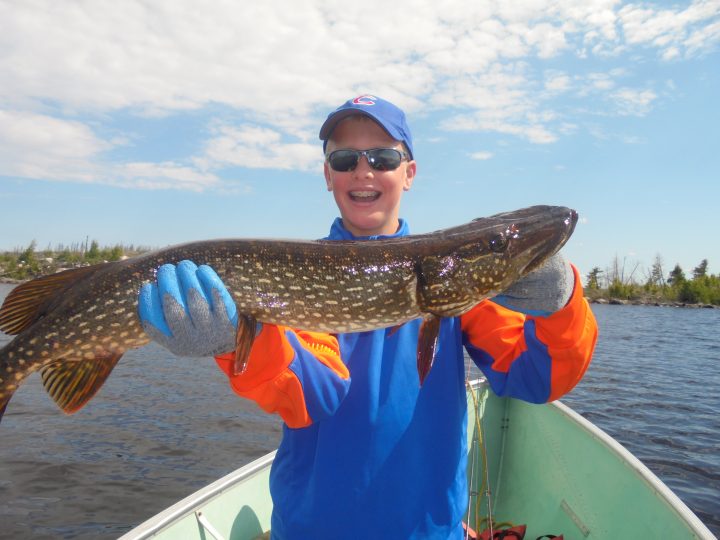 The Gillespie party fished on Loree Lake recently.  Here are some of the big fish they caught during their stay with us there. 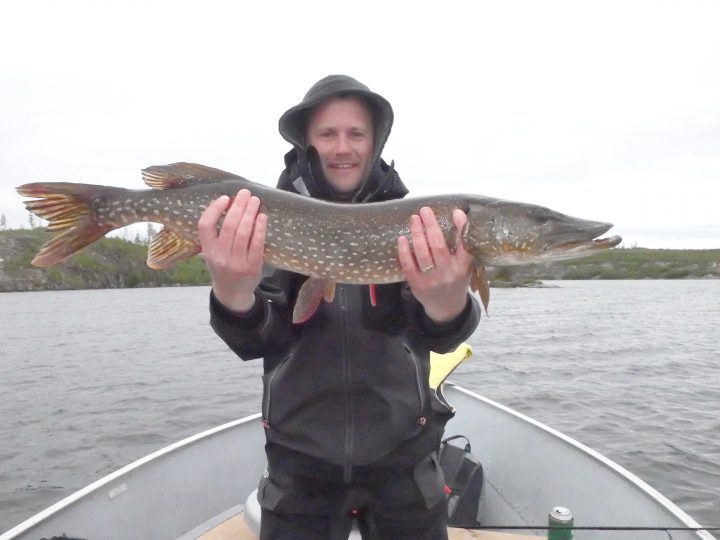 Here is a nice 27.5 inch walleye which was the biggest walleye of the trip. 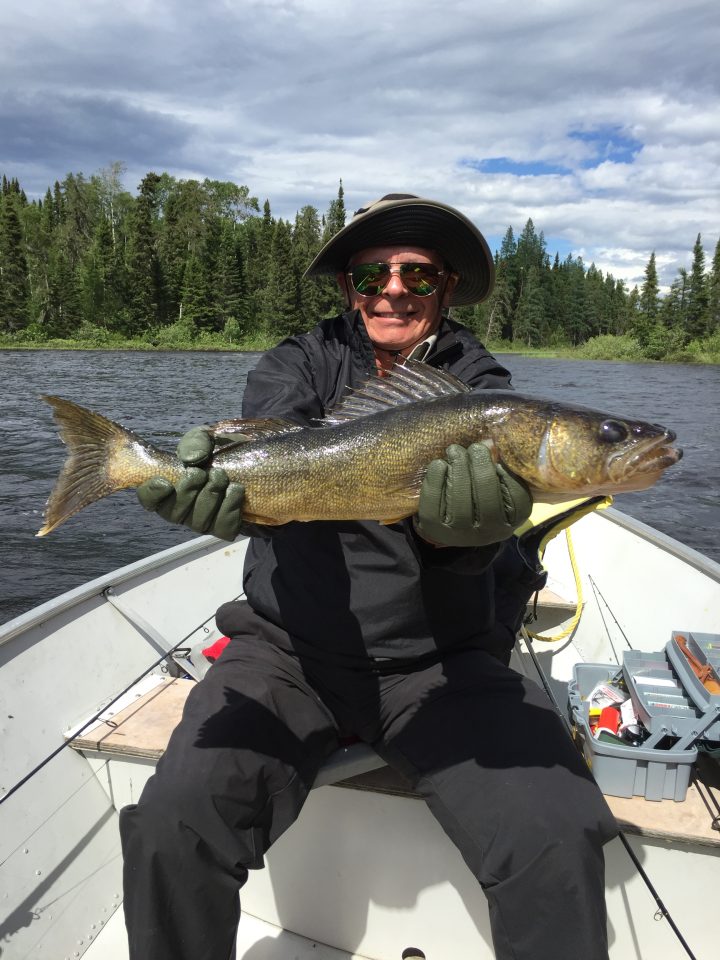 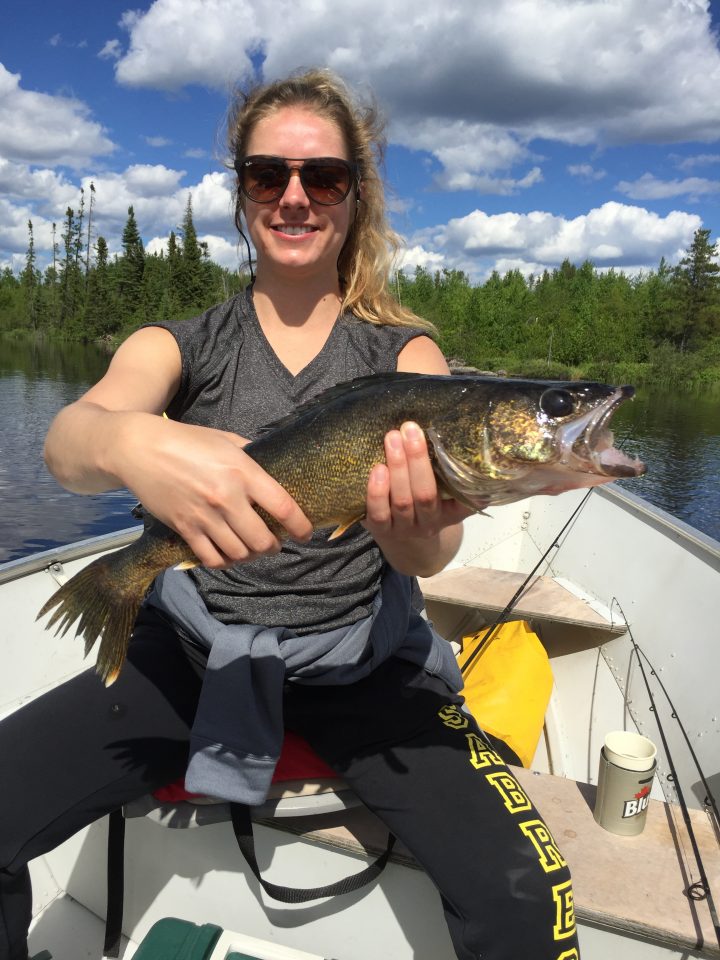 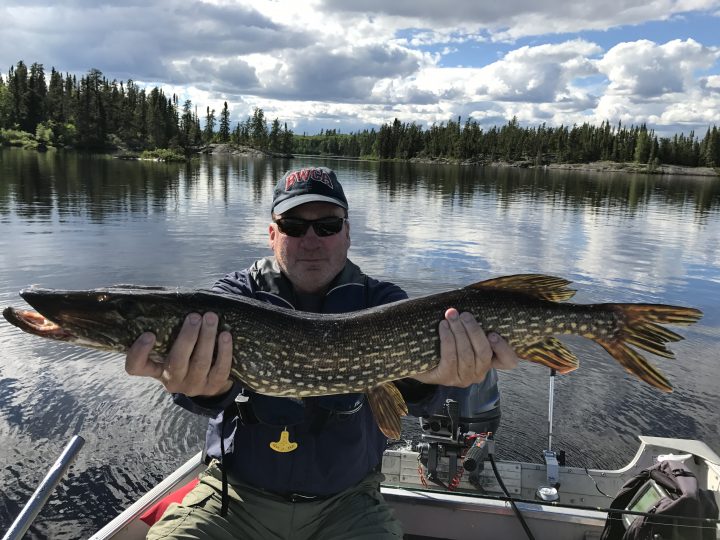 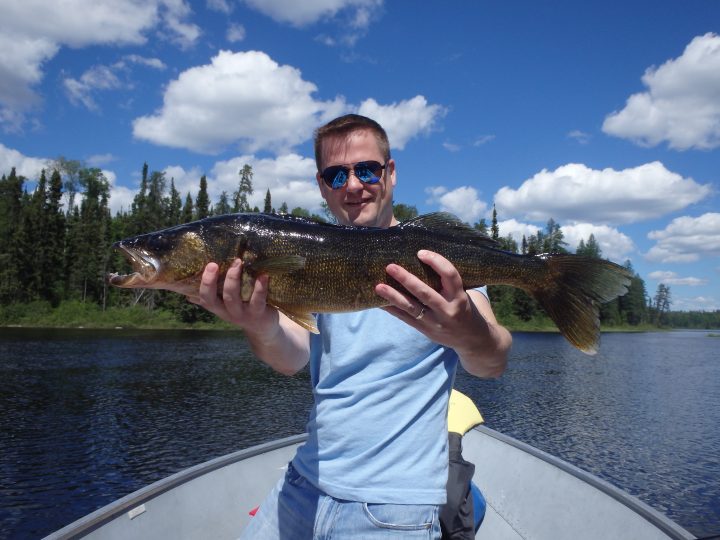 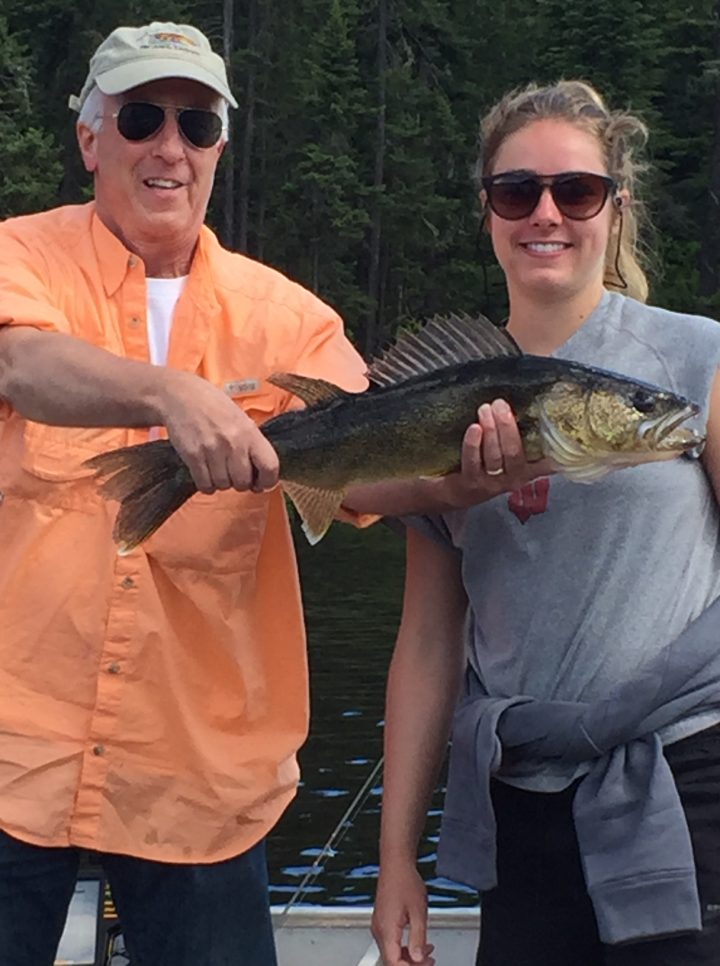 During the month of July there is a float plane festival which happens in Red Lake.  This year there was an acrobatic team of Harvards doing the airshow.  It was awesome to see the close formations and aerobatic flying.  It sounds awesome to have 4 radial engines ripping through the air.

With the hot weather we have had it has begun to dry up and we have had some thunderstorms as well.  There is a few smaller fires burning around the north and occasionally you can smell smoke.  Nothing really big burning though in our area yet but we are telling our guests to be extra careful with any fires they may be having.

Here is an early morning flight that ended up having an unscheduled stop along the way to wait out the storm. 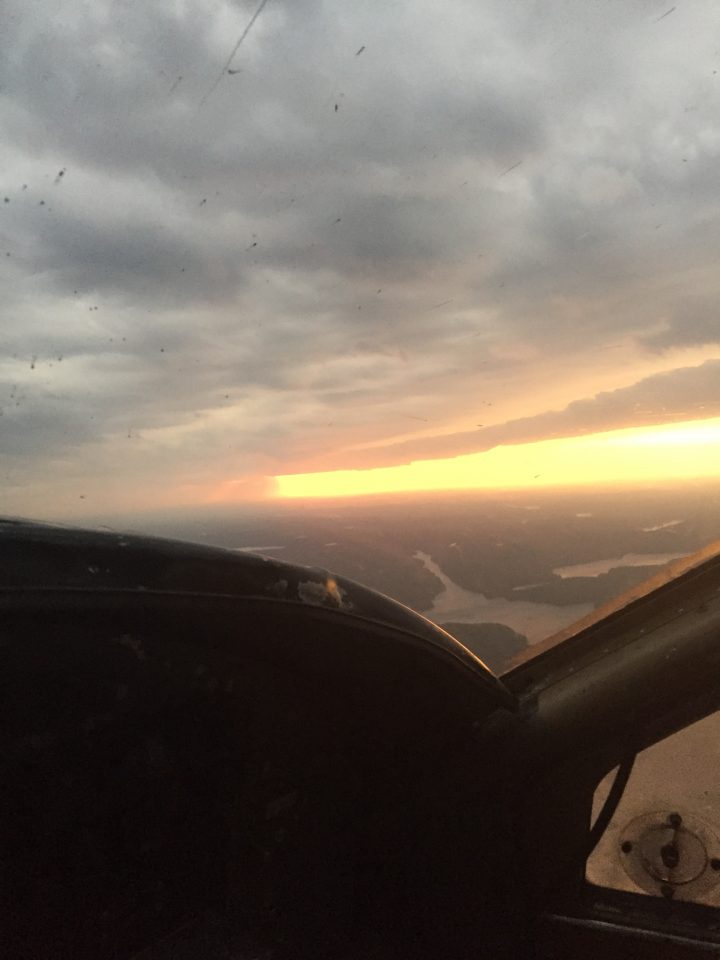