Fishing in the rain has been awesome!

The last post jinxed us.  We have had some bad weather and lots of rain in the north!  We are not sure how much rain we got up in the far north but we had 2 low pressure systems that sat up there for 3 days 2 weekends in a row.  Needless to say we were delayed almost every day but were able to get all of the people moved to and from the camps the day that they were scheduled. 🙂  Water is now high.  If you are going to Cobham Daniel, Morley or the River please bring some rubber boots.  The water is over the dock.  Cherrington, Vee, Findlay and Loree are higher as well but still below the dock.  Let’s hope the weather dries up.

The Tylinski Party fished Jeanette lake recently and had a great time. 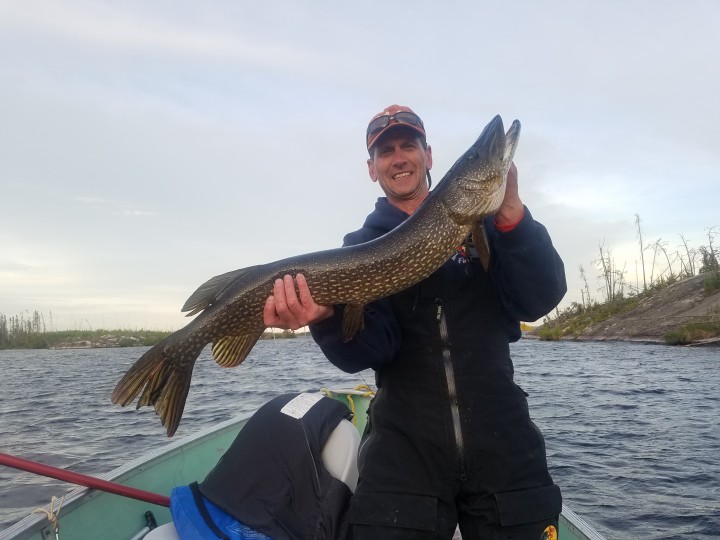 I would say that the fish are feeding!! 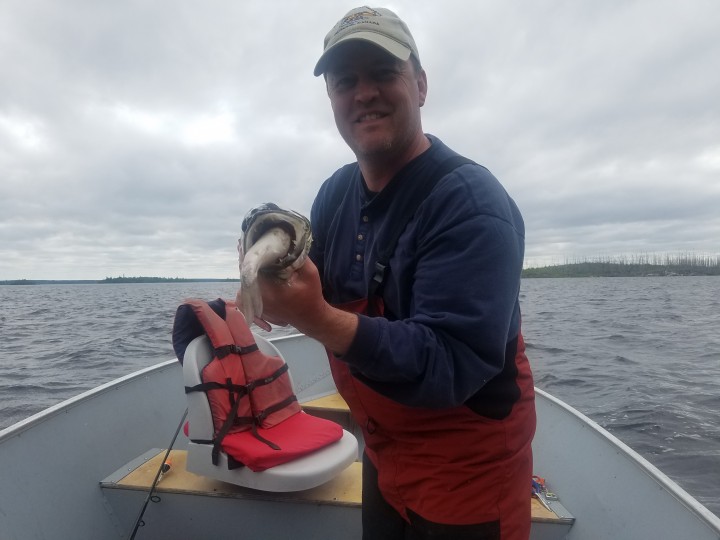 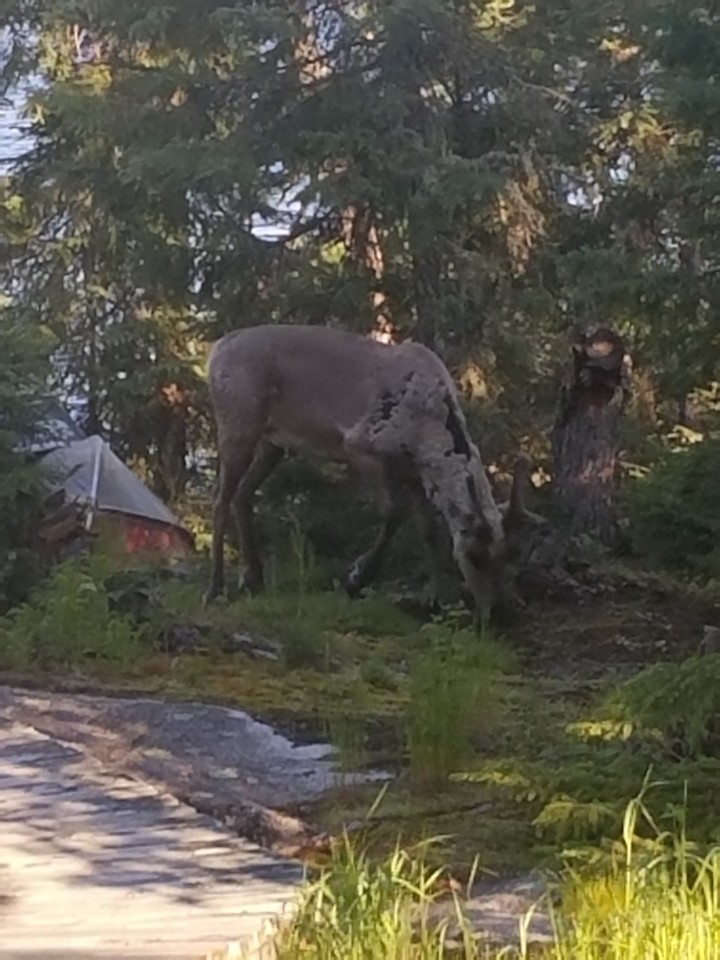 The Delforge family went to Shearstone and the sun shined……

For 45 minutes after I dropped them off.  Then it rained and misted for 4 days straight!  They had a great family vacation and caught a ton of fish.  With more cabin time there was lots of laughs and card playing while their gear dried out so they could head back out to catch more big fish. 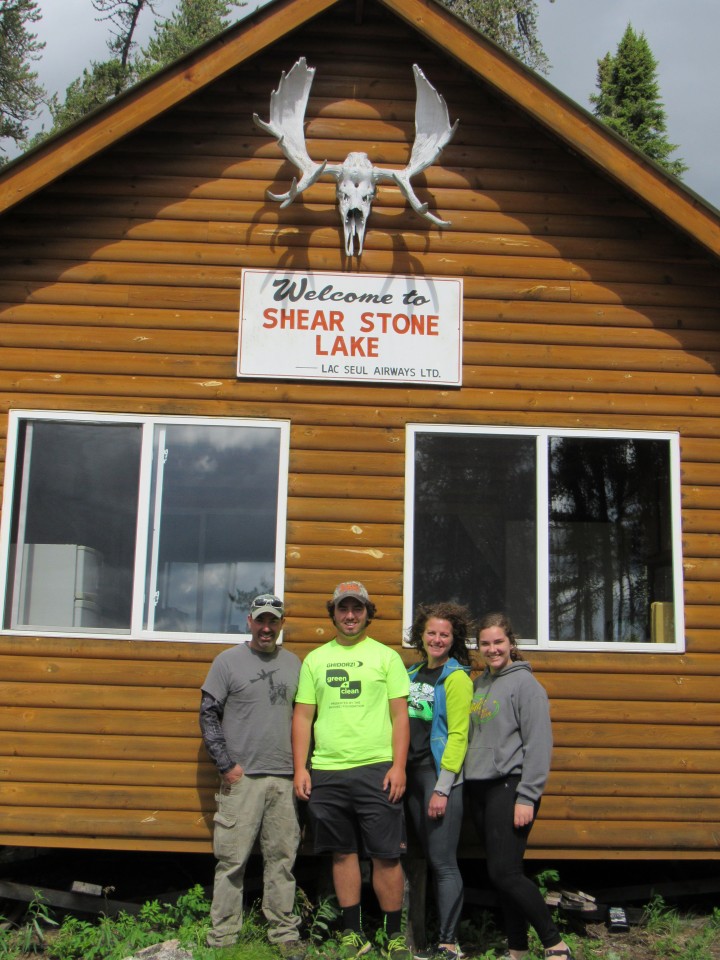 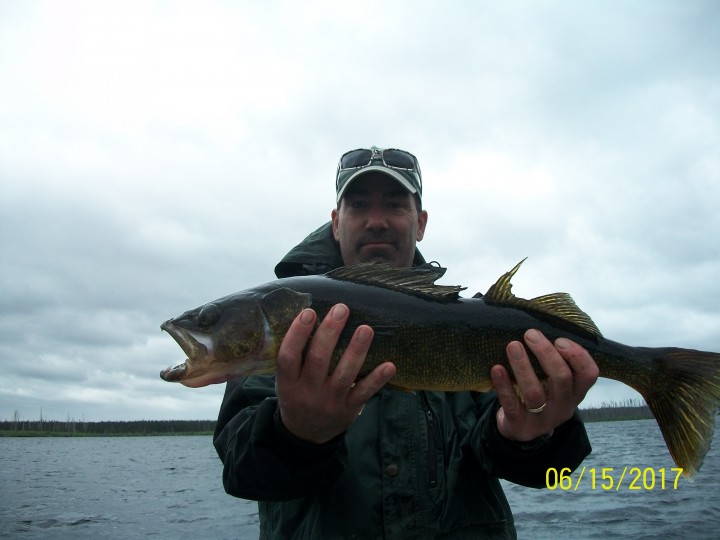 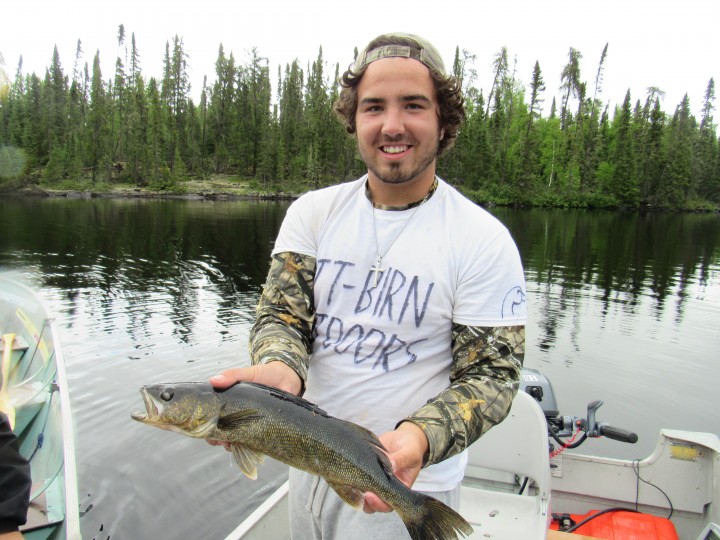 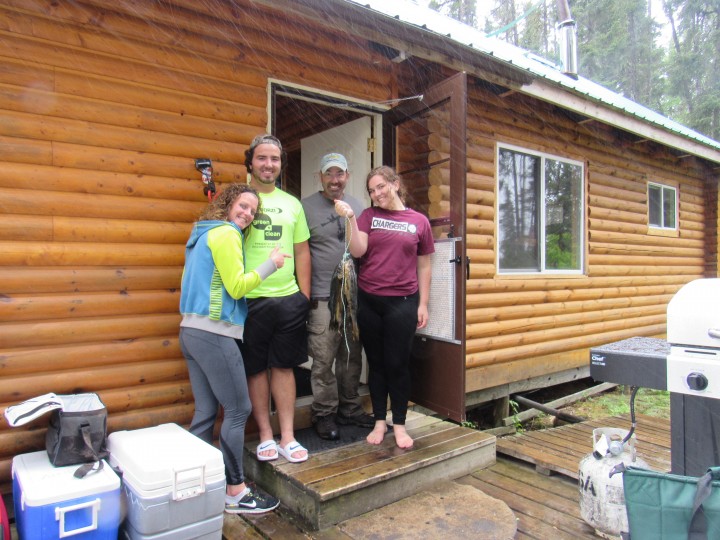 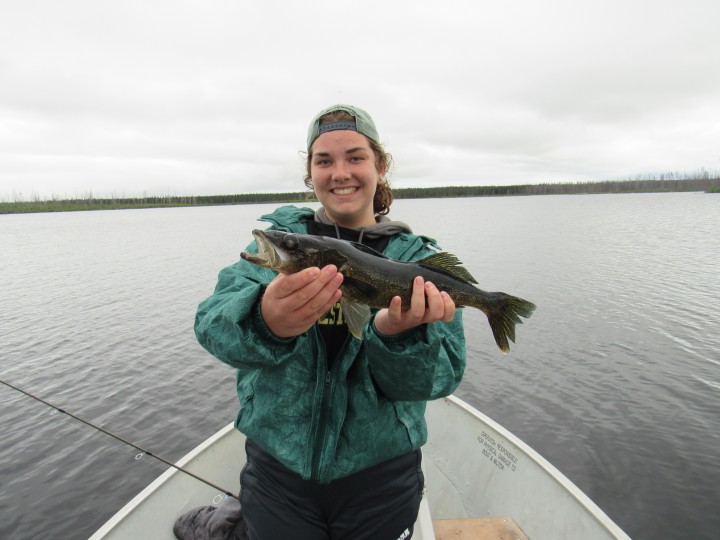 A sucker puts up a heck of a fight!!! 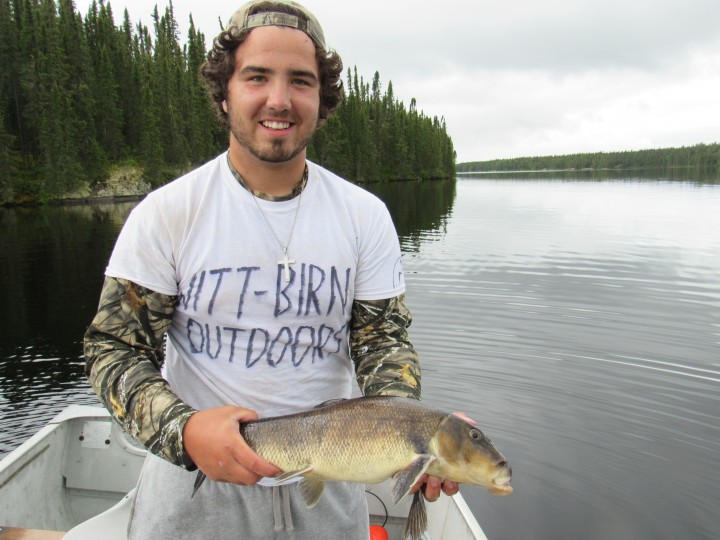 Here are a few more pictures from the Bowling party who went to Cobham Daniel recently.  It looks like we had a great day to fly in! 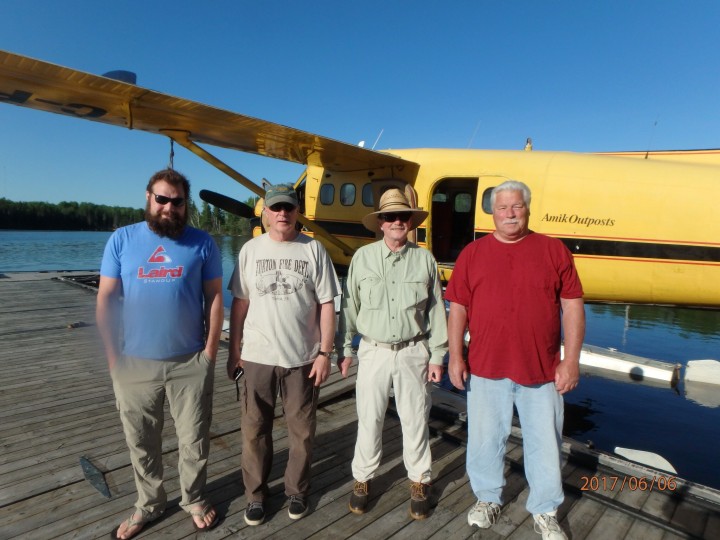 They fly fished quite a bit and did very well on catching some big pike! 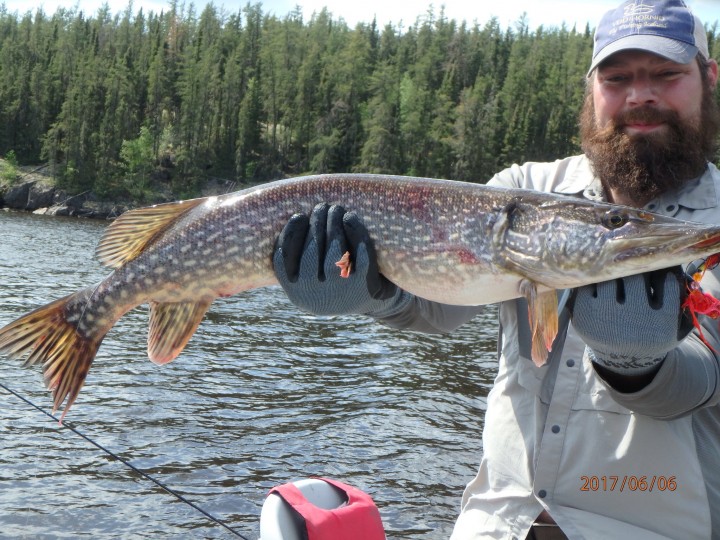 Every once in awhile you run into some of the local residents out on the lake. 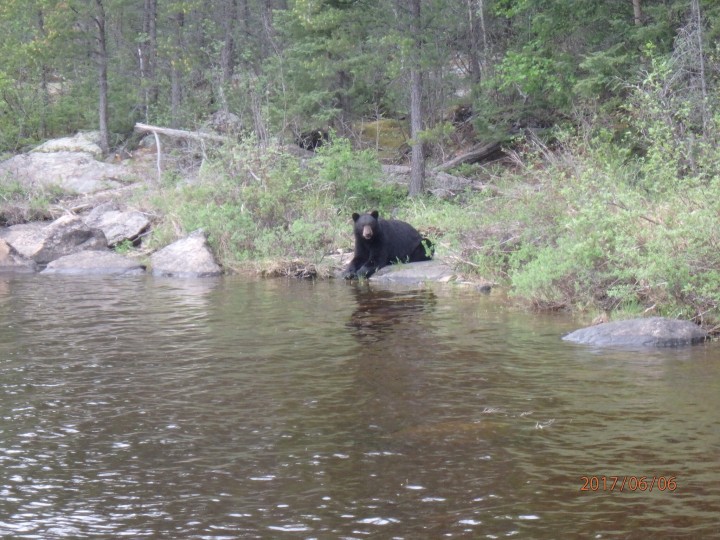 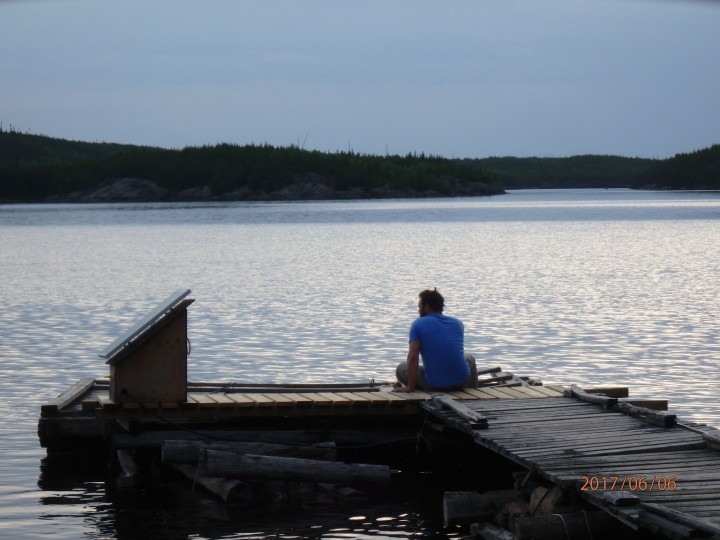 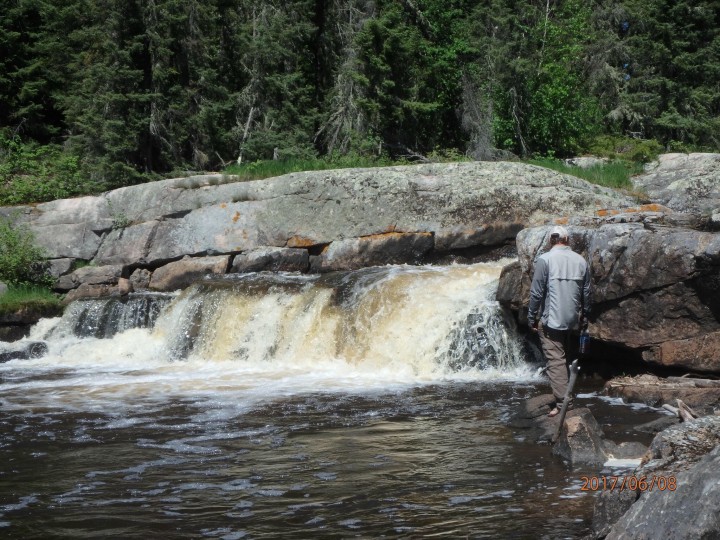 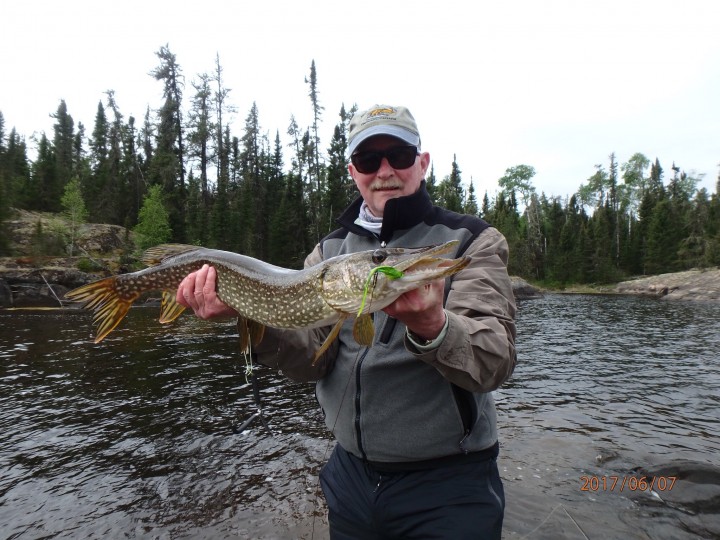 Fishing overall has been great during the crappy weather but we would rather see the sun!!! 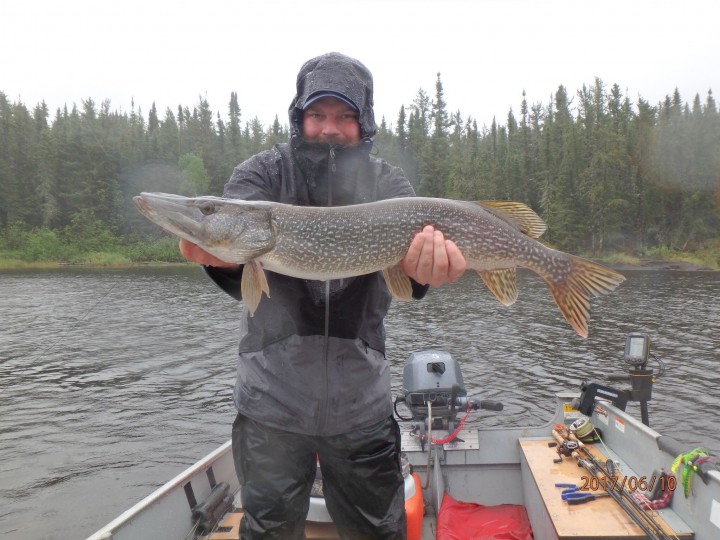 The weather has started to straighten out and lets hope it dries up for awhile to let some of this water drain away.

Here is a great picture of Vee Lake from 5500 feet on our way home from the Cobham River yesterday as the weather finally began to clear. 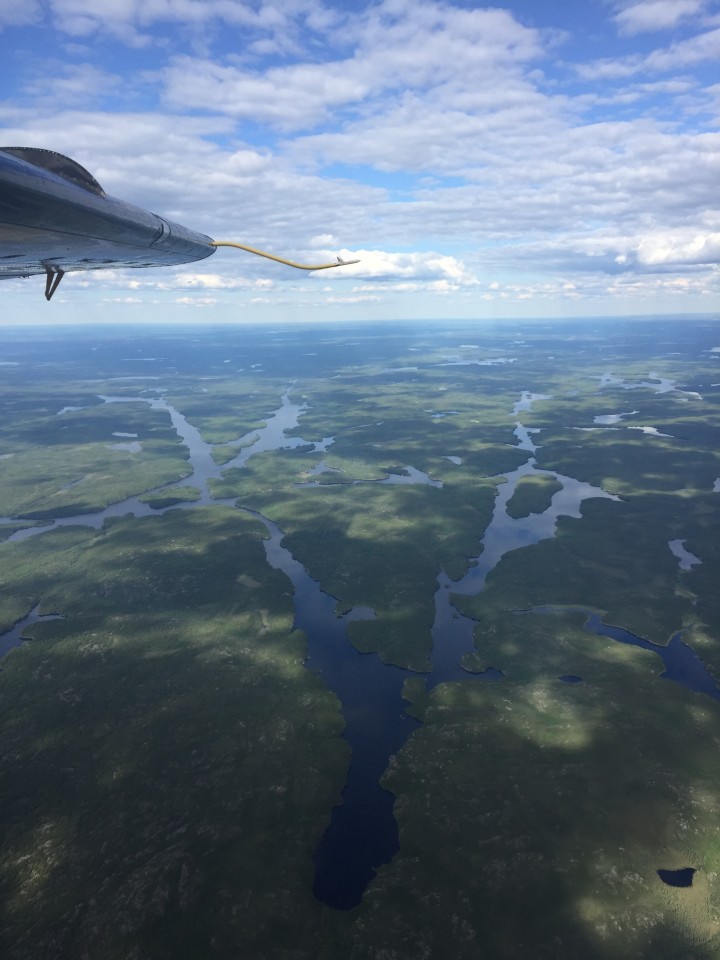 We had a day where we had to stop and do some work at Darkwater Lake and had a couple hours to fish.  Of course Dustee had to keep us company and keep us safe.  We caught a bunch of fish and saw 3 moose.  Here is our new dockhand Scott with a 23 inch walleye. 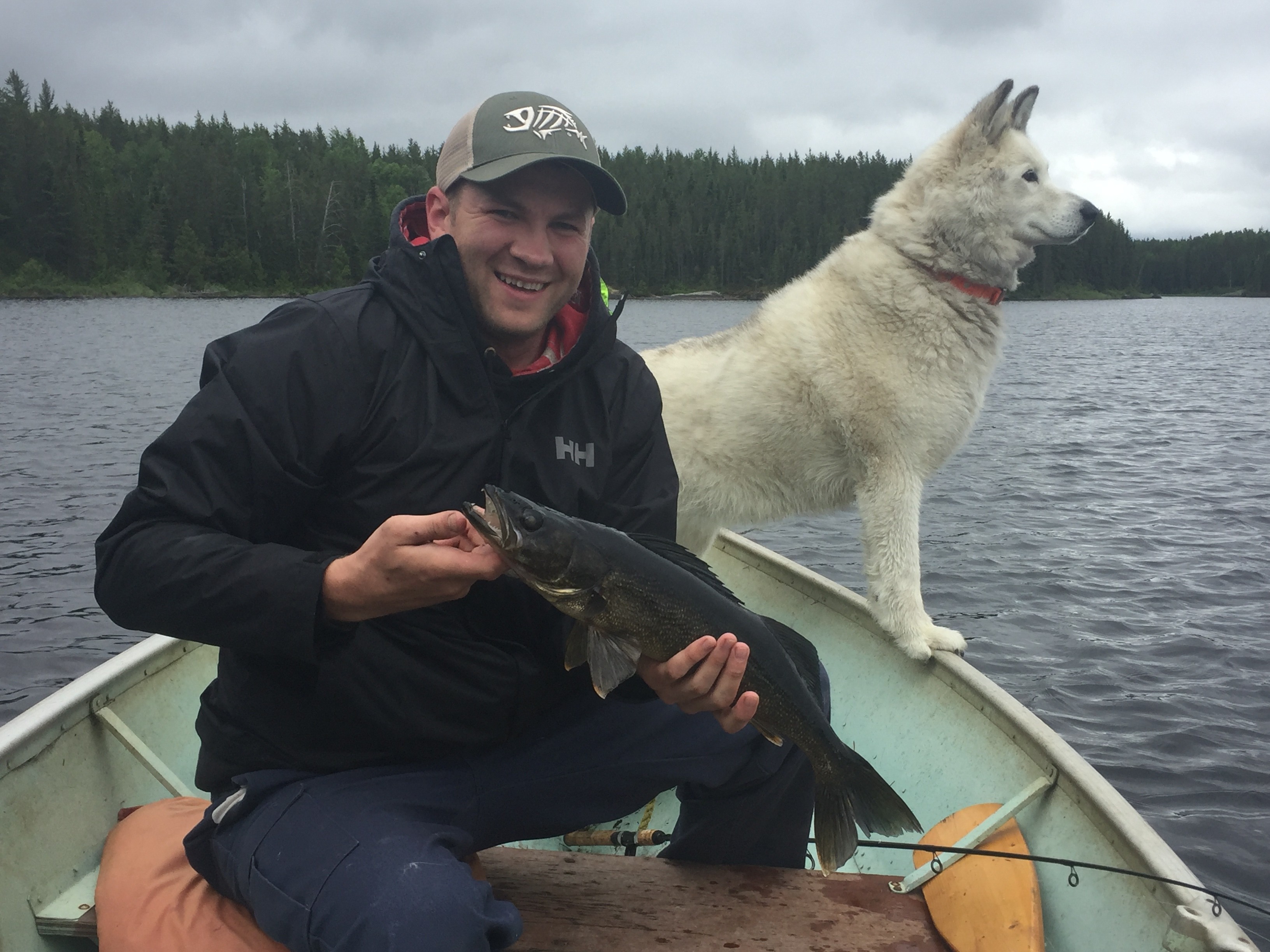