Our season continues to roll on and as certain people walk through our door we know what time of year it is because of the date they have occupied on a certain lake every season!  We really appreciate our guests and the fact that they love to be in the bush as much as we do.  That is part of what drives us to do our best and show them a great time.

Our weather has continued to be very unsettled and ever changing in some regions while in others not so much.  We had some very hot weather in the past 10 days with some vicious thunderstorms, many beautiful days, but have also had some days and nights in the 40’s. As the weather has been weird, so has the fishing been.  The fishing has been spectacular and it has been okay.  Experience, ability to adapt to changing conditions(follow the fish), the weather, and if they used any kind of bait or not are the biggest factors I consider when hearing fishing reports.

Most of the fish have began to settle into some fairly consistent depths of around 10-12 feet of water.  The pike have began attacking walleyes again and most of the big ones were caught while walleye fishing.  Walleye numbers have been more consistent as well since they too have started to hang around the windy points and shorelines in 12 feet of water.  Earlier last week there was reports of walleyes from 2 feet to 20 feet.  There was even fish caught in 20 feet suspended over 50 feet of water.  Many weather changes at times has forced our fishermen to put their thinking caps on and try some different tactics but those days appear to be behind us.

Here are some pictures we have received this week from our guests.

The Lawrence party made their first flyin trip to Dark Water Lake and had a blast!  Catching many 21-22 inch walleyes with the largest measuring 24 inches and plenty of nice Pike.  Kirby was the youngest in the group and of course caught the biggest fish of the trip!  A 36.5 inch pike! 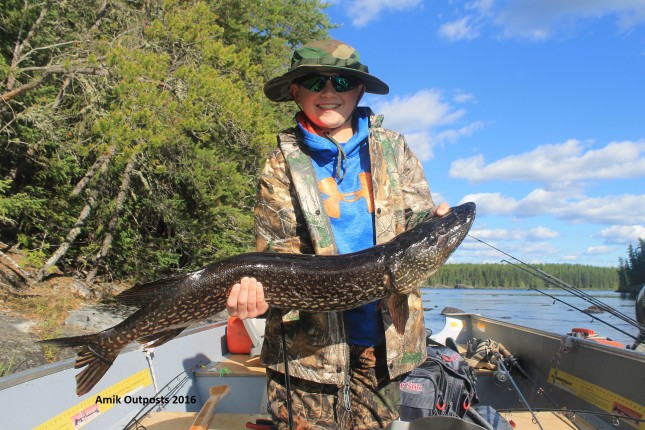 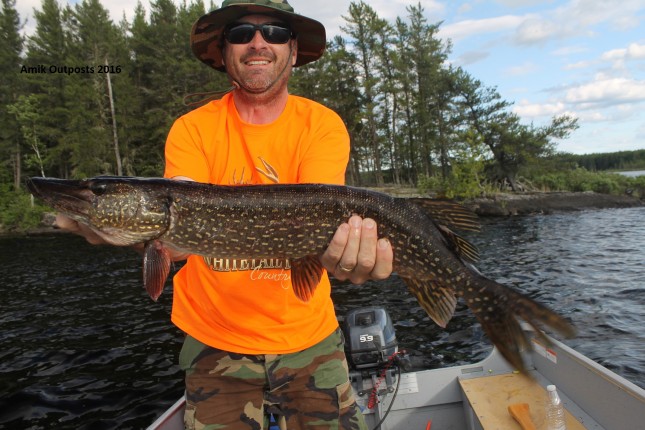 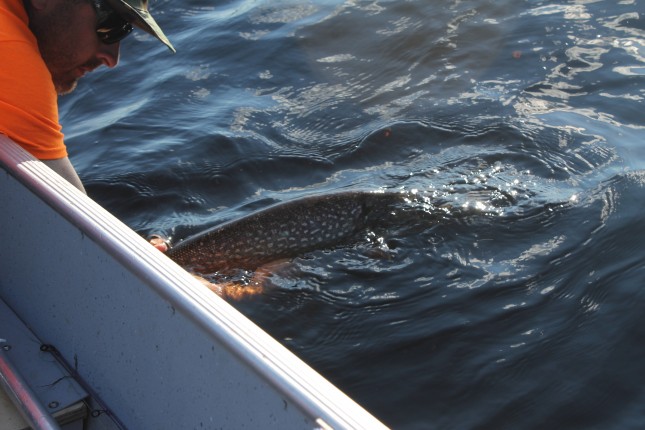 The Hendricks family has been going to Vee Lake for a few years and are getting to know it quite well.  This year they caught great numbers of fish and had one spot in particular where they nailed them!  in their new favorite spot they caught a 25,24, lots of 22-23 inch walleye.  Fast action with big fish! Here are a few pictures from their trip. 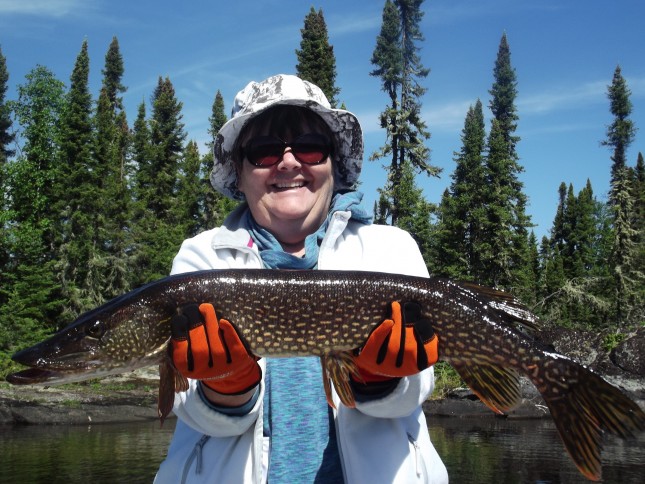 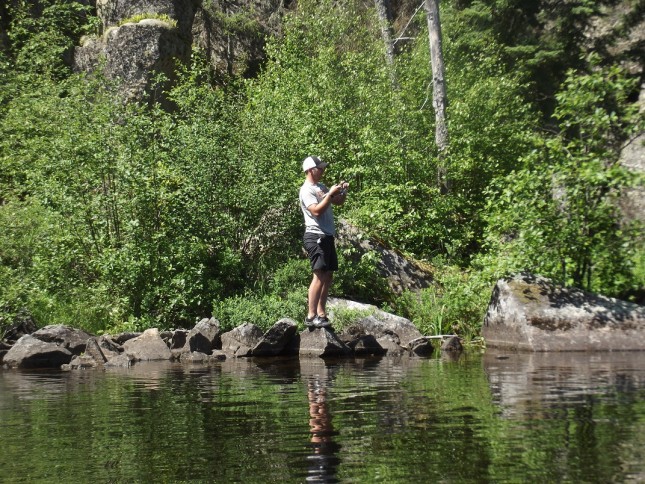 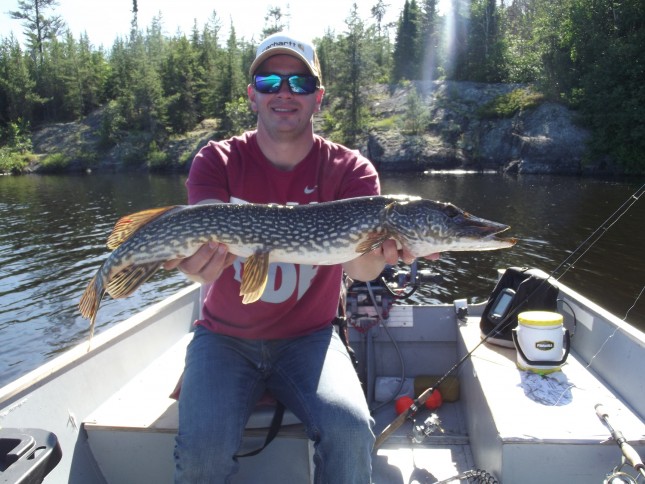 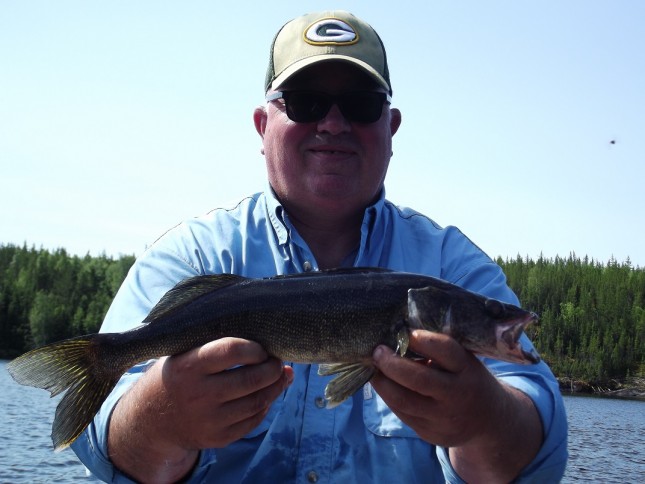 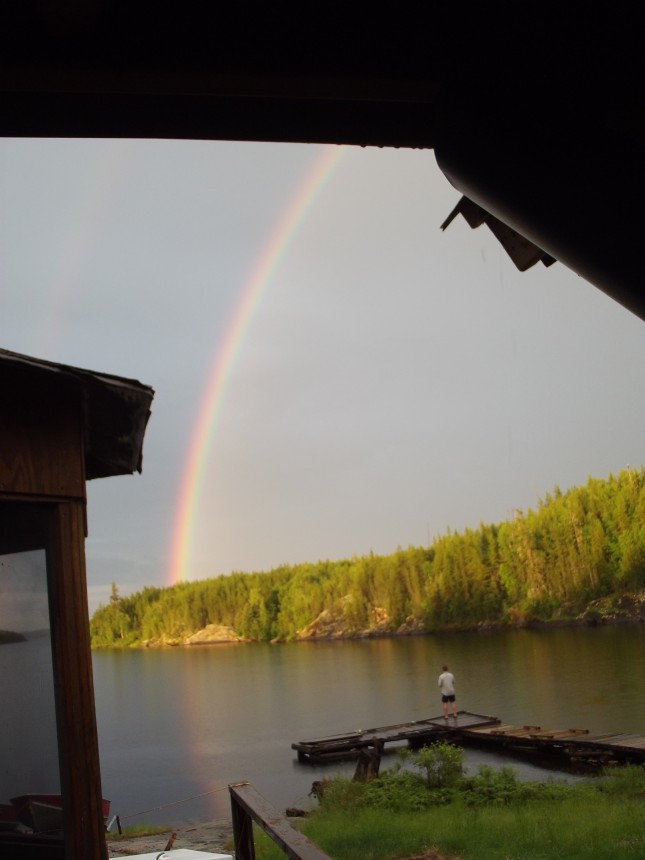 The Berg party had a younger group this year to partake in the crazy walleye fishing Cherrington Lake is known for.  The fishing out on the Big Lake has turned on! July is the best time out there.  Walleyes are usually all over 20 inches long or better and all have shoulders on them. 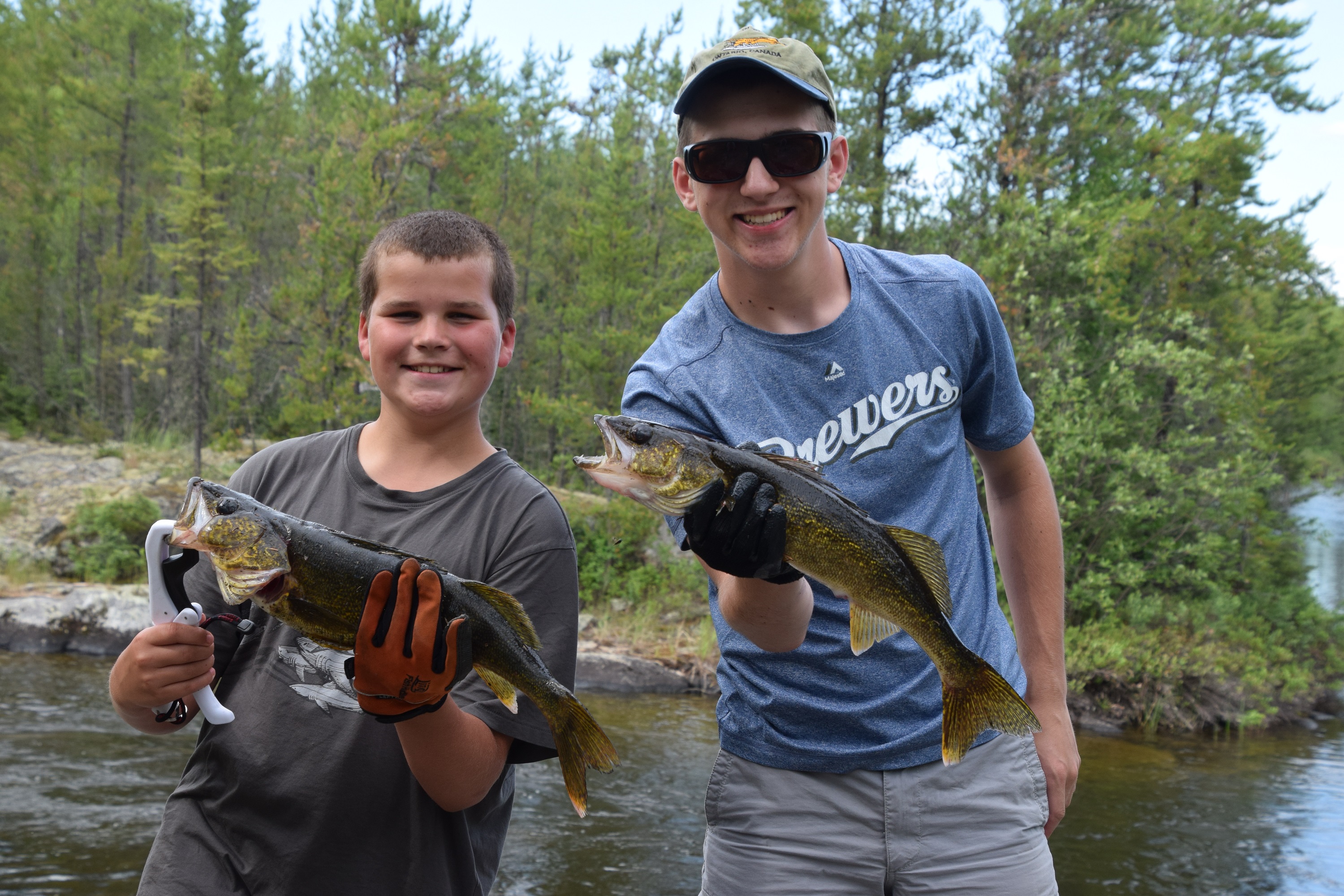 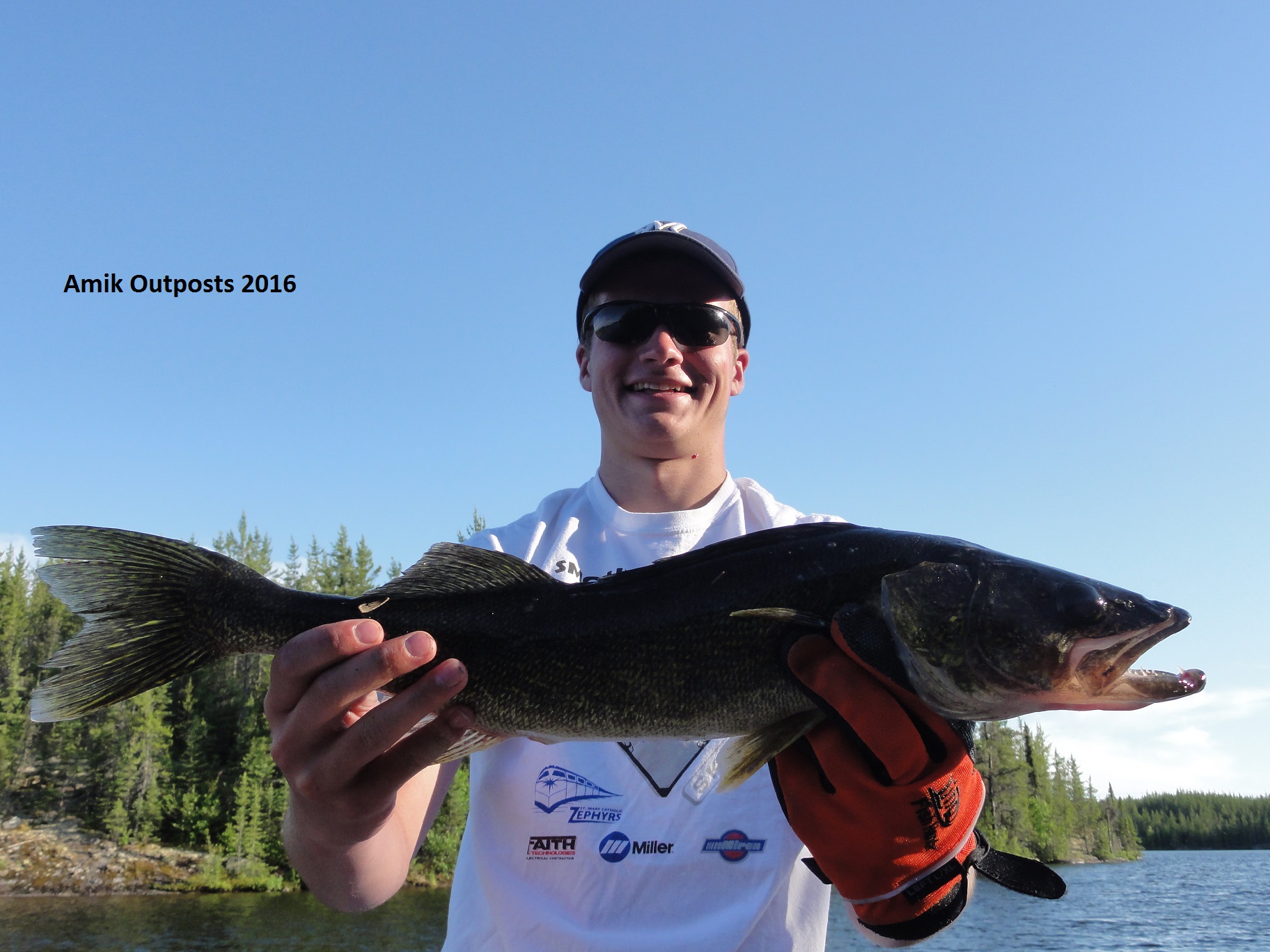 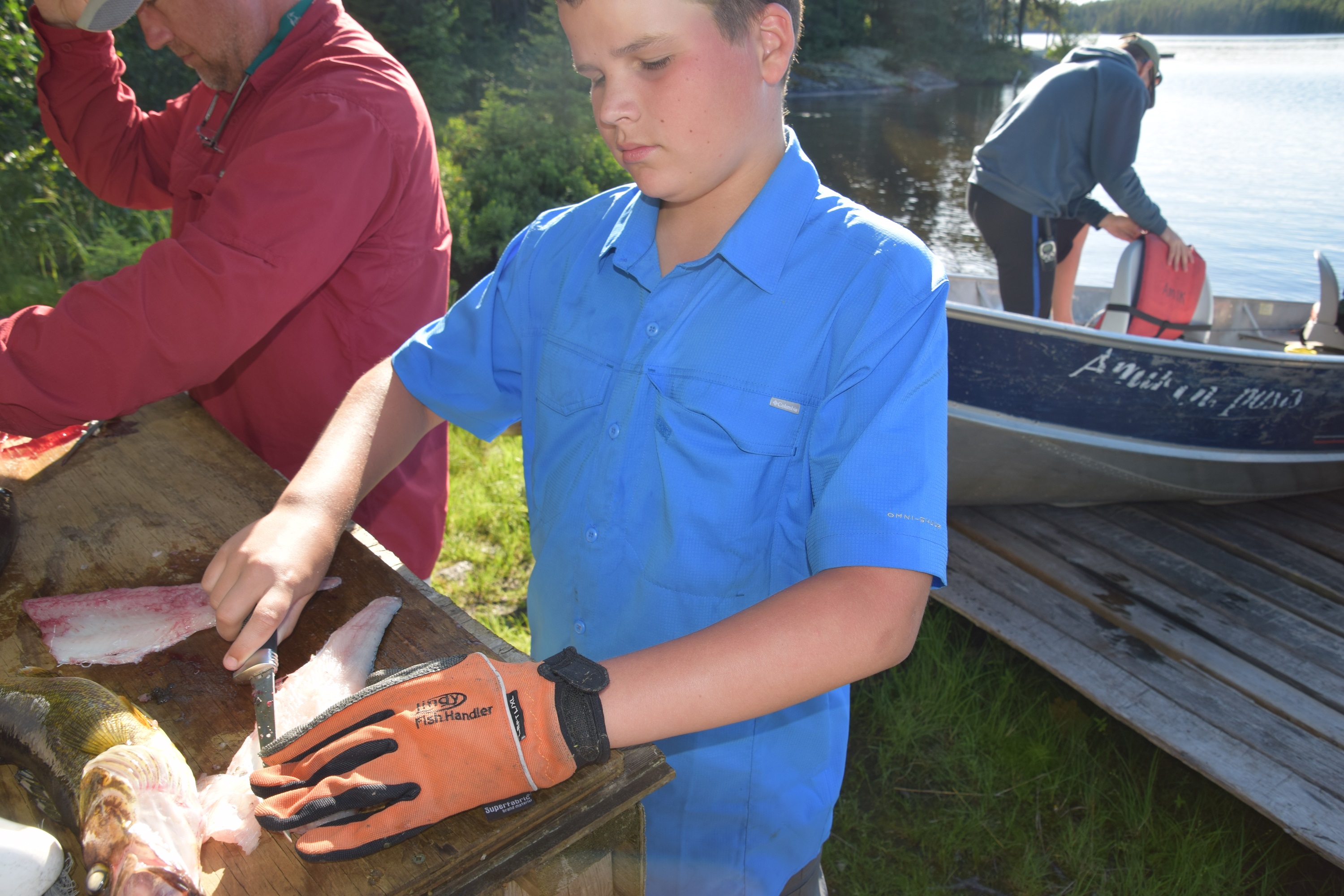 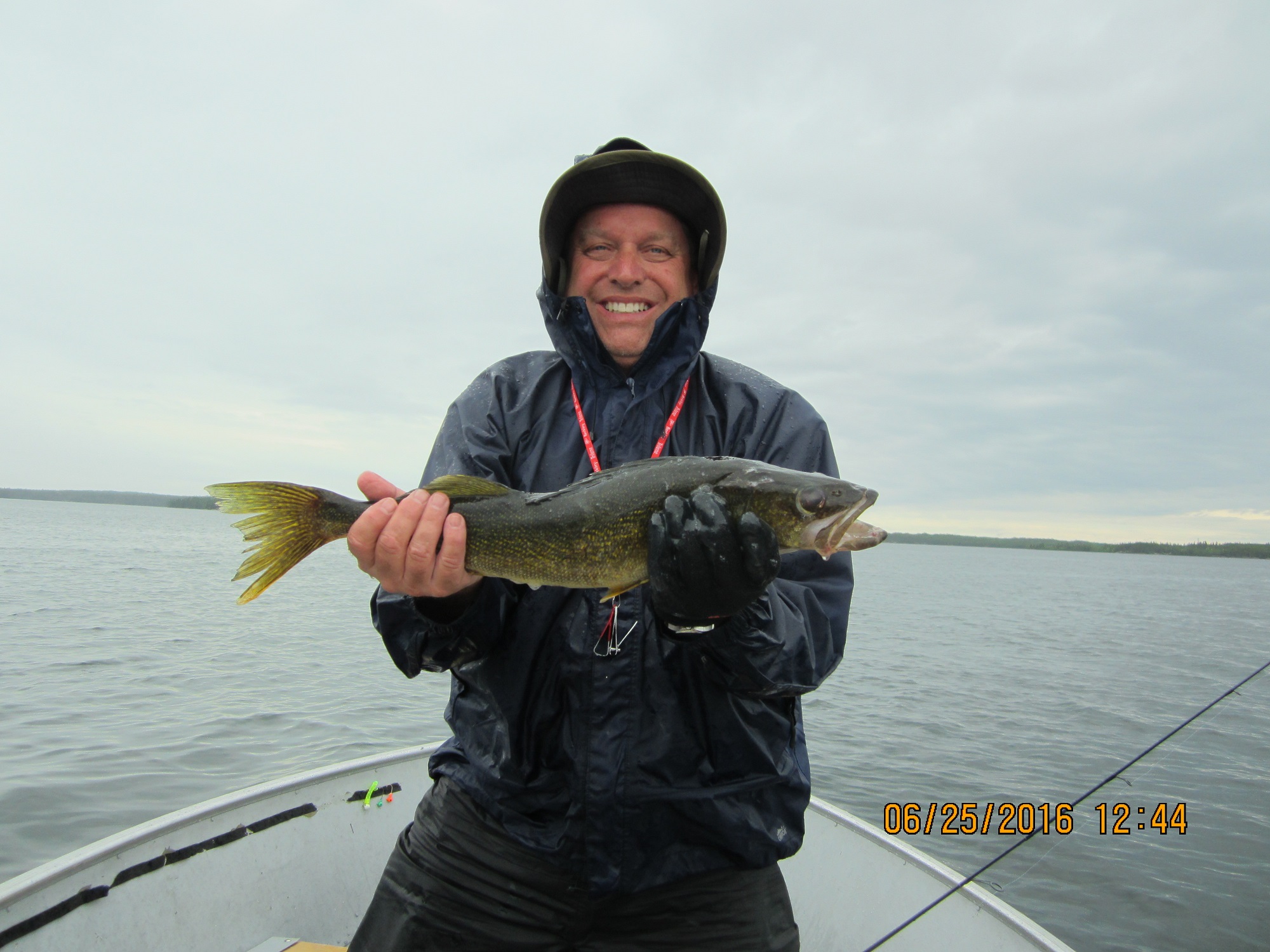 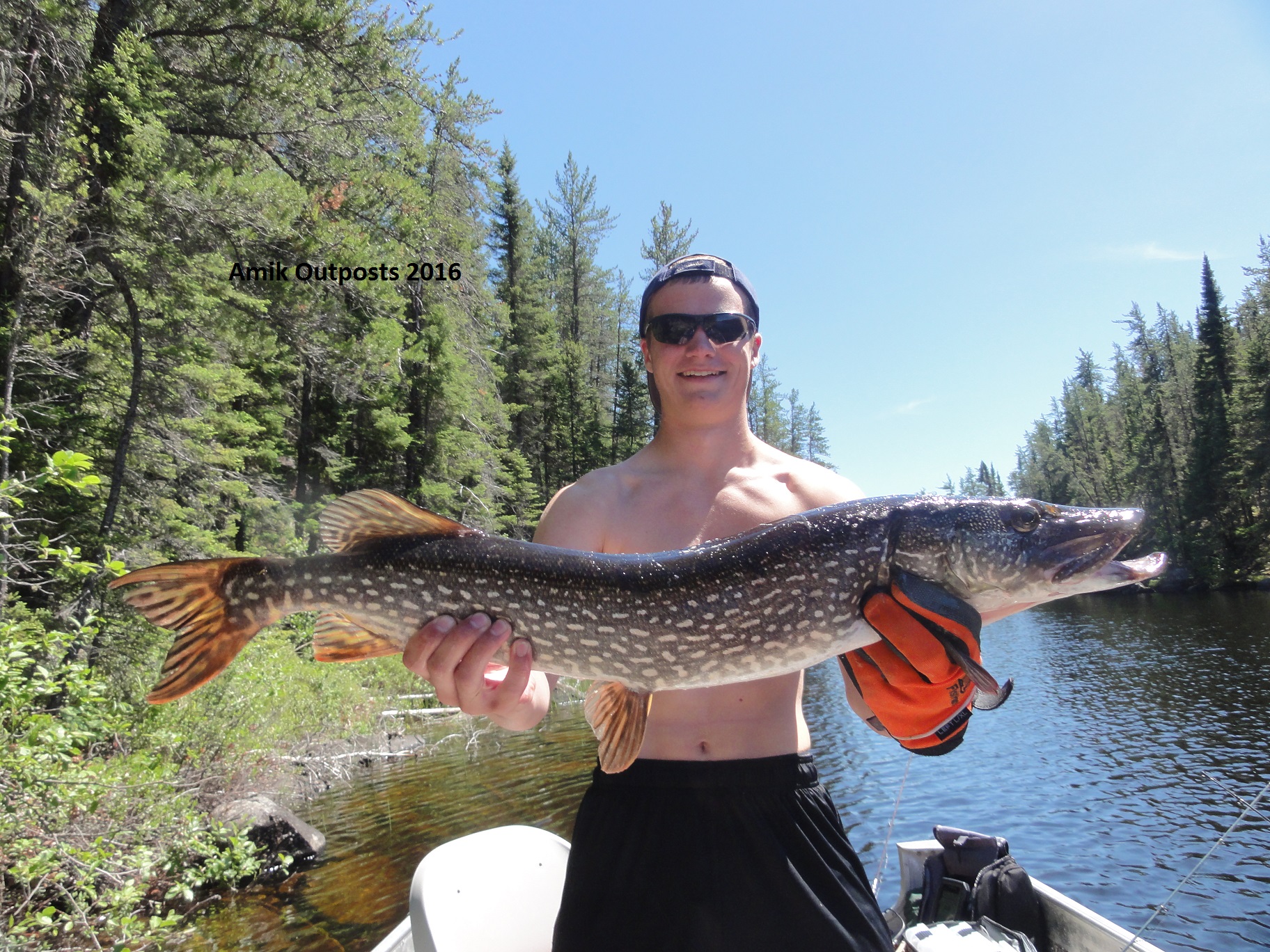 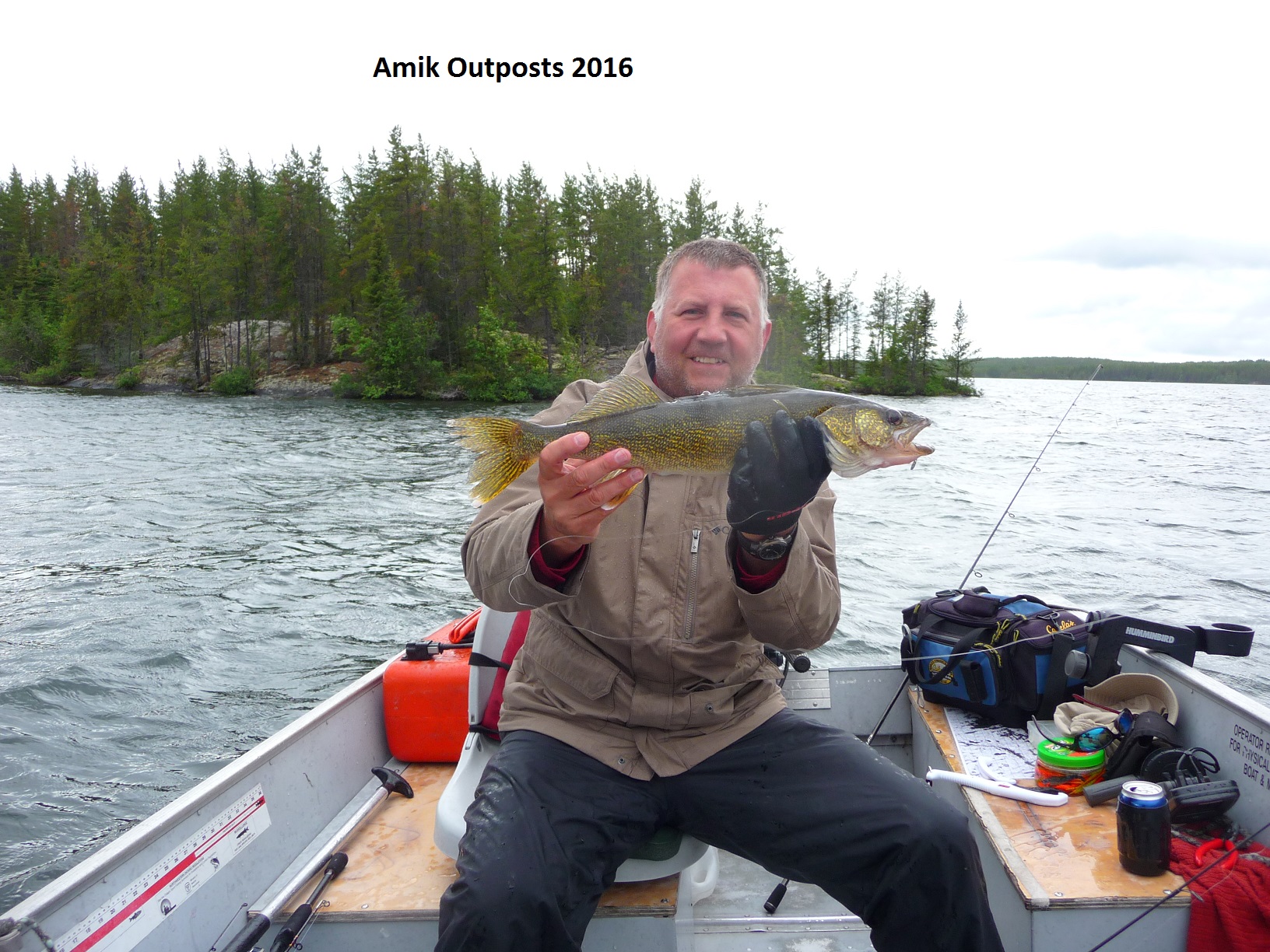 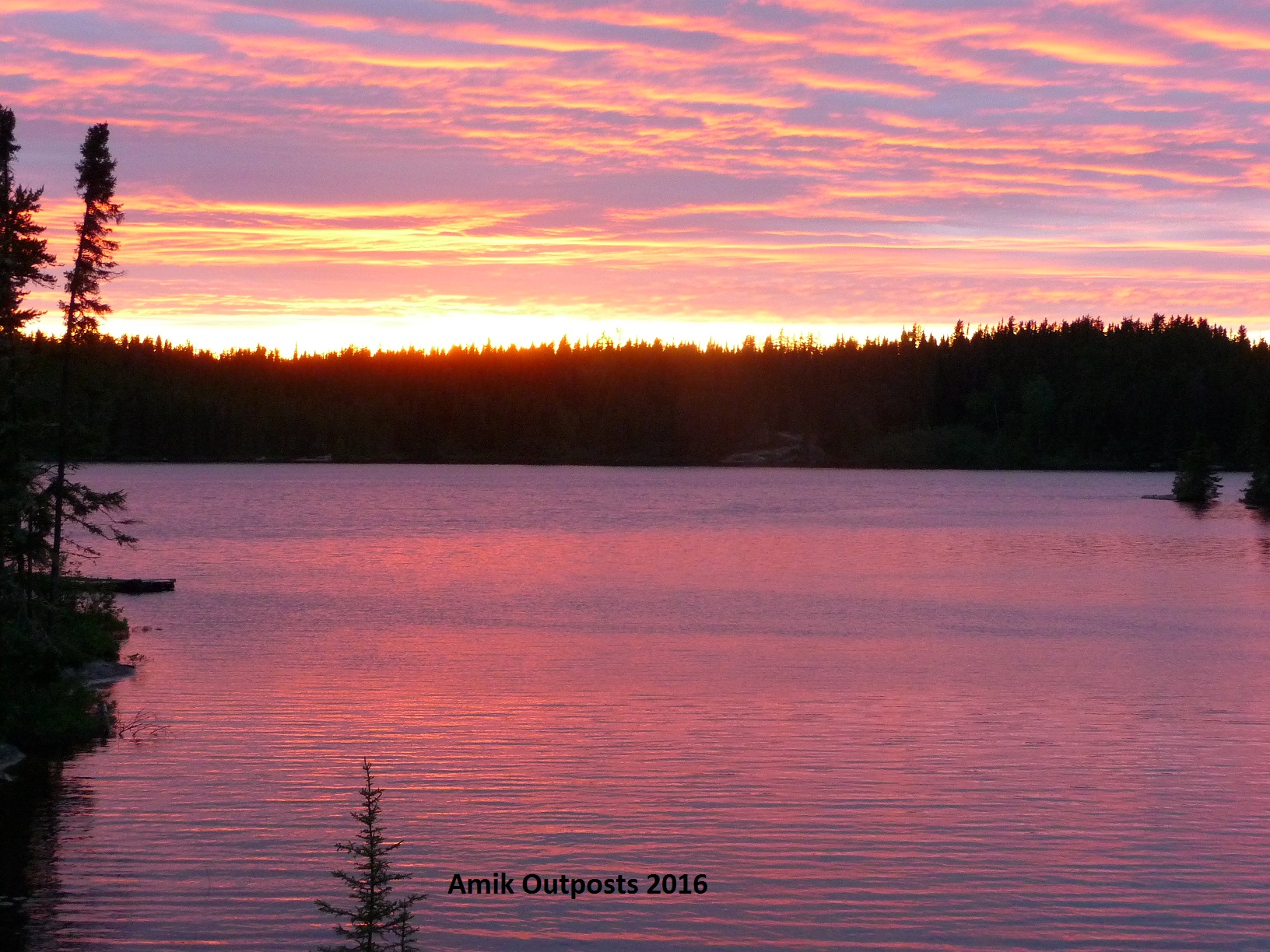 Just a reminder to anyone who has already been up with us that we are once again having a Photo Contest.  Please send us your best pictures from your trip to be entered if you have not done so yet.  The contest will be hosted on our FaceBook Page and the winner will be selected by which photo gets the most likes.  The Prize?  $500 off per person towards a trip in 2017 for the number of people you had in your party this season!  Please email them to amik@frontiernet.net