The Long Days of June.

We have passed through the summer solstice and soon the days will be getting shorter.  We are only through 1/3 of our season.  Plenty of fishing and good times are yet to be had in the best part of the summer.  Although I heard that we were supposed to have a hot dry summer, it hasn’t materialized yet.  Each week we continue to have changing weather.  It has been wetter further south around Dark Water and Jeanette and much warmer and drier in the north around the Cobham.  This also has lead to much difference in the fishing from all areas where the camps are.  Water temperatures have fluctuated a lot as we have had some very warm weather followed by 2 days of gale forced winds, the weather has been quite inconsistent.

Some fishermen are having awesome fishing, numbers are great but size is down compared to normal.  Some have said, more small fish than last year, a good sign of a healthy lake. Others are reporting slow days and then followed by great days, instead of catching 75-100 in a spot, we would catch 30-40 and have to move.  The most heard quote “Fishing was good,  kinda scattered.”

Yet after saying that, I have picked up some groups who caught 1300-1800 fish and big ones to boot!

The common theme though.  Everyone has had a great time, the camps are running smoothly and the time spent in the north is the most important part.

Here are some pictures from some of our guests they shared with us this week.

The Dudycha clan fished Findlay Lake for the 4th time in 4 years and this year was as good as any for these guys.  Walleyes were crazy.  Here are some of the Big Walleye they caught.  The largest measuring 27.5 inches! 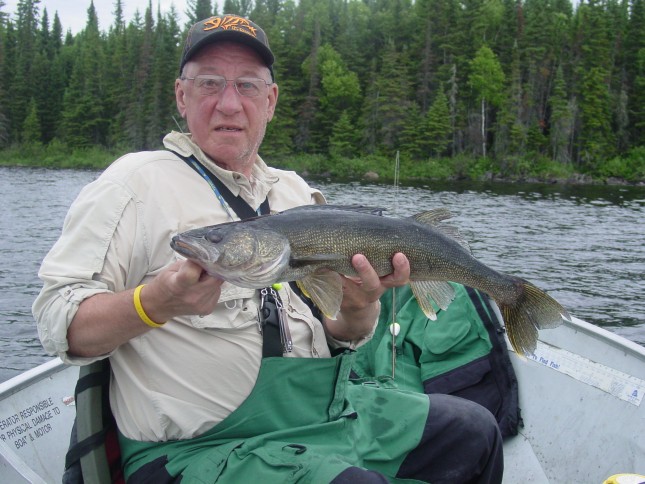 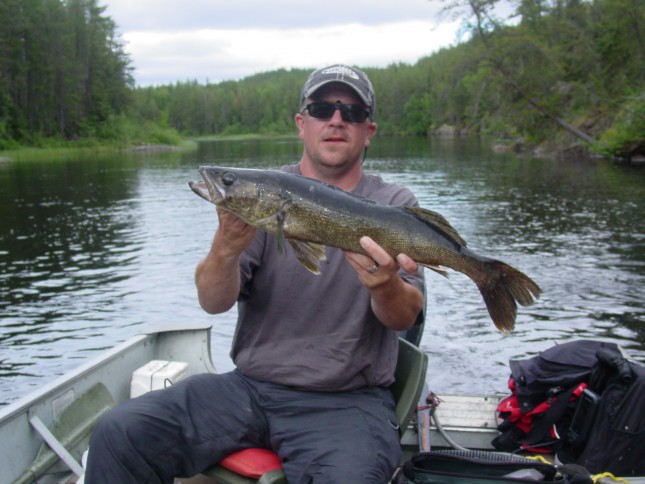 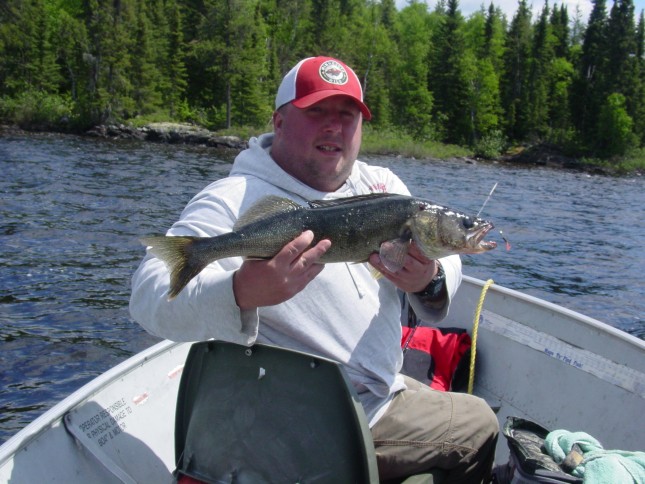 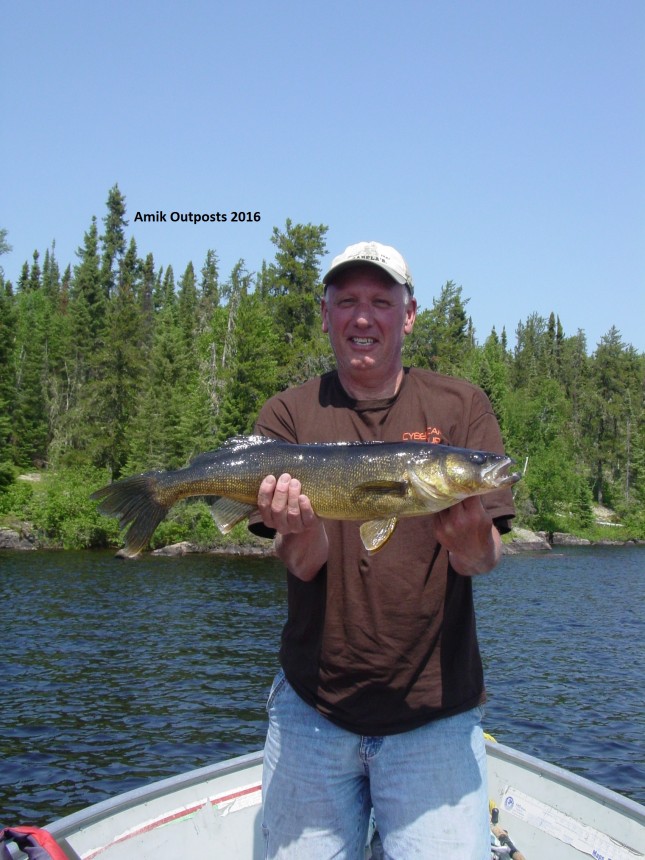 The Kyle party has been fishing Canada for a long time and have never seen anything like our Cobham River camp.  They caught lots of Trophy Fish this year.  Many Pike attacks while walleye fishing, 25 pike over 34 inches and 4 over 40, the largest measuring 42 inches!  Walleye were in 6 feet or less and the largest was caught right in the rapids, a 29 inch Brute! 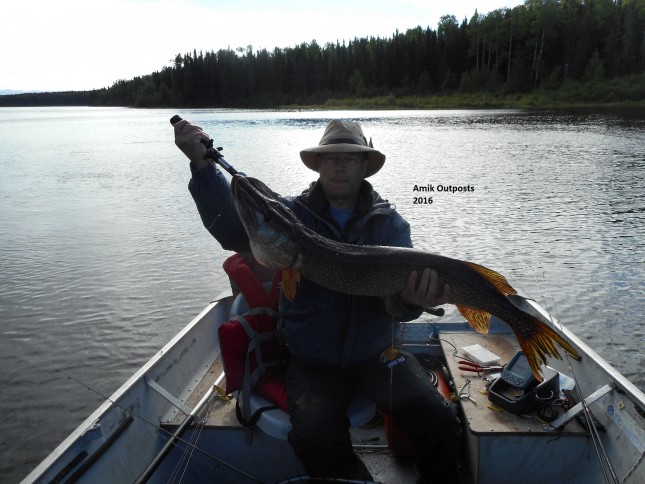 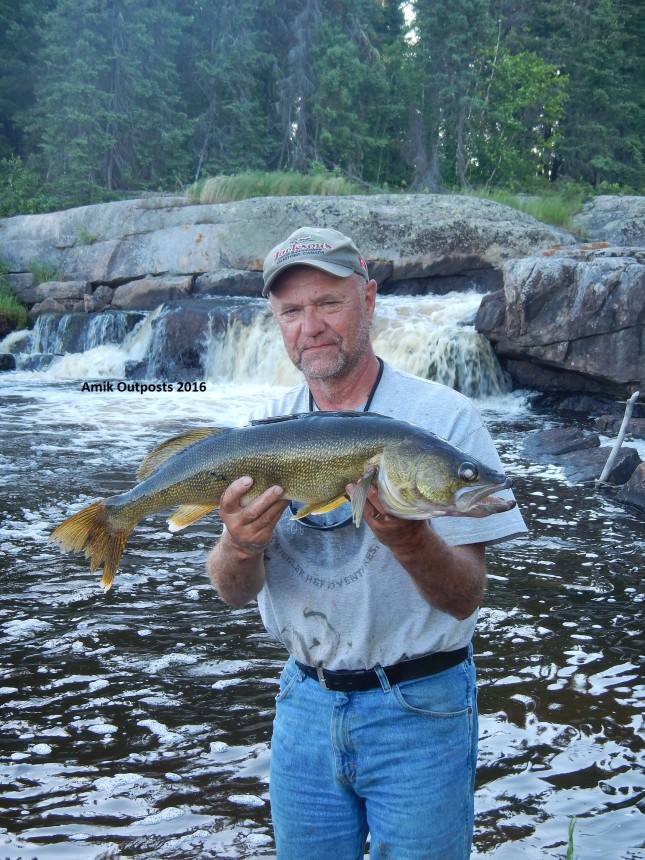 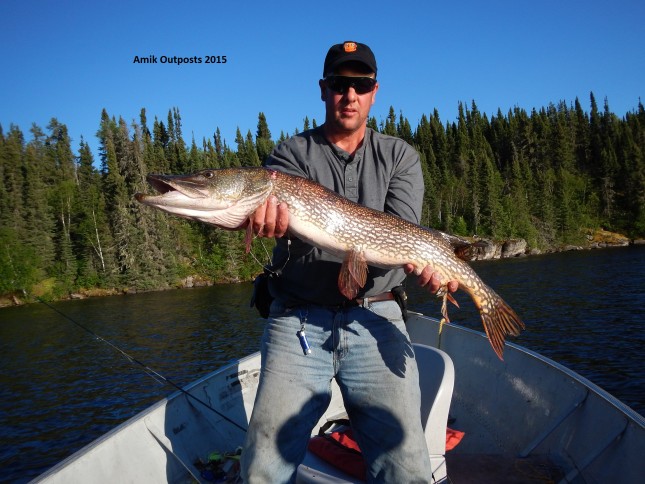 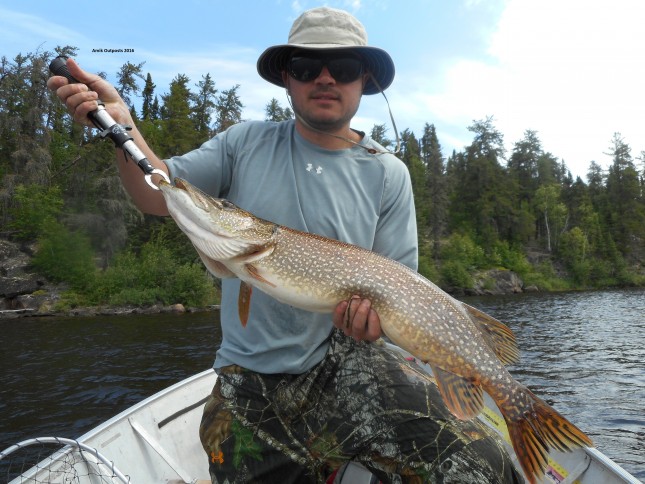 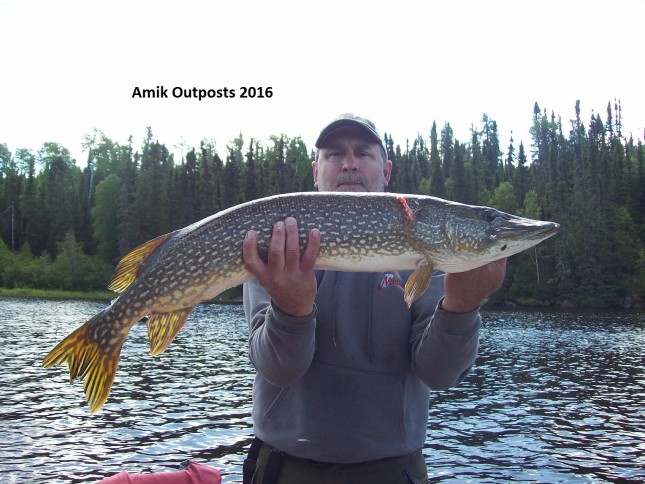 And here is an email from one of our longest running guests describing his week while at Cobham Daniel.  David has been fishing on this lake for a very long time and has exposed many of his friends and colleagues to this special place.

The following is a bullet point summary of a few of the high points of our week at Cobham Daniel.

1.       Five guys caught just under 1500 fish. When in the right location and they were biting, I was figuring 20-40 walleyes per hour.  We could have caught more, but some of the folks in the group were exploring and “hunting” for big northern pike.  We caught a couple of 35 inch northern pike on fly rods.

2.       The largest walleye our group caught was 25 inches.  At times we caught so many 18 inch-22 inch walleyes that it was difficult to find smaller ones to eat for lunch or dinner.

4.       The game warden came to visit us at about 2 PM when we were napping at the cabin on Wednesday afternoon after going out to fish at 4 AM when the weather was cooler.  Some of the guys in our group really enjoyed swimming in the lake in afternoon on the hot days.

5.       A bear came to visit us at approximately 10:30 PM on Wednesday night.  He was a very good bear. He wandered around camp looking for food or waiting for handouts and we keep always a clean camp and take our leftover food or fish guts from cleaning fish out to the island a clean camp so there was no food or handouts. After standing around looking at us for a while, the bear wandered off and we did not see him again.  We got some good photographs while the bear was hanging around.

7.       John’s flights and landings are now so smooth that I fall asleep and the other passengers have to wake me up when we land at the cabin or land back in town.

We look forward to seeing you again in 2017.