Fishing has been awesome!

We have gone from one extreme to the other in terms of weather.  In the North the weather can change fast and can settle in like it has at this time of year.  We have had rain for 6 straight days and today, it is misty and raining again.  The temperatures are comfortable and these kind of overcast days make for the best fishing…. but not the best for flying! 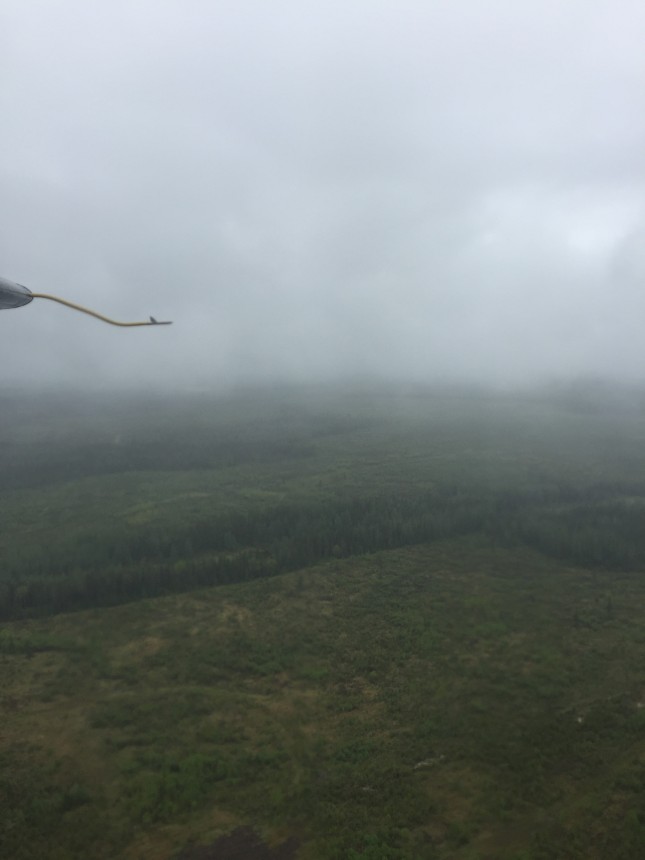 Fortunately we did have a window in the weather each of the days of bad weather and were able to get all the guests moved to and from the camps the day they were to be moved.  Then we would wake up the next day to weather delays again…. 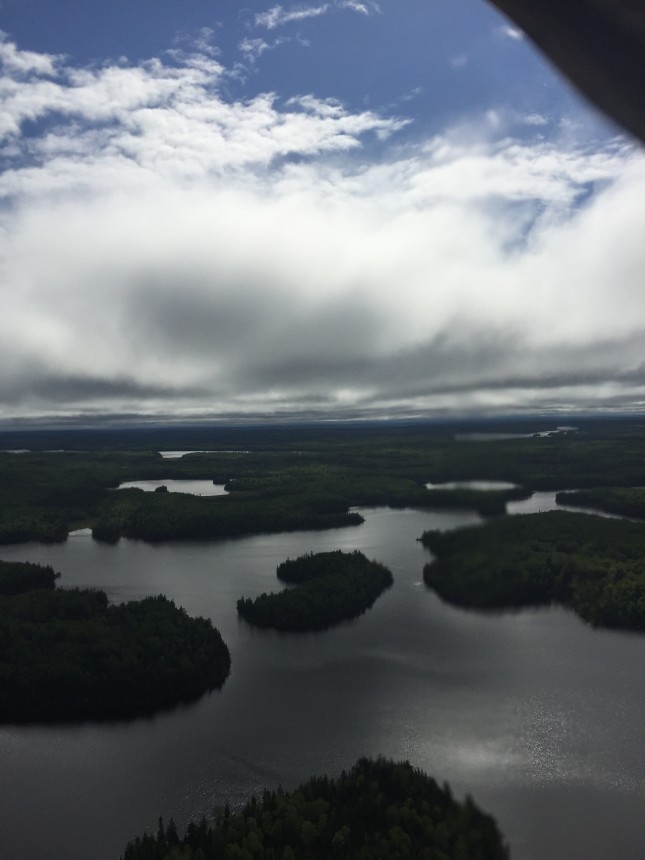 We had been delayed for 5 days in a row when yesterday we had a great morning and actually left the dock 20 minutes early!  It was great to see the sun again!  But by 11 am, it was raining again, but all the flying was done before it got bad!  Today, no flying, the weather is misty again, our fishermen are in the bush enjoying the beauty of the north and catching fish until their hands are sore!!

I am trying hard not to complain as we needed the water in the lakes to bring up the levels and to calm down the forest fire risk, but it can stop anytime now!!  By the way the fire ban in the North has been lifted as of May 31!! 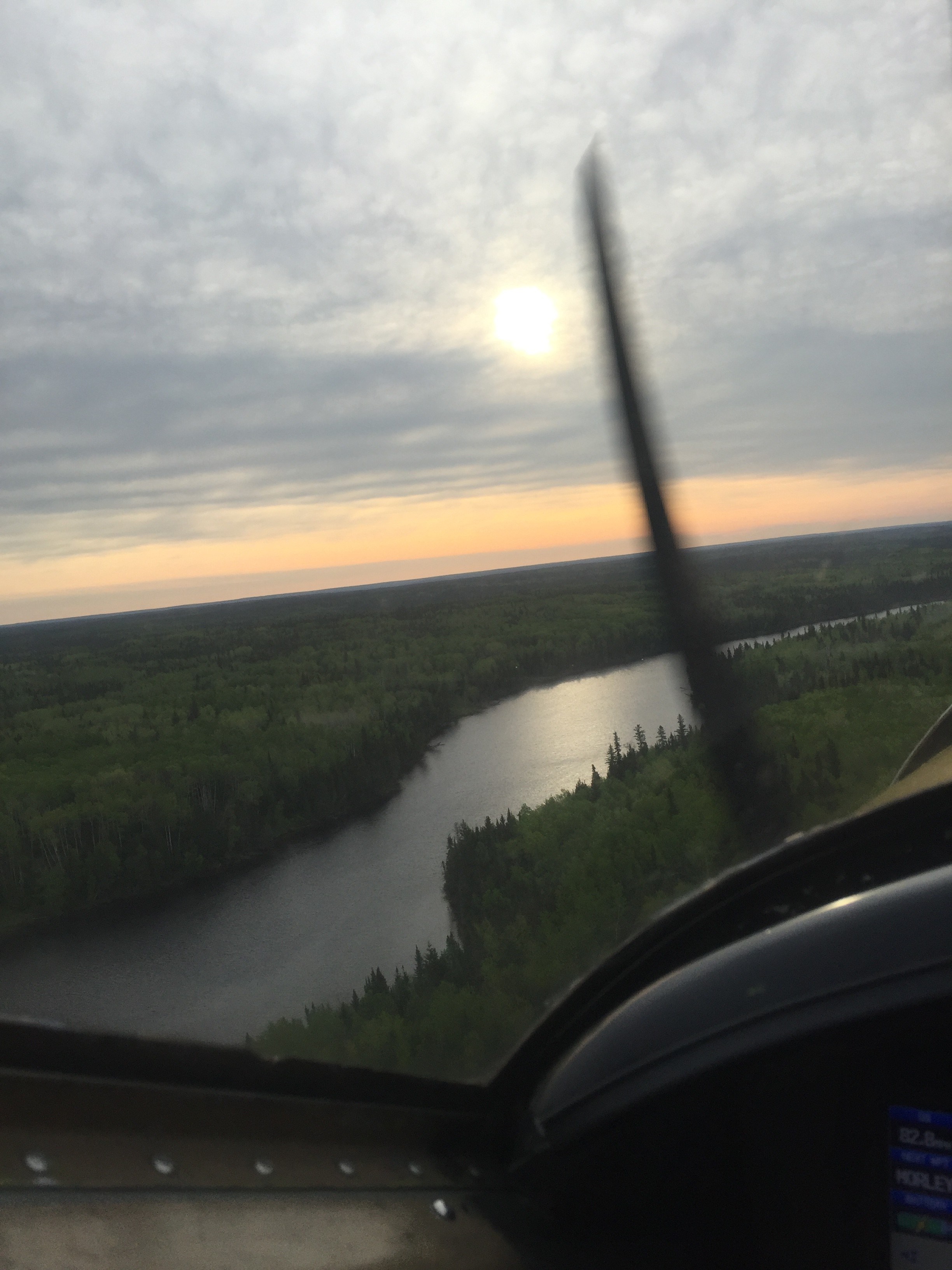 The fishing has been great!  During the first week and a half of our season the fish started out a bit slow but have increased in size and numbers with everyday we have moved forward.  Walleyes are moving to the shorelines and narrows in 6-8 feet of water and the pike seem to be everywhere!  Near the rapids, in the bays and eating walleyes!!!

Here are some of the highlights from the first part of our season:

Blackbirch Lake had some new guests with a lot of fishing experience fish it during the first week of our season to break in the new boats!  Bill D. and his party have been fishing in the north for many years and Blackbirch was the nicest cabin they have ever stayed in.  The fishing was phenomenal! 4 Pike over 40 inches in addition to well over 1000 walleye!!

The Krapac party are one of the groups who made a once in a lifetime bucket list trip with us….10 years ago and have been back every season since!!  This year was the year of the Big Pike on the Cobham River.  They caught 3 over 40 inches with the largest measuring 45 inches!!  Smiles all around and plans to keep the bucket list alive in 2017!!

We have some things at Amik Outposts that don’t change.  Like the first group to fish Cobham Daniel each season.  The Millhollin Party.  These guys have been fishing with us on that body of water since 1992 with the odd exception due to the ice not being off.  The fishing is the main reason they keep returning but once you fall in love with the bush, the fishing is the bonus!  This year was a great year.  Tons of fish and a 41 inch Pike being the largest with a few stories of the “one that got away!”

Josh T. and his party drove all the way from Texas to fish with us at Amik Outposts and chose to visit the Cobham Morley Cabin.  And once again proving that you don’t need to go to the other end of the lake to catch fish, catching a 40 incher right off the dock!  They also caught a 39 and 45 inch pike by the falls back to back!

The Vanden Boogaard party has been with us fishing Jeanette Lake for the past couple years and had another great trip.  Here are some pictures of their past adventure. 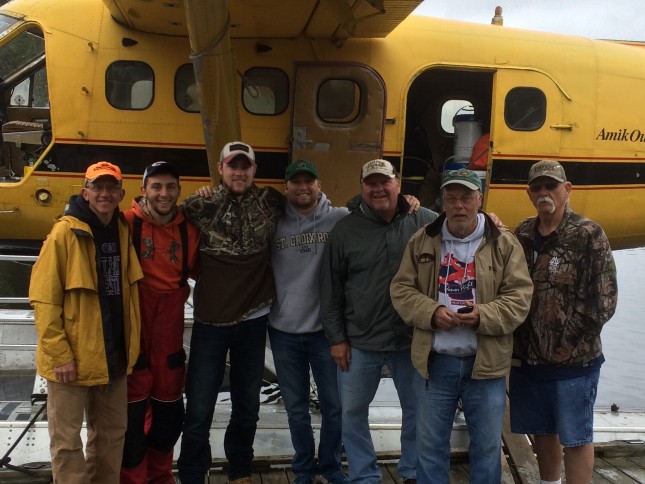 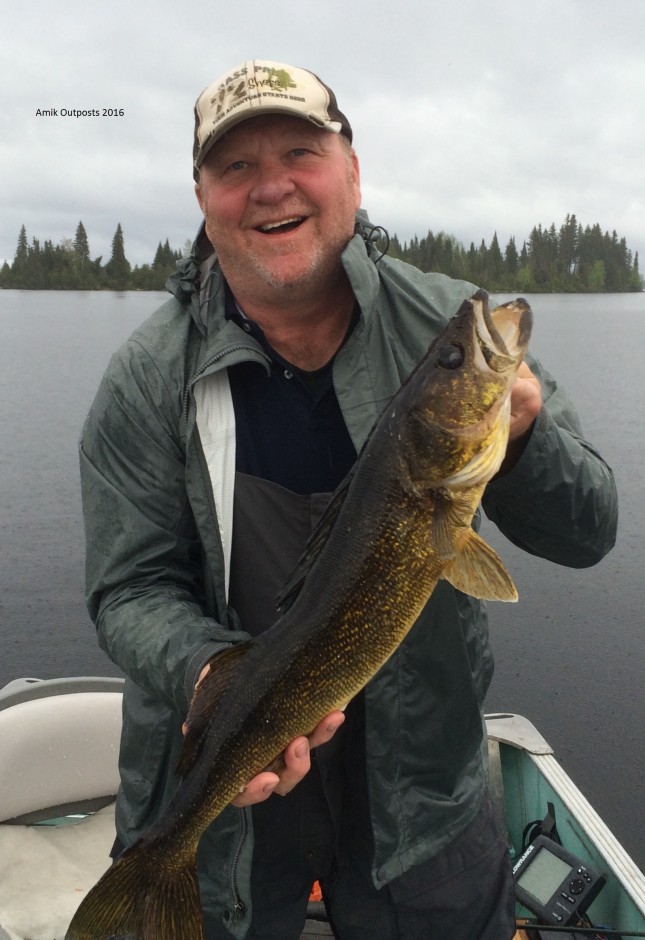 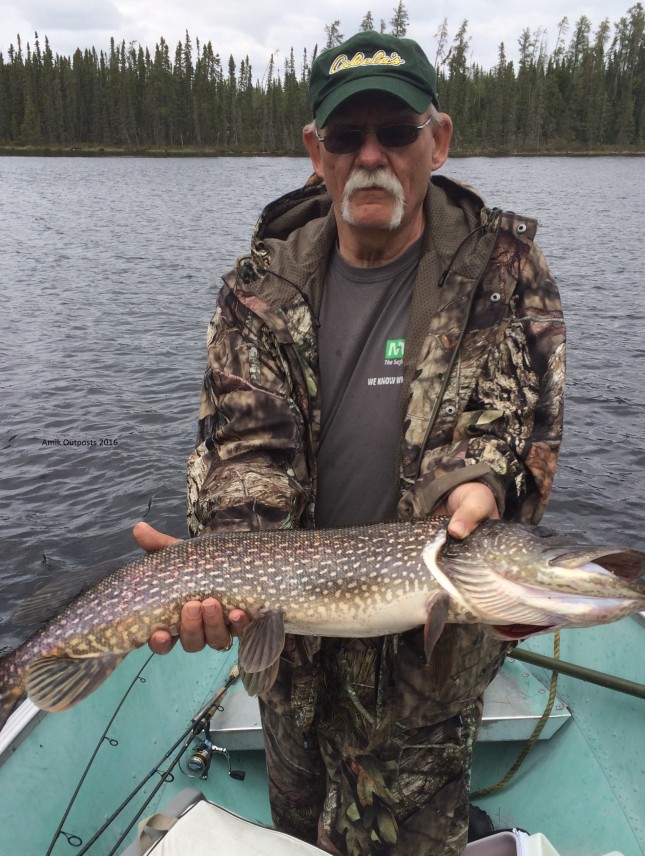 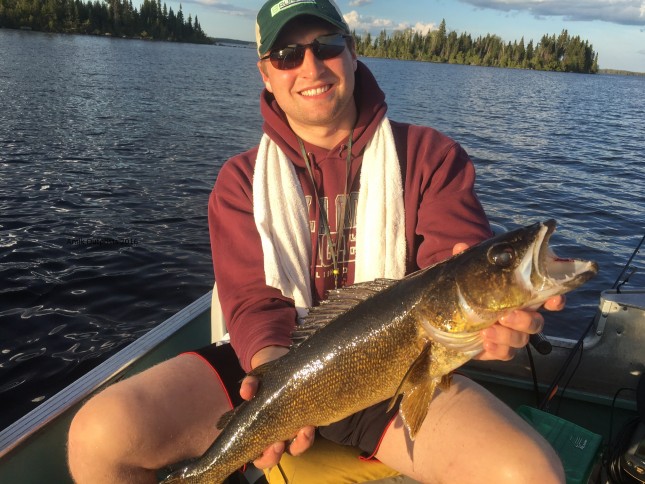 The Seal/Hansen party have started to bring up the next generation and have increased their group size to 8!  They had a great trip, catching lots of fish and enjoyed sharing the experience of Loree Lake with the new guys!  After this many trips the fishing is primary but by no means the reason they have been doing this so long. 🙂 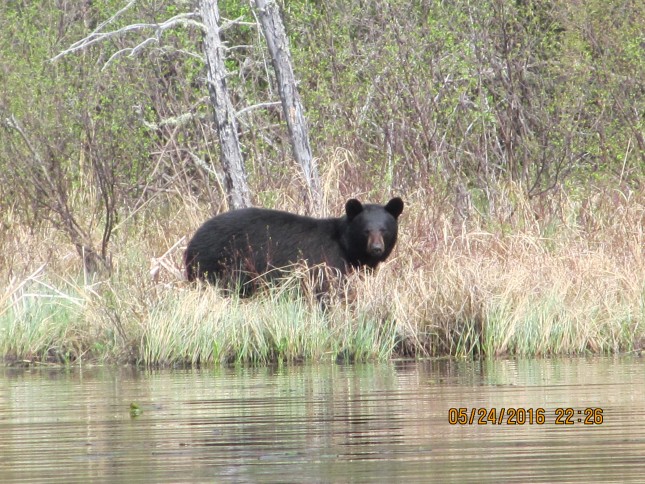 Half of these guys are Bears Fans, the other half are Packer Fans, there has been many jokes played out with these guys throughout the years. 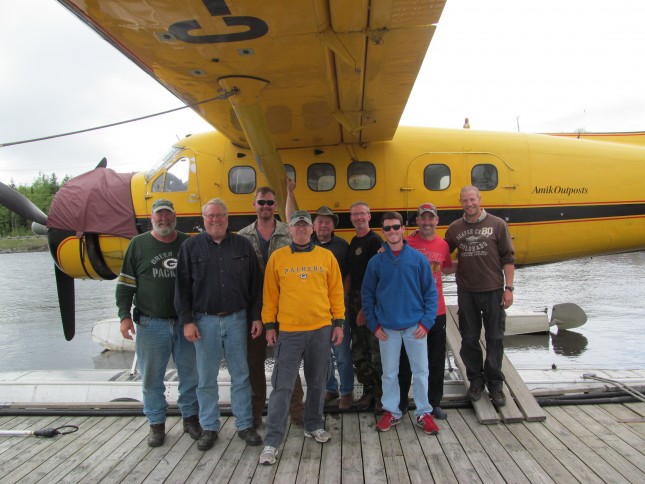 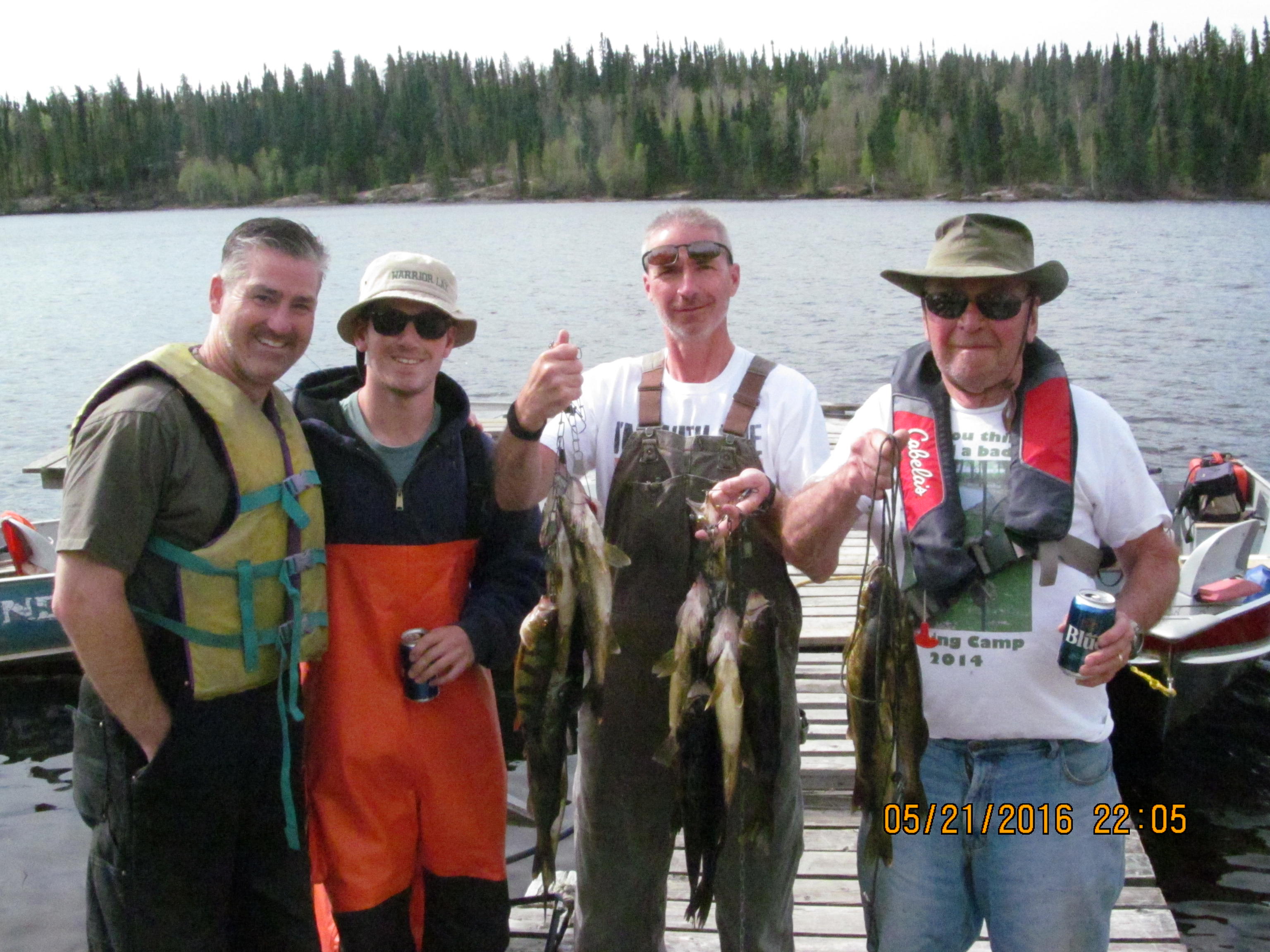 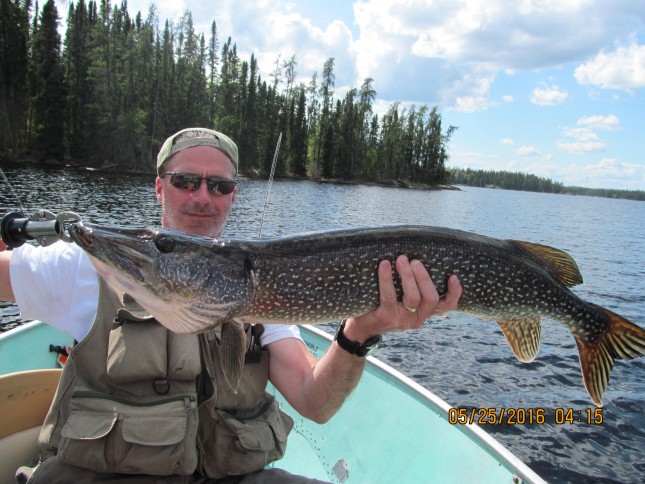 Shearstone Lake had the Morken Party visit last week and despite the rainy weather caught a ton of fish and some pretty big ones to boot.  Here are a couple of pictures from this past week on Shearstone. 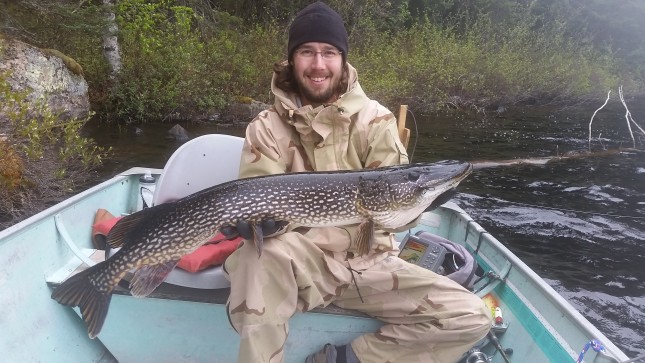 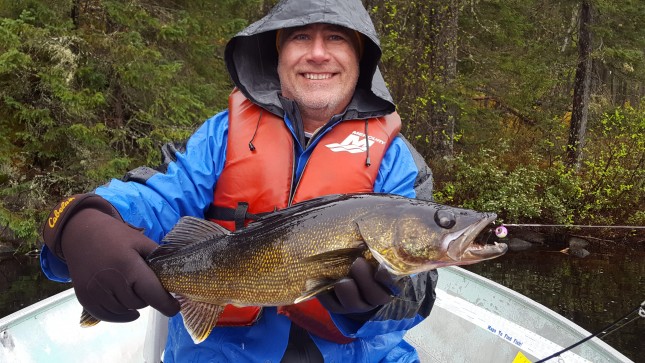 The Kuczkowski party are hooked on Amik Outposts.  John brought some new guys along this time around to Vee Lake and they had such an awesome time that they are already talking about the next trip and also some of the other guys are beginning to plan a trip with their family again next year!  Time spent in the bush, in the silence, alone on a lake over 100 miles beyond the last cell tower is something to be cherished….. almost therapeutic. 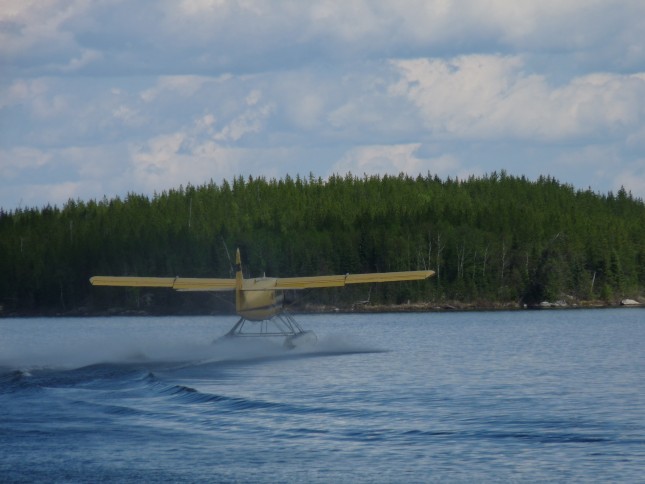 But that silence is broken quite often by cheers and hooting and hollering when you catch the biggest fish of your life!!! 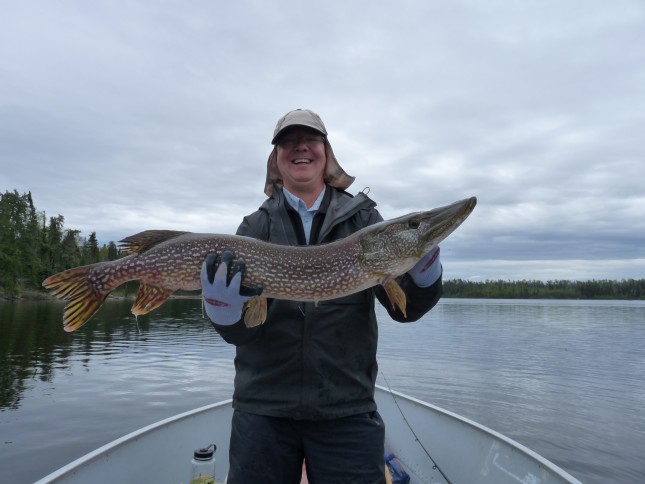 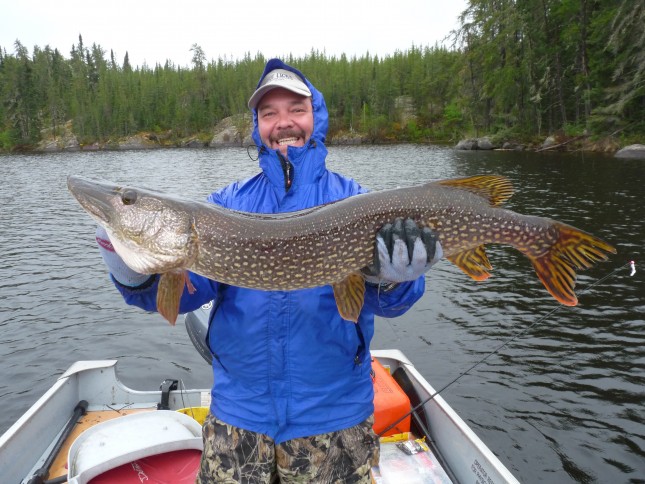 I think he is saying “I wish I had good rain gear like you….” 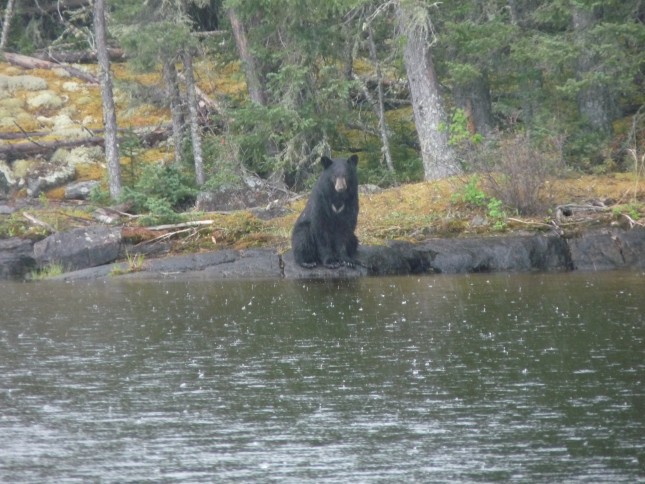 June is here and time is flying by quickly.  Please let us know if you are interested in making a trip this summer by clicking here.  We still have scattered openings throughout the summer and would love to fill the spots!!!