Half the camps are open!

We have had a nice spring ……

That is until recently!  Mother Nature reminded us as she does every so often that she is in charge.  We had been on a roll opening camps and preparing for the season for the first few days, Knocking off 4 camps in 5 days.  We headed north to start opening the camps further away. 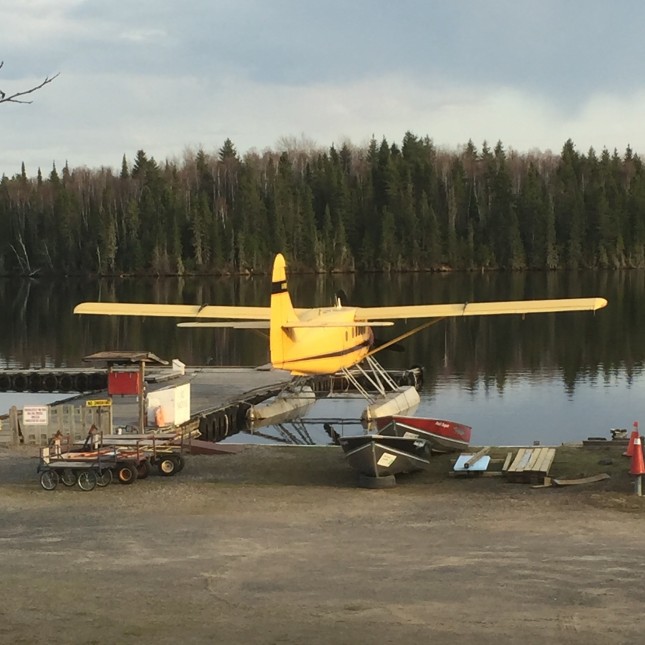 Dark Water Lake and Blackbirch Lake will each have beautiful new Lund Boats this season!!  Other improvements for 2016 are 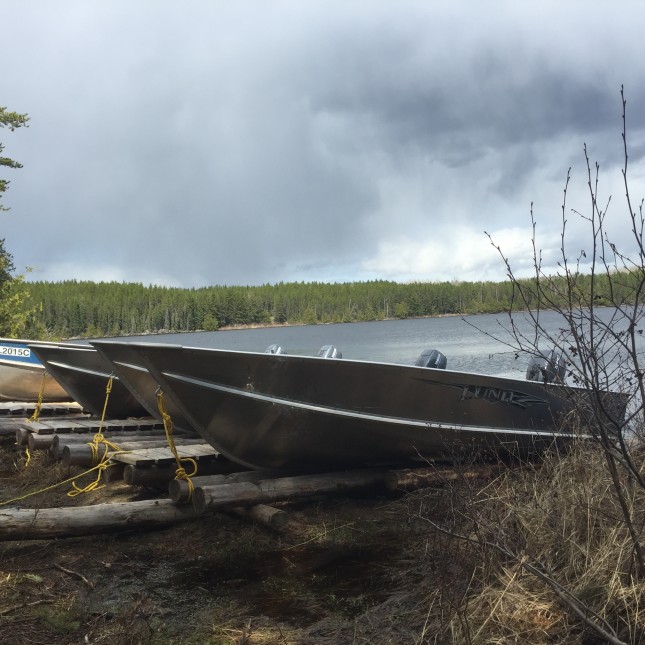 It was very dry, the water levels were a little low and there were a few forest fires burning already west of Red Lake and towards Kenora.  Some windy days and 80 degree temperatures got the fires going wild and were getting to be very large.

We were ready to begin battling the smoke as the winds began to change.

After a day and a half of warm beautiful weather up north we had opened up one Cherrington camp and Cobham Daniel and went over to Morleys to begin cleaning it up for the season when the wind got a lot cooler and the mist began to come from the North blowing in something.  I could see the weather closing in on us and we headed back to Cherrington early because we didn’t have our gear to spend the night.  The temperature was dropping fast and the mist was getting thicker…

The next day we awoke to horrible weather and couldn’t fly at all so we opened Cherrington Bay.  We always save some work where we are staying in case we have a bad weather day. But it got colder throughout the day.

As the temperature dropped the rain began to get heavier and fluffier….

And it proceeded to snow all night, all day and all night again!  The wind howled from the North and the water froze up tight.  Great.

We stayed busy for most of the day and got some things done we normally would not have, and also playing a few games of cribbage while inside drying off. 🙂 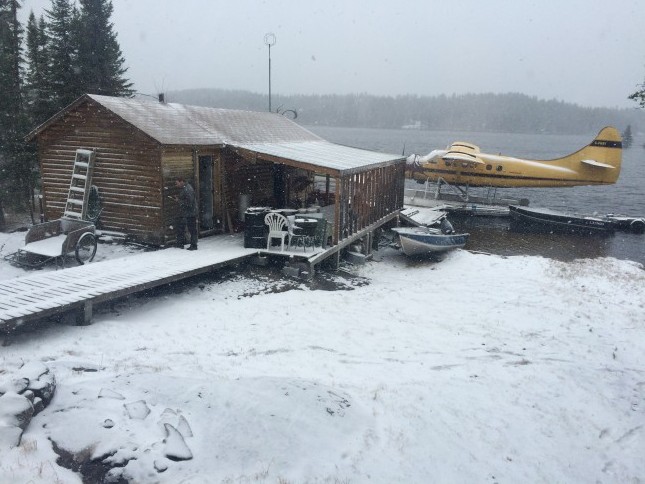 After the 2 day weather delay we got right back at it preparing for the busy season ahead!  Here is Julien hauling a big JackPine out of the bush for firewood at Cobham River. 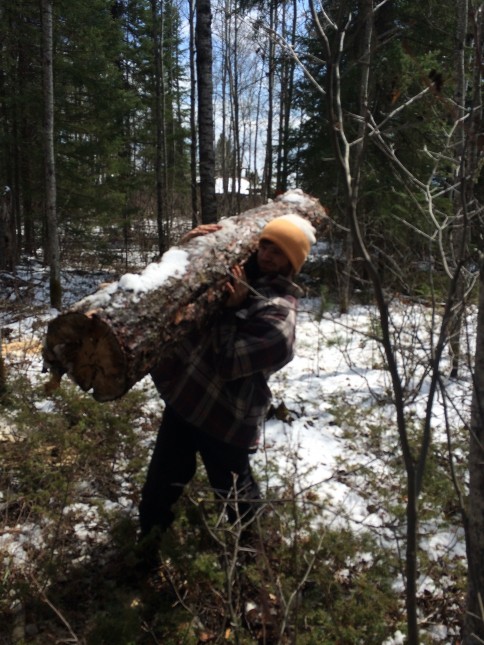 We are home for a night to get some rest before heading right back north to open the rest of the camps!  Some of our fishermen must be peeing their pants  about now.  The forecast is for very warm temperatures!  THE MONSTER PIKE ARE WAITING!!!! 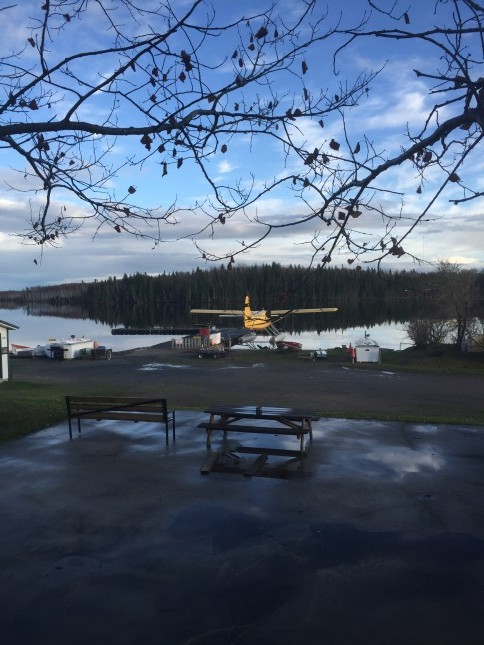 We are continuing to fill our remaining holes for this summer.  If you are  interested in going on a trip this summer just click here to enquire about dates to a great fishing vacation!