We have had a long stretch of cloudy cool weather and even had our first overnight delay on Sunday.  The weather was bad and we couldn’t fly, leaving 3 groups of fishermen in the bush for an extra unplanned day.  Everyone saw how crappy the weather was and were content, dry and warm, some even had some beer left for the extra night.

The boys and I have been busy lately getting some big jobs done in the bush.  At Blackbirch Lake we moved the dock to the rock and the boat ramp along the shore where the dock used to be.  It seems that this is the way I should have had it all along.  It turned out great and is anchored well to the rock.  The boat ramp has easy access right from the walkway with boardwalks in between each boat.  It should be much easier to pull up the boats. 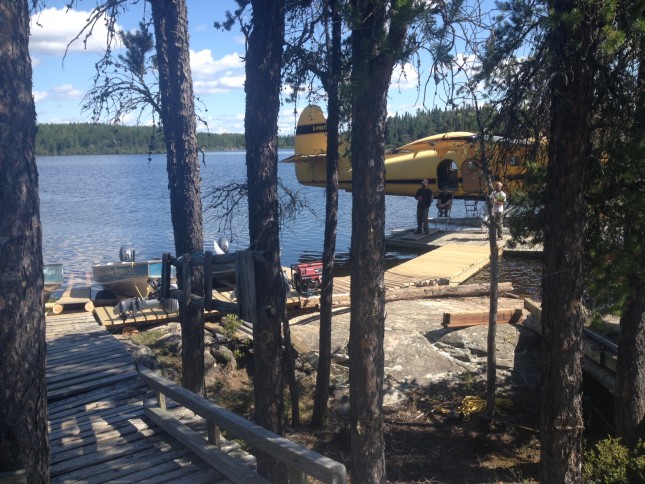 Jeanette lake also had some work done recently.  We built a new boat ramp at this camp as well and moved the wood stove away from the corner of the cabin closer to the middle near the peak to prevent the snow from ripping it off every winter.  We have been lucky each of the last 2 weeks, the weather for working in the bush has been perfect for the time we chose to be out there. 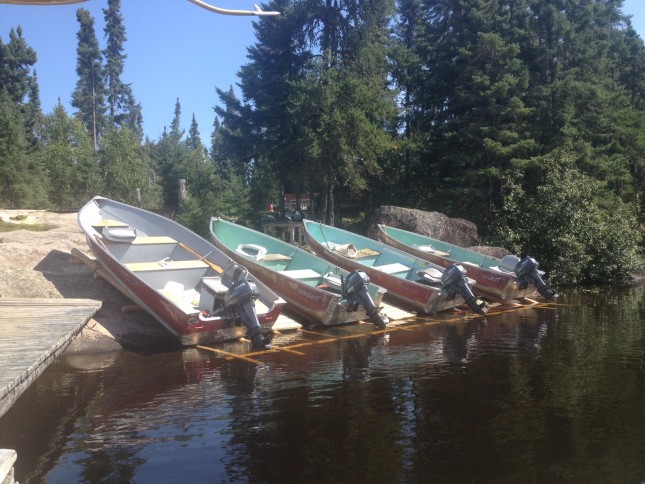 The Blazek party fished with us on Cherrington Lake and had a blast!  They caught some beautiful Lake Trout, the largest being 32 inches pictured below. 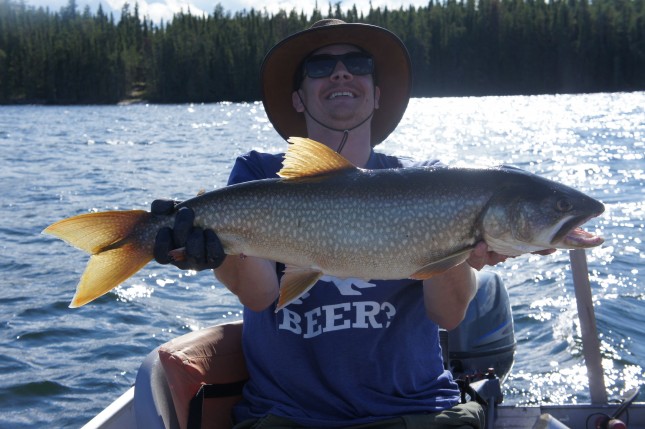 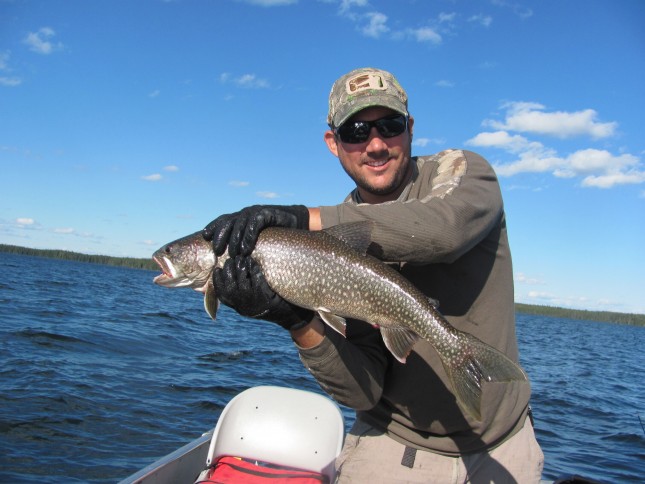 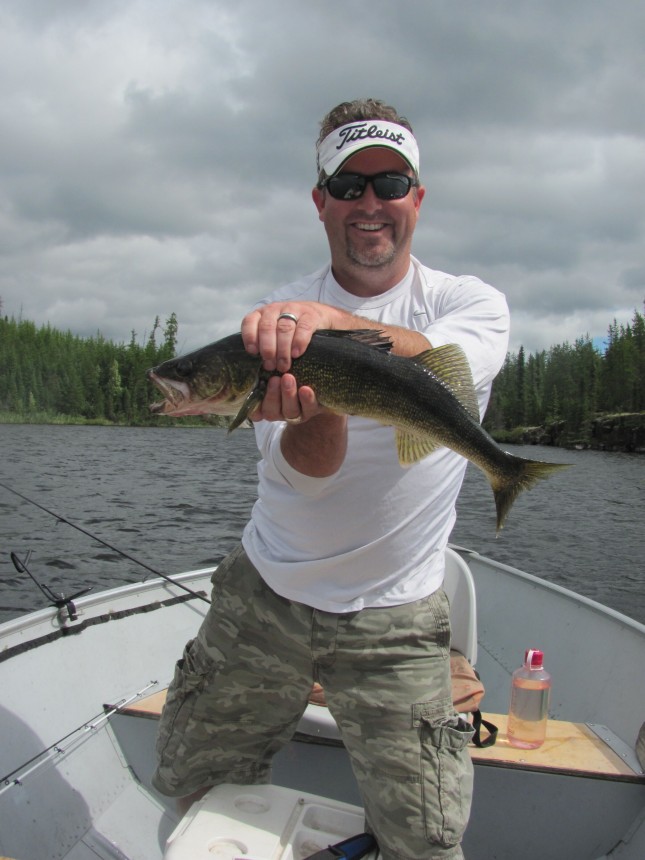 Shorelunch with the boys!! 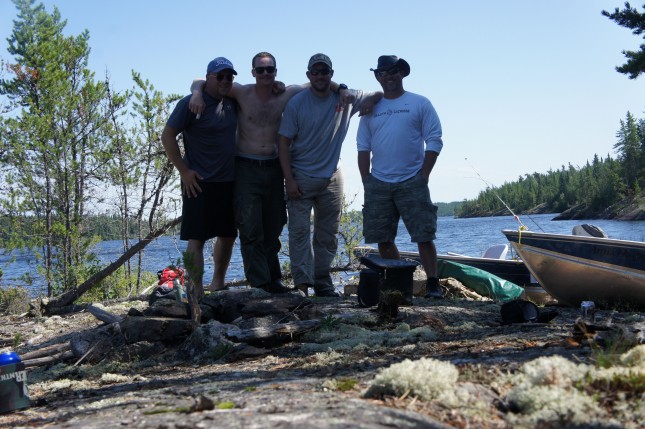 The Wray Family were on The Cobham recently and have become hooked on Amik Outposts.  They caught lots of fish, swam in the rapids, cliff jumped and  had a great time!  Zach was the youngest of the group and he out fished everyone else in the group for big pike!  Zach caught and released 1-37, 2-39, a 41 and a 43 inch pike!!!!!  Here are some of the trophy fish he caught. 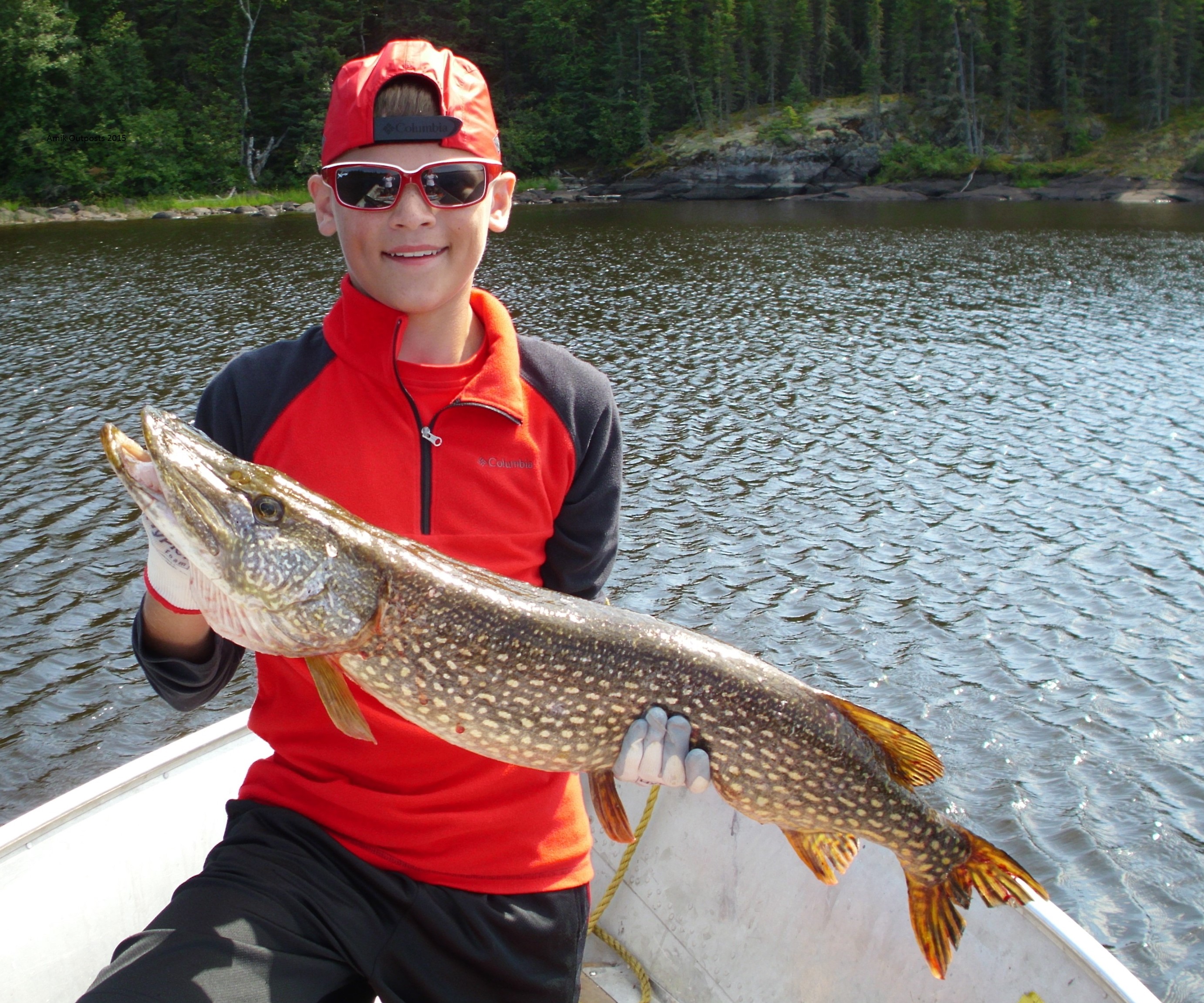 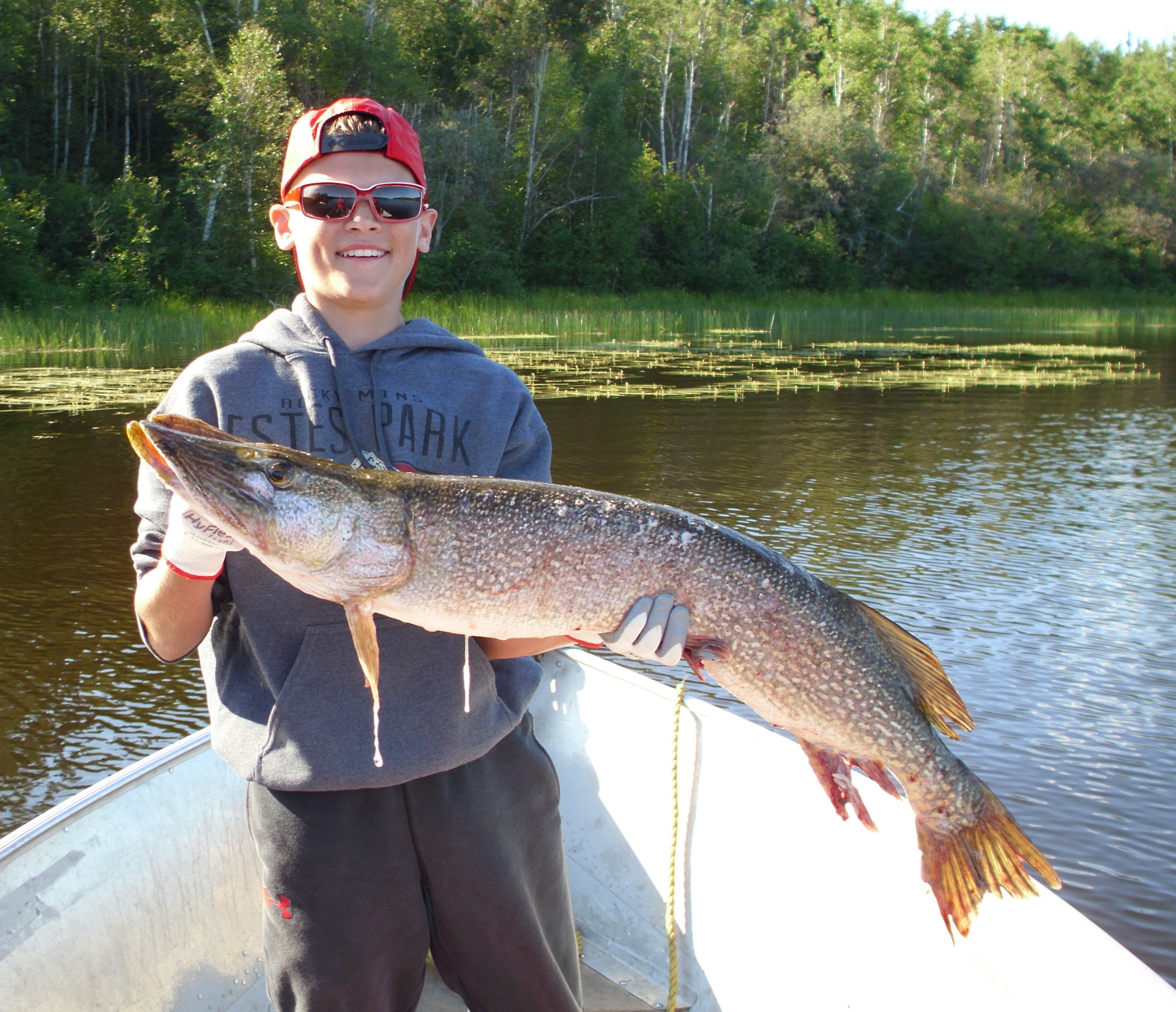 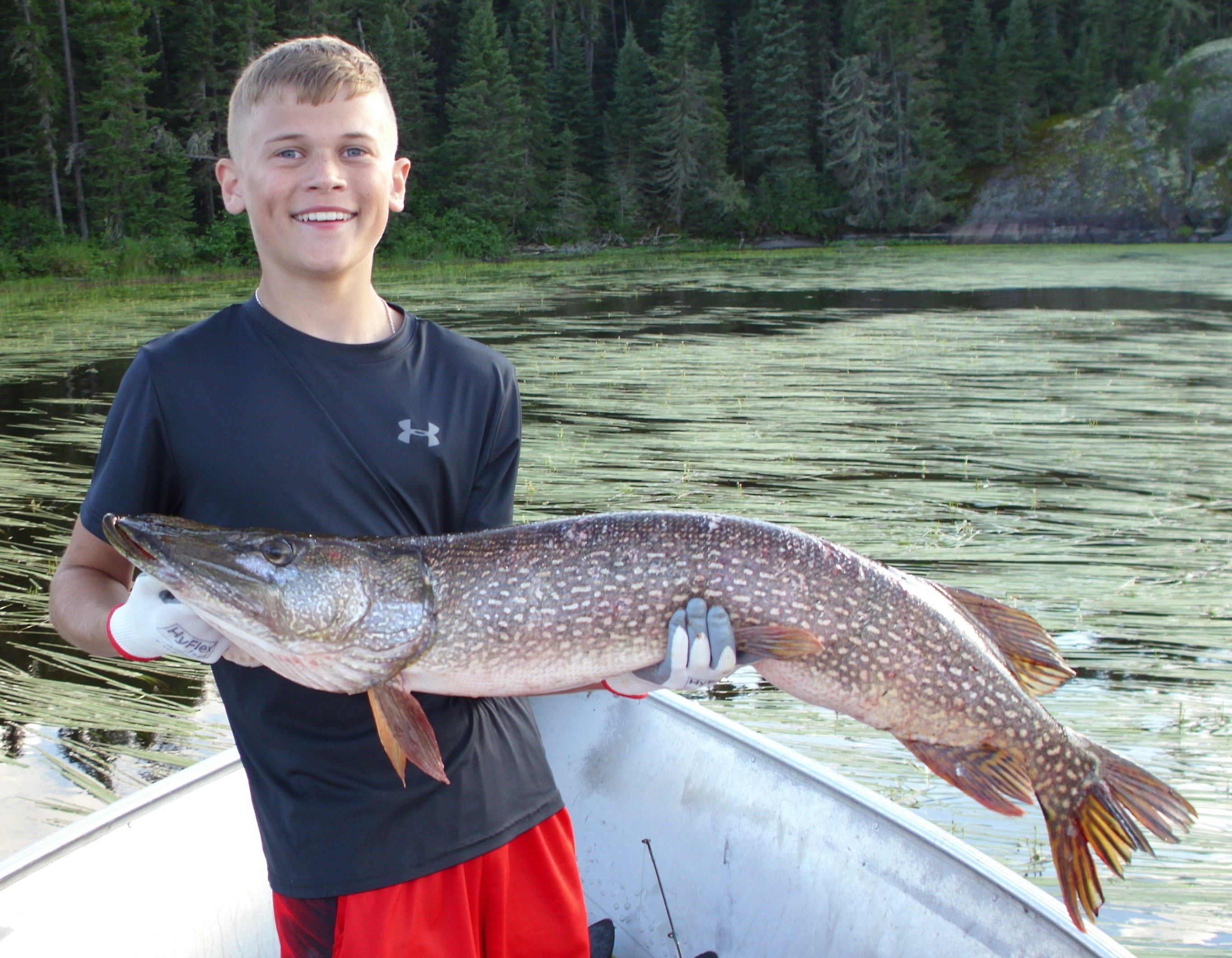 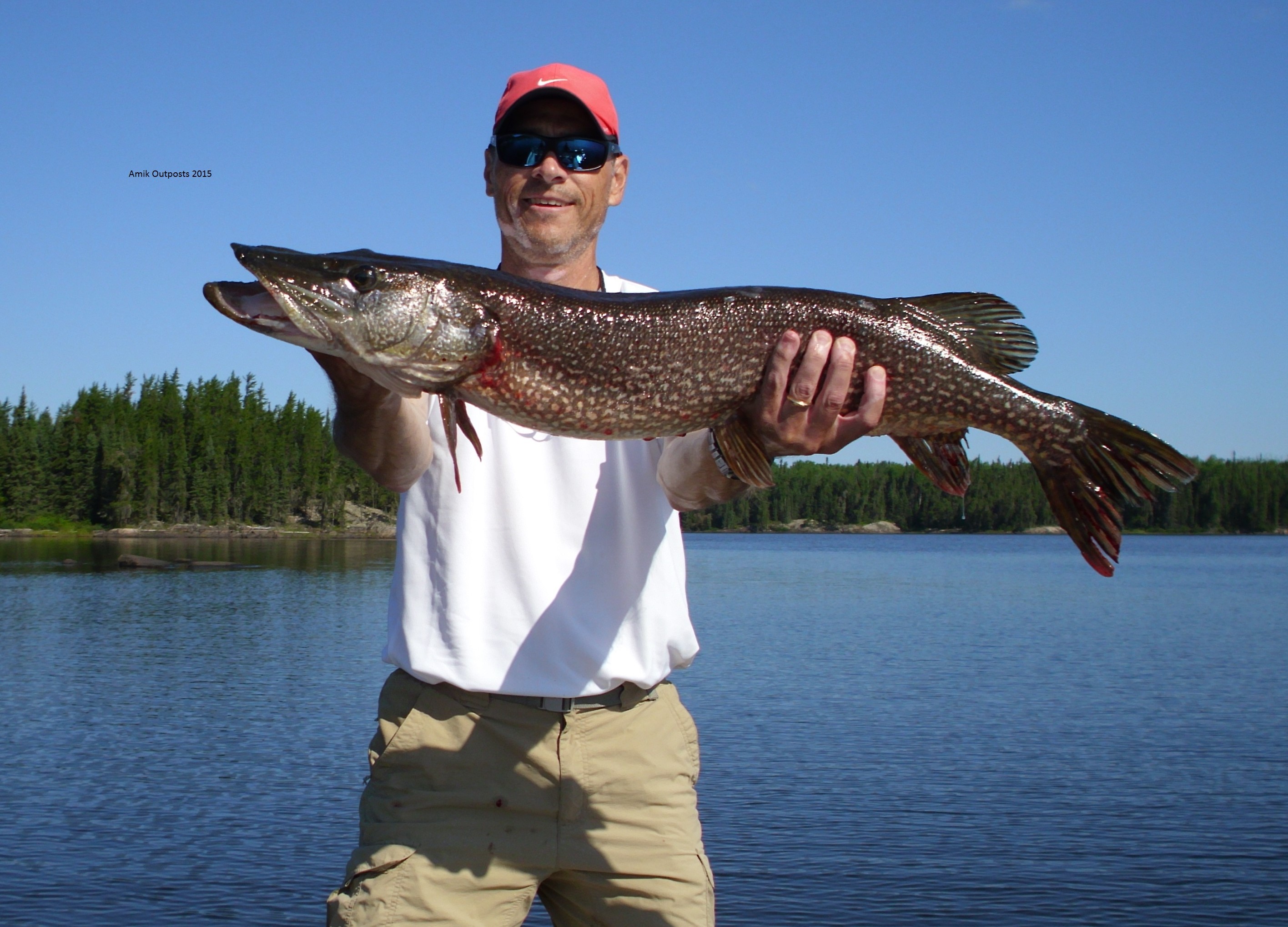 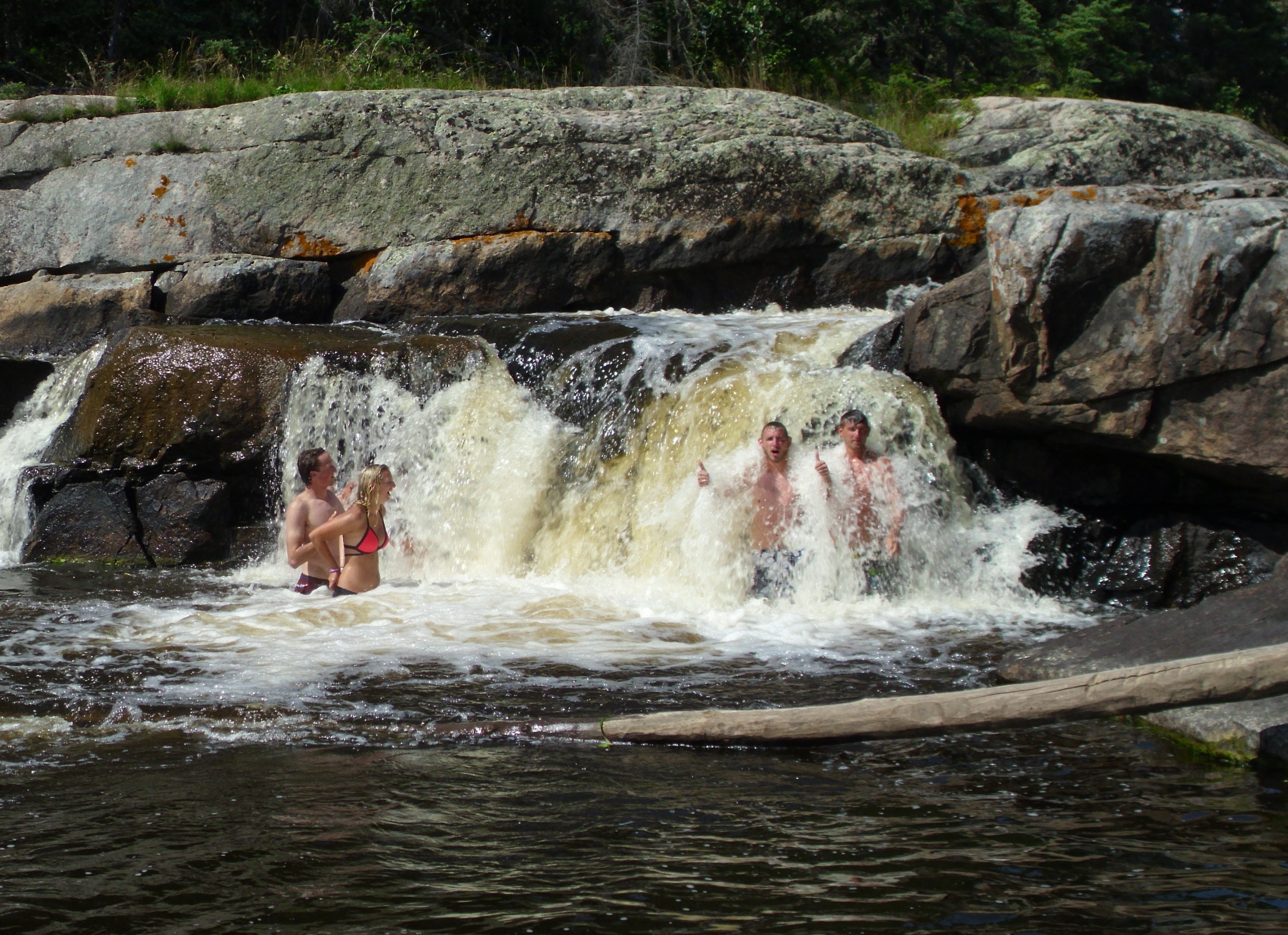 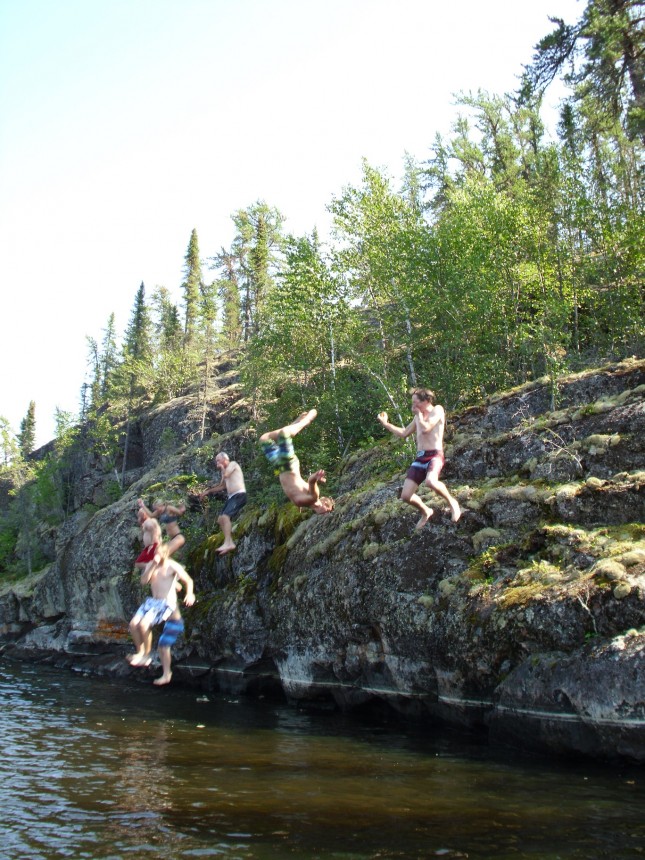 The Wray’s also brought a drone along for their trip.  They got some amazing shots.  Here is the link to a great video.