Fishermen continue to travel in and out of the bush for good times, good fishing and relaxation.  It has been pretty hot up here and we have had some beautiful weather.  The problem with the beautiful calm days is that the fishing is usually less than stellar.  We can control a lot of things but the weather is not one of them.  Of course every one caught plenty of fish as we only had a few hot calm days, fishing overall has been good to great depending on the lake and experience level.  Some lakes reported catching most of their fish in 12-15 feet of water but others reported catching the bulk of their walleye in 2-5 feet!!!  The fish are where you find them.

Frank Phillips has been to Loree Lake a couple of times with his wife but this year he had some friends join him.  Frank being the guide for his buddies, some of which have not fished walleye many times in their lives.  They had a great trip and had no issue catching fish.  At times they slaughtered them. Here is The Guide with the biggest pike of the trip. 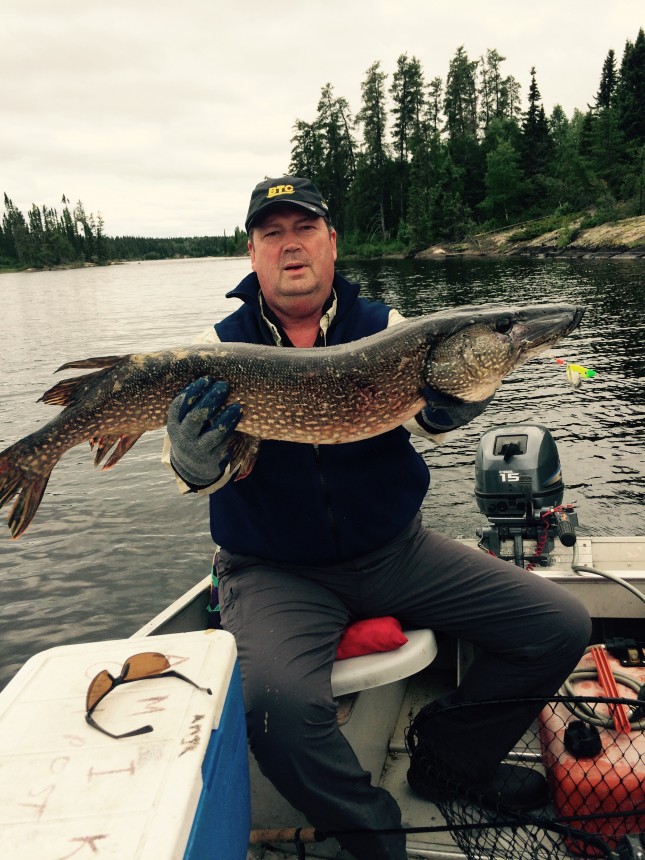 One of the new guys caught the biggest walleye.  Looks like a 27-28 incher. 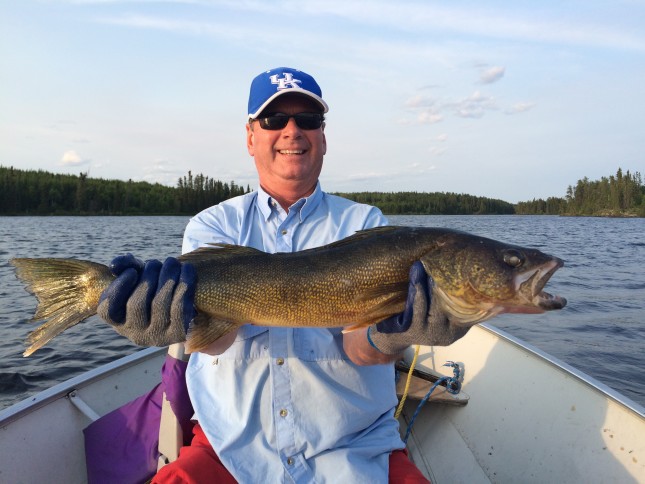 Lynn T. from Montana fished Vee Lake a couple of weeks ago and caught some great fish.  He brought a few new guys this year as well and it is great to see the expression on their faces when I pick them up.  Our regular guests already know how good the fishing is up on our lakes but new people usually are ecstatic!  Even if fishing is slower than normal, they are still so happy as it is still more fish than they have caught anywhere else in their lives.  Everything is relative. 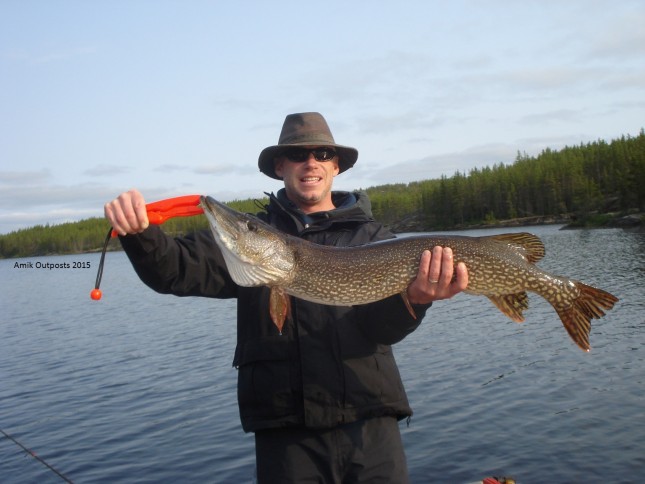 Penis Cove, where the fishing is always great. 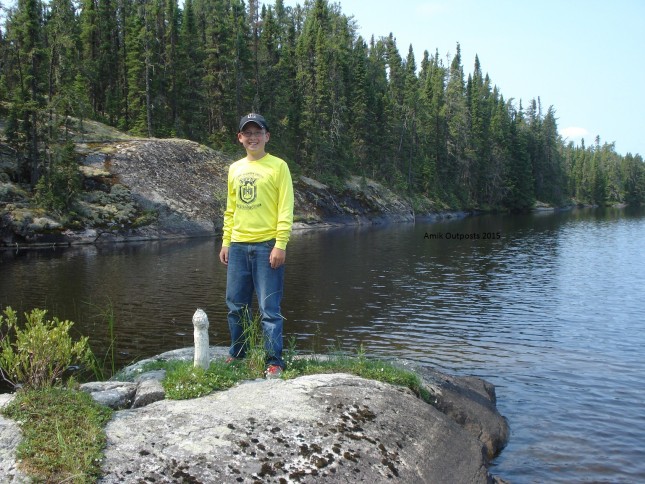 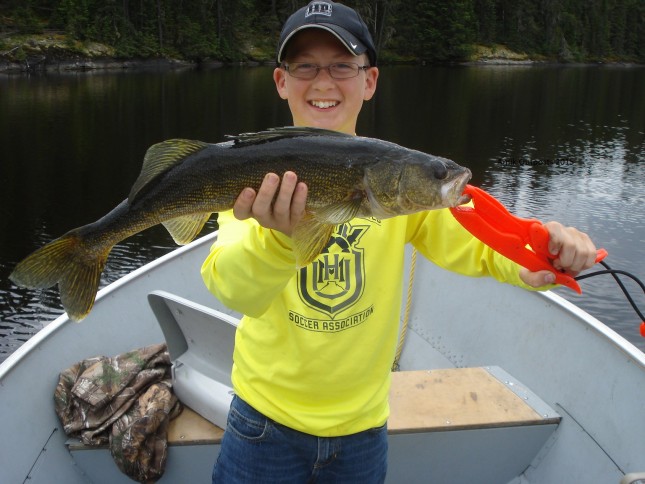 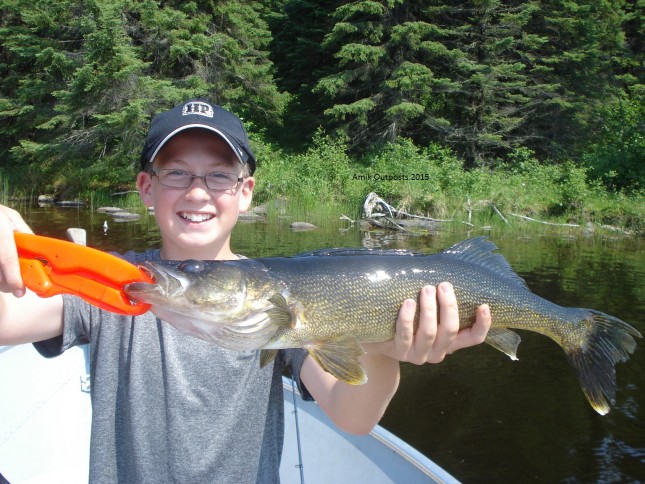 Jeanette Lake saw some first timers fish it recently.  The Knutson party set out on their journey into the bush and came out smiling.  Catching fish was not an issue with plenty to be caught and released as well as to eat!  Lots of stories and laughs were had.  The biggest pike was 38 inches and the Caribou provided the entertainment in the evening. 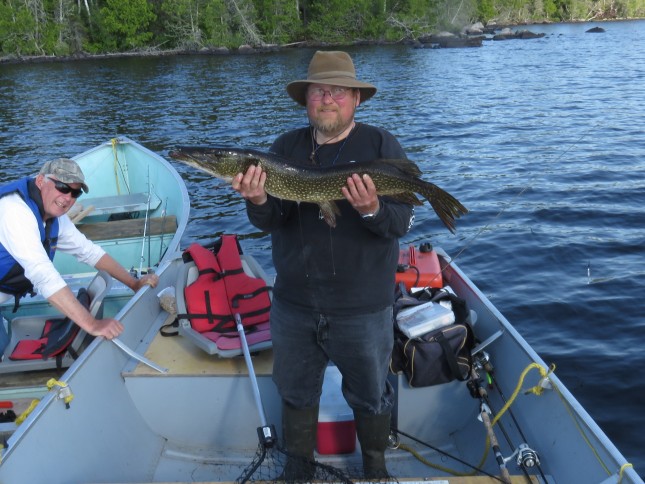 Even the rocks were aggressive!  Here is a beauty. 🙂 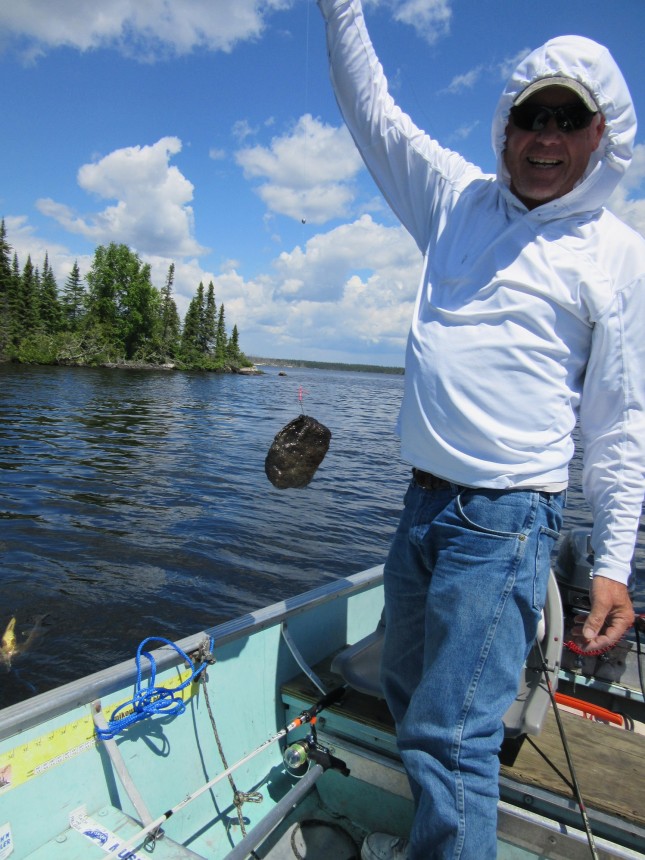 The Caribou seems to have moved on a bit as the last couple of groups have not seen it. 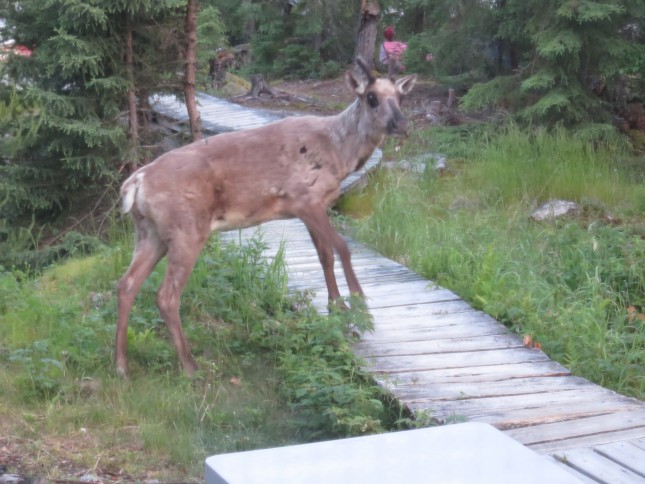 It looks like a wetter week ahead with cooler temperatures in the forecast.  Water levels continue to drop as we had had rain recently in the form of thunder storms and have not accumulated much amount.  It makes for great flying weather but we could use a few inches anytime.

Here are some pictures I have taken recently. 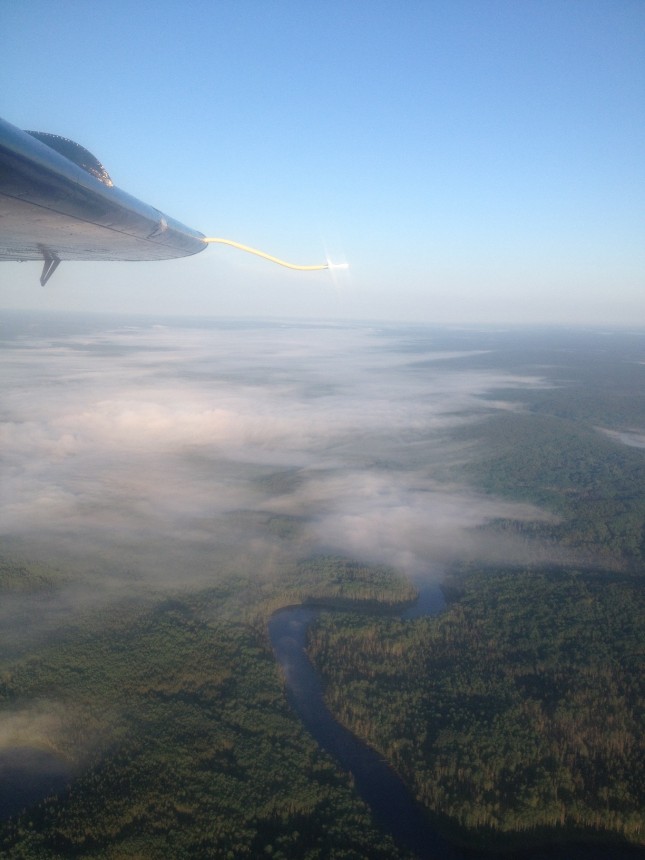 We have had some smoke from western Canada as much of the US has had but recent winds have cleaned up the air for us and hopefully have given the firefighters out west a break with some rain. 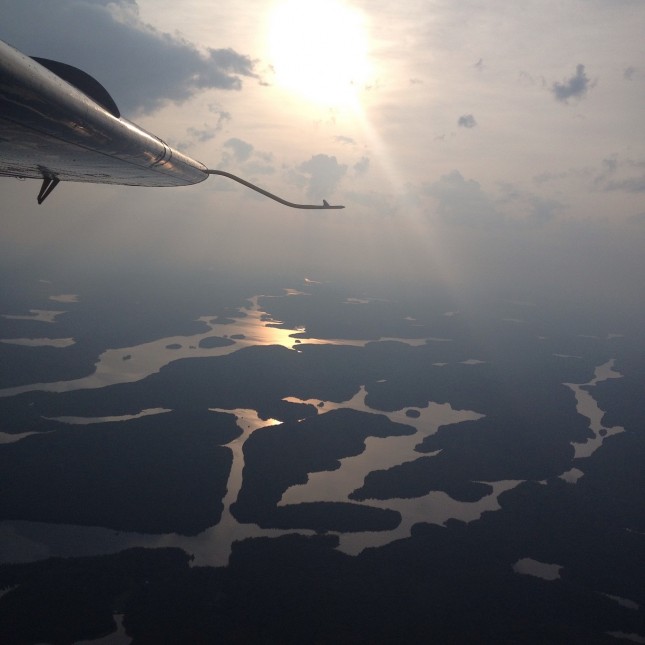 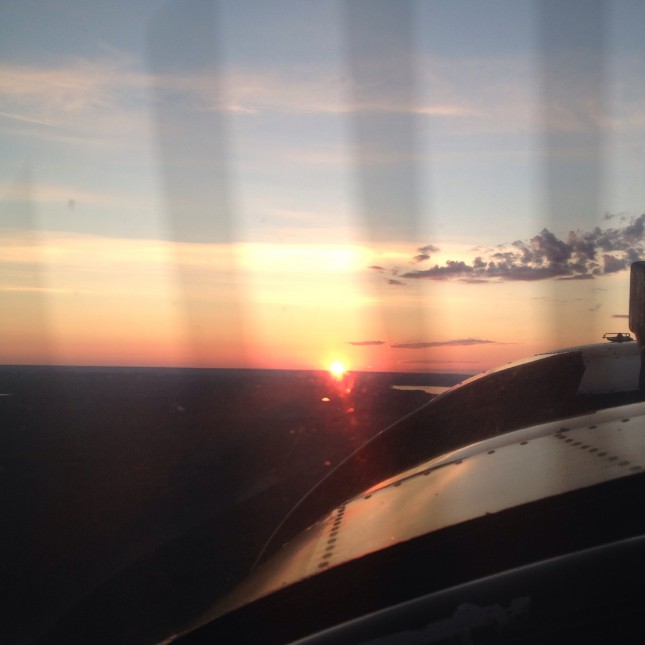 Dustee is eager to make friends and it looks like this baby weasel didn’t make to good of a friend.  Dustee loves to display her catch for me on the hill or boardwalk.  She is a good hunter. 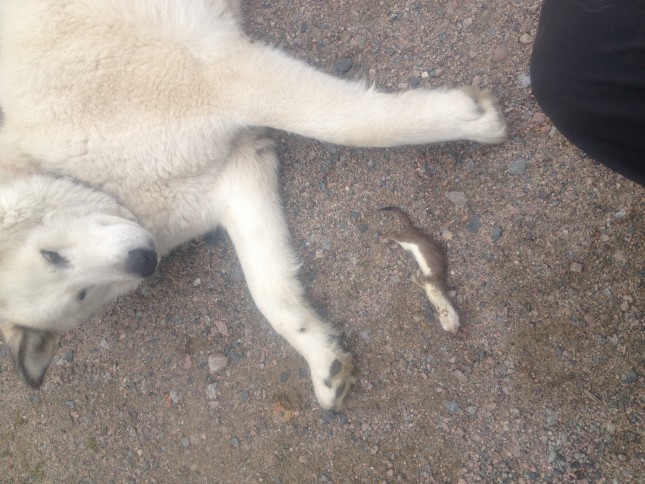