Another week has flown by of our 2015 season!  And the fish are active!  A number of 29-30 inch walleye have been caught and released recently and many pike measuring up to 44 inches!

I have heard from many people lately that they love to be in the bush, and to be totally out of touch!  No cell phone, no internet, no hum of traffic, the biggest worry is where you will fish next.  Nothing around you but fresh clean air in a pristine environment, a comfortable cabin, and a lake teeming with fish!  We are fortunate to be able to share this beautiful part of the world with you.  You can explain how great it is to people all day long but you don’t truly understand how nice it is until you have experienced it first hand.  The sound of silence.

Here are some pictures from last week.

The Bangert party made their first trip with us and when they booked a year ago, they asked Rena to put them somewhere that they could catch a 30 inch walleye.  That feat can be achieved on any of our lakes, Rena had a spot for them on the Cobham.  They caught and released a 30 incher!!!  In addition to many other trophy sized fish.  The biggest pike was a 42 incher, and it was caught on a 12 inch walleye!! 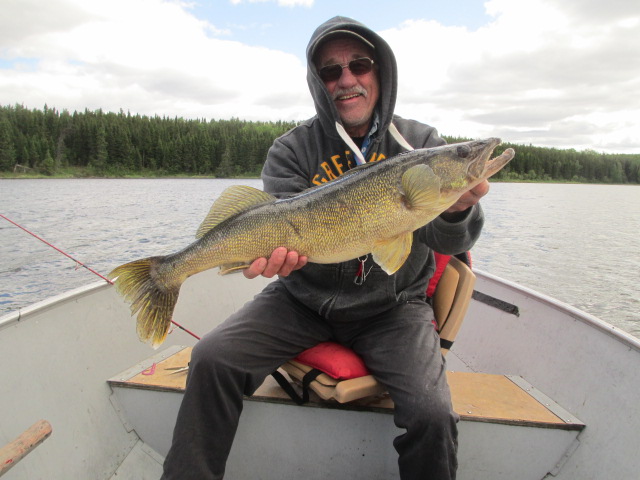 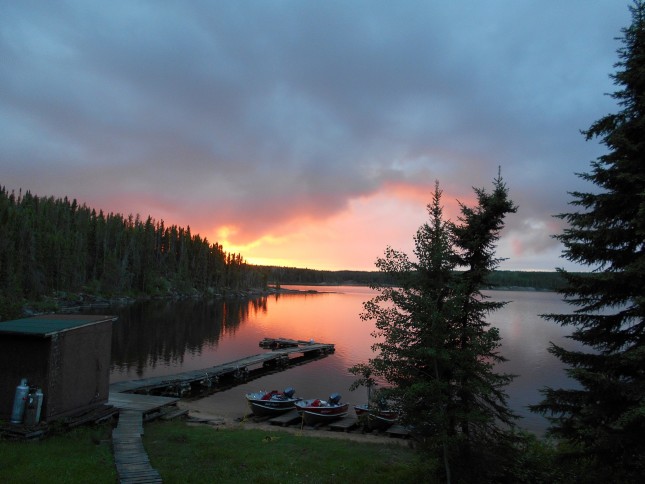 The Jansen party have been our guests for many years and know the Cobham very well.  Dale had the lucky hand this year, catching a 29.5 inch walleye and a 44 inch trophy pike. 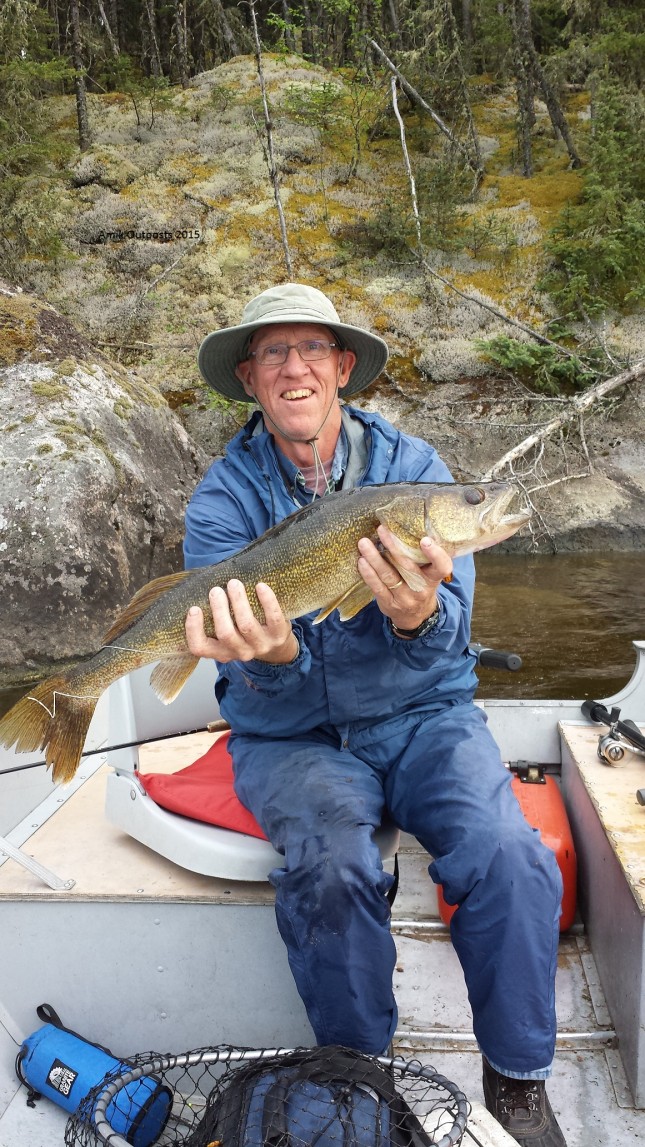 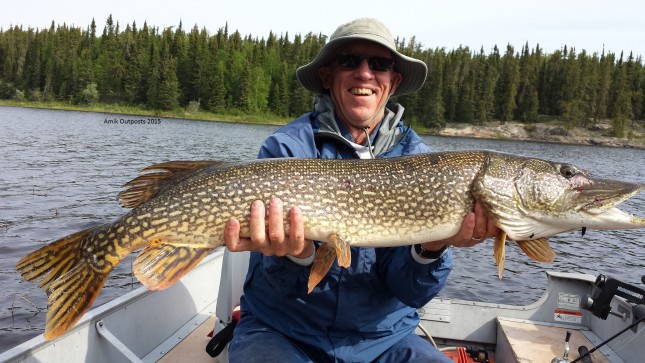 The Hansen party makes the long journey from Florida every year for a little piece of heaven called Dark Water lake.  They caught tons of fish, saw a few moose and loved every minute of their time alone in the bush.  Here is Ted with a beauty 27.5 inch walleye. 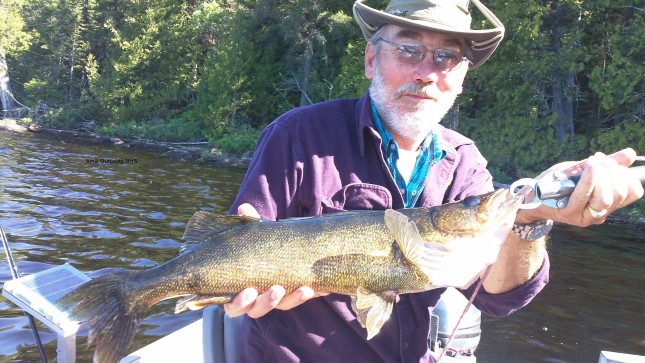 Findlay Lake had the Dudycha party visit.  They had a great time and good fishing as they always do.  Findlay lake is one of the best walleye lakes around and it has proven itself year after year.  Here are a few of the big ones they caught and released. 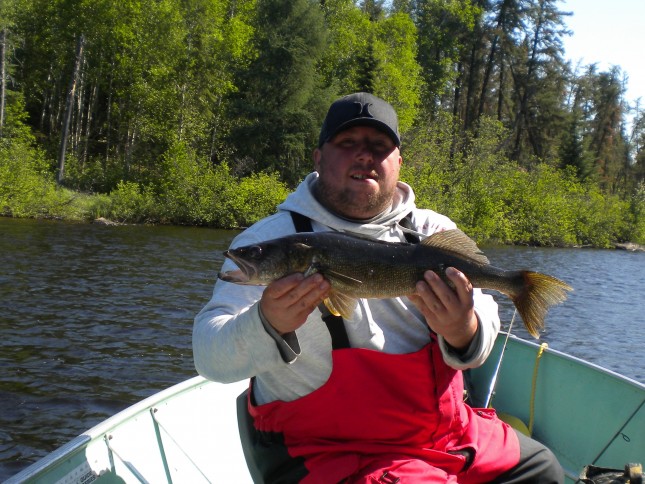 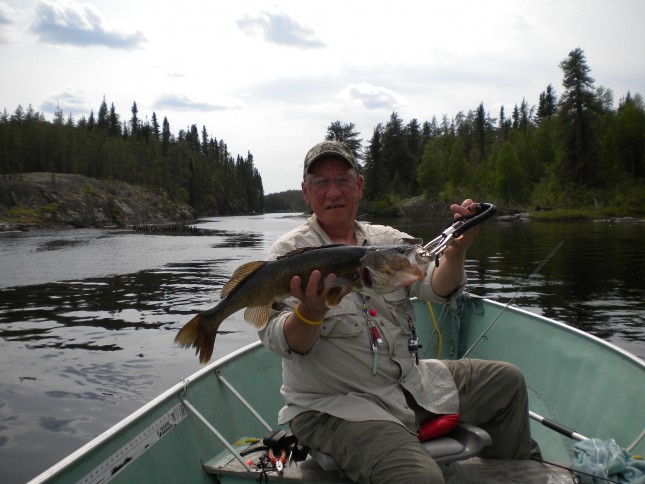 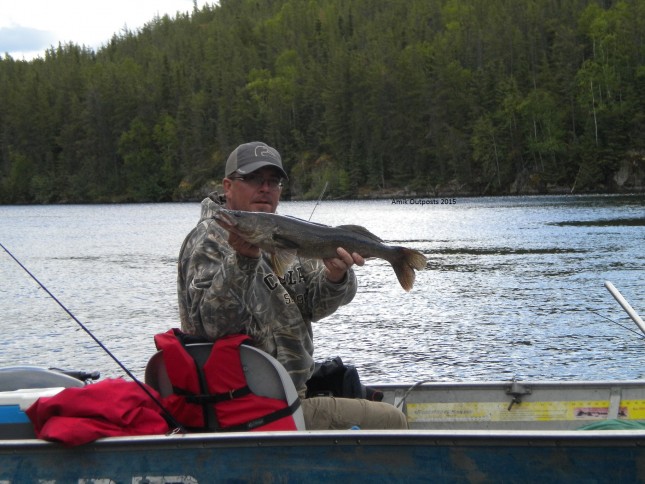 The Tupy boys have been fishing with us since they were teenagers. Now grown men, their group has grown throughout the years and now it is a boys trip they look forward to all year.  They went to Shearstone Lake, a lake they had fished a few years ago.  They did well once again and caught tons of fish.  Good times, looking forward to next year. 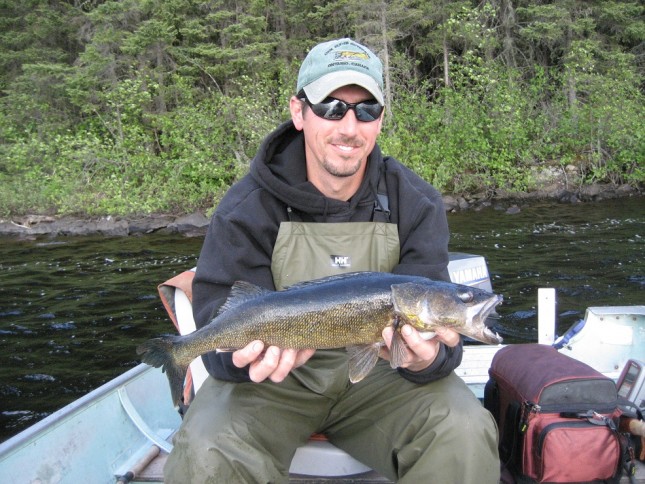 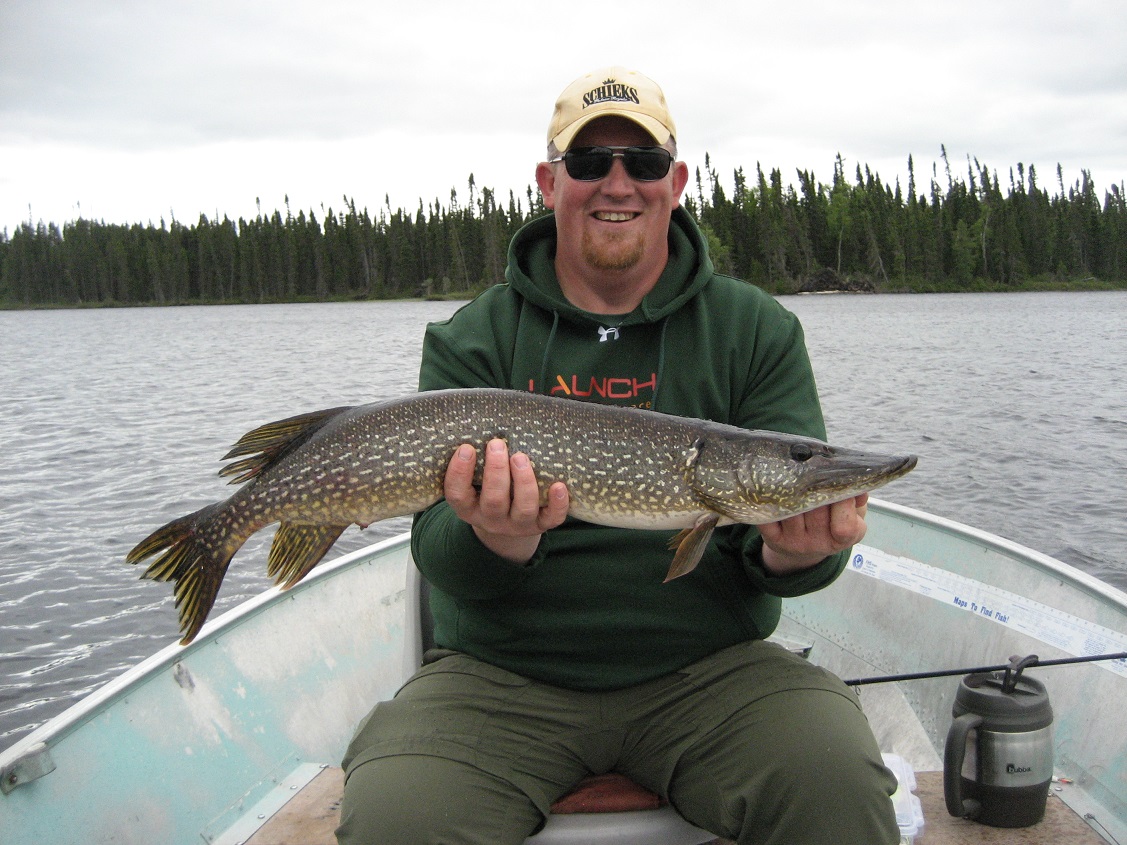 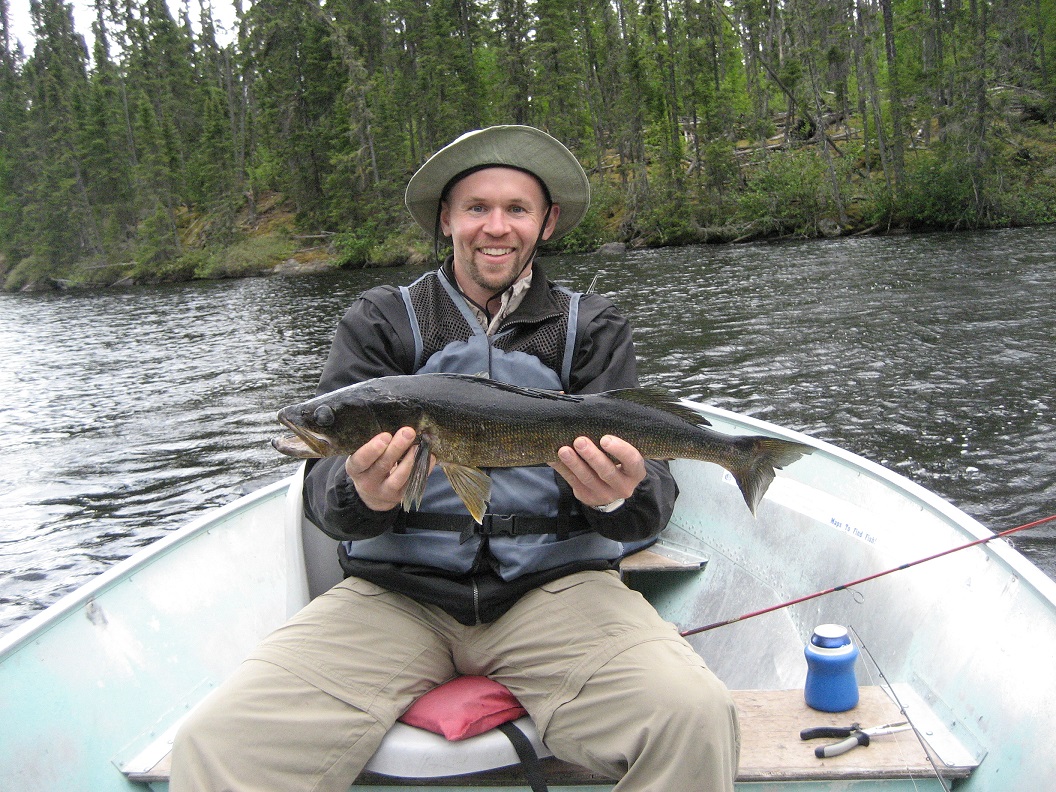 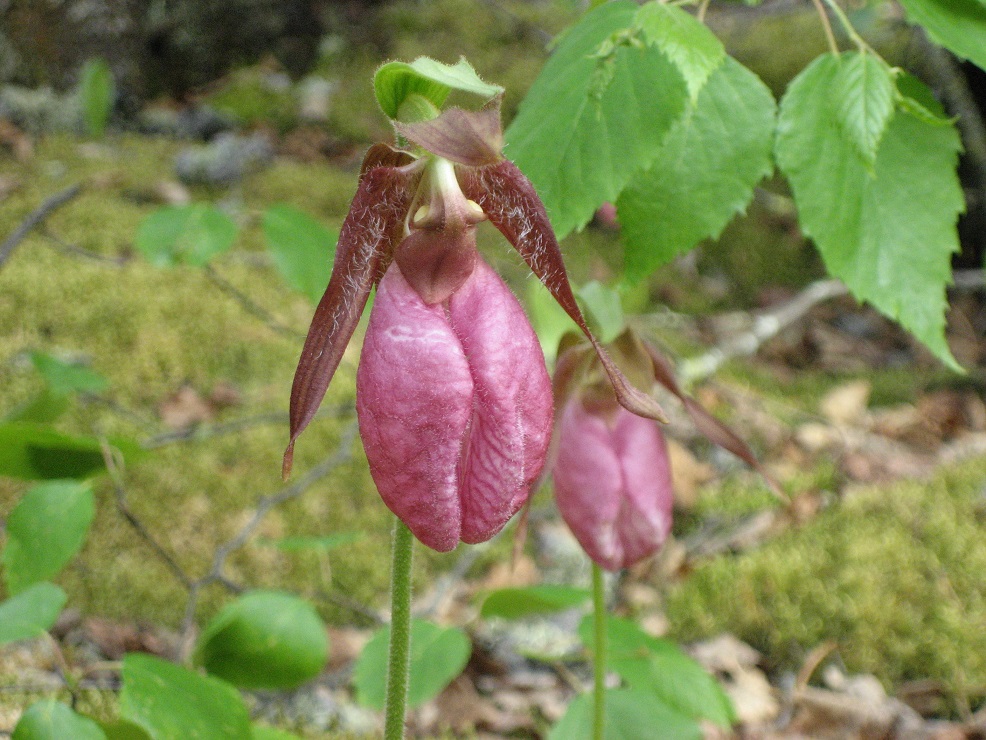 The Call party love to visit  Vee Lake every second year.  They are always excited to come back.  On Vee Lake there is a few variations of the walleye family.  One of the most peculiar is the Blue Walleye.  A Blue Walleye is apparently a prehistoric variation to the walleye family.  I have caught them on a number of lakes in the North but they are prevalent on the Cobham River System 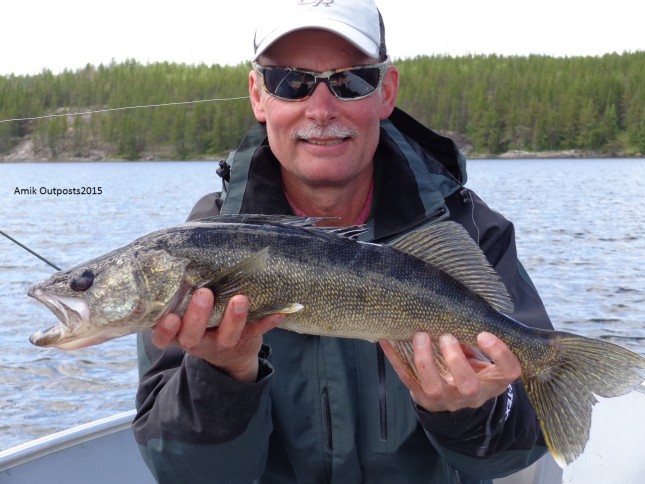 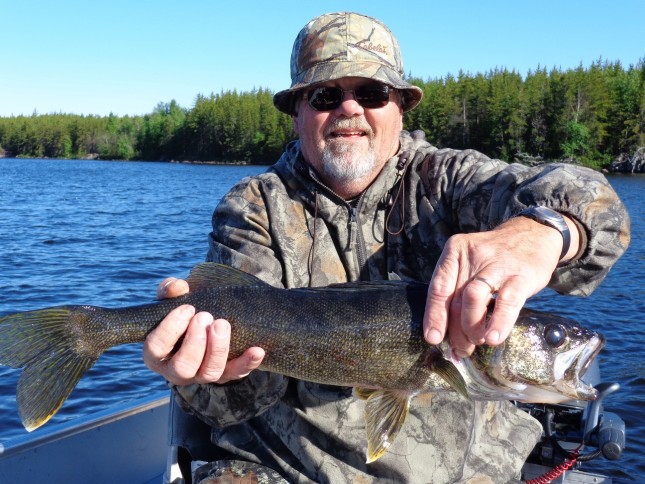 The beauty is all around you, you just have to be there to see it! 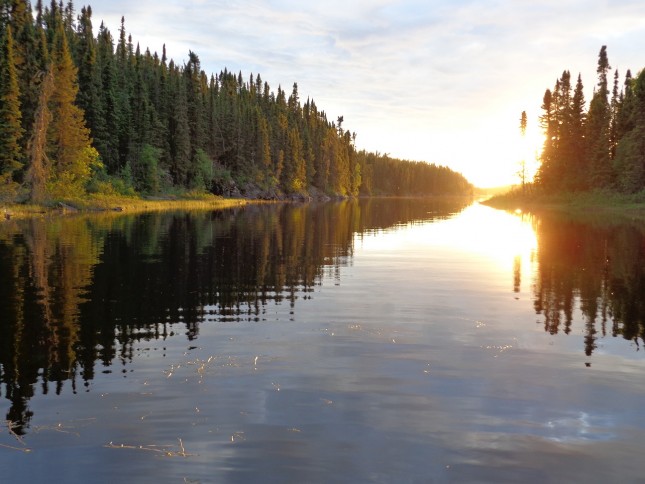 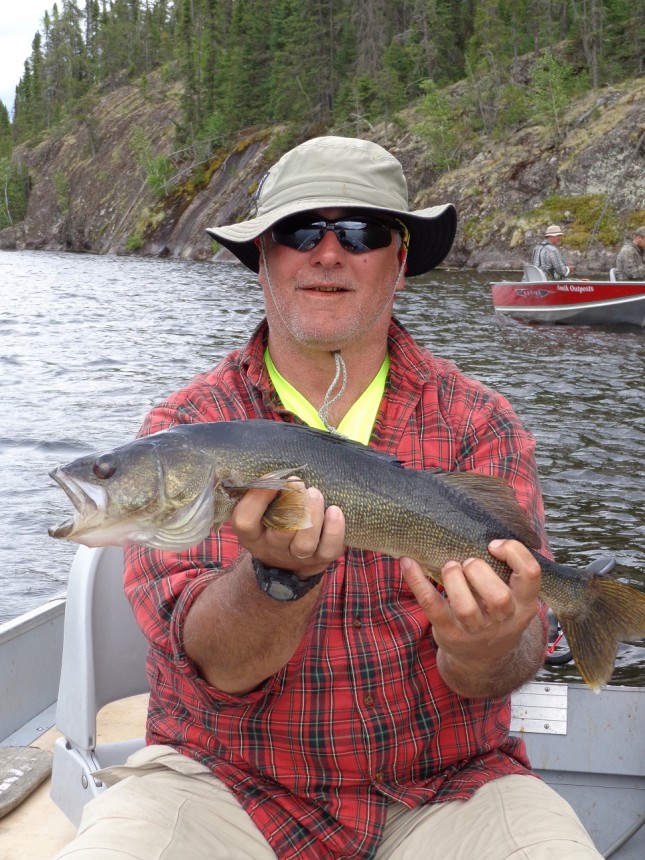 Here is one of the Blue Walleye that they caught.  Under the right light, they are very colorful. 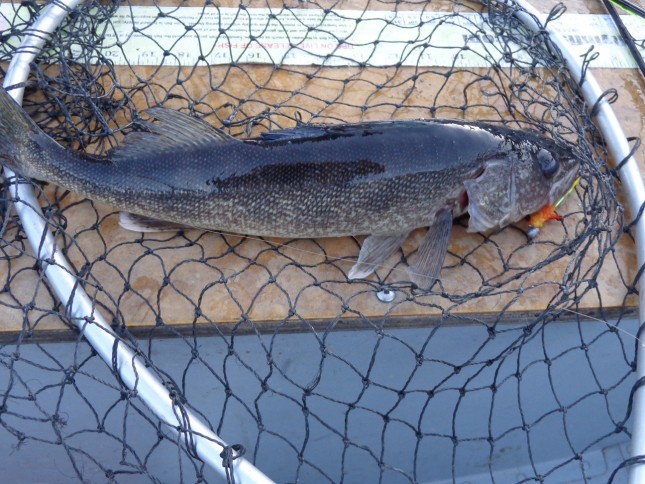 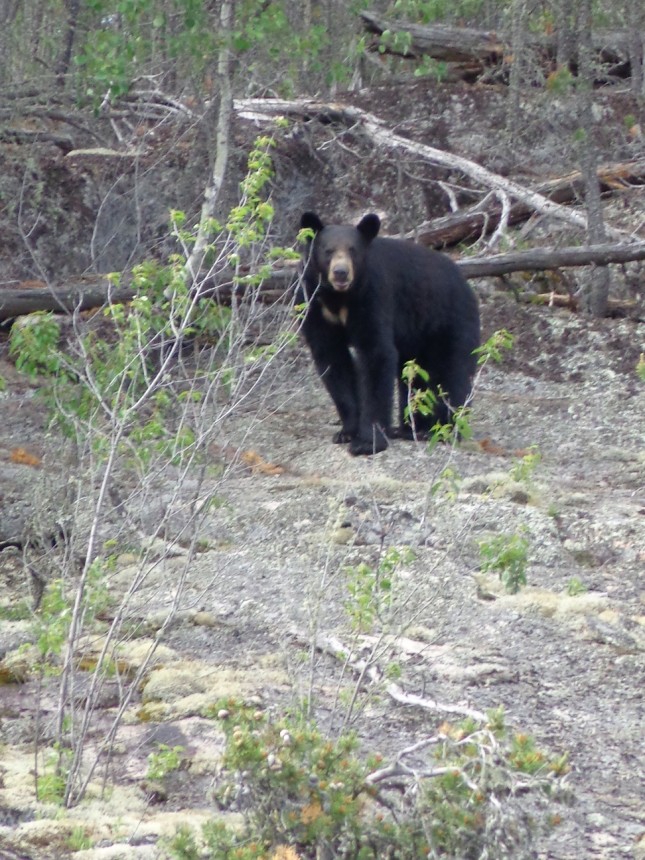 A fly rod works great up here too!  Most of the walleyes have been in 6-10 feet of water and easy to catch. 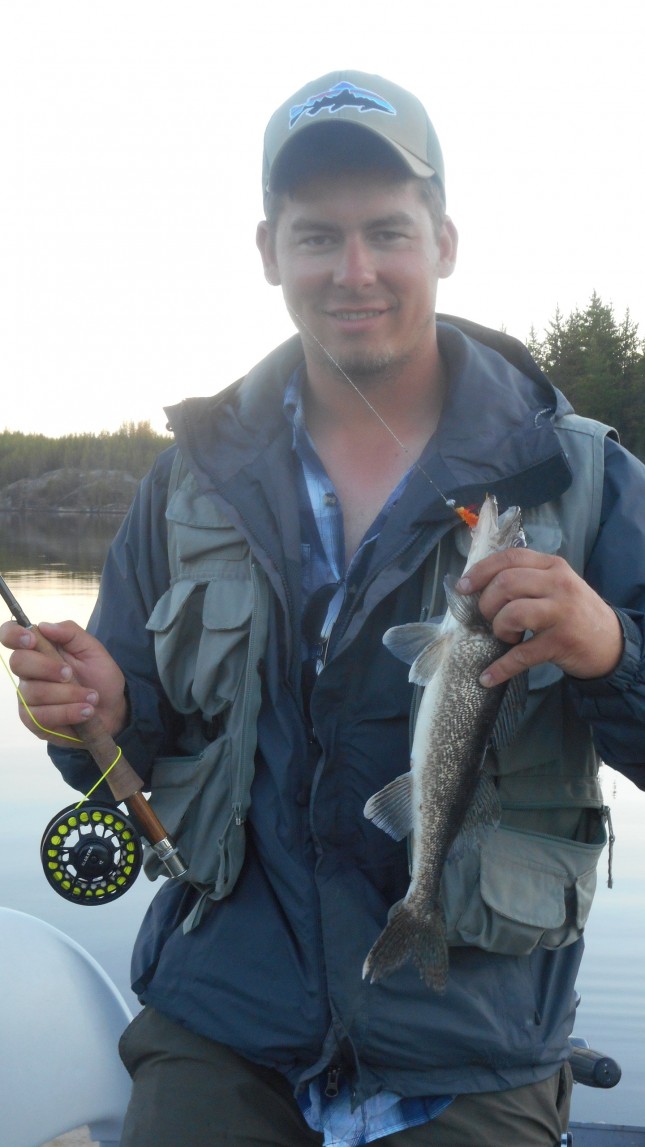