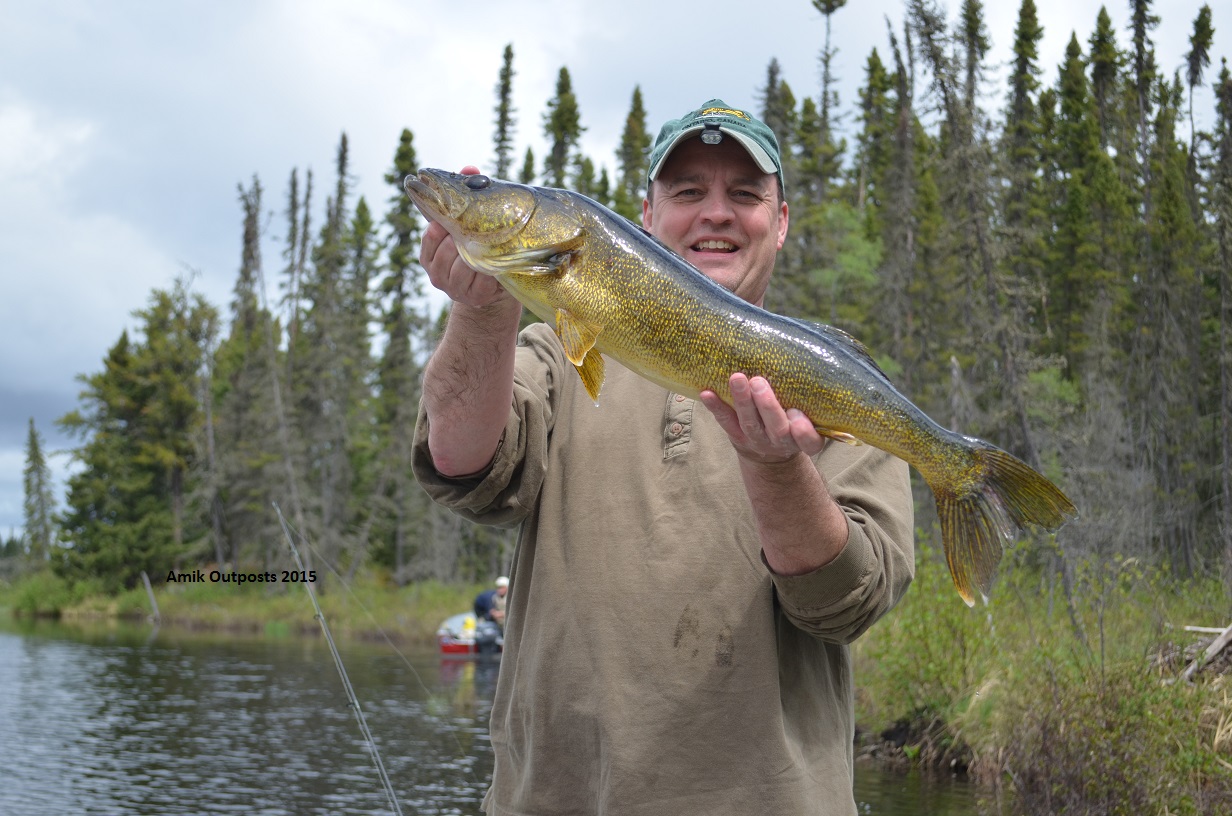 Things are as they should be at Amik Outposts.  Fishing is awesome.  Every group has great stories to tell about the big one they caught and quite a few stories of the one that got away!  Fish are in normal depths and patterns as we have had pleasant weather lately, a bit cooler than the week before and quite a bit windier.  Much better fishing weather than the week before.

The Tylinski Party made their return to Jeanette Lake.  They had another great trip and caught lots of nice fish.  A 25 inch walleye was the biggest.  They also caught a 44 and 42 inch Pike!  As well as many others measuring around the 40 inch mark.  Great week! 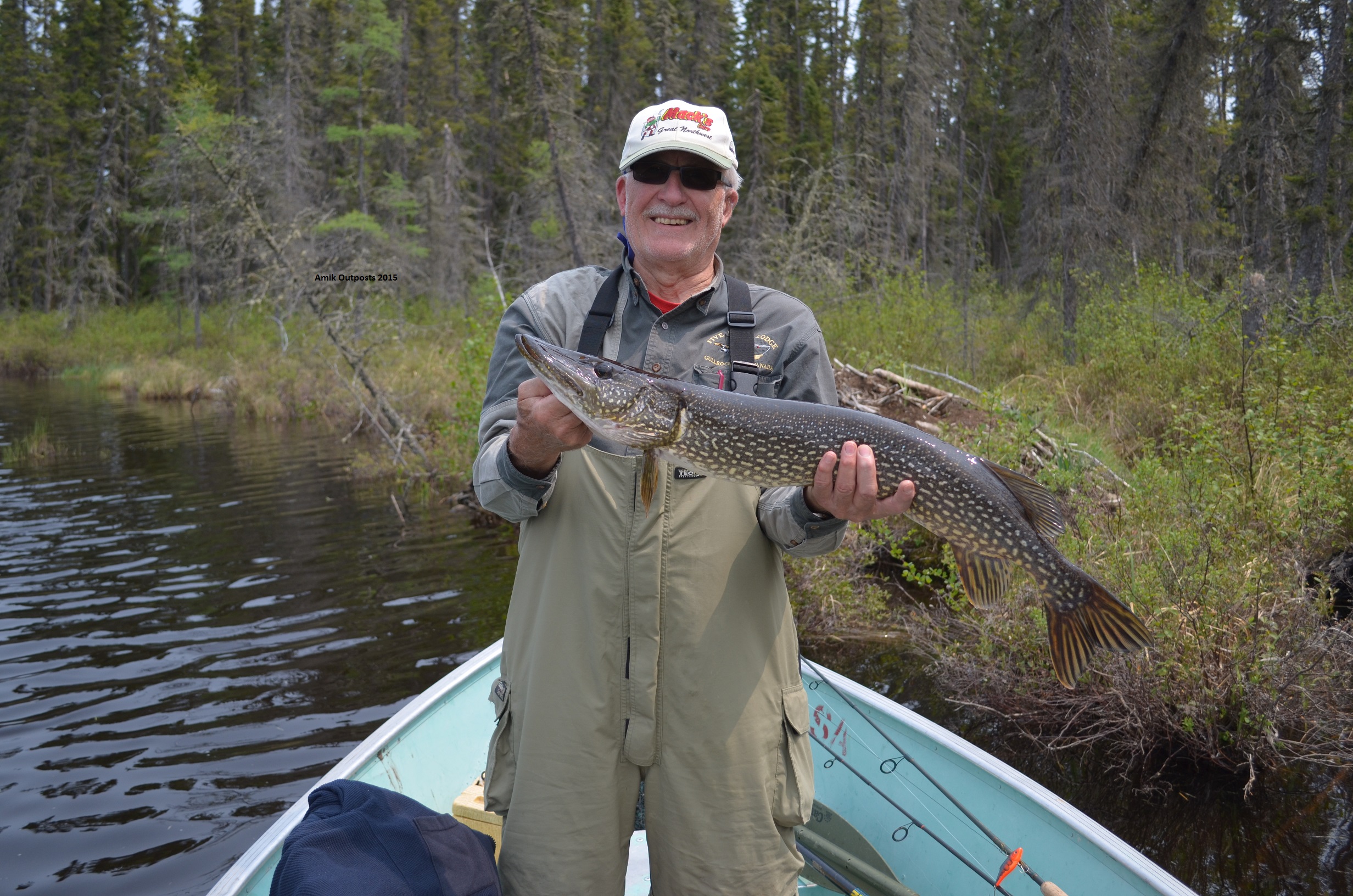 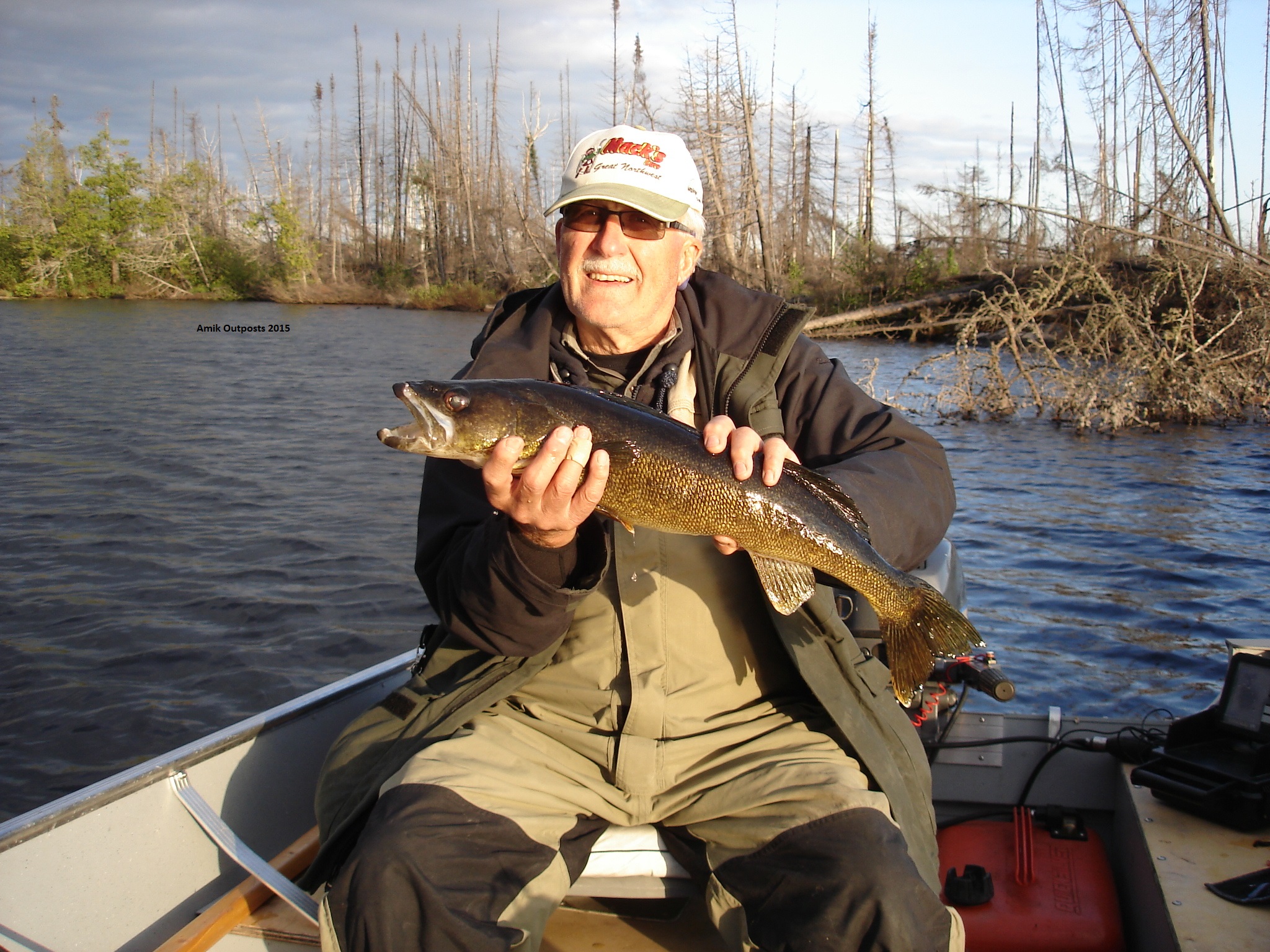 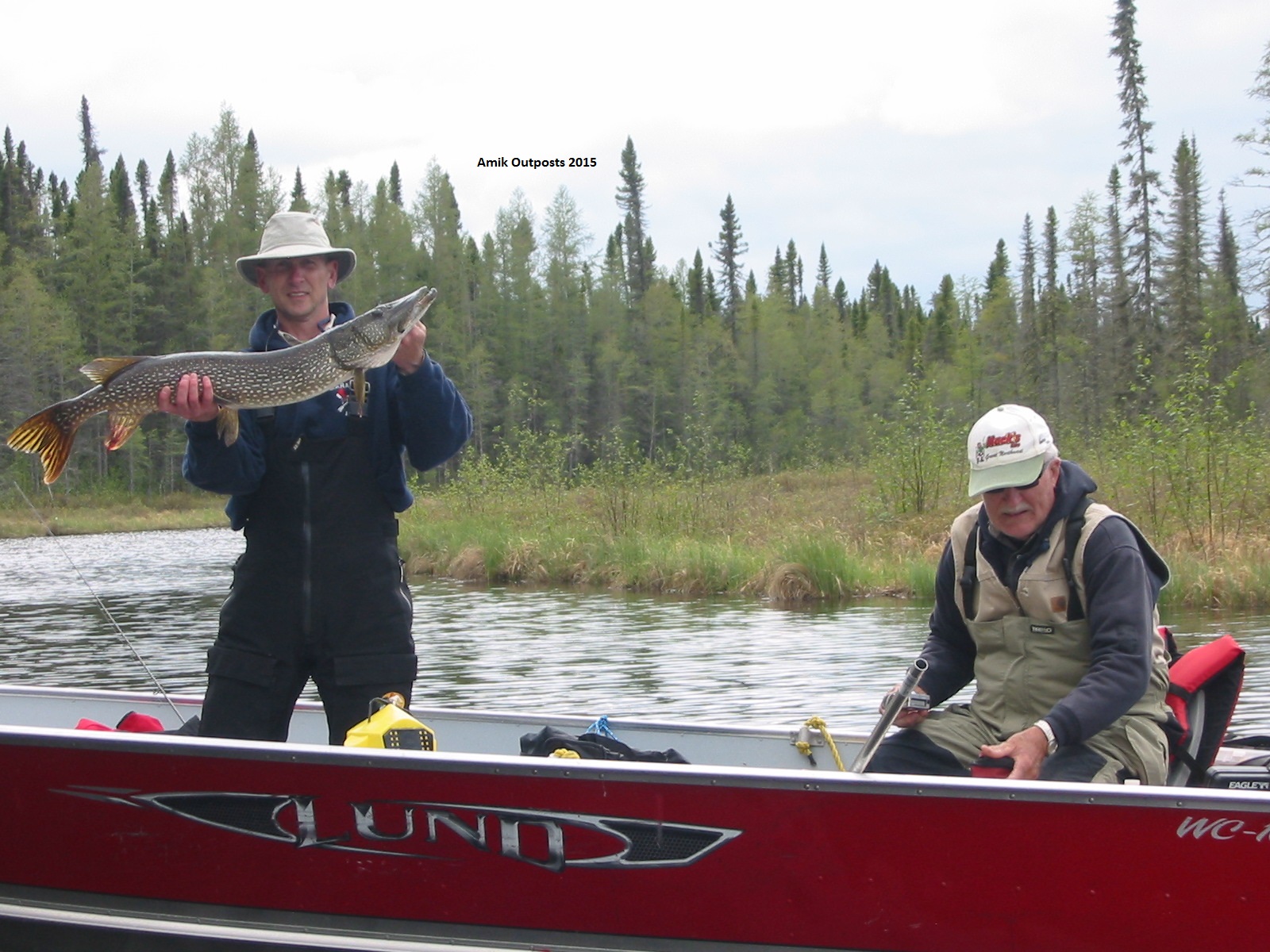 The Seals and the Hansens fished Shearstone Lake last week.  The first time in many years that they have fished any other lake then Loree during the opening week.  Shearstone treated them well.  Catching lots of fish.  George, pictured below, took home the prize for largest pike and largest walleye for the week. 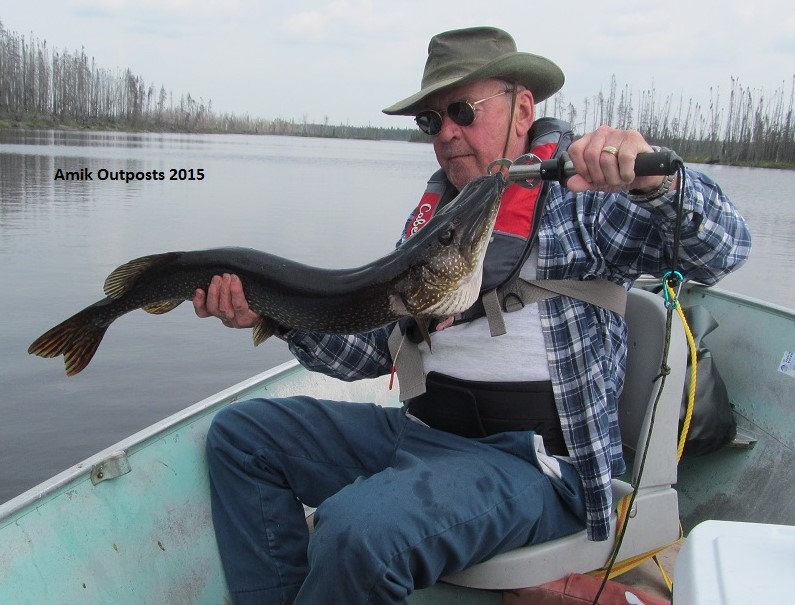 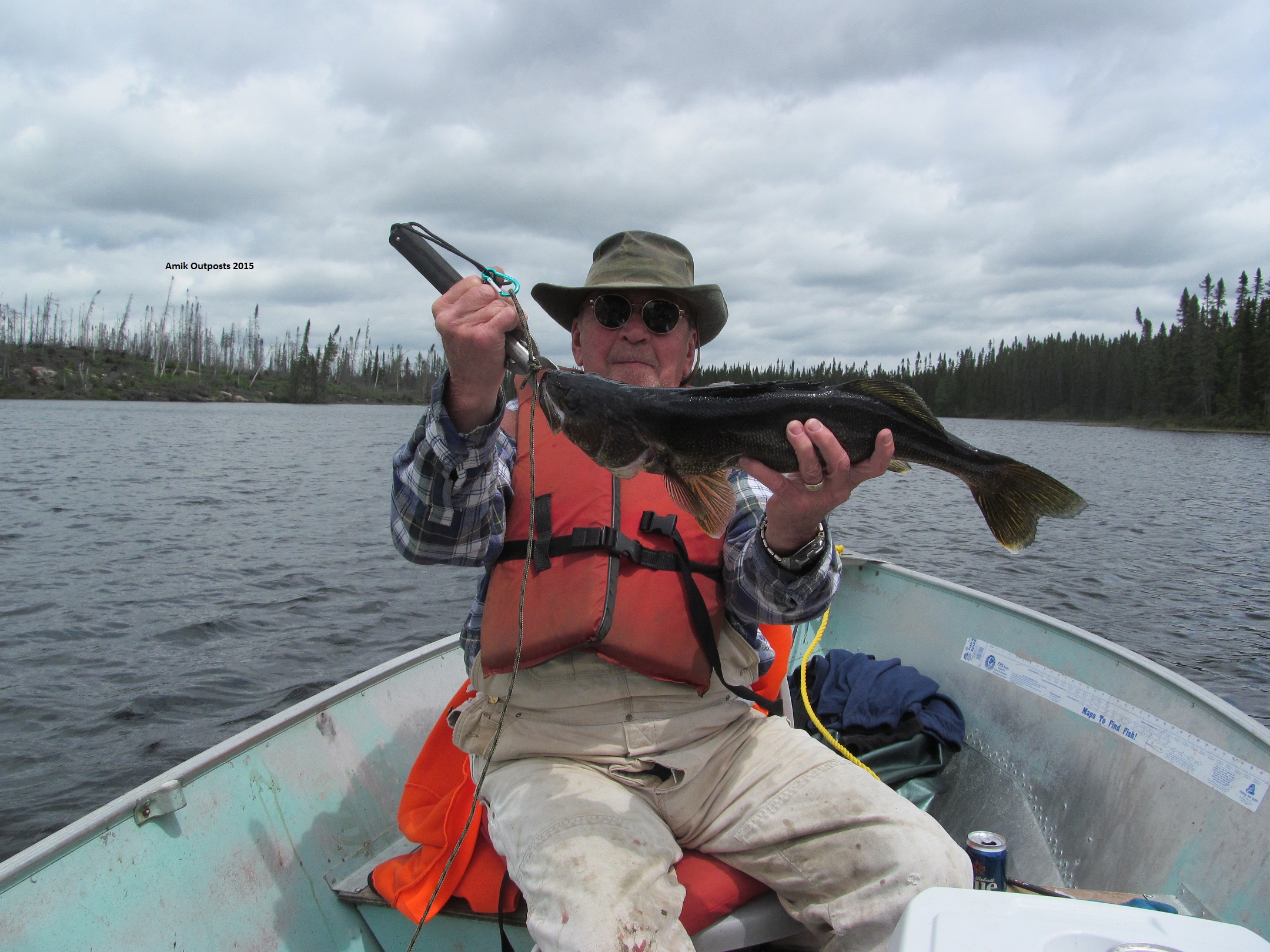 They saw this cow and her calves a few times.  They would swim out to the burned island each day to feed on the young browse that grows thick after a burn. 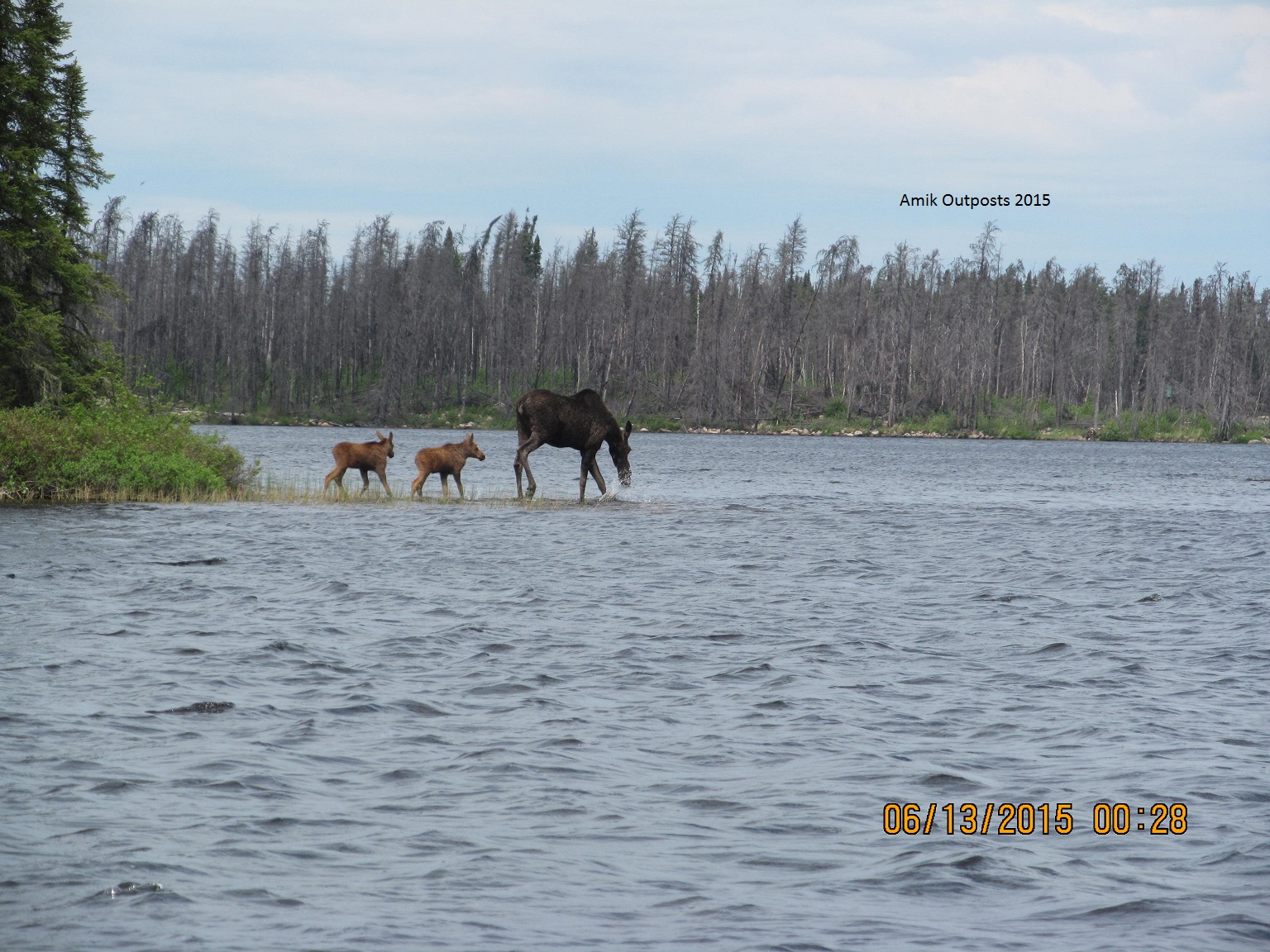 These 2 celebrated a milestone on the Cobham last week.  50 years of  Canadian flyin fishing trips together.  Tim and Dan have caught more walleye than you can imagine together.  The Cobham was a perfect place to celebrate.  They had the best northern fishing that they have ever had in those 50 years.  Tim could not believe the quality of the fish that they all caught.  Healthy, thick trophy pike were abundant last week!

The eagle on the Cobham has been aggressive too!  One of the guys in the group caught a small pike and was reeling it in when the eagle decided that he wanted that pike too.  The eagle won the battle as he flew off with the fish, the lure and all of his line from his reel!!!! 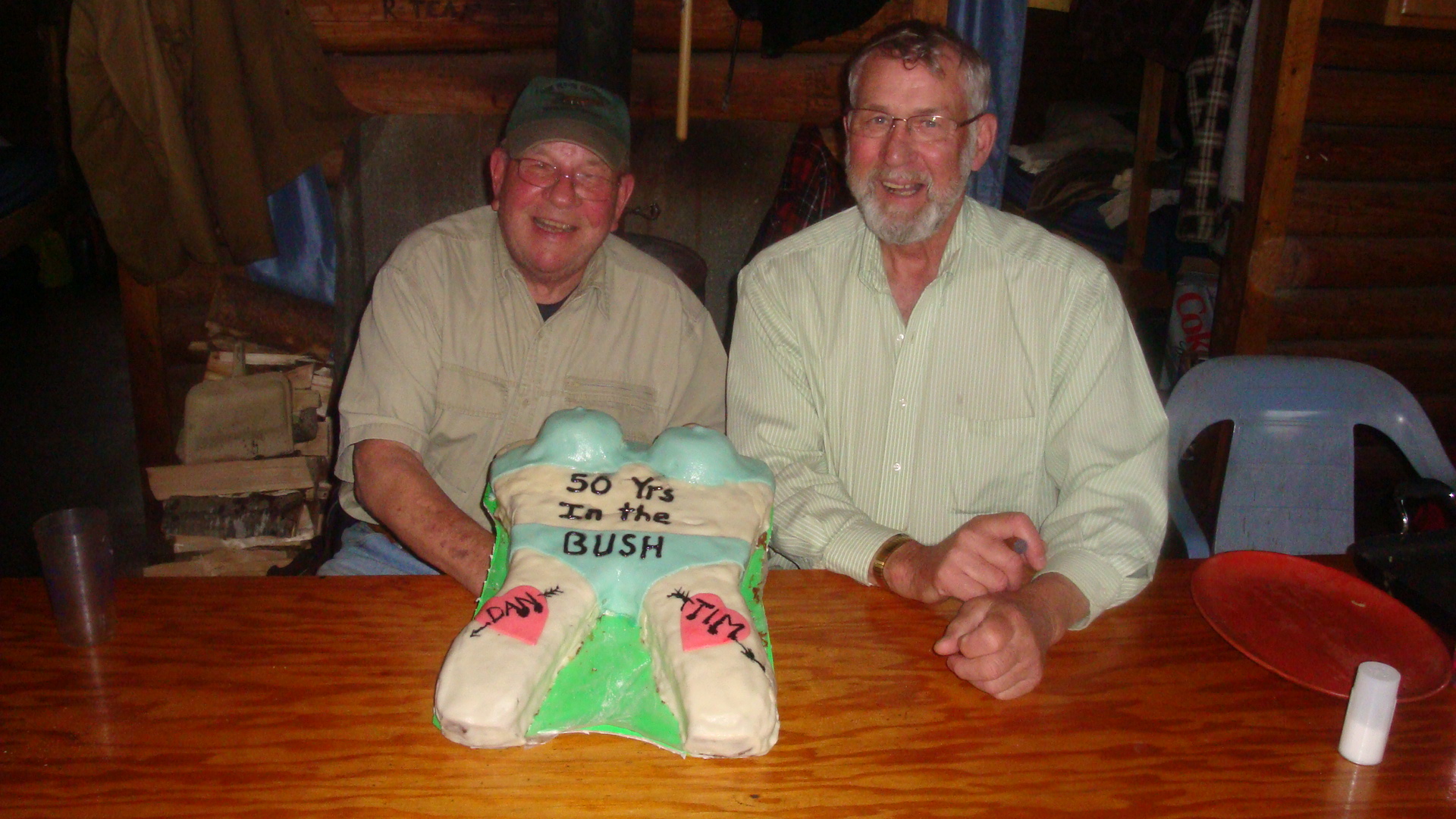 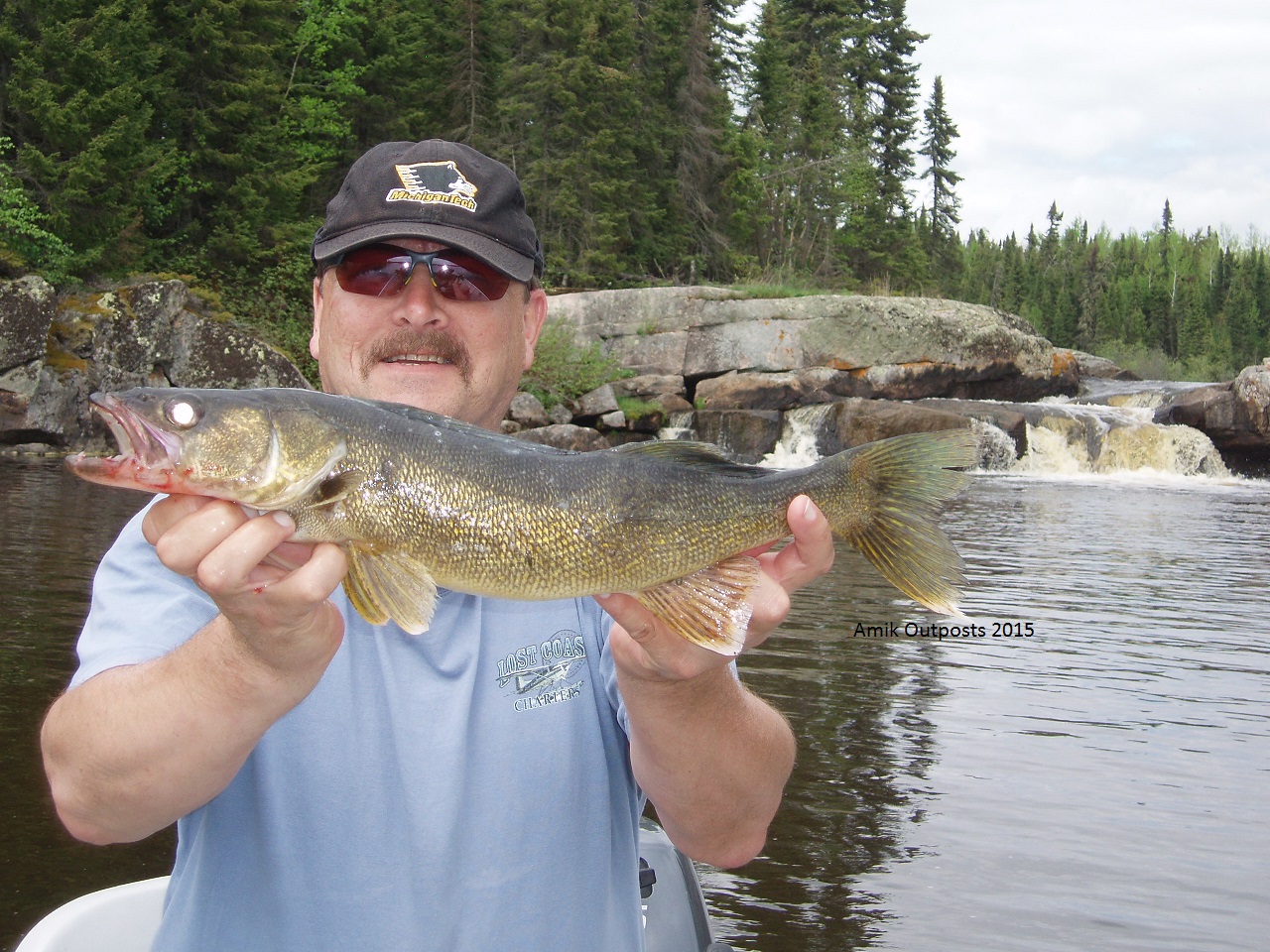 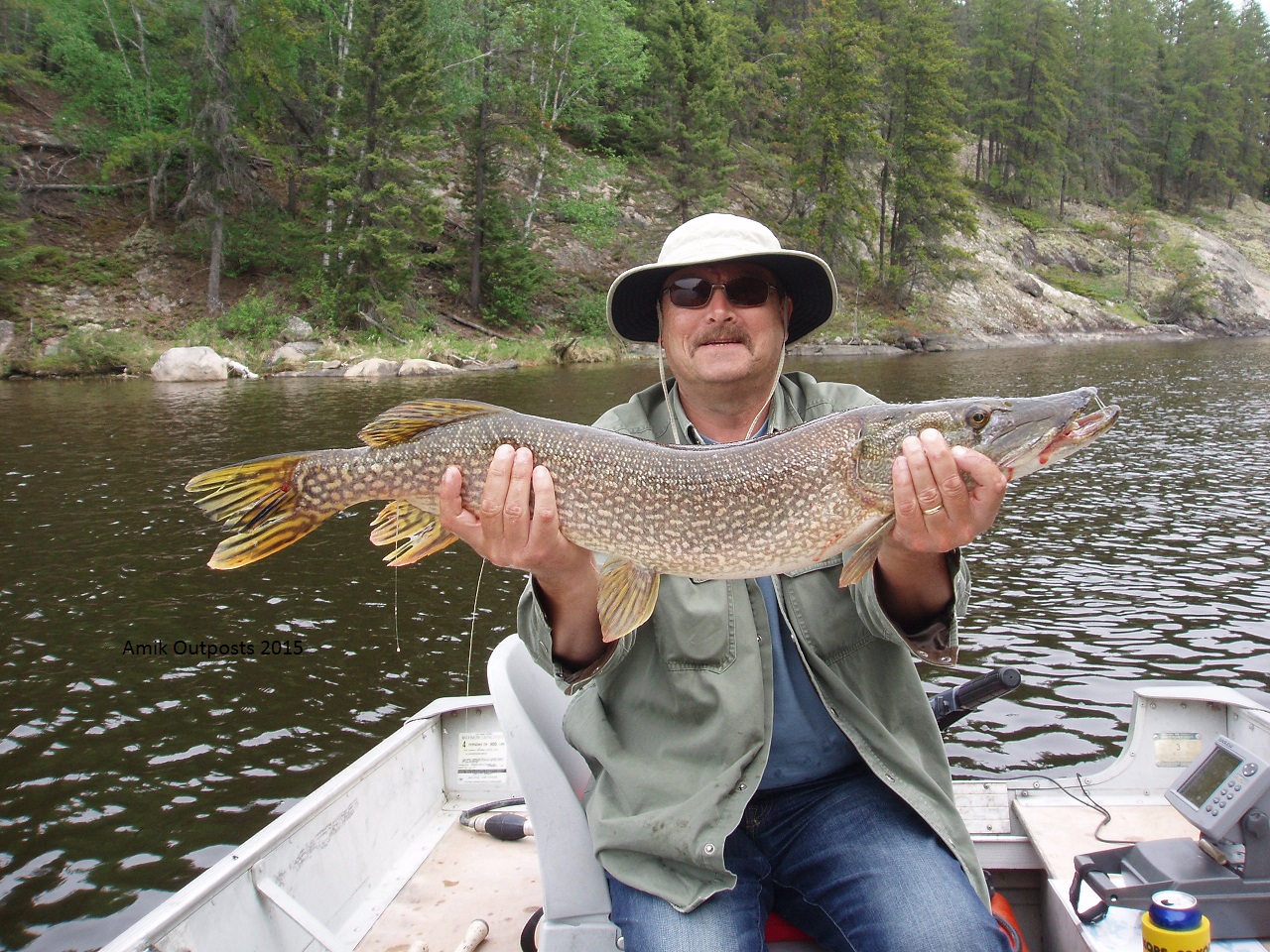 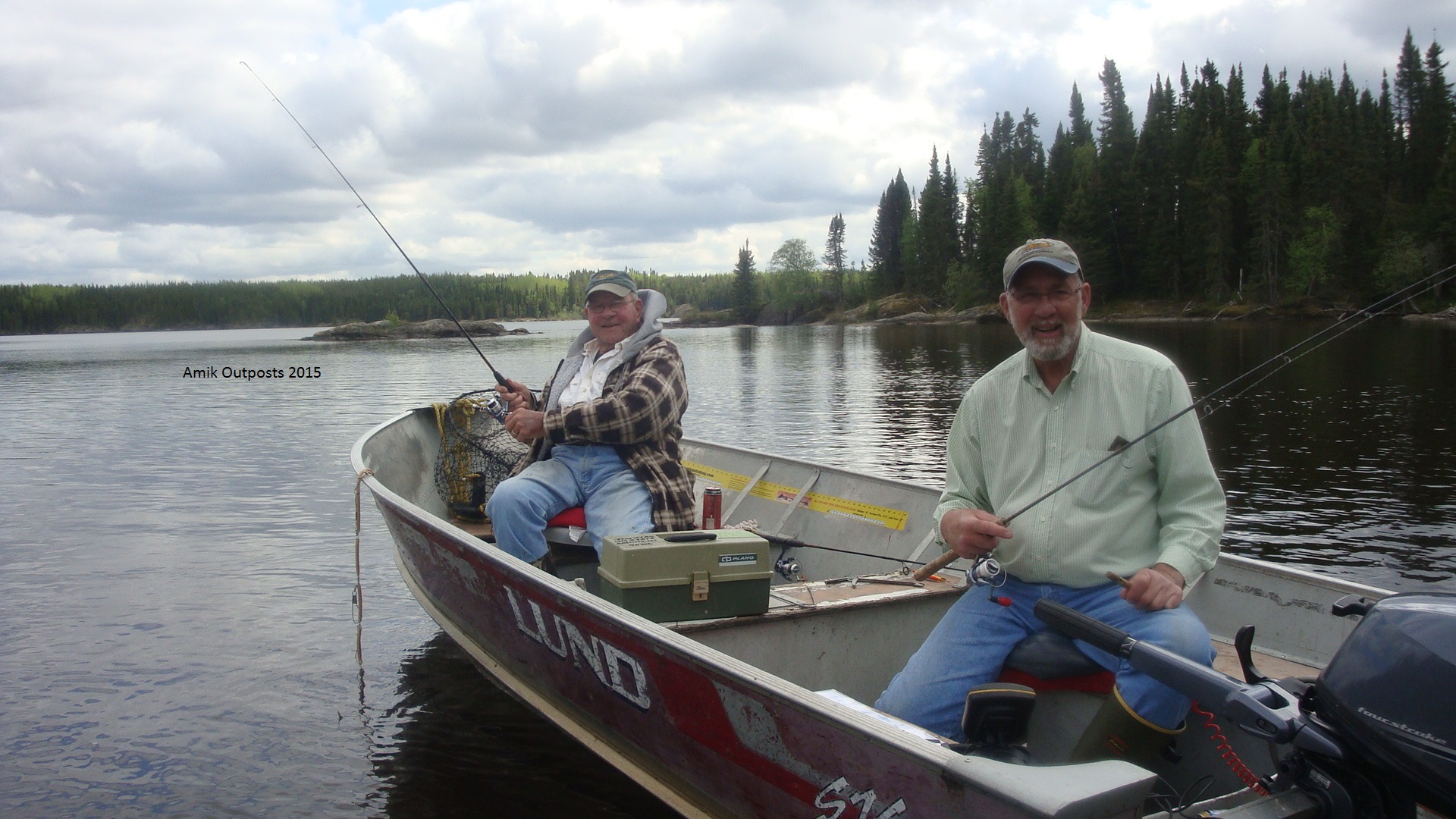 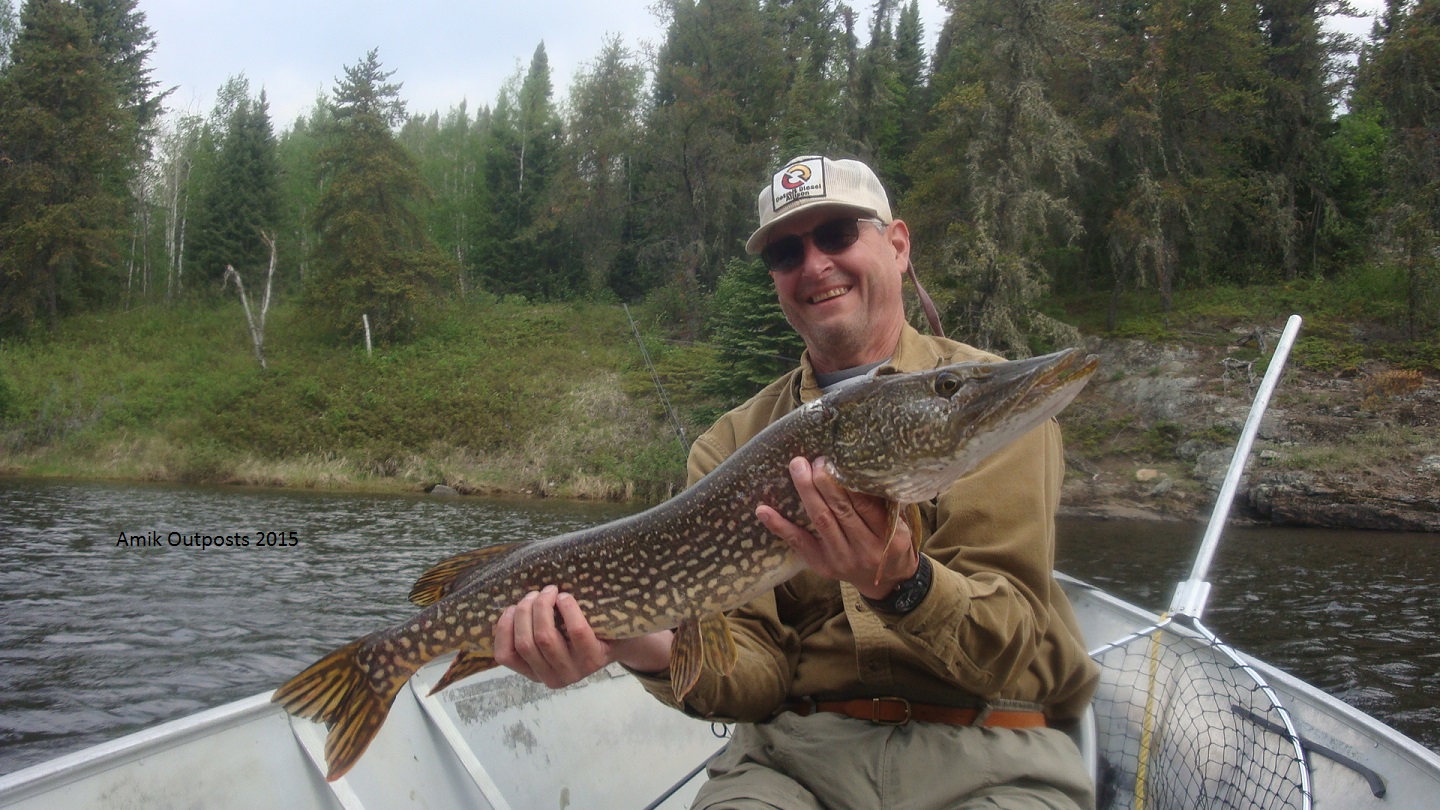 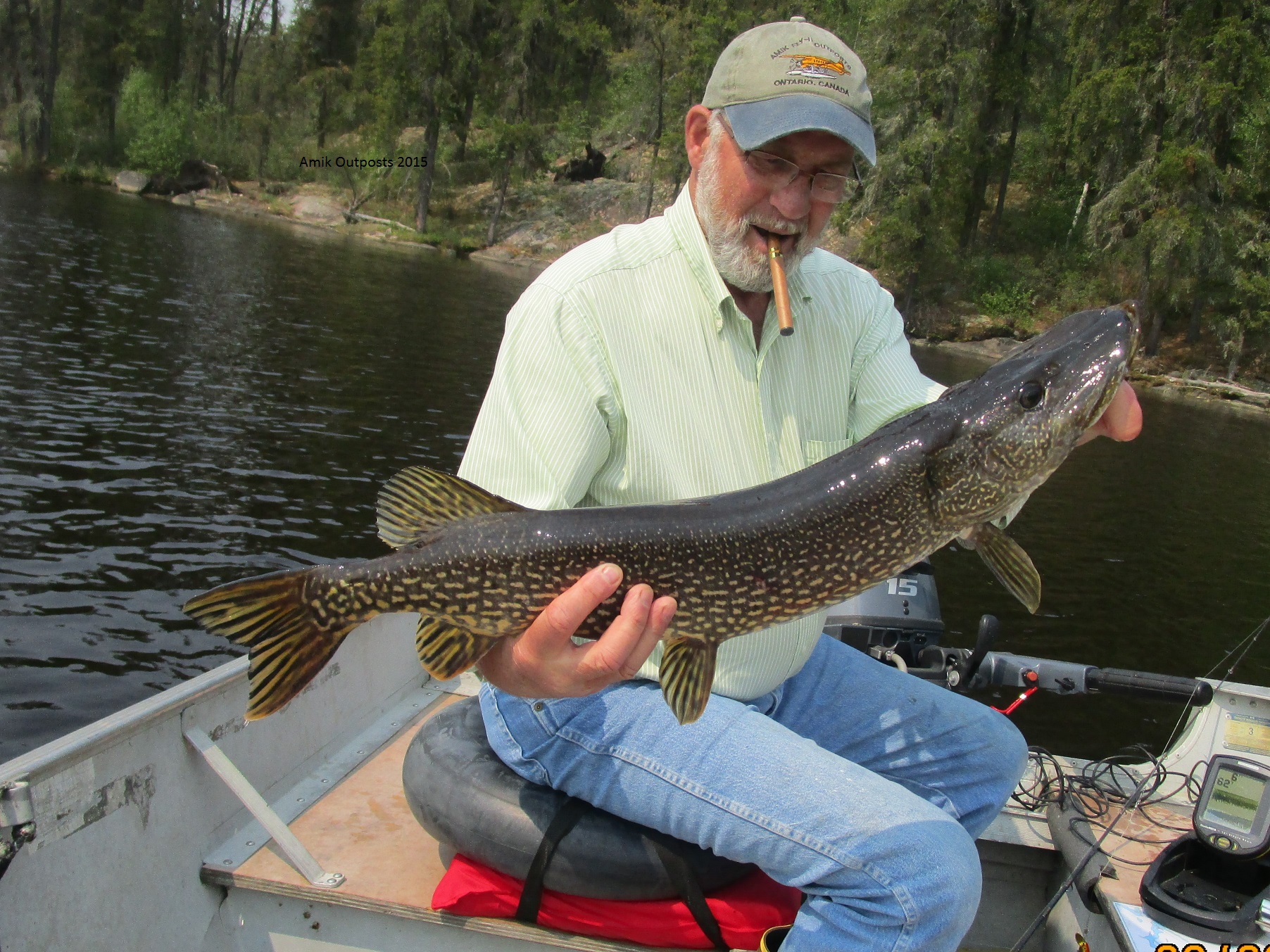 Dan caught the biggest pike of his life on this trip too!!!! 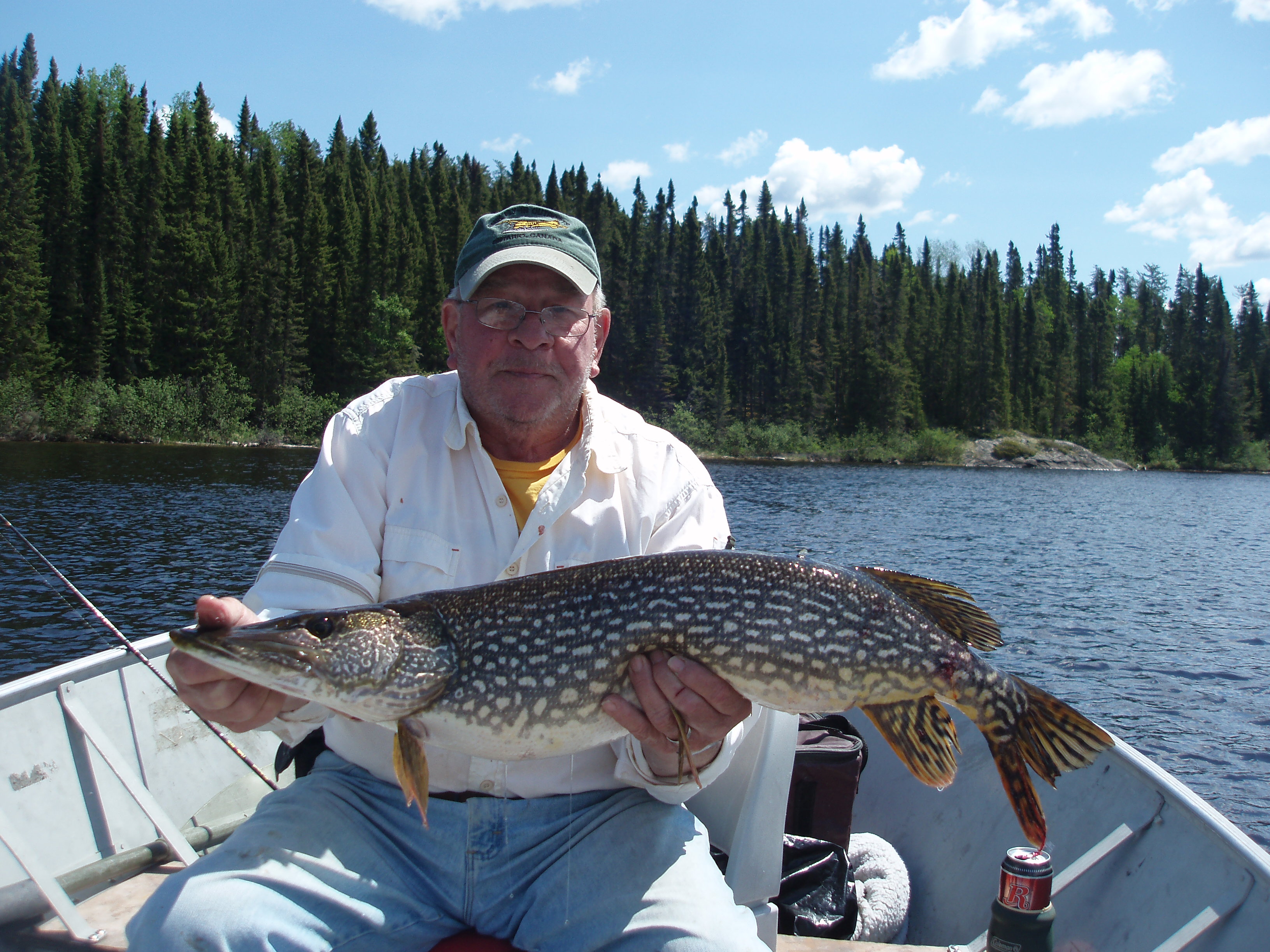 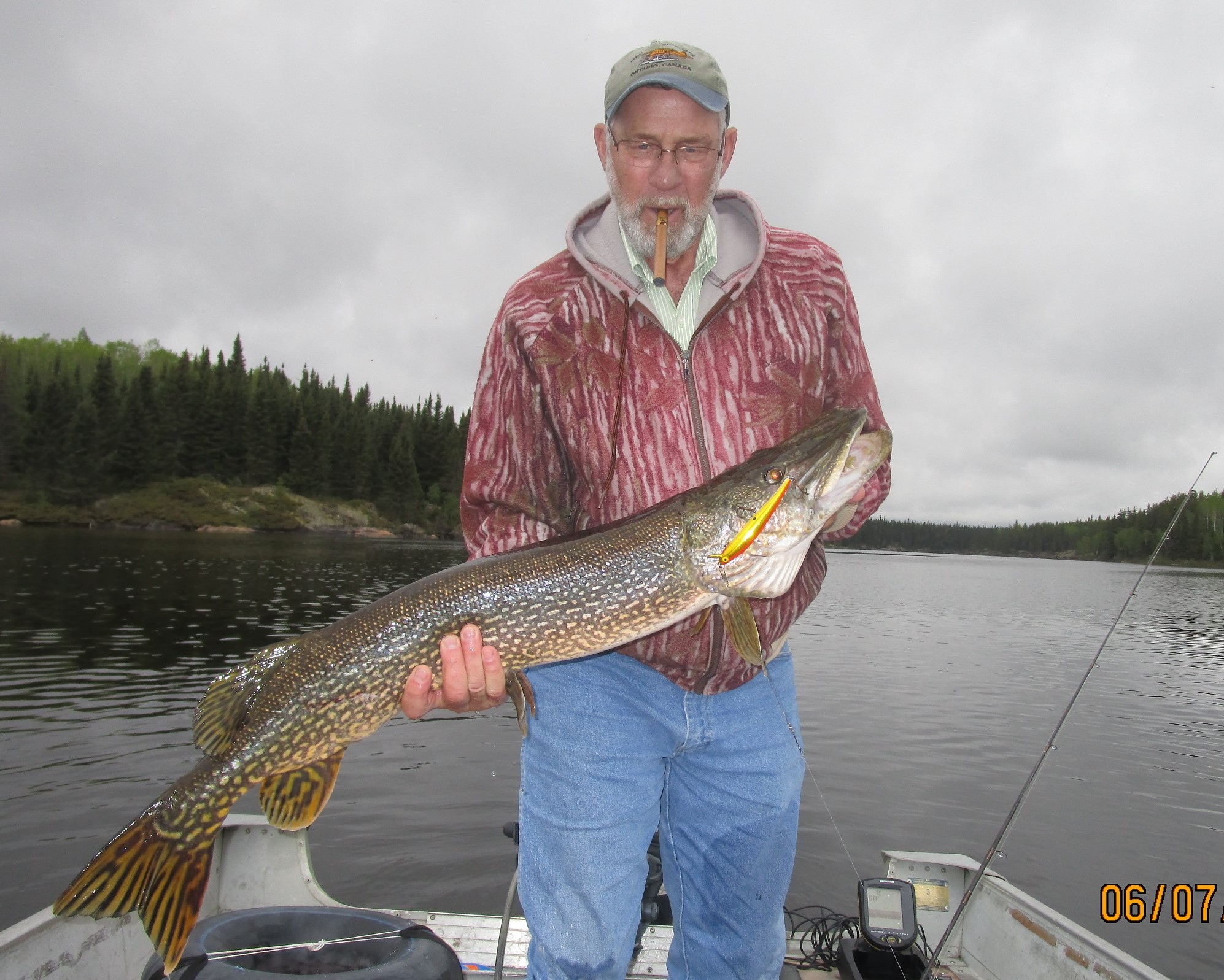