If you put your hand in his mouth, he will bite you!!

The Herrington/Clarke families have been fishing with us since 1998 and have had countless memories on the Cobham.  2013 was no different than the rest.  They have a plaque that goes to the winner of the walleye and pike contest.  After each trip in he must look after the cherished bragging tool until the next trip when he is to defend his title!  Their experience on this lake shows, each year they catch numerous trophies. Here are some of their pictures and stories they had to tell on their way out.

Brad caught a contender sized northern pike, a 38.5 inch, and they were able to land the beast.  As quick as the pike was in the landing net, he flipped and was back in the water.  The pike sat there motionless for a moment and Brad reached into the water and grabbed the big pike by the mouth and pulled him back in the boat like a flash!!!  The only problem with that was getting his fingers out.  Pike’s teeth have something on them that make you bleed profusely!  The silence of the north was broken at that moment when the sound of screams and laughter echoed through the bush as Brad pulled his hand out of the fishes mouth.  Here is his hand a few days after. 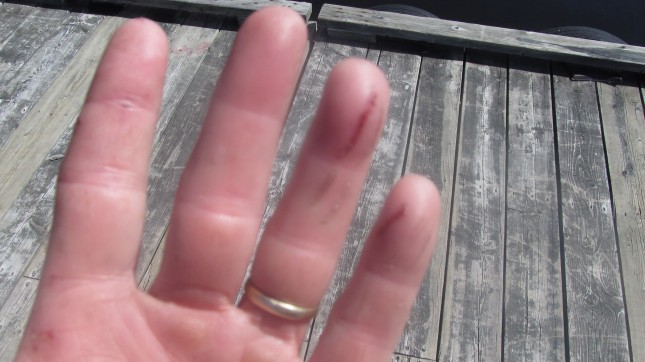 Happiness would out weigh the pain for the photo!!! 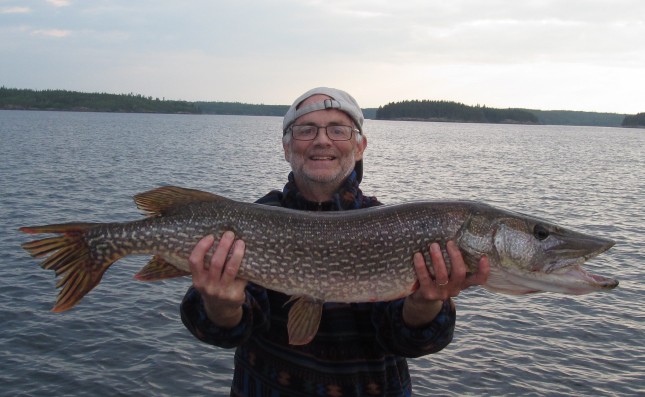 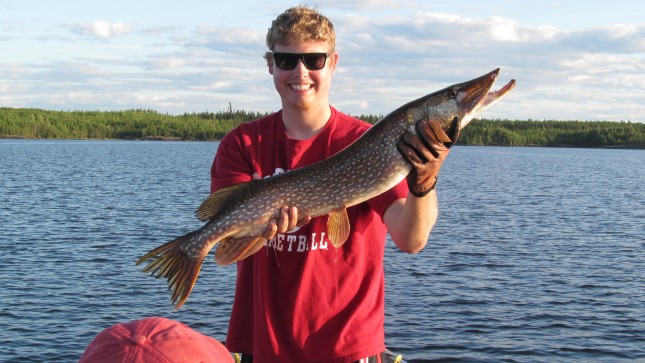 Brent took home the coveted plaque with this monster!! 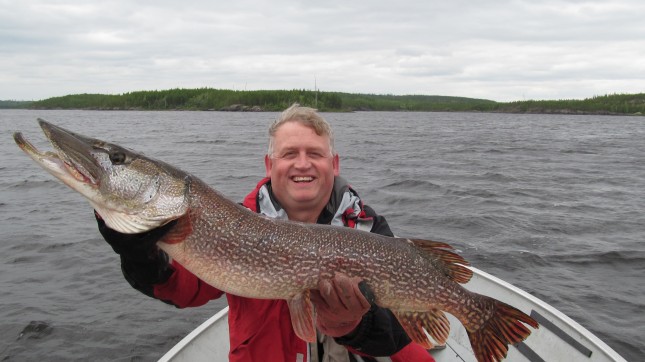 A 41.5 inch trophy pike.  Look at the thickness of her.  We have heard many comments lately on how thick all of the fish are in our lakes.  Definately all healthy fisheries. 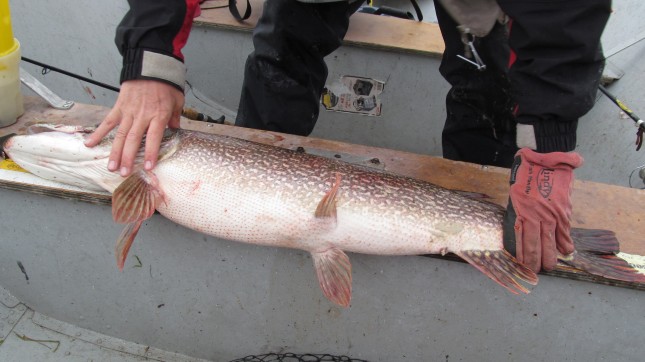 Heath took home the biggest walleye prize with this 25 incher caught in dramatic fashion on the last night…. attacking a 18 inch walleye he was bringing in!!!  They were able to land both fish when the walleye would not let go.  They had lots of attacked fish.  They were also able to land 2 pike that attacked small fish they were bringing in, one on a small walleye and another on a small pike. 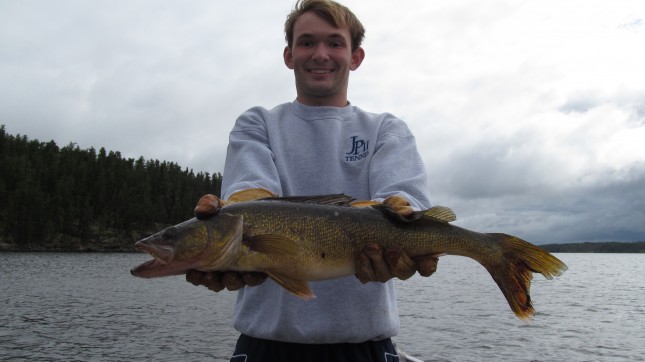 The only problem they had was no bacon.  Somewhere between Brent’s fridge and Cobham Morley, it got lost.  They noticed on Day 2.  He was still getting flack for it on the 7th day!  In place of the bacon wrapped walleye they had walleye bits in buffalo sauce.  Thanks for the pictures boys,  see you next time.