Every year Jim and Betty Peters make their way up to see us in Red Lake to go on vacation in the north.    They have found their home on Loree lake and have been there more times than anyone.  They started going there when we had an old log cabin and a gravity fed water system and a shower outside.   We appreciate the many people they have brought with them over the years, exposing them to the great fishing Loree has to offer. 2013 proved to be as good as any other.  2800 fish in 7 days for 6 people.  Many of them were trophy sized fish with a 27 inch walleye being the largest caught and released by Bernie.  The story of the trip was told by Sally, the Rookie.  She caught a nice 23.75 inch walleye when all of a sudden it got a lot heavier.  A thick 37.5 inch pike grabbed the big walleye and took off with it but Sally had it hooked well.  After the fight, the pike was still not willing to let the walleye go and they were able to land both fish!!  The weather was good enough that they were able to have 5 shorelunches during their stay.  Not always fish but they cooked on a fire out on the lake and sat and enjoyed the silence and scenery.  Here are a few pictures from their fishing vacation. 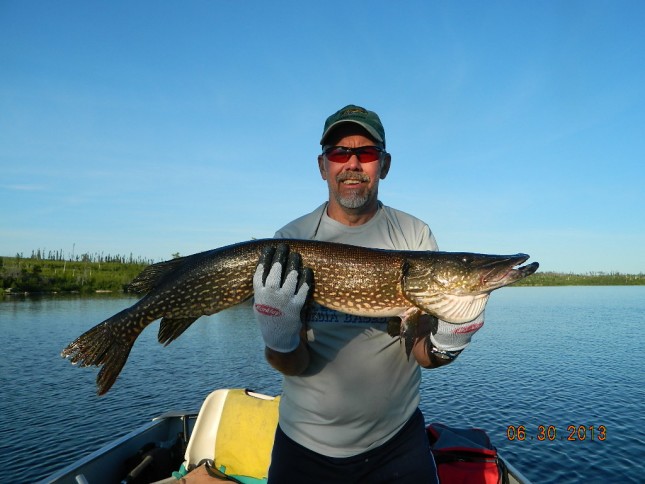 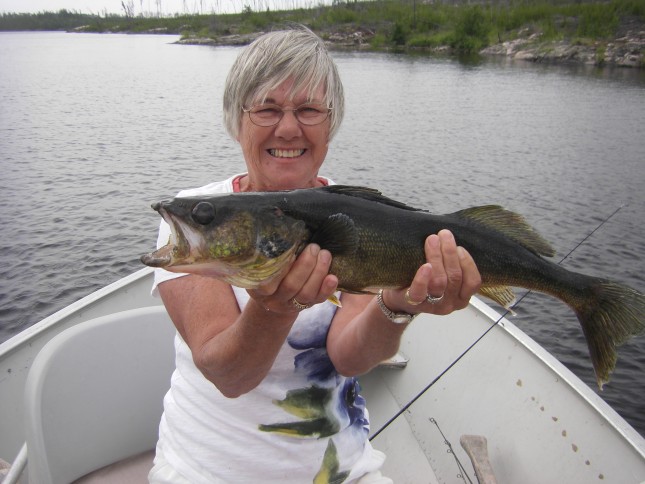 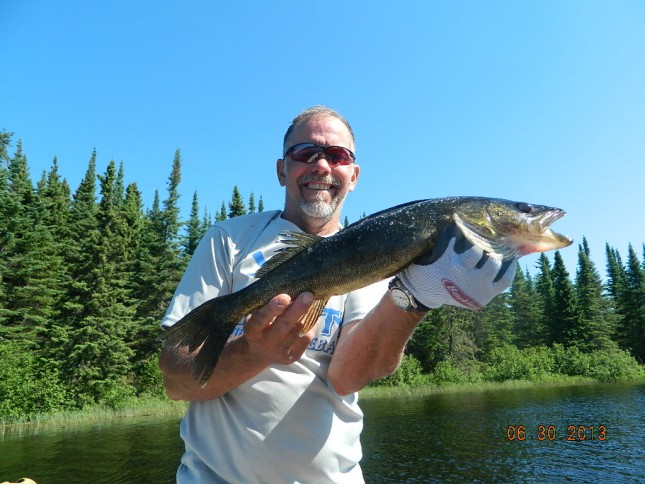 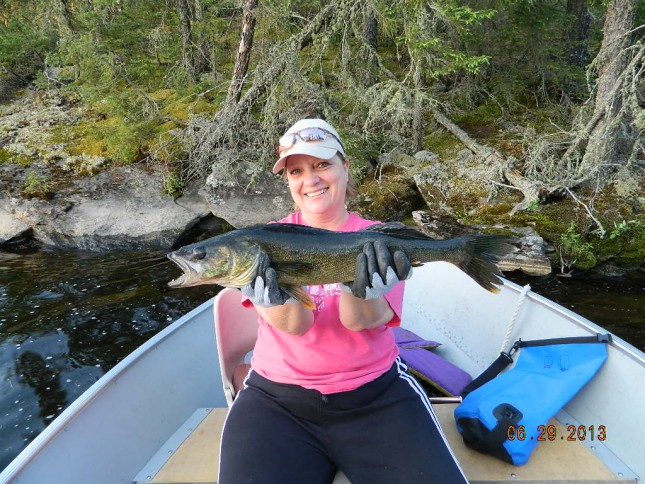 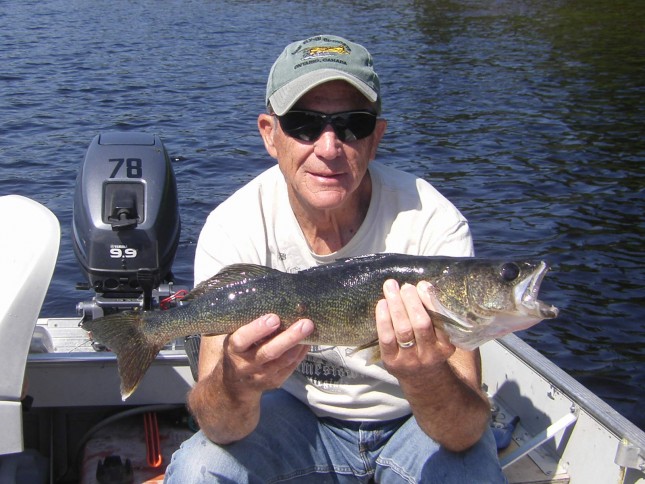 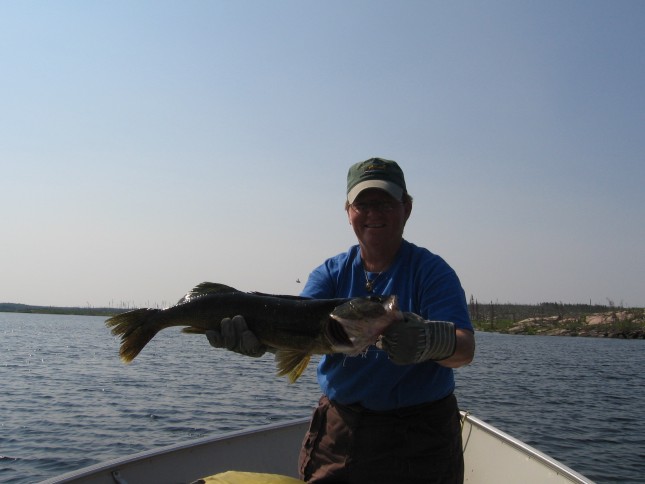