Fishing has been Awesome!!

We have been operating at full capacity here at Amik Outposts for awhile now.  So many trophy fish being caught. And each camp that comes out…the better the report is.  The weather has been awesome!  Sunny almost everyday, the odd calm day but mostly decent winds to help out the fishing and temperatures in the 70’s!  The fish are in 6-10 feet of water and are in their usual spots for this time of year.  We have heard from a number of our regular guests who fish the same time each year that the fishing has never been better.  Some people reporting unreal numbers of fish and others saying the quality is better than previous years.  All I know is that every single fisherman/fisherwoman has been ecstatic, huge smiles and great tans!!

Here is a report from the last week or so.  This is just a sampling of the fish that were caught and released at our outposts recently.  This happens every week!!

The McCarthy party usually fish at our Cobham Daniel outpost but due to schedules had to give up their week earlier and fished a week later and went to Blackbirch Lake.  Blackbirch is an awesome fishery and these guys had no issues at all for their first time on this body of water.  In fact they did excellent!  Many trophy pike!  The largest for the trip were 2-43 inch, 1-42 inch pike and one 40 inch trophy pike.  This group will be back on the Cobham next year.

The Schmidt party did their first flyin to Cherrington lake and as the old saying goes…They are hooked!  Excited at the thought of doing it next year…  They caught lots of fish as they came out of their post spawn lull, finishing off strong.  Biggest fish for the trip were a 40 inch pike and a 25 and 27 inch walleye.  Their neighbors at the point cabin were a big help.  Thanks to the pointers and information from the Krapac party they learned a lot and got a great handle on fishing Cherrington lake.

The Tarara party made their return to Findlay lake.  Here is a picture of a nice walleye that lake holds.

Jeanette Lake continues to produce BIG Fish.  Here is a 38.5 inch pike from the Tylinski party. 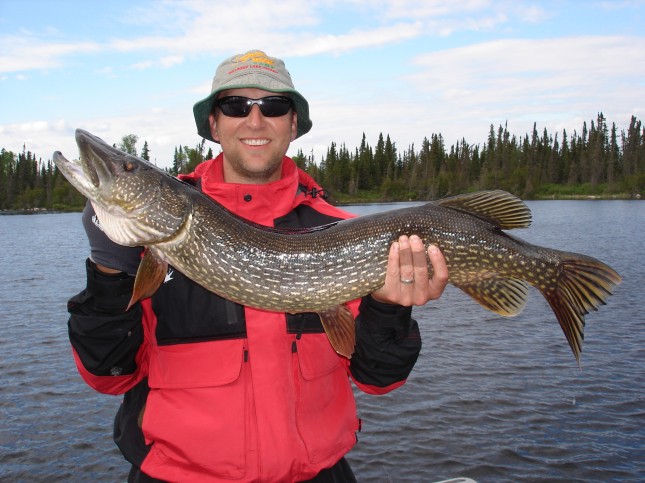 The Krall party was the most recent to fish Jeanette’s waters.  They love walleyes and they love Jeanette.  They did their usual there last week.  Relaxing, enjoying the beauty of the north, and slaying the big walleye!!  They caught and released a 25, 27 and 28 inch trophy walleye.

The Pranga party made their return to Cherrington lake and had some great fishing.  They caught 2-24 and a 25 inch walleye in addition to countless 20 plus inchers! 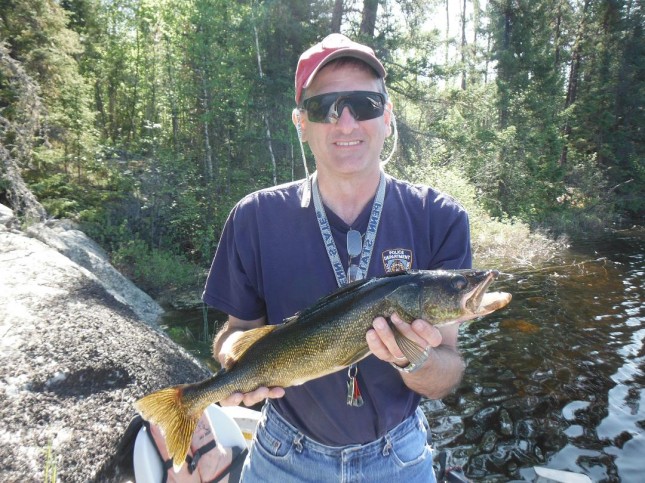 Vernon Schroeder has been fishing all over Manitoba and Ontario since the 1950’s.  He has been with us in the past and had been to Blackbirch when it was brand new in the 1980’s.  The hand pump was the running water and was high class then… He has many stories to tell and it is great to listen to the experiences he has had in his lifetime of flyin trips.  Vernon, who is 90 years old, his son-in-law, and his grandsons made a trip to the Cobham River.  The Cobham did not disappoint them.  LOTS of fish and Vernon caught a 40 inch pike!  It was great to see him again. 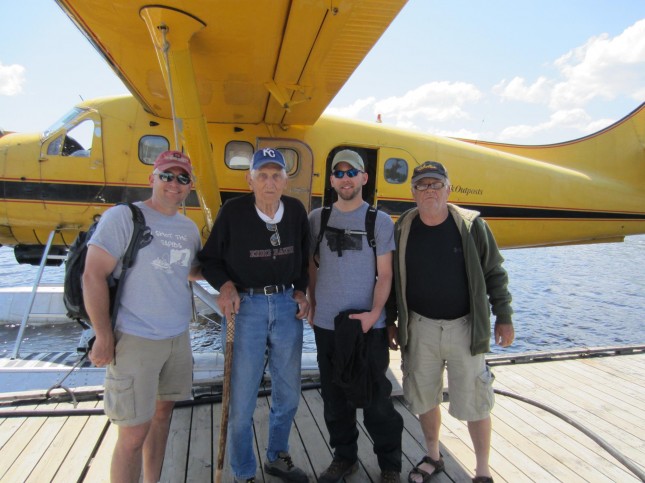 Vee lake had the Shipp party fish it last week from Arkansas.  They had a great time and caught some great fish.  The rainy days were better fishing days but caught many fish throughout their trip.  The largest were a 41 inch pike pictured below and a 25 inch walleye. 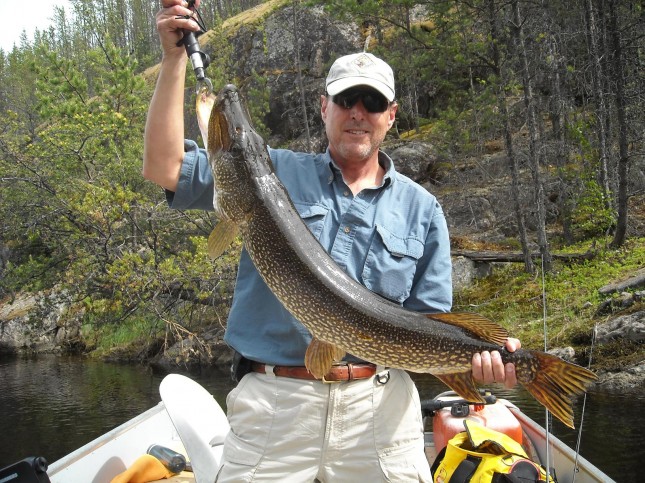 Darkwater lake has shown itself to fit right in with the rest of our lakes.   We have had some of our long time guests fish it and they rebooked to go back the same time next year.  The best fishing is within 10 minutes from the cabin and lots of fish.  Many walleyes have been attacked at the boat by huge pike!  The most recent fishermen to fish on Dark Water were the Hendricks family.  Great numbers of walleye with a 23.5 and 2-24 inch walleye being the biggest.  They will be back next year to take another shot at Dark Water.

Shearstone Lake had the Lindberg/Jias party.  Tim and Dan have made 48 consecutive trips together.  That is a lot of fishing hours and miles travelled exploring the north.  Shearstone was as good for them as any of our other lakes they have fished.  2-42 inch monster pike were the biggest and a 24.75 inch walleye.  No shortage of action and many big walleye.  Looks like it will Cobham in 2014 for these adventurers.