Today it is near melting!  Such great weather to be outside in the sunshine!  I have been trapping a bit until our commercial Perch fishing season opens on January 15th.  Catching weasel and mink so far and I am close to some pine martens and a fisher.  I am making a couple bucks but I am at home being in the outdoors.  My Great Uncles, the first generation of my family born in Canada who moved from Finland made a 1/3 of their living trapping, as well as farming and fishing.

I will be back on the Lake next Tuesday for the beginning of perch season.  I am looking forward to it and I hope it gets cold,  fishing is better when the weather is awful!  Here is a picture of a mink I caught today.  A coat of these guys would be awesome! 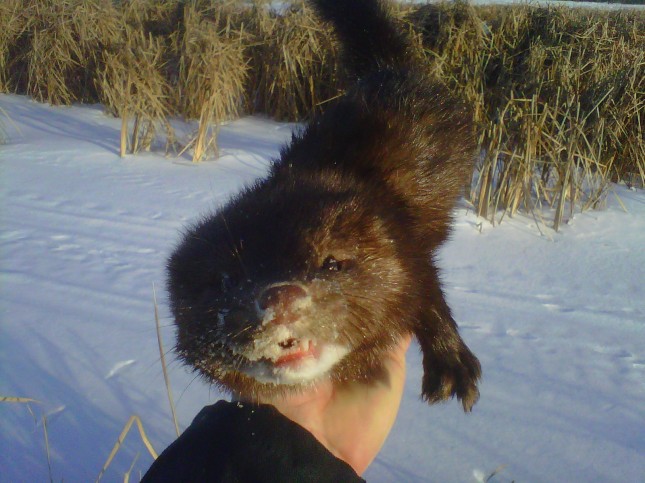 I have also been working on our website, updating picture galleries for each camp.  Check out some of the Trophies that were caught, and released last season.  Growing Bigger for you to catch next year!!!!!   Here is just a sampling of the trophies caught and released at our Cobham Daniel Cabin last year.    Other camps have been updated as well and more to come  in the near future.

Also Congratulations to the U.S. Junior Hockey team who won the U20 World Hockey championship over Sweden taking home the Gold.  The U.S. team was 7th last year.  Canada ended up 4th this year.  Losing in overtime to the dang Russians in the Bronze medal game!!!  That is worse than losing to the U.S.!  First time in 15 years we never came home with a medal.  It doesn’t feel good but I bet we will be mad and determined next Christmas to start the streak over again.