Mother Nature takes its coarse in the North!

It has been hot and dry up here in NW Ontario as it has been in other places.  I am in the office watching the weather as it looks like we are getting some much needed rain up north as I type.  But after tonight, we go back to awesome sunny weather.  Lets hope the storms up there do not start many new fires.  There are a couple of fires near some of our lakes but we are not too concerned with them yet.  As far north as we are, the Natural Resources only protect our cabins up there and the fires burn as they have for centuries.  Cleaning up the forest, rejuvenating it.

Your personal safety should never be at risk during these fires if it were ever to come near you.  You have a boat at your disposal on a lake big enough to get out of the way.

The fishing though has been as good as it ever has been.  The Kusmerz party came out of our Cobham Morley cabin today and had another awesome trip.  Walleyes were unbelievable and there were quite a few Trophy Pike.   Bill Jr. caught a 42 inch Trophy Pike on the first day.  The quotes on the way out were all very similar and included words like, phenomenal, unbelievable, great trip, and super.  They did not want to get on the plane to go back.  Here are a few pictures from their trip and some of Mother nature cleaning up the forest.  The fire was 10 miles away.  It is very deceiving  from the ground when the smoke billows upwards of 12 000 feet in the afternoon. 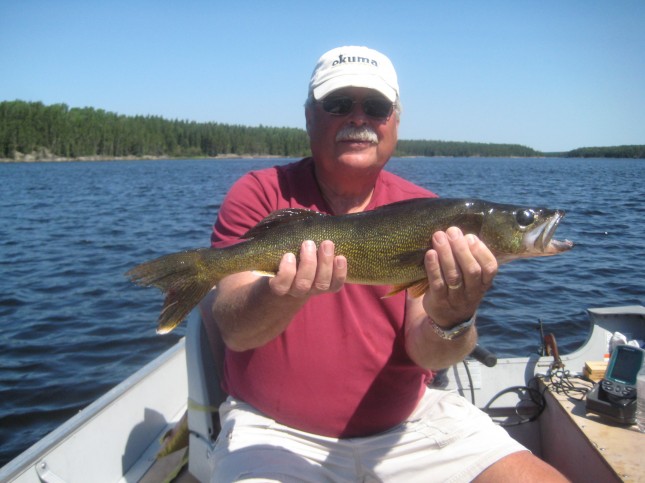 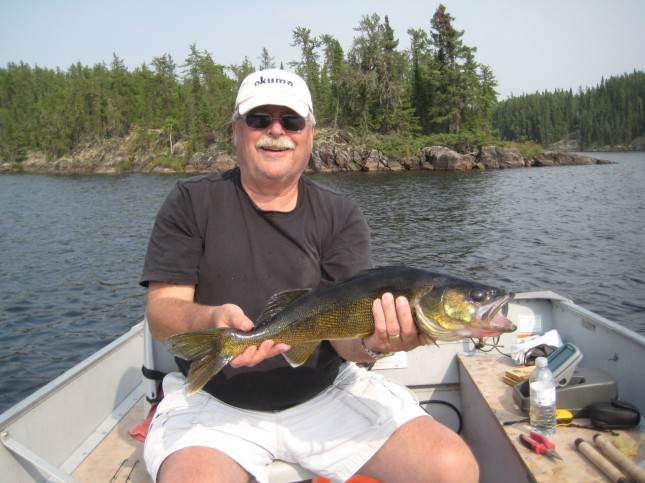 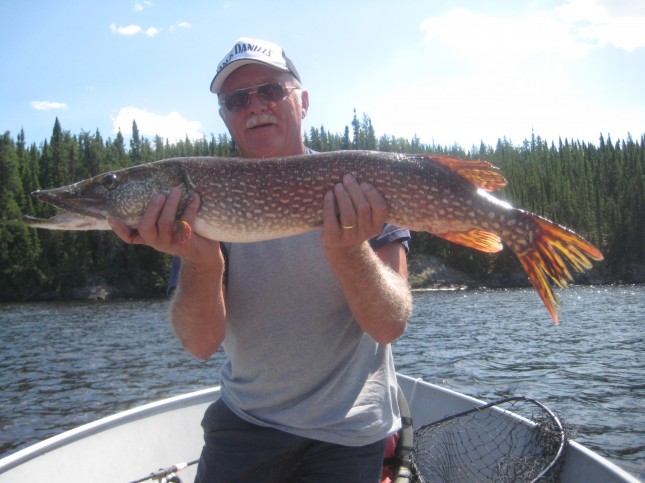