The Olsen Party came out from Shearstone lake today.  This was their third trip and second flyin trip with us to this pristine wilderness lake, northeast of our base in Red Lake.  Everyone is always after the “BIG ONE”, and all of our lakes will give you and your party the opportunity to catch a trophy fish.  We understand that some people like to fish a new lake everytime they come with us, but the ones who fish the same lake every year generally catch a few more quality fish because they already have an idea where to start looking.  The Olsen guys did that this year.  Copius amounts of walleye, on every windy shore in 5 feet of water.  Lots of them measuring 20 to 25 inches.  The biggest walleye for the trip was a 28 inch caught by Al.  The biggest so far to be caught and released.  Dave had the lucky hand when it came to the big pike.  He caught a 41 incher on the last day of fishing!  They also had quite a few big pike measuring 38 and 39 inches.  The northerns were very aggressive on Shearstone last week.  Numerous times they had walleyes attacked near the rapids.  Another time a big  pike attacked their stringer as they were trolling, and wouldn’t let go!  They had an awesome trip and are already looking forward to the next one. 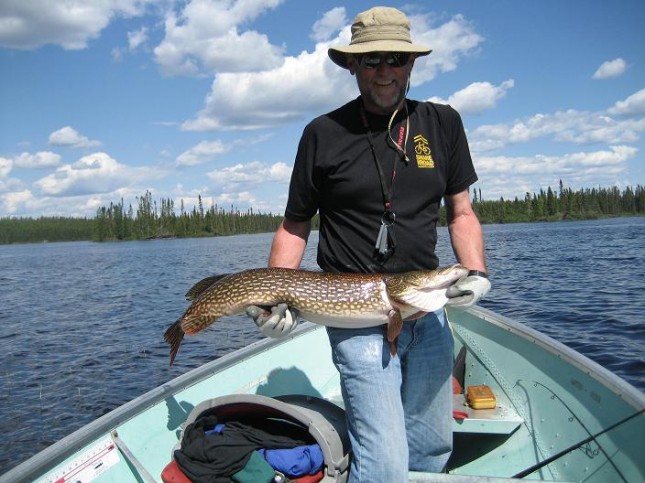 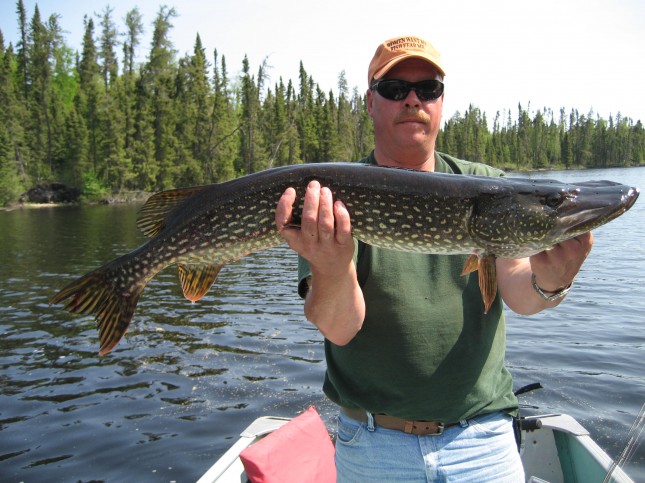 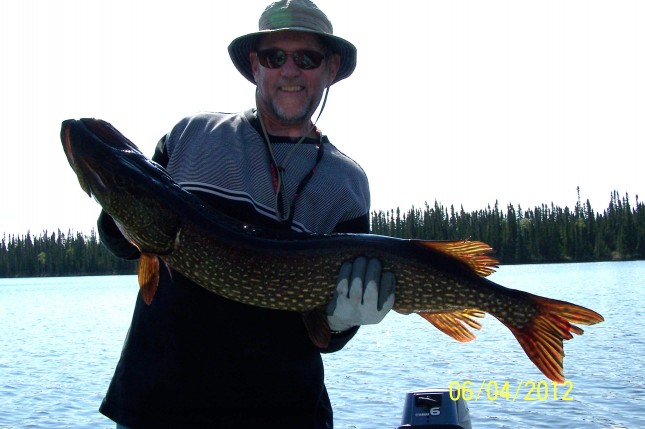