Fishing has been as good as ever on our lakes, and here are some pictures of some good times.

The Davis Party came out from their annual Cherrington Lake trip and caught tons of fish and most of them were BIG! Cherrington is known for having a huge average walleye, and these guys have seen them get bigger every year.

When you fish with us, don’t always rely on your partner to get the net for you….he may have his own big one to land. 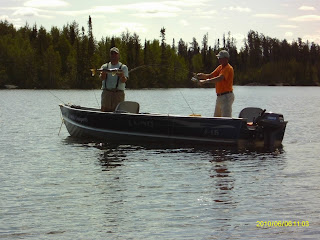 These two 22 inchers must be brothers. 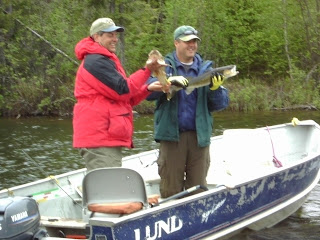 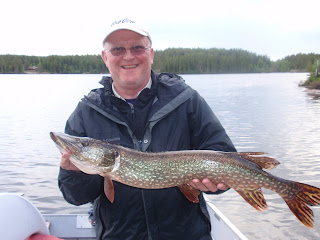 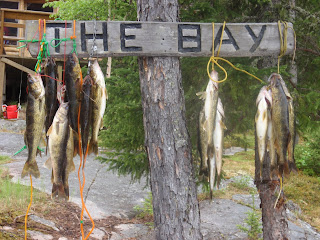 I had to put an Otter pic in today. 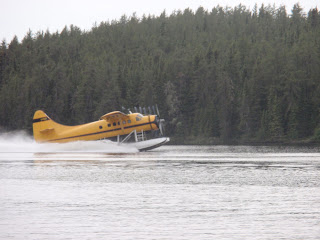 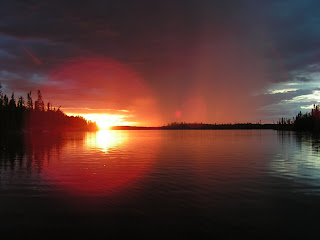 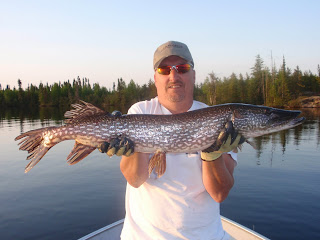 This made Dean’s trip!! A huge 29.5 inch walleye. A quick picture and back she went. 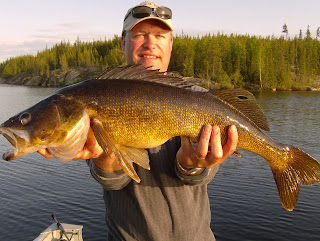 Enjoying the last Blue’s waiting for Johnny to pick’em up. 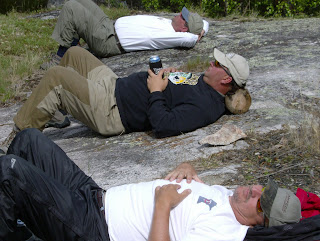 These pictures were from the Daniel Cabin. The McCarthy party came out on the weekend and had a great time as usual. A 41 inch Northern and plenty of walleyes to go around. Same time next year. 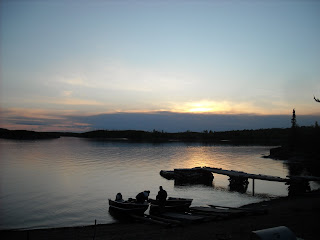 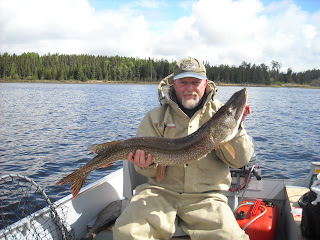 Jeanette Lake. A. Knauf and his crew fished Jeanette lake last week and had some great fishing. A 28 inch walleye and 2-46 inch Northern Pike. These monsters were caught in the same area, 30 minutes apart. Those are really big fish! Anton had caught his 46 incher before lunch and then they went in to eat. On their way back out they looked at that same spot, thinking a few more casts… Dave’s first cast… a 46 inch northern! Anton had the hot hand for the whole trip too, landing a 28, 26, 25, and a 24.5 inch walleyes during his stay at Jeanette. The fish were a little deeper than normal but they were biting hard on even the smallest piece of minnow.

Blackbirch Lake had some nice young fishermen in their 20’s visit this week chaperoned By B. Hendricks(dad), they had a great time and some good color on their faces. They caught lots of fish and some nice ones to boot. Matt caught a 41 inch northern and fishing right off the dock was great. They had 2-22 inch walleyes and a 32.5 inch northern off the dock!

Springpole Lake, the Rockford Party. Pat, Bill and Jim like to fish Lake Trout. Luckily the Lakers are literally right in front of the cabin. They caught a number of Lake Trout the biggest being 16 pounds. They too had some action right off the dock catching walleyes and northerns when ever they fished there. Most fishermen head to the other side of the lake to fish. They also had a visitor in camp, a wolf. Jim was cleaning fish one day when he turned around and saw a big grey wolf 5 or 6 feet away. He yelled and off he went but they saw the old looking wolf every day, down the shore where they took the fish guts. Not many predators when you are the top of the food chain.