Weather is back to normal. So is the Fishing!

Everything has returned to normal in the north, the weather is beautiful, sunny and 70-80 during the day and 45-55 at night. Perfect for sleeping! Fish are still in 10 feet or less for the most part and even went back into the moving water. The Jias party came out today from a Loree lake 8 day adventure. They saw lots of weather in their stay at Loree and had to follow the fish as they changed with the weather too! Walleyes were caught in 4 feet and walleyes were caught in 20 feet they said. Fishing action near any incoming stream was Very Furious for a few days but have seemed to move away a bit in the last couple of days when the sun shone to the windy shorelines. Dan, a true walleye fisherman, named one of the points on Loree “no beer point” because there was no time to get a sip in because there was always a fish on your line! They commented on how great the average sized walleyes were, most of the fish were in the 18-22 inch range and caught a number over 25 inches with the largest measuring 27. A good number of bigger northerns caught as well with the biggest being 39 inches. These guys have fished many lakes in Ontario and were very impressed with the quality of fish they caught this week.

Lots of wildlife sightings too, they saw 8 moose, 2 bears and of course the marmot “George” who gets along quite well with the fishermen. The grouse also have been drumming all night which makes me wonder if the cold weather has forced them to lay their eggs a second time. One of the cows Tim saw was grazing upwind of them and they continued to troll towards her and got within 20 yards before she saw them… Off like a flash along the shoreline, until she hit a deep beaver run and went down like she was hit by a 338 Winchester magnum, she got up and went again. Another few yards and she tripped again before heading off into the bush! 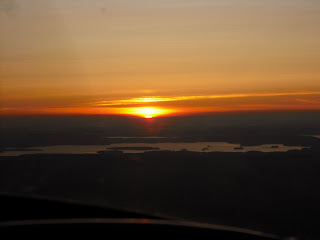 The rivers are raging since the rain last weekend. Some places estimated that we got 8 to 9 inches of rain. 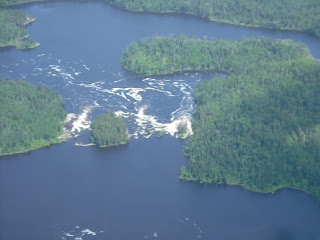 A nice clear day, off of the “East side of Bridge” headed northbound with Red Lake in the background. 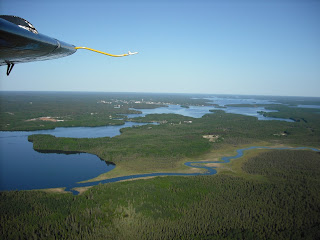 I just had to take a picture of this cooler. 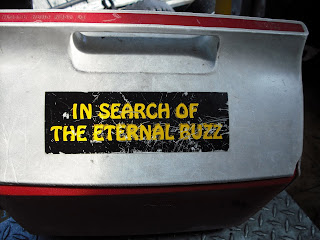 Having the best fishing of your life my help in this search!

If you are on Facebook feel free to add Amik Outposts as a friend to keep in touch or share pictures and stories here. Amik Facebook