It has been rather windy up here the last few days and we have had a number of violent thunderstorms and even a tornado touching down in Ear Falls. The weather is supposed to even out now and it will make life easier for anyone whose number one job for a week is to stay on the fish!!

Last years winners of our photo contest came out of Shearstone today and had a great time. A little cooler weather than they are used to in July than they get in Kentucky but no bugs to speak off. The fishing was good throuhout their stay but was awesome on their last day….I tell everyone that we work it out that way. LOL

They had an intersting story to tell when they came out. Bobby D. caught a nice 34 inch northern, which is normal but as it got closer, his dad noticed something sticking out of its side. As they brought it closer they could see it was a lure. A previous fisherman on Shearstone had obviously caught this fish and the hook must have been too deep in his throat to get out so they did what they were supposed to do, cut the hook off your line and release the fish. This northern appeared normal in weight and fighting strength except for the hook jutting out of his stomach. After landing the fish, they were able to get the hook out and a leader too, which was not even hooked to the rapalla anymore! This tough customer was released and swam away a little sore but I am sure ready to heal up, get bigger and fight another day.

Here are some recent pictures from my camera. 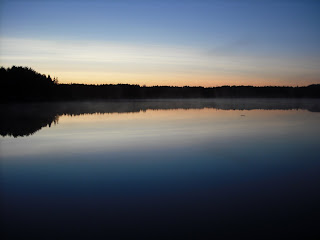 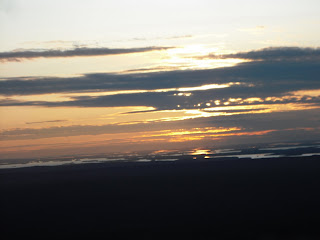