More Smiles!! From Cherrington to Springpole

Two more groups of fishermen changed over today and there was smiles all around. The Shanks guys (and Girl) had an awesome time for their first flyin. Springpole lake was a perfect match for this 3 generation trip. Everyone caught more fish than they ever expected. Lots of Walleyes up to 25 inches and a number of Northerns in the upper 30’s, even a few Lake Trout right in front of the camp!

Cherrington had some long time guests from Missouri who fish a different lake every year. They had great time on Cherrington. It would not matter which lake they fished, these friends would still have a good time. Here a are a few pics of their trip. 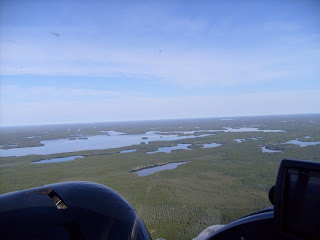 Shorelunch on the first day. I don’t think there is a better meal on the planet! 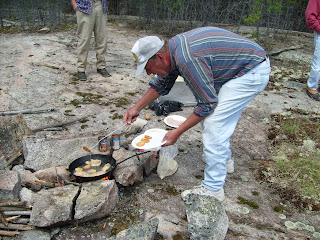 Bill caught more than he bargained for while he was waiting for Tom to use the Restroom(bushes). This medium sized Northern was hungry. 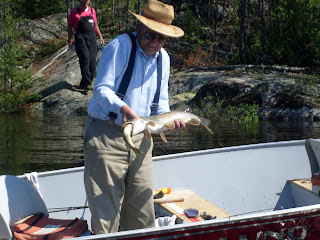 Tom with one of hundreds of Walleyes he gave a sore Lip to. 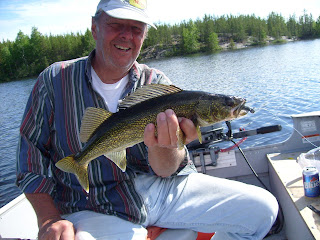 Jim with a nice Northern 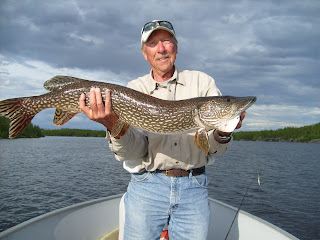 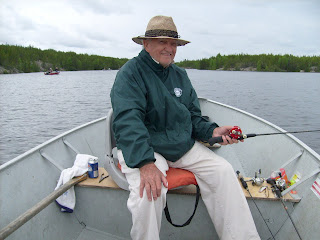